On the fifteenth day of Christmas, Glass Eye Pix gave to me “Wild Ride”, a spirited adventure that doubles as a loving homage to old school horror. 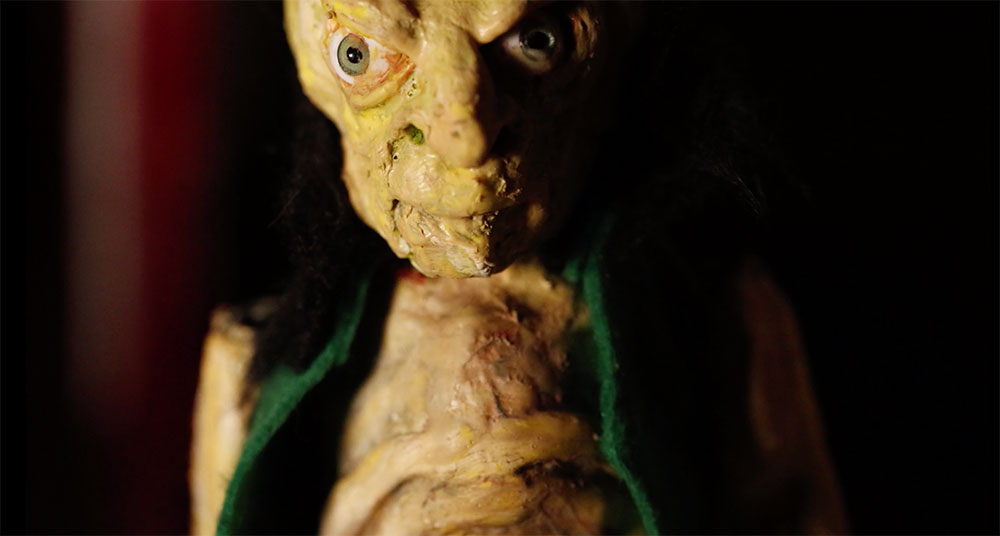 “Wild Ride” perfectly plays with tone and expectations, setting up an extremely creative premise that pays off in spades — with an ending that is sure to leave you smiling from ear to ear. With mesmerizing visuals and a pitch perfect score, this lovingly crafted short is a gift that keeps on giving. 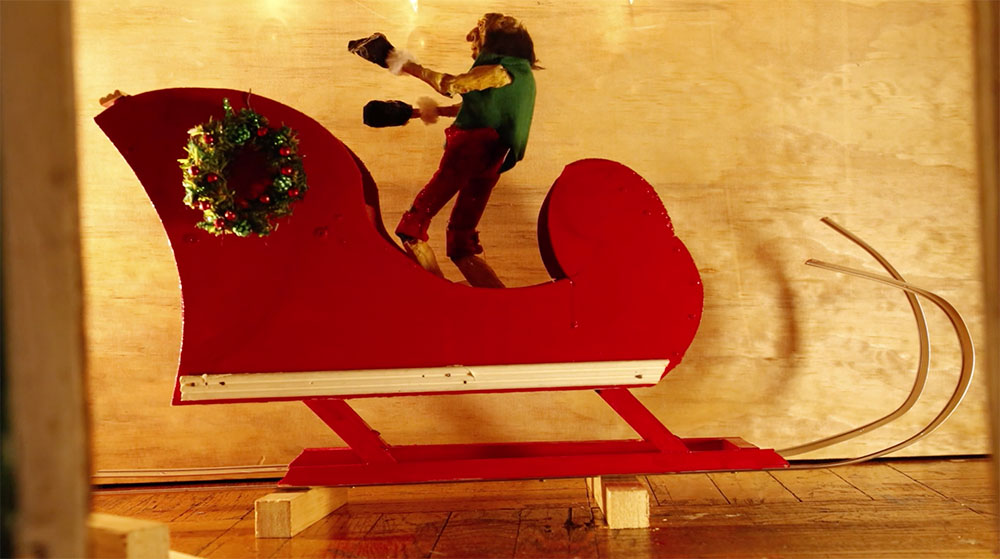 Fessenden’s prompt was SLEIGH, and he explains his creative process for constructing his memorable short.

“I love the idea of improv animation, a kind of run and gun immersion where you are discovering the shots and story as you go and animating in the moment. I knew I had a play on words with my Creepy Christmas prompt SLEIGH, so I wanted a tone that oscillated between menace and merriment, which I guess is how I experience reality anyway.”

Larry goes on to explain:

“I conceived of a mischievous elf who was either building a sleigh or plotting a murder. I bought a snap-together Lego Star Wars figure and molded the elf-flesh on top, and then I sewed his groovy elf-threads. All the other cast members were plucked off the shelves in my lair. What an opportunity to see all these iconic characters in a movie together.” 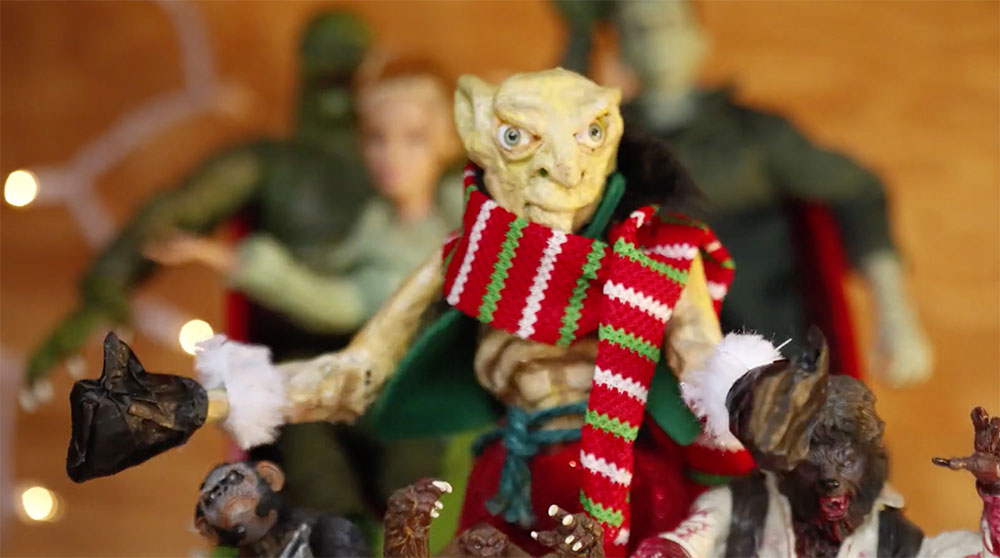 “Much appreciation to all the artisans who designed the fabulous creatures that haunt and inspire me. Thanks to Will Bates for the music. Thanks most of all to Beck for giving me this assignment and for offering to help and for letting me say ‘no I want to do it on my own’.”

The incredibly talented and prolific LARRY FESSENDEN directed the art-horror films NO TELLING, HABIT, WENDIGO, THE LAST WINTER, BENEATH and the forthcoming DEPRAVED. He has dabbled in animation, puppet shows, comic books, video games, rock and roll, radio plays, acting — and he has produced over 50 movies and acted in just 100. He is CEO of Glass Eye Pix, a NYC production shingle with the mission of supporting individual voices in the arts.

​​Check out “Wild Ride”, Larry Fessenden’s submission for Day 15 of the Creepy Christmas Film Fest below.