Finding Answers For The Halloween Series

Halloween is one of the most iconic and beloved Horror franchises of all time, but the series’ complex mythos has been known to keep fans guessing.

With the new Halloween now literally months away, it got me thinking about the other films in the iconic series. As much as I love them, there are a few unanswered questions and confusing details that gnaw at most diehard fans.

With a very unclear Strode/Myers family tree, multiple storylines that don’t seem to connect, and more mystery than clarity around Michael Myers’ motive(s) for killing, it will be interesting to see how (and if) the newest film in the franchise attempts to address the following questions.

What exactly is the Strode/Myers family tree? 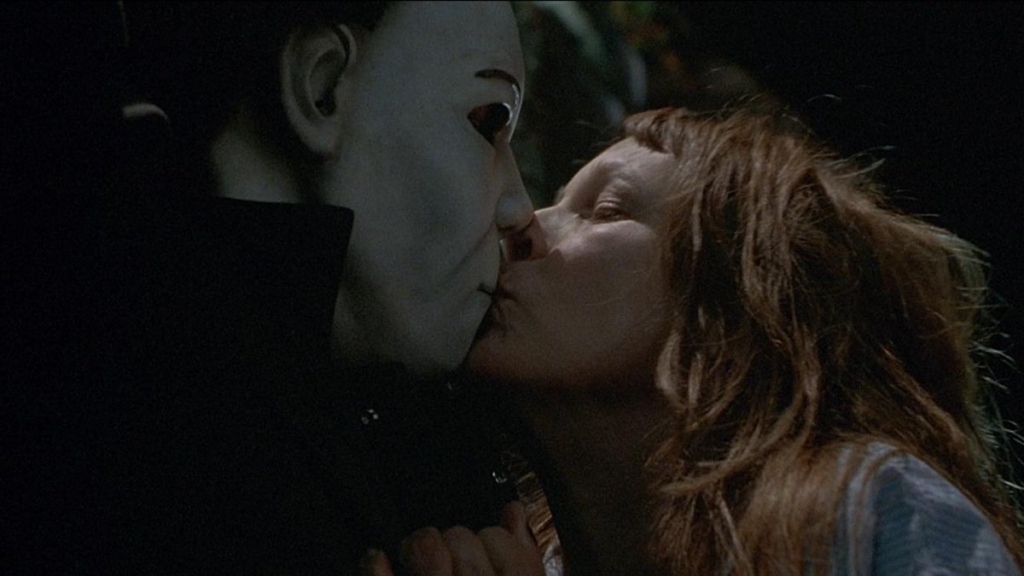 Let’s first look at what the Myers/Strode family tree looks like. In the first Halloween, a six year old Michael Myers kills his older sister Judith. Ok, off to a good start…easy, right?

Because the movie became so popular, fans and the studio demanded a sequel (Halloween 2). What John Carpenter begrudgingly came up with was the storyline that Laurie Strode was really Michael Myers’s sister. She became a Strode after being put up for adoption.

Part four comes out, and suddenly Laurie Strode has a daughter named Jamie. Although the father is never named, it is assumed that it was probably Jimmy. The fans never find out because Laurie and the father were “supposedly” killed in a car accident. Jamie is adopted by the Lloyd family.

In part five, Jamie’s adopted sister Rachel is killed off. 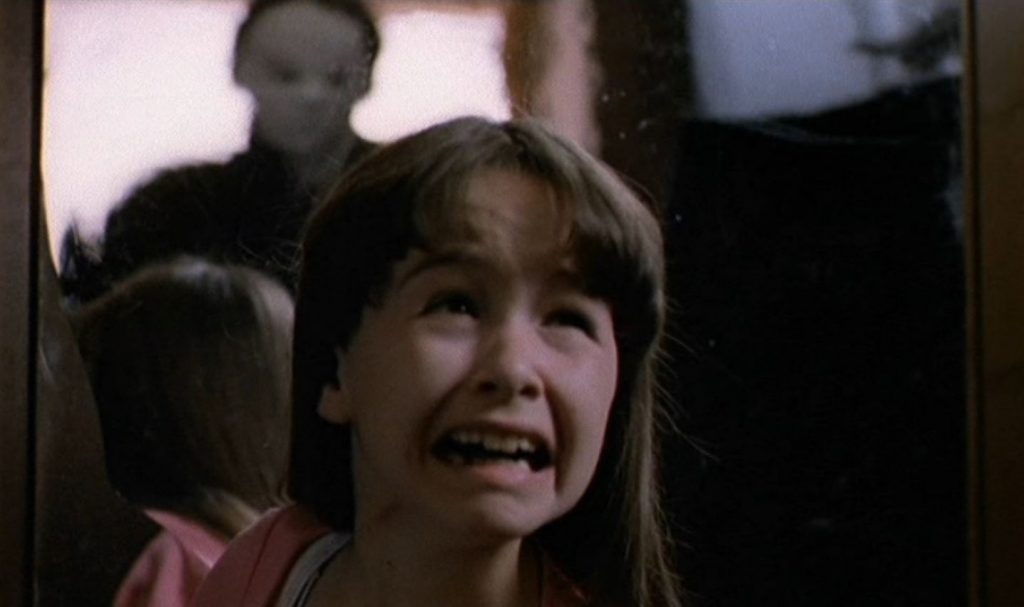 In the 6th installment of Halloween, the writers take the family tree and split it down the middle. Jamie is now grown and has a son (Steven Lloyd) of her own. Although, again, the fans do not know who the real father is. It is assumed that the donor was someone from the cult (or maybe even, sicker, Michael himself). Michael Myers catches up to Jamie and kills her, but her son ends up surviving with some help.

The writers also explore the Strode side. Laurie Strode’s adopted uncle has a daughter named Kara Strode. She in turn has a son named Tim Strode. Michael kills both Laurie’s adopted uncle and aunt. Ok, the tree is getting a little murkier. But now here comes the twist…

In Halloween H20, the fans find out that not only is Laurie not dead, but she has a son (John Strode).

Apparently, she faked her death and moved to California to become a school teacher. Again, we do not find out the father of this son. John survives the night along with his mother. No mention is made of having a daughter Jamie.

Part 8 of the Halloween series has the moment all fans had dreaded, Michael Myers catches and kills his sister Laurie at a mental institution.

Rob Zombie made only a few changes to the family tree outlined above. Right away, it is revealed that Michael Myers is Laurie Strode’s brother. In these versions, Michael kills both of Laurie’s adopted parents.

How do we connect the three current, separate storylines? 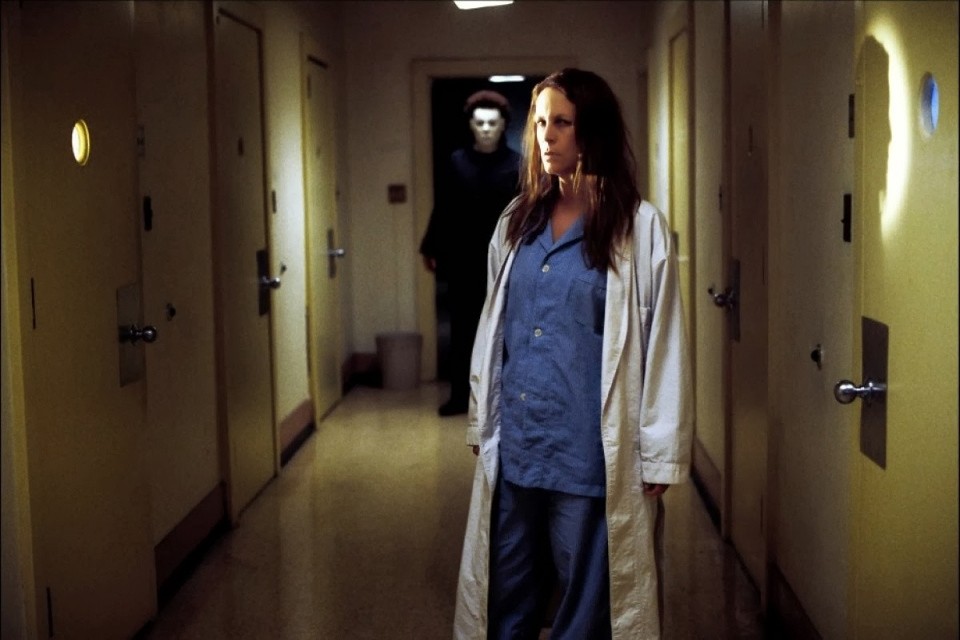 If one was starting off watching the Halloween series, most die hard fans would recommend watching them one of two ways first. The first would be to watch them in order and just deal with the inconsistencies. The second more popular choice would be to divide and conquer. Fans would say: watch Halloween, Halloween 2, Halloween H20, and Halloween 8.

It would then be recommended that you watch parts 4, 5, and 6 together.

If you are looking for an interpretation of the original storyline, it would be recommended that you watch Rob Zombie’s (somewhat controversial) Halloween movies.

Not many franchise fans would recommend Halloween 3 at all because it does not contain Michael Myers as part of its storyline. Although the original movie is playing on a television in the gas station, and Michael is seen on tv.

Halloween movies 1, 2, 7, 8 revolve around Laurie Strode evading Michael Myers. Michael has only one goal, and that is to kill Laurie (and anyone that gets in the way of that goal). As mentioned earlier, she has a son John, but in this world Jamie never exists.

The focus of Michael Myers in parts 4, 5, and 6 becomes killing Laurie’s daughter (Jamie). First, we see Jamie as a little girl having to survive the boogeyman. In part six, it is Jamie’s son that has to survive. Parts 5 and 6 include that idea that Michael Myers has protection from a cult. The cult’s motivation is to allow Michael to roam free to make human sacrifices. 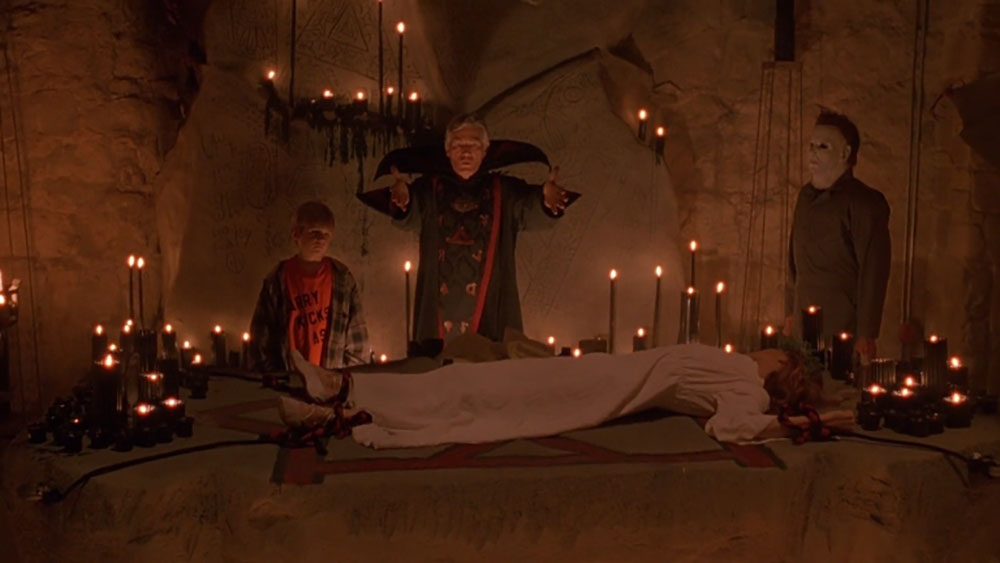 The reboots of the Halloween franchise in the hands of Rob Zombie took a little different angle to the characters and story. Laurie is not some innocent, book nerd, but instead a witty, troubled girl. It also hints that signs of Michael Myers becoming a future serial killer were all around. Zombie also shows how Michael survives and thinks when he is alone.

The connection between Halloween 1 and 2 was perfect. The third installment should have been made, but never named after the Halloween series. Parts 4-6 would have worked fine had Laurie not returned in Halloween H20. If they really wanted to readdress only the Laurie story, then the Jamie Lloyd character should not have been created.

The roll over from 7 to 8 was fine, but the story completely takes a left hand turn onc