Have you ever wondered what it would be like if your school was under attack by mutants? For those with intrinsic imaginations who have, this show is right up your alley. What seems like just another ordinary day soon turns into a battle of heart and will as a small town fights to stay afloat when all hell breaks loose, threatening their existence.

A chemical plant explosion wreaks havoc on an unsuspecting high school and its students one Saturday afternoon, leaving students questioning what’s really happening outside school walls. Things are definitely not what they appear to be in this freak packed side show, as students are yanked from their comfort zone and thrust into a bizarre game of chance where unexpected surprises loom around every turn. The schools emergency alarm sounds, signaling for the school to go into lockdown despite the theory from some of its students that’s it’s all simply a drill. Luckily, everyone makes it inside just in the nick of time, as the chemical filled air wages an all-out war on the town’s occupants.

Pinned up against their will and warned not to leave, a teacher and his students prepare for the unexpected as chaos boils over, spewing forth its diseased ridden tongue, threatening to tear apart the world they once knew. 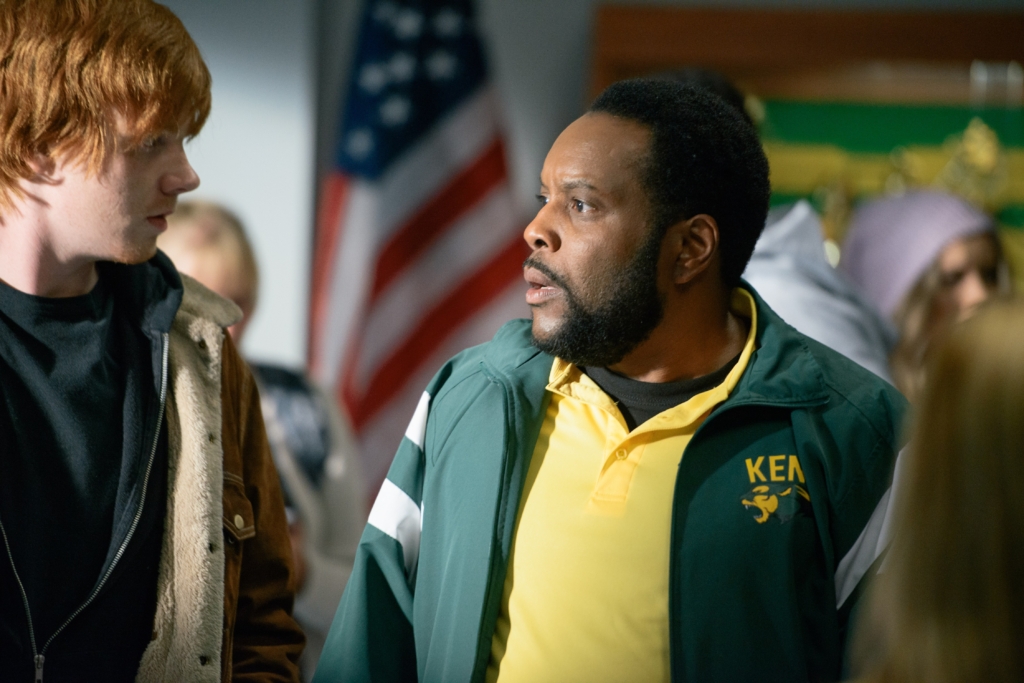 We join Chad L. Coleman (“The Walking Dead”, Horrible Bosses) as the teacher, ushering in students, fearful of the chemical breeze. Worried their family members might have been caught in the morbid mess, a small clump of classmates decide to brave the poisonous atmosphere against the caring advice of friends, heading out in search of loved ones while those remaining barricade themselves in, in a dire attempt to survive. Trapped with nowhere to go, students face shifting problems such as no contact with the outside via radio or television, and the schools water supply diminished. I was really impressed by this show and its ability to create an entertaining and yet, at times, very intense show that only gets better with each episode.

There were some really promising aspects of this show that detained my attention and held it for the entirety. First off, the acting was top tier even though the characters didn’t exhibit qualities found in most of your average teenagers. At times their characters seem to be above the intellectual parallel causing them to appear to be more adult than adolescent, which is fine for this type of show, although not necessarily true had the show been reality instead of fiction based. Another quality that tugged at my coat was how the end of each episode left you cliffhanging for the next, a skill set of a great show, reminiscent of the television show “Lost”, a personal favorite of mine.

I was formally engaged with the acting chops of Leo Howard, Liza Koshy and Adam Hicks. Leo Howard gave a great rendition of the clean cut, relatable and likeable boy next door character of Grover Jones, whose main concern is taking care of his sister, who’s unwillingly been plugged into the same situation as her big brother. Liza Koshy adds pep to the cast as the bulb bursting beauty and brainy outcast Violet, Grover’s love interest. She hands in a very believable shot in the arm jolt to the show, keeping it grounded. Also worth noting was the superior acting of Adam Hicks as the not so lovable tough guy, who in my opinion is the skin staple holding the show together. 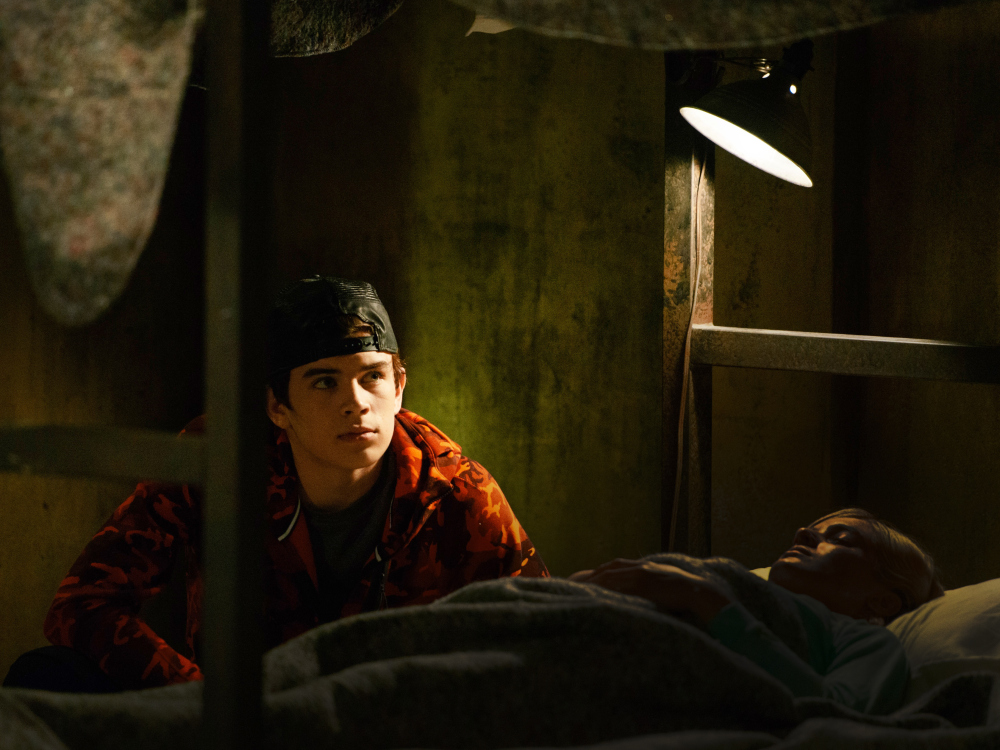 Not only do the students have to try to survive what’s going on all around them, they also have to find a way to put away their differences long enough to come together as a group and figure a way out of the proverbial shit storm. Along with everything else that’s accosted them, the student body sustains troubles of locking down the school and making sure the contaminated air can’t penetrate the cracks in the school’s facade.

The sound for the show fits like a puzzle piece, giving it a healthy perimeter as it balances great acting with graceful storytelling and slightly above average special effects and makeup.

The thing that stuck with me the most was the embracing cast, amping you up for the voyage while leaving you rooting for everyone to survive. The casting for this show hit the bullseye and definitely deserves recognition for a tremendous job, selecting a cast that vibes together and brings the show to life. The cinematography was like a warm heartbeat, very homely and comforting, despite the apocalyptical setting. The only con I have about the show is its slight slack on special effects makeup.

But other than that, I was so vested in the show, I burned through it like a chemical splash, leaving me waiting for cooling antiseptic that is the second season. So hop on the bus and take a ride into bedlam, because class is now in session.