Adam Green has become an influential and highly respected filmmaker in the horror genre (Frozen, Digging Up the Marrow). The East Coast native has always had filmmaking in his blood. He wrote, directed, and edited his first indie feature, Coffee and Donuts (2000) based on his own real-life experiences. Made by a skeleton crew on a meager $400 budget, this now out of print film helped garner Hollywood’s attention, turned Adam’s own ArieScope Pictures into a full fledged production company, and helped launch Adam’s filmmaking career (later becoming the basis of Adam’s hit television show HOLLISTON). 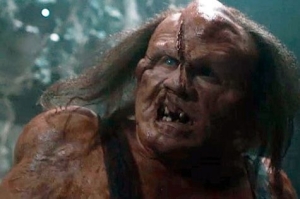 However, Adam truly burst onto the genre scene and into the hearts of horror lovers everywhere with his first major film HATCHET. His teaser trailer for the film went viral on the web and got everyone in the horror community buzzing, including then gore guru Ryan Rotten of Fangoria (currently Ryan Turek of Blumhouse Pictures). Ryan helped champion the film early on, creating more anticipation for the arrival of the now iconic modern slasher villain Victor Crowley.

Hatchet was selected for the 2006 London FrightFest Film Festival and was introduced on stage by Adam, who hosted a Q&A session afterwards. It was also selected for Sitges International Film Festival in Spain and German’s Fantasy Film Festival, and later the Screamfest Horror Film Festival in Hollywood, where Adam announced the upcoming U.S. distribution. It was also screened at Fantastic Fest in Austin, where it sold out both nights. There the film won the audience award for “Best Picture” as well as jury prizes for “Best Actor” (Kane Hodder) and “Best Special Effects”.

In 2007, Hatchet was released on DVD to audiences who fully embraced the brilliant homage to classic slasher films. The film featured an ensemble horror film cast, including Robert Englund, Kane Hodder, and Tony Todd, and spawned two popular sequels.

Hatchet Army shirts sold in the ArieScope online store with the amazingly perfect tagline “Here to Save Horror.” It’s my sincere belief that Adam Green and ArieScope did in fact do just that. In fact, Adam, along with friend and fellow talented filmmaker Joe Lynch (Everly, Chillerama, Wrong Turn 2), have helped save way more than just horror.

Anyone who knows me knows of my great adoration and respect for these two gentlemen. They give so much of themselves generously and selfishly, providing fans with hours upon hours of free high quality entertainment at Ariescope.com — from a dizzying array of shorts, to three different online original series (20 Seconds to Live, Horrified, Scary Sleepover), to the incredibly popular podcast THE MOVIE CRYPT (available on GeekNation). 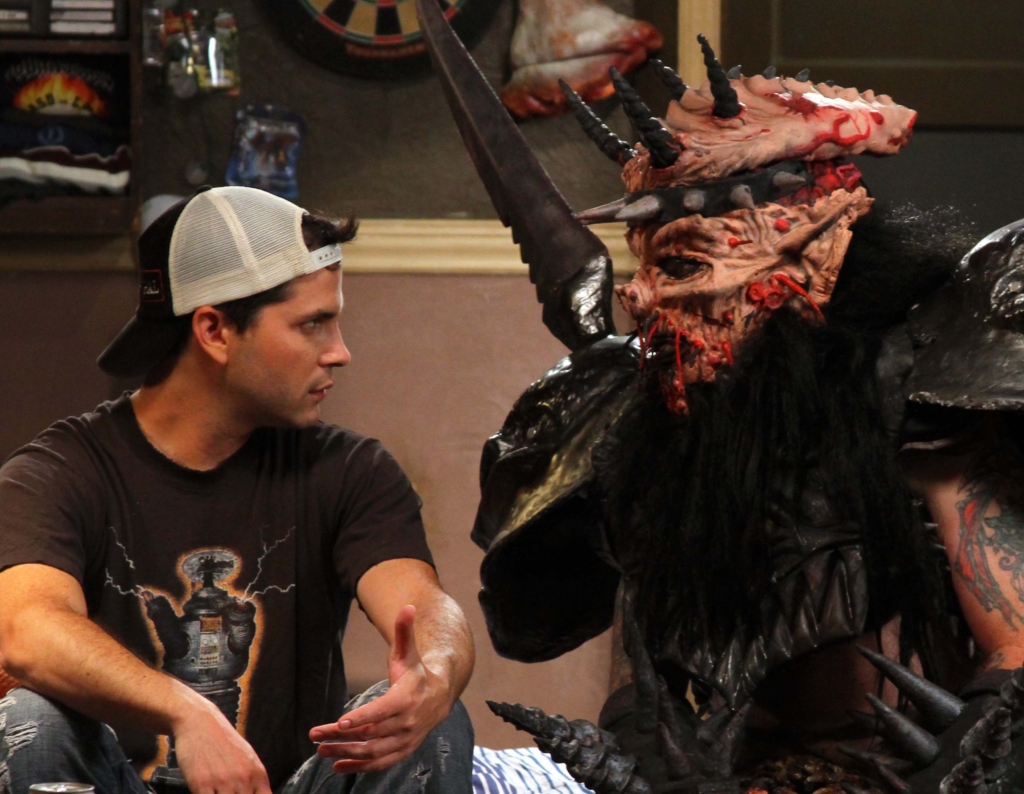 In addition to all this, Lynch and Green also tug at our heartstrings and make us laugh with the easy-to-relate-to television show HOLLISTON. And if you’re a fan, you are well aware of the sudden and tragic passing of good friend and fellow HOLLISTON cast member Dave Brockie ( All Hail Oderus!!!!) The cast and crew, rightfully so, needed some time to heal from this significant loss. Unfortunately, Adam also had other personal woes to deal with during this difficult time. The Holliston Nation and Hatchet Army have patiently awaited the return of our beloved show, now in its third season, almost rabid upon hearing any news of it.

Now we, as devoted and appreciative fans, can give back to the filmmakers who have given us so much. By donating just a few dollars or purchasing any of the amazing merchandise over at the Ariescope Store, you can help support all this incredible free content and help raise the funds needed to begin filming the new season of HOLLISTON. Instead of purchasing that overpriced latte, give just a little to support indie horror, support genre entertainment made with true passion and heart, and support two of the most kind, humble, and caring filmmakers in the industry.

Adam and Joe truly care about their fans, and that’s not just lip service. They never charge for their autographs, are happy to speak in-depth to any fan that wishes to chat with them, and regularly interact with fans on social media. Most items you buy from ArieScope come autographed. These are truly two incredible guys with an incredible team behind them. Despite their tremendous success, they still come across as two down-to-earth fan boys simply living the dream — extremely thankful, engaging, and sincere. 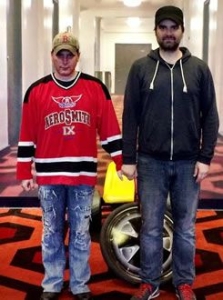 I was fortunate enough to meet my heroes while attending a live podcast taping of THE MOVIE CRYPT in Austin, Texas (Alamo Drafthouse Cinema) and a double feature screening of Lynch’s brilliant Everly and Green’s remarkable Digging Up the Marrow. Both Lynch and Green spent ample time mingling in the lobby afterwards, taking time to get to know all their devoted fans. It was such a memorable evening for myself, only serving to further my respect for these men.

The words we exchanged were more than just casual, off the cuff banter. They truly listened and seemed to care about what I had to say, offering great support and encouragement for my path as a future filmmaker. After this experience, I developed a renewed sense of focus and increased confidence, with a stronger belief in my ability to make my own dreams come true.

And, as if my respect for Lynch and Green wasn’t already at peak levels, a recent heartfelt episode of THE MOVIE CRYPT (Episode 130) entitled “The Addiction Special” catapulted my admiration to dizzying new heights.

The episode was born out of a need felt by Adam and Joe to have this important and sensitive topic discussed in a very real and meaningful way. It was a hard-hitting episode and not an easy listen for those who have struggled with addiction. Guest musician and addiction counselor Terry Kirkman, along with his wife Heidi (also a counselor), gave honest, direct, and at times brutal answers to questions about addiction. Having been sober for decades, Kirkman was very candid in his responses, sharing personal stories stemming from the loss of over 30 friends over the years to drug or alcohol related deaths. Sadly, this hit very close to home. 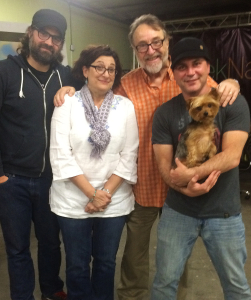 As I was listening to the podcast, I could hear Adam’s voice crack. This is a man who, on many levels, is having to deal with the negative effects of addiction despite not suffering from it himself. Both Green and Lynch are forthcoming on this particular episode of TMC. It’s clear that this episode was probably very healing for both hosts. More than that though, it’s also clear that these two genuinely wanted to provide an opportunity for fans to hear that help is out there if needed. It was incredibly profound and meaningful for those who have faced (or are currently facing) addiction, as well as those who have suffered alongside addicted loved ones.

I find the fact this episode even exists amazing. It’s such a beautiful way to reach out to fellow horror fans and film nerds and give back to us all, yet again.

Adam and Joe love their fans, and they regularly show it in so many ways. I know that we, as fans, reciprocate that love. So let’s all show these amazing filmmakers just how much we love and appreciate them and their work.

PLEASE take just a minute and visit Ariescope.com. Pick up the perfect Christmas gift for your fellow horror hounds, or treat yourself to something special for your horror collection. Choose from many shirts, signed posters and DVDs, signed film scripts, and even an insanely awesome Victor Crowley mask. You can also choose the “Feed Arwen a Treat” option and simply donate a few bucks to help the boys continue to produce such a plethora of great free entertainment.