10 Reasons Why We Love Adam Green

In honor of his birthday, we celebrate the career of indie icon, writer, director, actor, podcaster, and producer Adam Green. 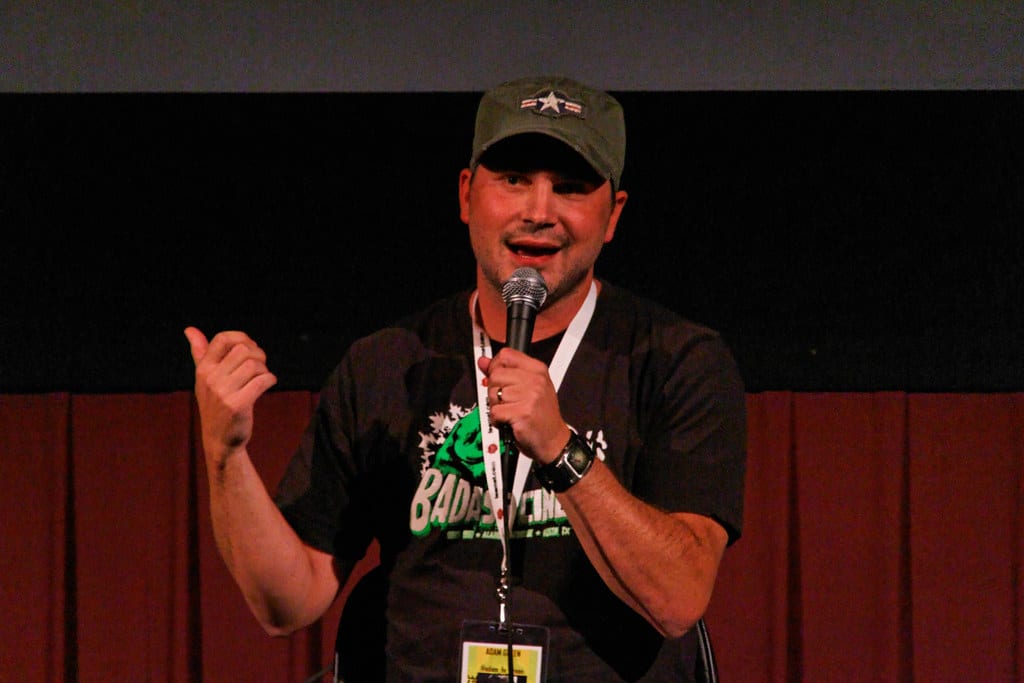 Adam Green’s passion for filmmaking began with his (sadly unseen) directorial debut, Coffee & Donuts (2000). The film was a semi-biographical, lighthearted romantic comedy about two friends, Adam and Steve, who strive to launch their morning radio program of the small town, while Adam concurrently struggles to overcome a breakup. Green made the feature film for only $400, using equipment from the cable advertising facility that he was working for at the time and employing volunteers for everything from cast to crew. Though issues with rights and music licensing have kept Coffe & Donuts from reaching audiences, the idea served as the basis for Green’s beloved series Holliston.

Despite the difficulties with his first foray into feature filmmaking, his next film, Hatchet (2006), would go on to launch a successful franchise, as well as an iconic slasher villain. It would garner a worldwide cult following and cement Green’s legacy as a horror hero. Now, two decades later, the multi-hyphenate founder of ArieScope Pictures has come a long way from his days of scraping together a few bucks and secretly sneaking cable access gear to make movies.

Adam Green is now widely regarded as a pillar of the horror community, beloved not only for his film, television, and media projects but for his kindness, humility, and genuine love for his fans. Never charging for autographs or photos and regularly donating much of time to creating a wealth of free content, Green has more than earned his icon status.

As he celebrates a birthday, our writing staff celebrates his 15-year, seismic impact on the genre by highlighting 10 reasons we love Adam Green — from Hatchet to YORKIETHON, and everything in between. 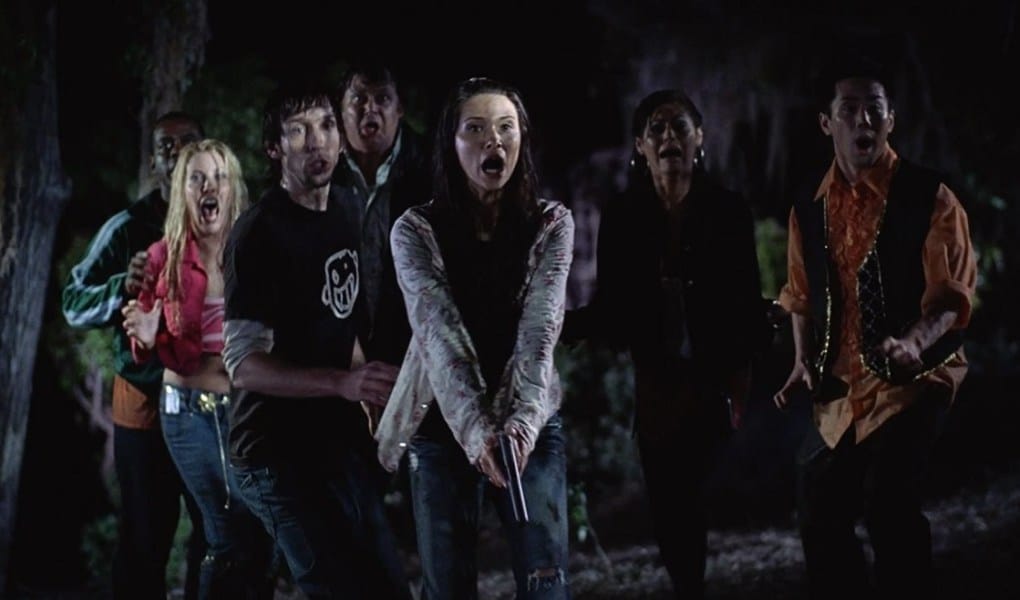 A love letter by Danni Winn

Horror has had several icons since the genre’s inception. After Nosferatu (1922) and The Cabinet of Dr. Caligari (1920) in Europe, American moviemakers sought to find a way to exploit the fears of its own audiences. Welcome the Universal Monsters and Hollywood’s focus on the classic narratives of Frankenstein and Dracula.

Shifting to the radioactive monstrosities of the ’60s and on to the renegade cinema of the ’70s, the ’80s added another cornerstone to the genre and introduced the Slashers. These are the films that spawned unparalleled body counts, inventive kills, spawning franchises that continue to this day. With the Slashers, we also were introduced to a new era of enigmatic villains and anti-heroes; characters that have profoundly made their mark not only in horror but cinema as a whole.

The late ’90s brought a wave of teen-centric entries such as Urban Legend, I Know What You Did Last Summer, and the underrated Robert Rodriquez-led flick, The Faculty.

In the early 2000s, American Horror was in a transition period of sorts, with the States finding itself engaging in an influx of a new brand of violent horror.

The original SAW film released in 2004 to incredible fanfare and led to numerous sequels — helping launch the careers of director James Wan and writer Leigh Whannell. A year later, in 2005, Eli Roth made traveling abroad as terrifying as swimming off Amity Island in his sophomore effort, Hostel. And then, in 2006, a new horror icon unexpectedly emerged from Honey Island Swamp in Louisiana via newcomer, Adam Green.

There are very few films where I recall significant details regarding my initial experience, but Hatchet was an auspicious exception. 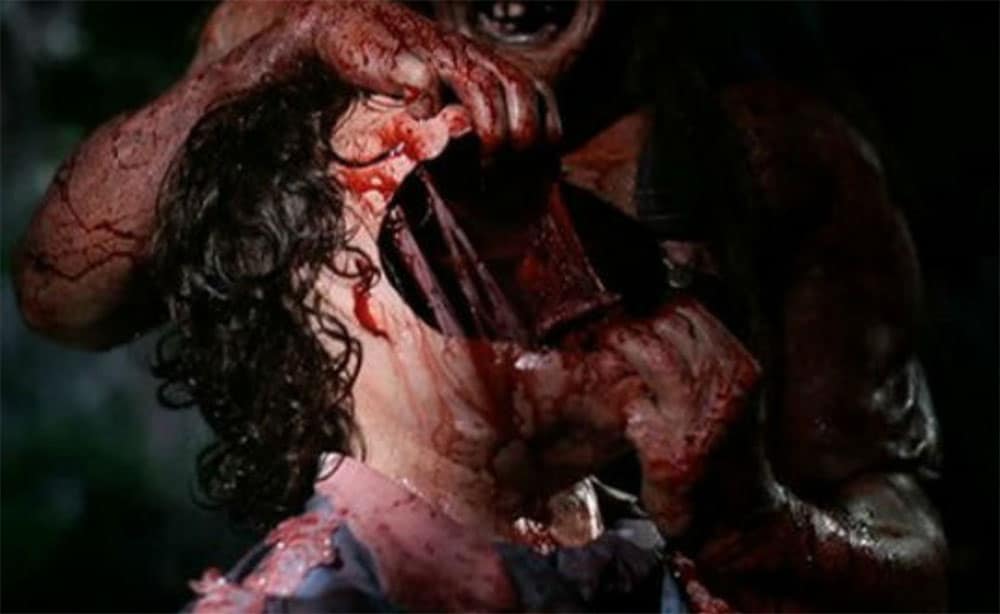 Within one of my shitty apartments in San Antonio, Texas, with my brother and a few friends huddled on second-hand couches, we all collectively gasped and cheered as we followed the doomed boat full of tourists in Honey Island Swamp. I distinctly recall the applause erupting for the makeup done by John Carl Buechler (A Nightmare on Elm Street 4, Friday the 13th Part VII), cameos of Robert Englund (A Nightmare on Elm Street franchise) and Tony Todd (Candyman), which were eventually followed by our jaws dropping to the floor as another jaw — that of Mrs. Permatteo (Patrika Darbo) —  was ripped apart.

In one of the best kill scenes ever, in my opinion, Adam Green, DP Will Barratt, and outstanding FX artist, Robert Pendergraft, collaborated to nail something spectacular in this film that had very humble beginnings.

Like so many, Green’s fascination with horror began with an older sibling introducing him to the genre, gradually feeding him films to consume. Not long after, he attended a summer camp where the counselors attempted to terrorize him with the tale of ‘Hatchet Face’, a supposed local legend. Failing to scare young Adam and, instead, annoying him with their lack of a meaty backstory, the innocuous seeds of Hatchet were planted within the budding horror fanatic.

One of the things I admire most about Hatchet, is how completely passionate everyone on board seemed to be. 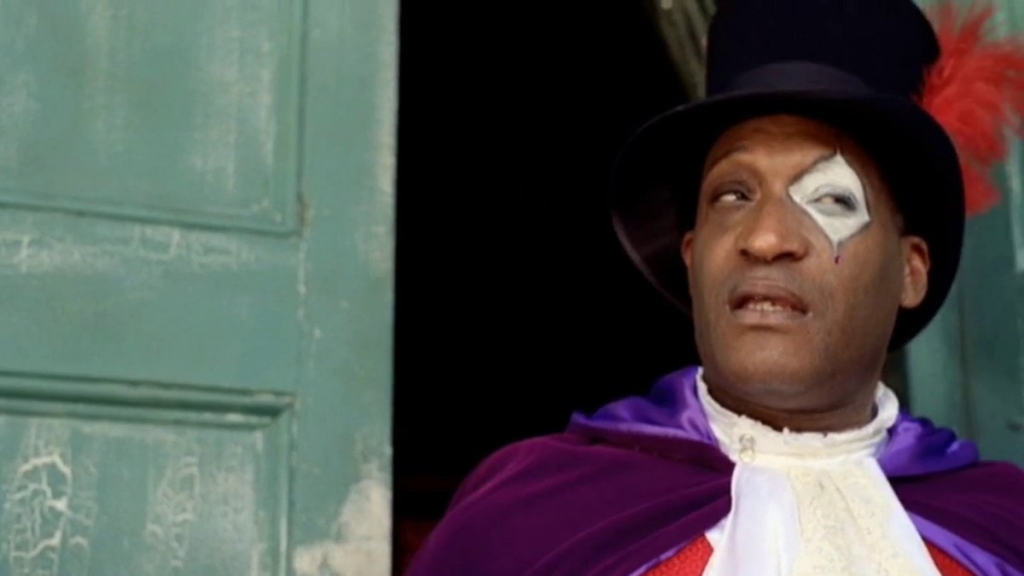 Believing in Adam’s story and vision, producers Sarah Elbert, Cory Neal, Will Barratt, along with Green, flew down to New Orleans from the Northeast to tackle the teaser trailer for the film they were all hell-bent on making. Undeterred by any negativity and guided only by their sheer will to make a successful horror movie, the Hatchet teaser was met with undeniable excitement within the community, ultimately securing the funds needed to produce the Hatchet feature we know and love today.

“A motley crew of tourists embark on a boat ride of the haunted Louisiana bayous where they learn the terrifying tale of local legend “Victor Crowley,” a horribly disfigured man who was accidentally killed with a hatchet by the hands of his own father. But when the boat sinks and the ghost story turns out to be real, the group tries desperately to escape the swamp with