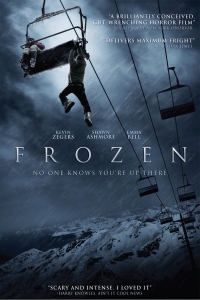 Frozen is a 2010 thriller written and directed by Adam Green. It stars Emma Bell, Shawn Ashmore, and Kevin Zegers. Adam Green makes a small cameo as does Kane Hodder, who is known for playing Jason Voorhees.

Two childhood friends, Dan (Zegers) and Joe (Ashmore) go to a New England ski resort along with Dan’s girlfriend Parker (Bell). With a sudden mix up, the three get stuck on the ski lift alone. They begin to panic and realize the resort won’t be open for another 5 days. They need to think of a way to get down before they freeze.

The film was surprisingly very good. I wasn’t expecting much when I choose to watch it, but I’m very happy with my choice. The concept was something I wasn’t sure how it was going to work. Quite honestly sounded like it might be boring. Luckily, I was wrong. While they have a few moments of cliché and off putting dialogue, that doesn’t last, and soon the setup is revealed. I honestly gasped when I realized how they ended up stuck on the chair lift. 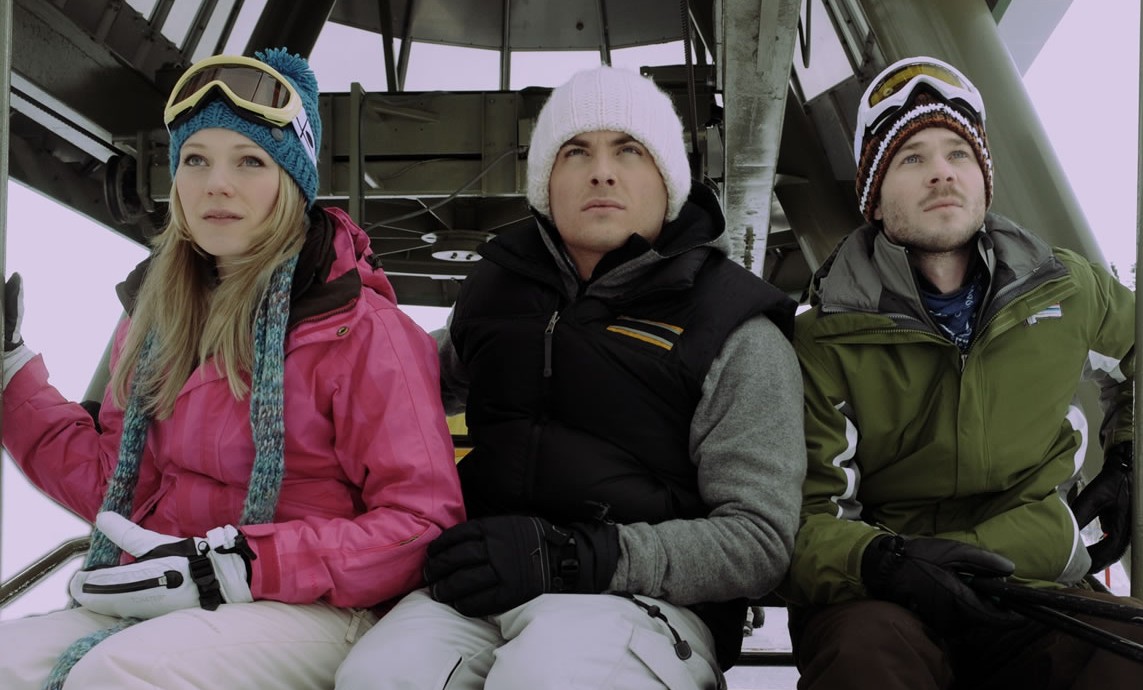 One of my favorite types of horror movies are the ones that feel real and could happen; even if it’s very unlikely. This movie was raw and nerve-wracking. I was engrossed the whole way through trying to see how they would get out of their situation. I find if fun with newer movies to see how they throw the “just use your cell phone” option out the window. This movie had an easier time with that based on the fact you don’t really want to take your phone with you while you ski.

Overall, I really enjoyed this movie. I would recommend this to anyone who agrees that realistic horror is way more frightening or you just like skiing. Either way, you’ll be in for a fright.

While we are huge fans of independent filmmaker Adam Green, he’s probably best known for his wonderfully campy and bloody homage to 80s slasher films, the Hatchet series. Horror fans may also know and love him from his popular indie show “Holliston” where he gets to show off his great comedic acting chops. But many of his fans may have missed his chilling tale of survival, Frozen, which may arguably be his best film. Leaving his signature wit and playfulness at the door, Green instead delivers a deadly serious and nail-bitingly tense horror film that feels terrifyingly realistic. With a brilliantly simple premise, he masterfully ramps up the tension and significantly raises the already high stakes, while still keeping the movie grounded and relatable.

Exceptionally well written and carried by strong performances from the three leads, the real strength of this film lies in Green’s fearless and impressive direction. Shot on location at a ski resort in Utah, Green took his actors and crew into the bitter cold and braved the real harsh elements to create a sense of authenticity and danger. The film is shot almost entirely from the perspective of three characters stuck on a ski lift, and it was filmed from dangerous heights. There are more than a few scenes that take your breath away, made all the more impressive when you know just how these heart-pounding scenes were filmed. 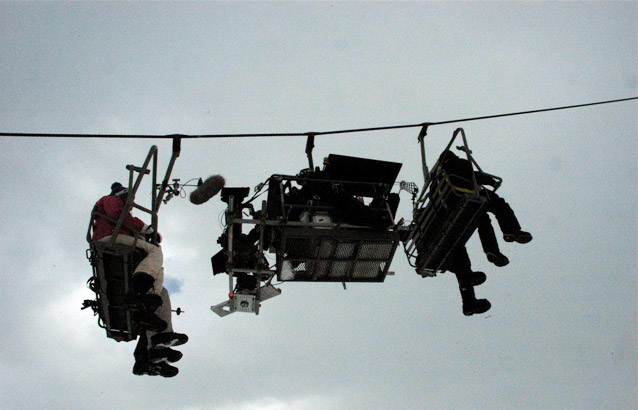 If you’re a fan of Green’s work and have yet to see this underrated horror gem, I urge you to seek it out and watch it as soon as possible. I promise you won’t be disappointed. It will likely make you appreciate on an entirely new level just how versatile and talented Adam Green is as a writer and director.

If you’re not a fan of Adam’s and haven’t yet seen Frozen, I urge you to seek it out and watch it as soon as possible. It’s entirely possible this may just be the film that changes your mind.