Women in Horror Spotlight: Interview with talented artist and entrepreneur Heather Leanne, owner of Heather’s House of Horror on Etsy

Horror has been having a renaissance lately, and horror fans have shown that a well-crafted horror film can not only bring in the bucks but can also garner critical acclaim. Horror fans’ love and financial support of horror films does not stop at the box office — extending to a myriad of horror-themed products. From something as unlikely as a dissolving bath ball that turns your bath water a frothy red, to a life-size model of Jason Voorhees that will make any visitor to your home uneasy; the horror renaissance has been a boon to horror creatives all over the world.

Heather Leanne, owner of Heather’s House of Horror, shares her love of all things horror by creating horror-themed art that is both whimsical and creepy. Heather was gracious enough to take some time out of her busy schedule to answer some questions about her passion for horror and artistic creation. 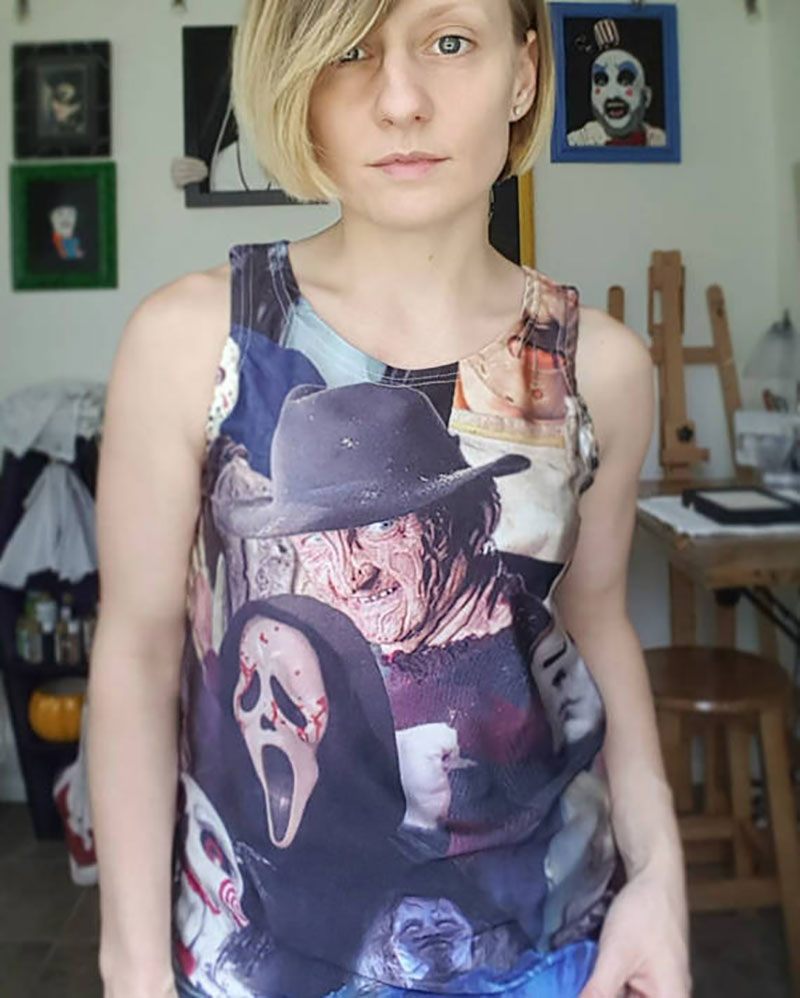 Black Cat:  How did you first get into horror films?

Heather Leanne:  My mother is the reason why I think I’m such a huge horror fan. She’s a huge horror fanatic as well. Movie nights were always such a big deal in my house growing up, and horror was the first choice every single time when picking out a film to watch.  Every Friday night, it would be my mom and a bunch of kids, my siblings, cousins, and kids from the neighborhood. Our living room just packed with kids and popcorn everywhere. Every seat taken while movies like Day of the Dead and Friday the 13th played in the VCR. She always knew how to make it fun. She was also the one who got me to go to my first horror convention, and she’s so supportive of my art. She usually wants everything I paint. BC:  What are your favorite horror films?

HL:  My favorite movie of all time is JAWS. I could watch that movie over and over again if I had to. It has everything you could ask for in a film. But other than that I love cheesy horror. Killer Klowns from Outer Space is an all time favorite. I’ll never forget the first time we rented it from Elliots video store. It actually scared me quite a bit as a kid. I was afraid of clowns for a while after that. As far as newer horror films go I have a serious love for Trick ‘r Treat and The Conjuring films. I don’t think I scare easy, but both of the The Conjuring movies freaked me out. Valak had me messed up the night after watching it. 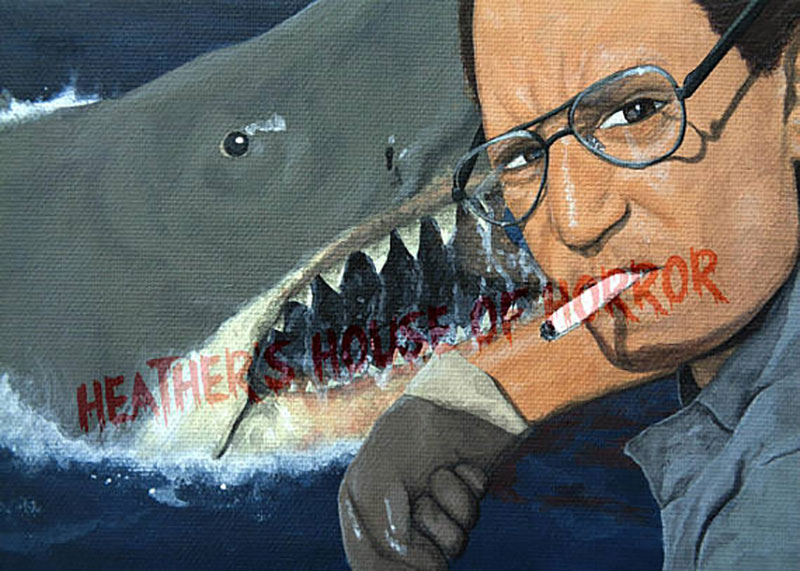 BC:  How did you get into painting?

HL:  I got into painting only a few years ago. I have always liked to draw and sketch, but it actually took being with my current spouse to realize I was a talented painter. He noticed I had potential and he pushed me to give it a go. He even bought me my first art desk and he’s been a really great muse. But, most of all, he has helped relieve so much stress that was blocking any opportunity to be inspired. He’s really made life easier for me, which I’m incredibly grateful for. If it wasn’t for him I’m pretty positive I wouldn’t be doing what I love now. 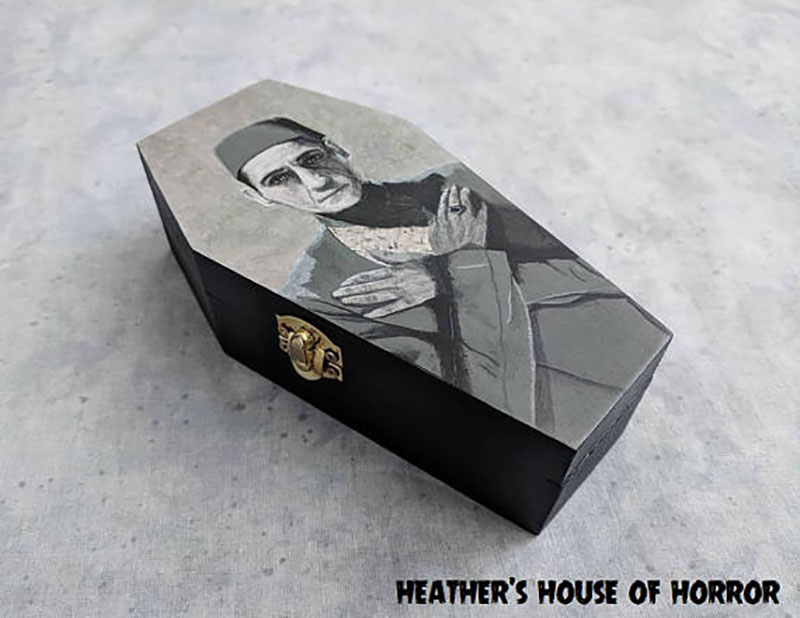 BC:  What artistic mediums do you work in?

HL:  I mostly paint with acrylics, but once in a while I like to venture with watercolors and would love to do more with it. There’s so many techniques that I would still love to try. Other than that I do random pencil sketches. I have a book full of different drawings. I love my acrylics though. I feel I have my own style when using it. 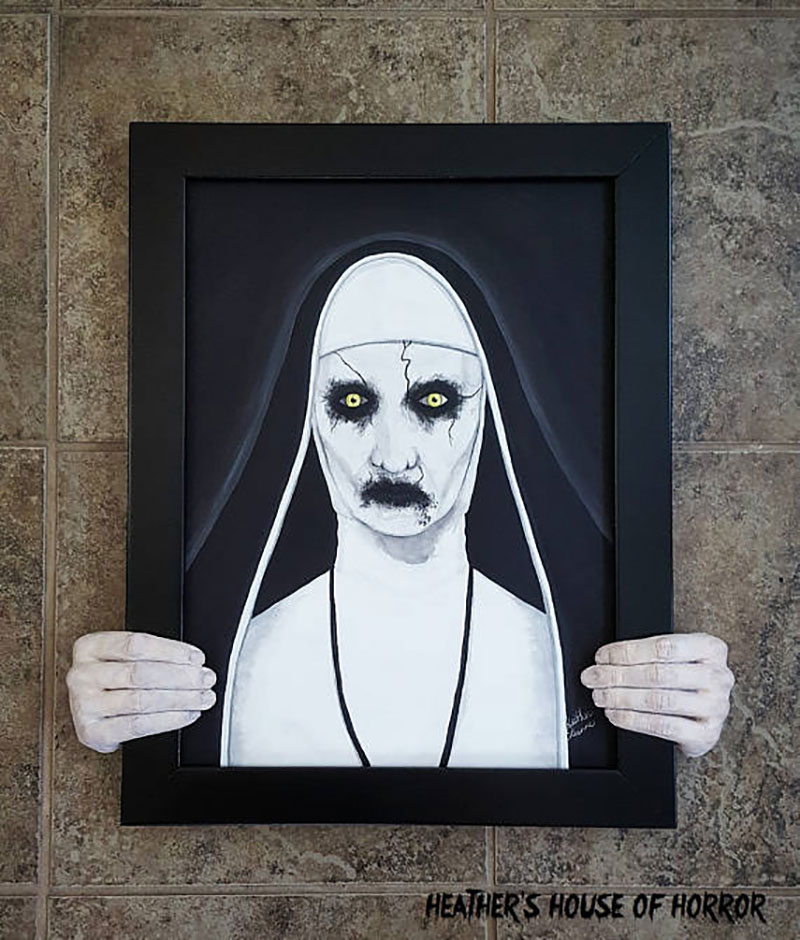 BC:  I love the Valek painting with the plaster hands on the side of the frame! What was your most complex piece to work on?

HL:  My most complex piece would probably be my ‘Martian Ambassador’ painting. So much that I had to step away from it from time to time. The brain/head alone was quite the task. Those details really got to me. I started sometime in July and didn’t finish until December and I usually never take that long to finish a piece. 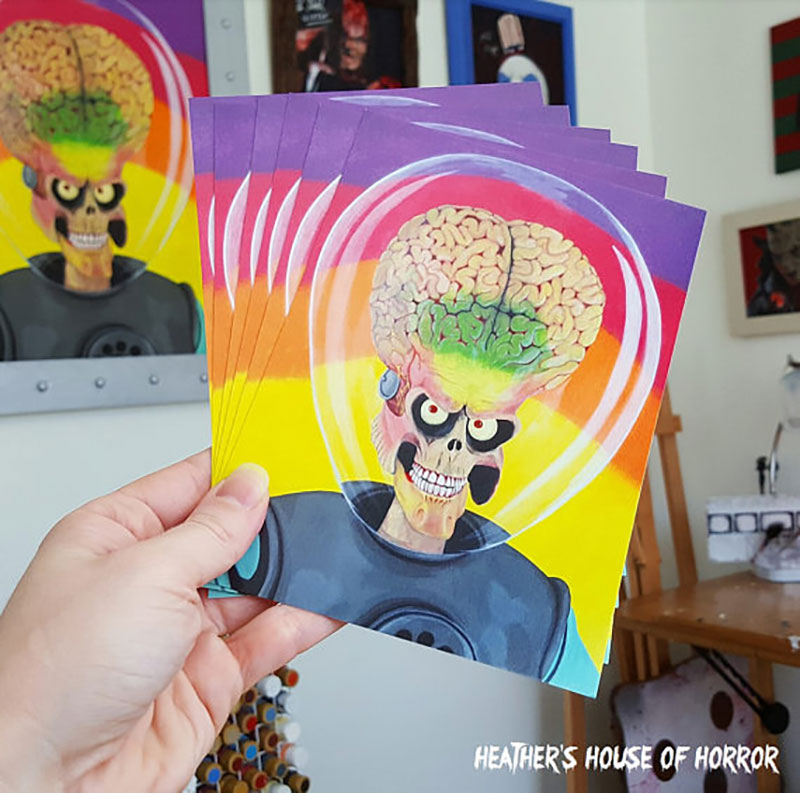 BC:  When did you decide to make the leap and start selling your art?

HL:  I made the decision to sell what I paint only a couple years ago—maybe a little more. After working since I was 16 it was nice to make that change. Before I decided to sell my art I was a small engine mechanic for four years. At a point I really loved that kind of work and I even miss it some days, but painting just feels right and so natural to me. And there is no better feeling than someone wanting to own one of your creations. It makes me all warm and fuzzy on the inside. 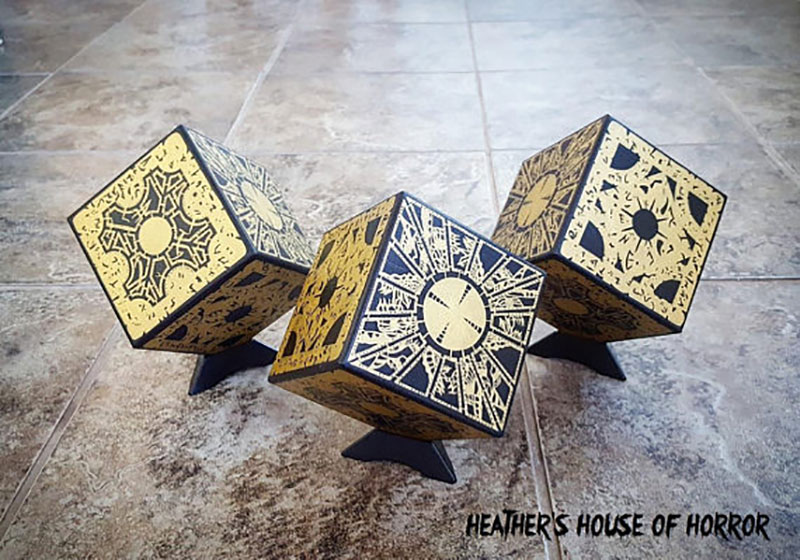 BC:  Do you sell your art at art shows or only online?

HL:  Once in awhile I’ll sell during a convention. Usually “Monster Mania” in Hunt Valley, MD. and the “Scares That Scare” Charity event in Williamsburg, VA. That’s it so far, and of course my online shop. I would love to vend more often, but it’s tough making sure you can cover cost just in case. I’m usually lucky if I can break even. BC:  Highlight some of your favorite creations.

HL:  Some of my favorite pieces of my own would have to be my Victor Crowley painting, my Lon Chaney, Jr. Wolfman coffin box (which my mother now owns), the “Martian Ambassador” painting, my first Pennywise painting, and a Jason Voorhees jewelry box I painted a bit ago. But it’s really difficult to choose between them all. They’re like my babies, and I have to talk myself into not keeping them all the time. 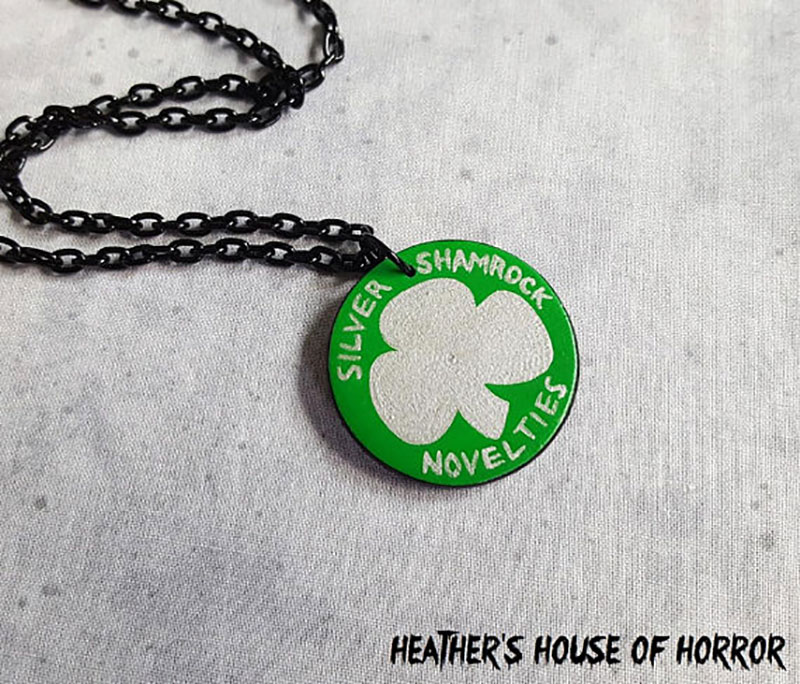 You can find Heather’s stuff on Instagram @heathers.house.of.horror and on Etsy at <a href="https://www.etsy.