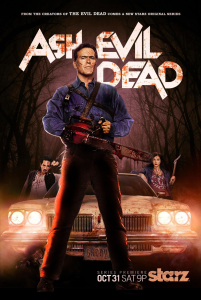 We are blessed with a plethora of horror tv shows as of recent, but nothing compares to Ash vs Evil Dead. Bruce Campbell returns as our favorite character Ashley ‘Ash’ J. Williams, the Chainsaw-handed, Boom stick carrying, anti-slasher slasher. This is the greatest thing to ever hit tv in the horror genre. Finally we have a chance to not only watch what is basically a slasher film spread out over multiple episodes, but we get the return of Sam Raimi producing as well as directing the first episode of the season.

Since I was a child and allowed to watch horror films, I have always wanted there to be a truly gory horror television show. Nowadays with shows like American Horror Story, Scream and Scream Queens, there are plenty to choose from. But, when it comes to the best, in my opinion we have finally seen it with Ash vs Evil Dead. 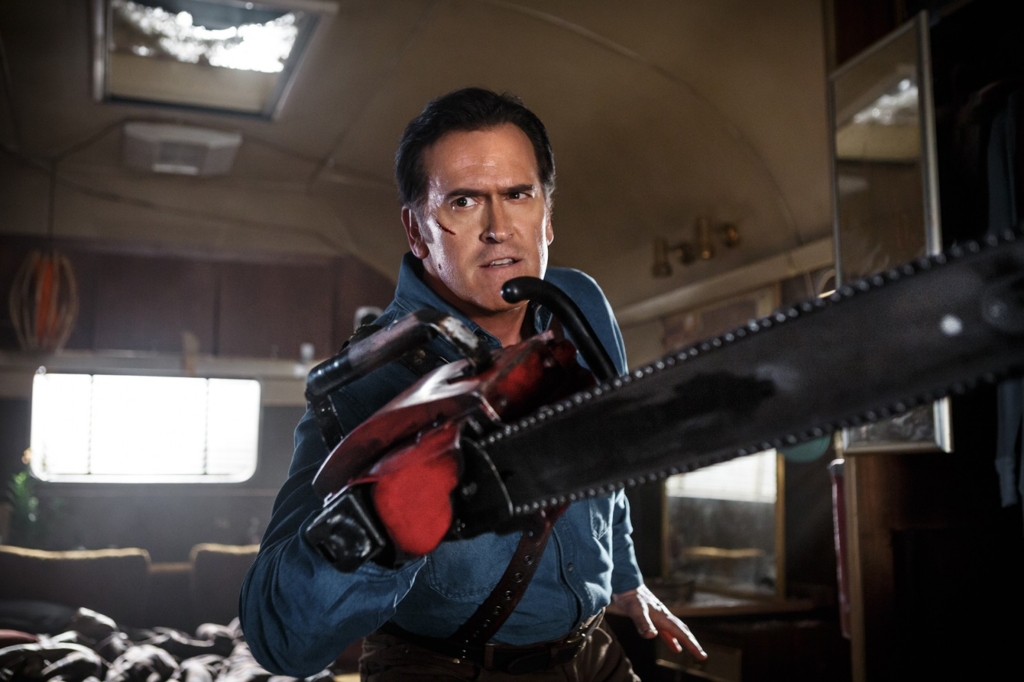 Not many actors ever get the chance to portray the same slasher or anti slasher for that matter, but we are lucky enough to get Bruce Campbell reprising his role from the previous films. His supporting actors, Ray Santiago as Pablo and Dana DeLorenzo as Kelley Maxwell, give you the feeling as if they have been in the franchise from the very beginning.

This show fills me with the joy of reliving a childhood memory. I still remember my amazement the first time I watched the original 1981 THE EVIL DEAD film. To see something as cool as this take place some thirty-five years later is an accomplishment of epic proportions. It’s also, in this writer’s opinion, the coolest thing to ever happen for the horror genre, hopefully signaling a new era in horror tv history.

While the buzz for this major genre event is not as loud as you would expect it, make no question about it, Ash vs Evil Dead is still widely beloved by its continuing cult fandom. The story line is great involving all of the original films, even combining scenes from those three previous films with brand new content. In my opinion, we are on the verge of horror tv show explosion with Ash vs Evil Dead opening up a potential for other classic horror shows to follow suit. 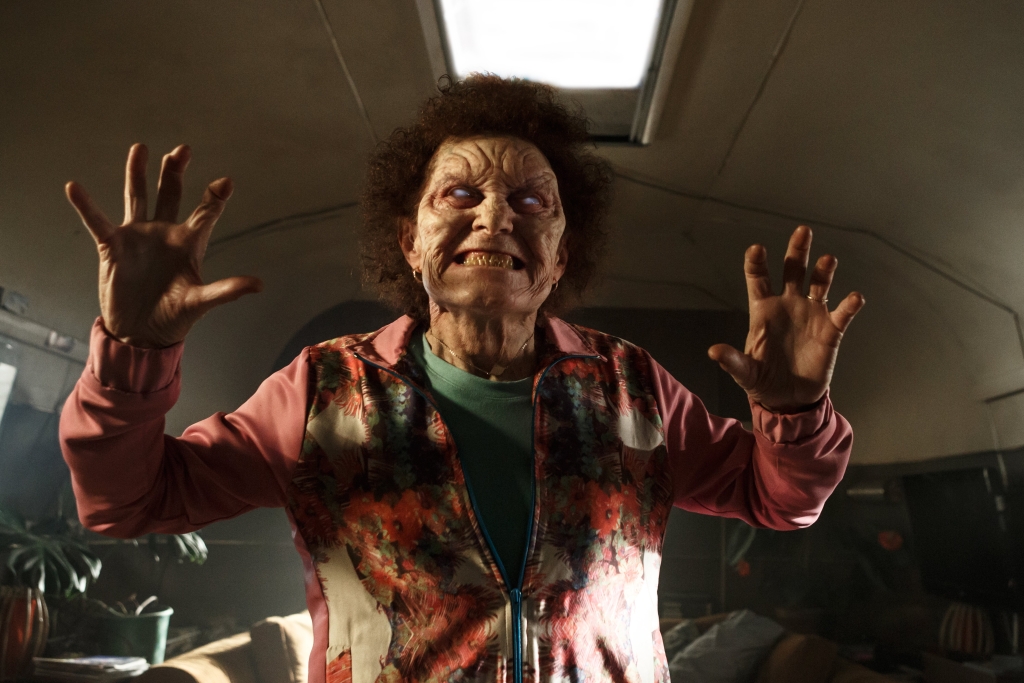 While it’s not the first horror tv show in history, it is definitely the first to have the actor from the films reprising their role — in the lead role at that. The team up of Sam Raimi and Bruce Campbell once again is a dream come true for hardcore horror fans. Gorgeous Lucy Lawless (Zena: Warrior Princess) plays the mysterious Ruby Knowby and Jill Marie Jones plays police officer Amanda Fisher, who are both trying to catch up with Ash following the stream of bizarre happenings.

Enjoy it while you can because before you know, it will be over. This is celluloid of monumental proportions on the highest scale. It is a pleasure to watch and to be a part of this untapped avenue of horror history. While some say horror is repetitive and dead, we are obviously on the way up and, like the old saying goes, the world is at our disposal. I for one am stoked and couldn’t be more excited about the years to come in horror, and I can’t wait to see the genre I love very dearly bud and flourish.

In short, Ash vs Evil Dead is a nonstop gore fest, with one of the cockiest, most arrogant, bad ass characters ever put on film, where death is the only foreseeable viable option. Do not miss out on this one-of-a kind, highly entertaining thrill ride that will have you joyfully screaming out loud.

Subscribers to Starz can catch all episodes from season one online at starzplay.com (the premiere episode is free). Starz has already renewed the show for a second season, which will likely air late this year. If you don’t have Starz through your cable provider, you can also get a streaming add on subscription through Amazon.  You can also buy the complete season through Playstation or Xbox. Or just hang tight for the DVD/Blu Ray release. No word yet on when that will be, but I’d expect it this summer or early fall.

Hail to the King, Baby!