Posted by:
Tags:  best of list Cujo dogs Gremlins horror I Am Legend Mama The ABCs of Horror The Babadook The Beyond The Hills Have Eyes The Lost Boys Tucker and Dale vs Evil

Most of us can agree that a dog makes everything better — including horror films! These ten furry friends have helped enhance some of our favorite flicks.

Animals are an undeniable part of human life, and it’s not shocking to see them featured in media, whether prominently or in passing. Animals play an important part in many entries in the larger canon of the horror genre. Just ask Pet Sematary and Cujo author Stephen King and his adorable corgi pup, who is lovingly called Molly, the Thing of Evil. (If you’re an animal lover as well as a horror fan it would serve you well to visit King’s Twitter account, because it is filled with cute pictures and videos of Molly along with witty anecdotes about her evil doings.)

In honor of the cuddly (and creepy) dogs in our lives, here are some of the best good boys and girls that horror has to offer. This isn’t a comprehensive list by any means, but these pooches are a good start when it comes to dogs in horror.

Author’s Note: If you’re easily upset by depictions of animal death and want to know ahead of watching if an animal is injured or killed feel free to visit https://www.doesthedogdie.com/ to save yourself some heartache and/or prepare yourself for a viewing. 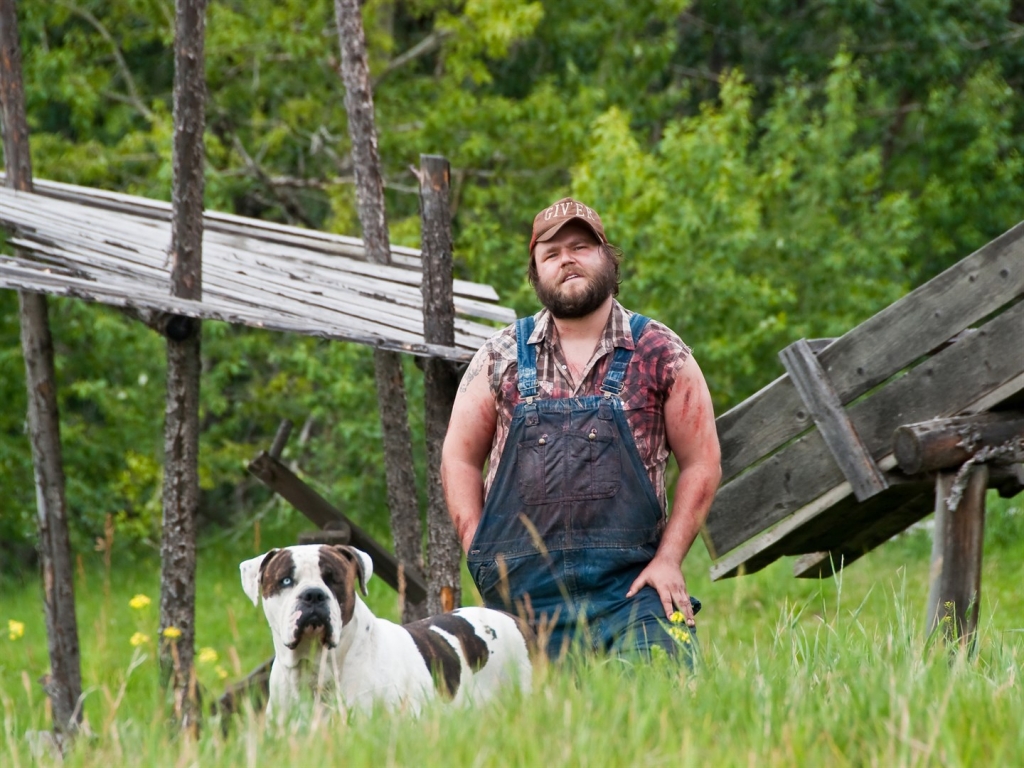 Jangers, the one-eyed American Bulldog, is Dale’s other best friend besides Tucker. This sweet boy has the misfortune of getting caught up in the shenanigans involving a group of college kids who are convinced that Tucker and Dale are murderous hillbillies. At one point Jangers is even held hostage by the hysterical co-eds, which results in a relatable dog owner moment where Dale pleads for the safety of his beloved buddy. 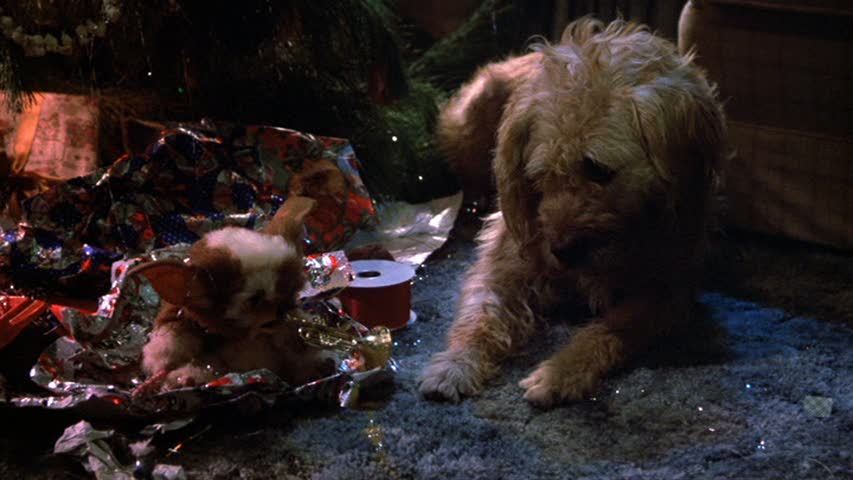 No list would be complete without Billy Peltzer’s scruffy and lovable buddy Barney who sticks by his and Gizmo’s sides throughout the classic Christmas horror film. Paired with Gizmo, we get a treat of two cute critters in one memorably fun movie that’s still enjoyed by audiences of all ages. It’s difficult to stifle any aw’s when Gizmo calls Barney “Woof Woof”? I can easily say that Barney and Gizmo are the most adorable duo featured on this list. 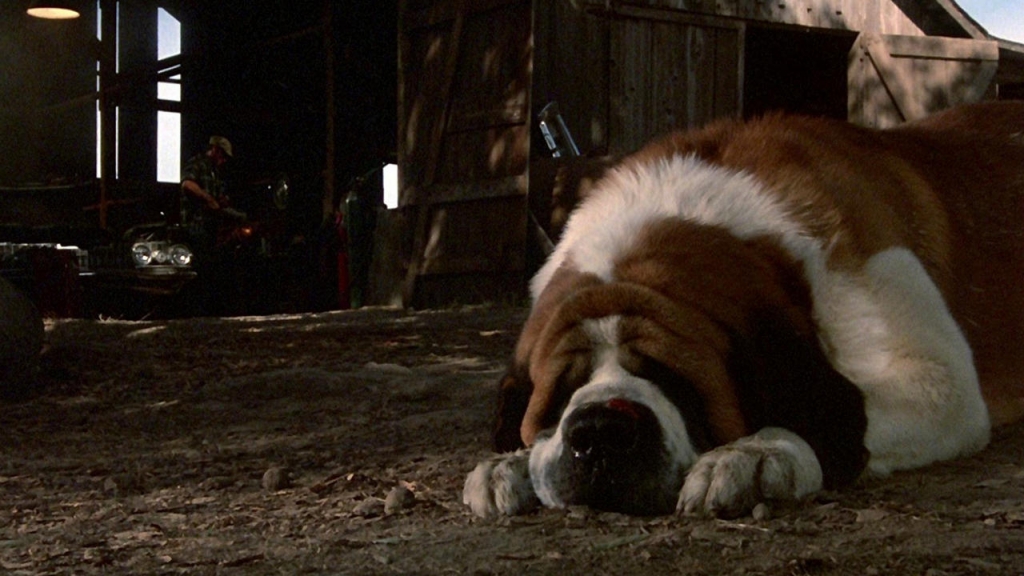 I know some will wonder why I included Cujo in this list, but it’s important to note that for the majority of film Cujo is rabid and therefore completely unlike his normal self. Before contracting rabies Cujo most definitely was a good boy, making the situation even more heartbreaking than it is. In the book King writes, “It would perhaps not be amiss to point out that he had always tried to be a good dog. He had tried to do all the things his MAN and his WOMAN, and most of all his BOY, had asked or expected of him. He would have died for them, if that had been required. He had never wanted to kill anybody. He had been struck by something, possibly destiny, or fate, or only a degenerative nerve disease called rabies. Free will was not a factor.”

Dickie serves as the guide dog for the haunting character of Emily in Lucio Fulci’s supernatural horror feast that centers on a sinister hotel and even more sinister painting. Emily and Dickie do not fair very well in the film, to say the least, but the German shepherd and his owner are at the center of some unsettlingly beautiful shots (there’s even a maquette produced by a Japanese company based on one particular iconic shot). To say much more about Dickie and Emily would be to spoil a good portion of this film in its entirety.

5. Buddy from the “D for Dogfight” segment of The ABCs of Horror 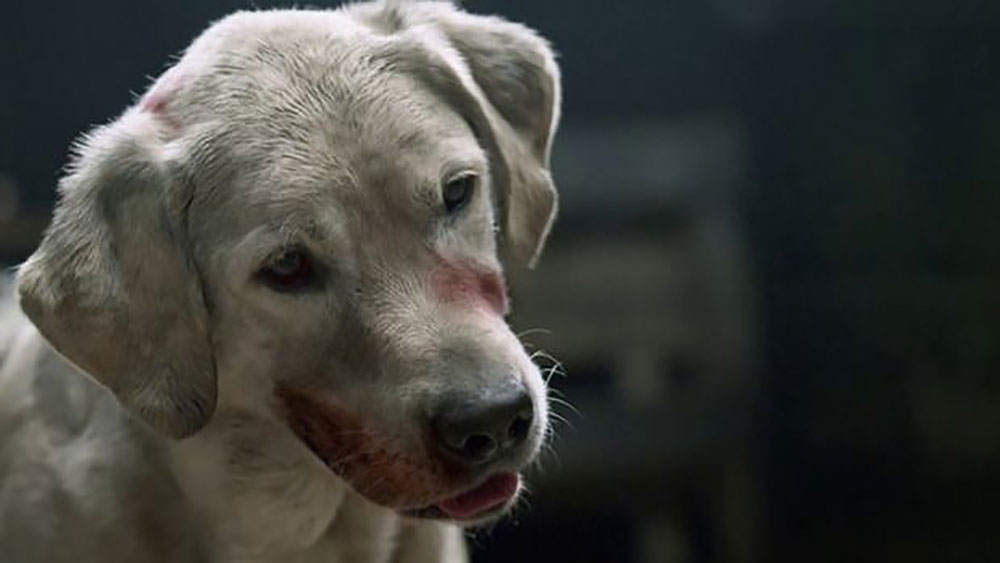 “D for Dogfight” is a heartrending look at the bond between dog and owner. This short segment is difficult to watch due to its intense subject matter, though could we expect anything less from the director of the film Deadgirl? The basic premise revolves around underground dogfights with a sick twist. These particular fights pit man against dog for the entertainment of others. This entry was brought to my attention by fellow staff writer Jamie Marino, who never fails to be moved by the emotional impact that the short has. 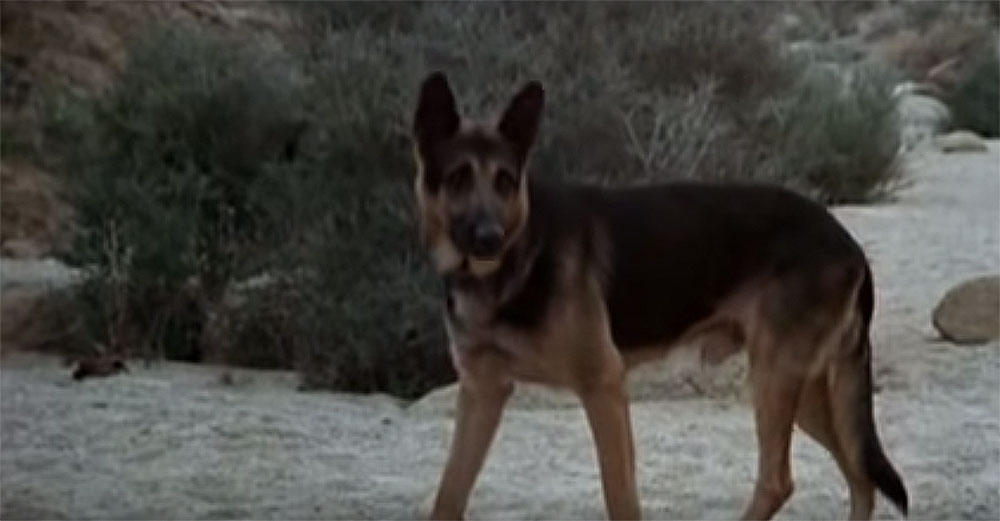 There are two gorgeous and stately German shepherds in both versions of The Hills Have Eyes. The pair are named Beauty and Beast. Beauty meets her demise early on in both films, leaving Beast as the surviving half of the duo. Beast lives up to his name is very much a beast throughout the film, holding his own against mutant cannibals. In both the original and the remake Beast is given some truly glorious and bloody badass scenes.