On the road to equality for all and celebrating the fact that Allison Mack has FINALLY accepted guilt for the horrific crimes she committed against her fellow women, I return the spotlight to two of the biggest offenders out there: Victor Salva and Roman Polanski. Now that some form of justice is being doled out in Mack case, we can begin to hope we see the same in the Argento and Polanski cases as well!

On this episode we will have Podcaster Dave Maresca from Hollow9ine Network and Writer Argalin Darkscares (aka Jamie Marino) from Morbidly Beautiful as our guests! We will be discussing the controversy surrounding Director Victor Salva and the release of his film Jeepers Creepers 3, the hypocrisy of the general media (and fans) that called for the studio to stop making the film, the protests outside of theaters that screened the film and whether he should be allowed to make films anymore. We will also discuss the similarities between him and Roman Polanski and why it seems Polanski gets a pass on his horrific crimes. Other famous Hollywood names are discussed as well. 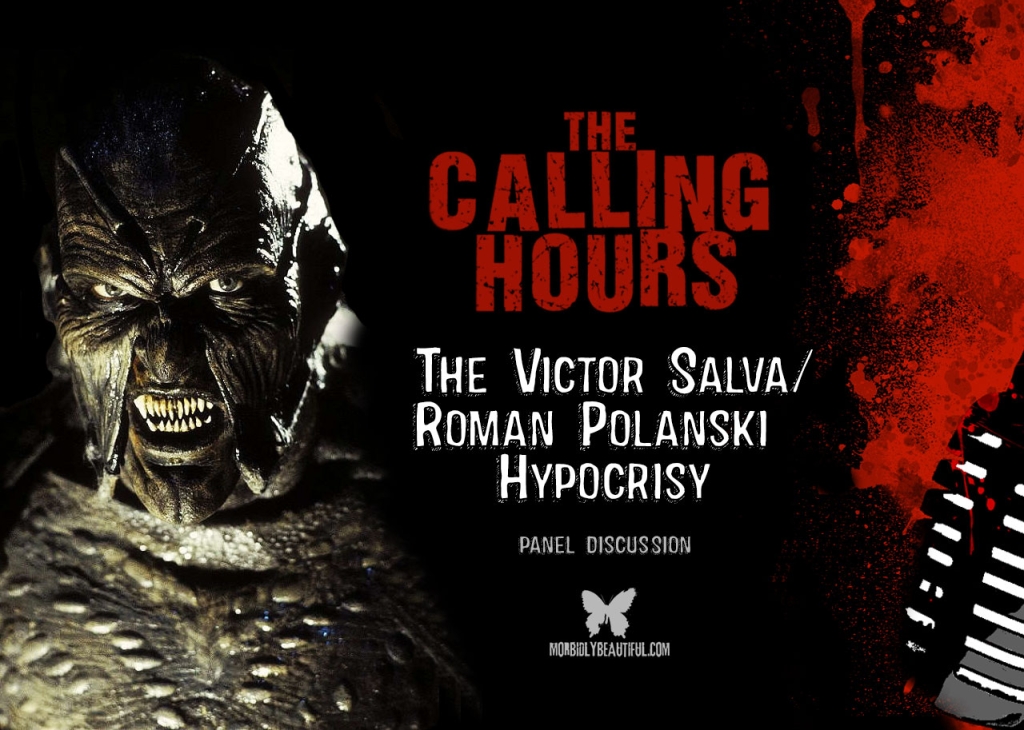