Best Horror Games of the Past Decade

As we enter a new decade of horror gaming and await the next great spine-chilling adventure, we look back on the past ten year’s most terrifying titles.

It has been a strong decade for horror games. With the rise of streaming, gaming, and “Let’s play” (videos of people playing through games) on YouTube, the genre has surged in popularity. To celebrate the star of a new decade of gaming, let us look back and celebrate the most brilliant, influential, and downright spooky games that came out of the past 10 years. 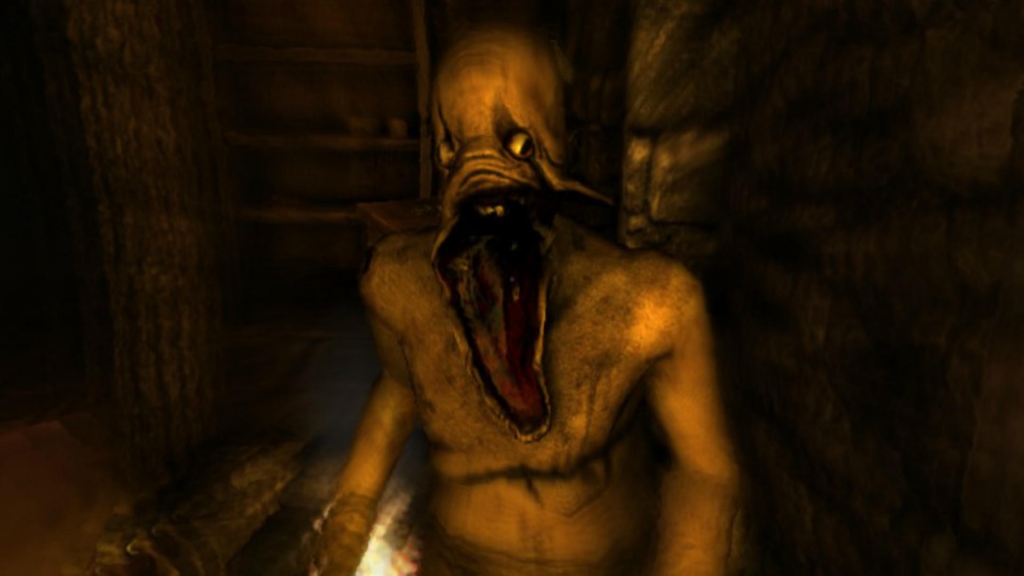 Let’s start with a game that just managed to sneak into this decade. Amnesia: The Dark Descent (2010) starts with your character waking up in a castle. Unsurprisingly, he has no memory of how he ended up there, but must now escape from the terrors within. Amnesia’s greatest strength is making the player feel truly helpless. The castle is bursting at the seams with monsters, yet the player has no way to fight back. It isn’t the first game to play this way, but it did do a great deal to popularize it.

When you stumble upon these deformed creatures, your options are to run or get gutted. This makes every encounter with the ‘Gatherers’ tense, as you are completely helpless. It is not enough that you must deal with the ‘Gatherers’, but even the darkness is out to get you. Exploring deeper into the castle means the player character is often surrounded in darkness. The issue is that the more time you spend in darkness or looking at disturbing events, the worse your sanity gets. The lower it drops, the more your reality begins to distort. If you let the sanity bar deplete completely, your character becomes easier to hunt down, often due to falling to the ground and having to crawl.

While you can’t fight against the monsters, you do have weapons to fight against the darkness. The castle has tinderboxes to light candles and oil scattered around so you can fill your lamp. Though you must be conservative, as there are only a finite amount of these in the game. It forces you to weigh your options of whether to go insane or run out of light at inopportune moments. This creates a wonderful blend of fear where no matter what you are doing in the game, you are constantly in danger. The game offers no respite.

Amnesia is also prominently known for launching the careers of several prominent YouTubers, such as Pewdiepie and Markeplier. It was excellent foreshadowing as to how the 2010s would be monumental for the rise of horror gameplay videos. 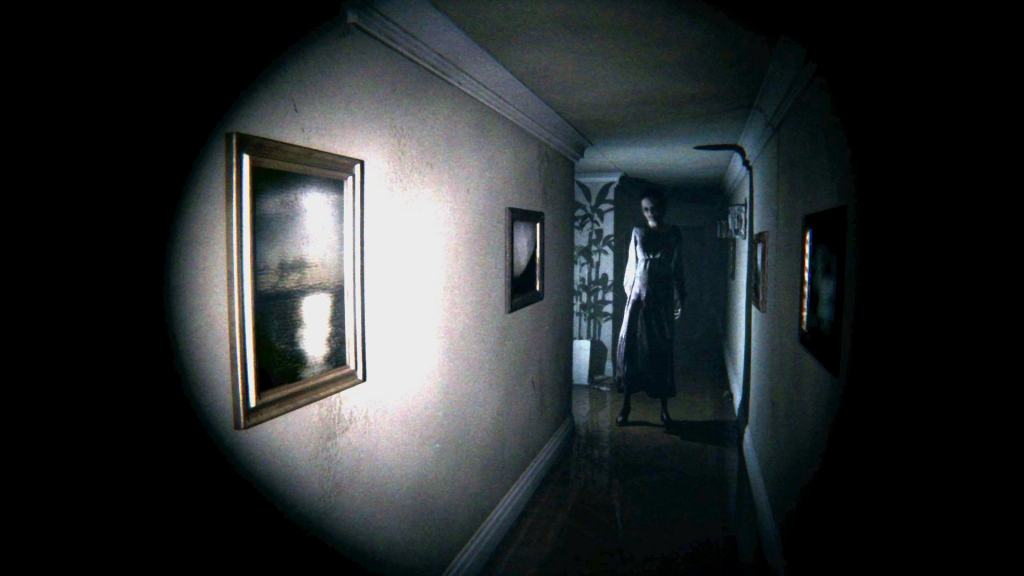 It is insane, in my opinion, that a game demo could be considered one of the scariest games of this decade. But frankly, few other games have such a complete mastery of the horror genre. P.T. (2014). comes from the mind of Hideo Kojima of Metal Gear Solid fame. The game was initially revealed as a playable teaser for a game from the made-up developer, 7780s Studio. Through some clever minds, the game was revealed to be the announcement of Silent Hills, a new game in the famous franchise with input from Guillermo del Toro.

The story follows an unnamed protagonist as they are trapped within a house. The primary location you explore is an ordinary corridor, much like the ones you walk down every day. The catch is that every time the player reaches the presumed end, they find themselves at the beginning. There is a twist: each time you restart, the player finds something has changed. In some instances, a previously locked door has creaked open, and in others, a fridge dripping blood is hanging from the ceiling.

P.T.’s greatest strength is that it uses curiosity and confusion to instill fear. The game is purposefully obtuse. That, in turn, means every moment in the game something has changed about the corridor that the player will want to investigate. Sometimes it leads to progress. Other times, it is just a red herring. Whatever it is, these minor changes draw players in, leading to frightening opportunities. There are fantastic scenes like when you enter the bathroom for the first time, or the radio man slowly revealing your character’s backstory. It is through a culmination of these moments that P.T. starts to fill the player with unease and dread.

One major positive in the game’s favor is that it is a free demo. The gameplay of P.T. can be frustrating with confounding puzzles that don’t have logical solutions. It is carried completely by its exquisite horror. A full-length game like this would be a frustrating experience.

Sadly, there is no way to experience P.T. as Silent Hills was cancelled and P.T. was taken off the PlayStation store. Thankfully, in the technology age, nothing is truly gone forever… if you know where to look. 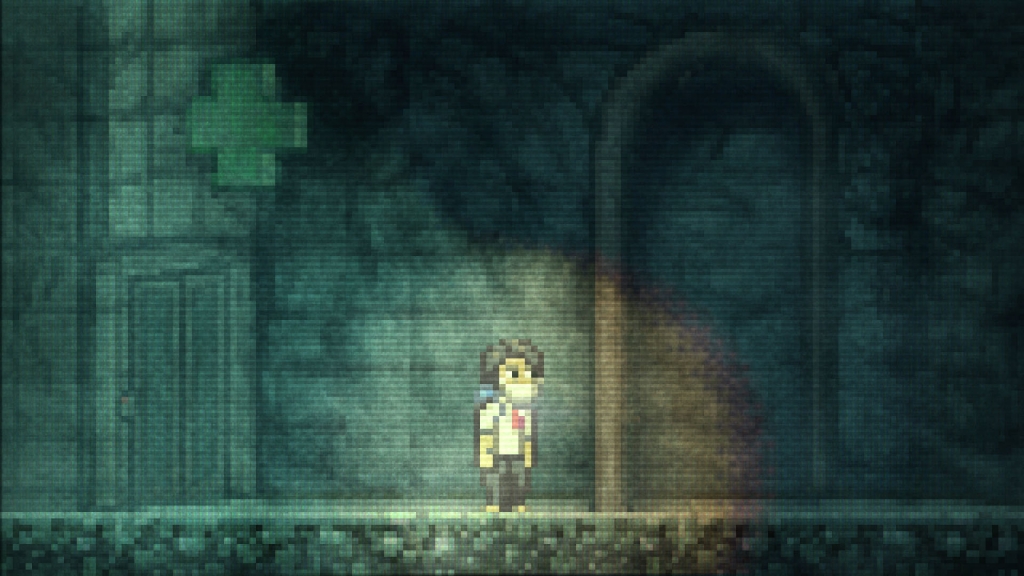 Despite not being a part of the franchise, many consider Lone Survivor (2012) to be the best Silent Hill game released this decade. This is especially impressive as the game was developed entirely by one person, Jasper Bryne. It follows the story of an unnamed man as he tries to survive a world ravaged by a plague that has turned almost everyone into monsters. Lone Survivor strikes a perfect balance between being able to fight back, but still feeling frail.

Ammo in the game is scarce, and if you are too hasty into combat, you can get overwhelmed by even a single enemy. The optimal strategy is to avoid combat when necessary by hiding or distracting the creatures with flares. The protagonist is also plagued with hallucinations and flashbacks. Every time this happens, we learn a little bit more about the past of this world and the man. Monsters are the main threat, but there is also your mental health to worry about. There are obvious ways of increasing it, such as eating cooked food, getting enough sleep or playing your ‘Gamejoy.’

Unsurprisingly, looking after one’s mental state is difficult in an apocalypse. Having to live in constant fear, murdering former humans, and getting little interaction with people can all take a toll. The game even presents you with a choice to make the adventure easier by offering pills. By taking the various colored pills, you get different benefits like not having to sleep or even getting more bullets. This may sound weird, but it does make sense in context. It is on you to choose what you prioritize. You can finish the game without caring about your mental health, just be ready to accept the consequences.

The story is a journey about what isolation can do to people. While yes, you do meet other people throughout your travels, they provide no friendship. You are the lone survivor, which explores why people choose to cut off close relationships as well as the pain that comes with that decision.

The Walking Dead: Season One 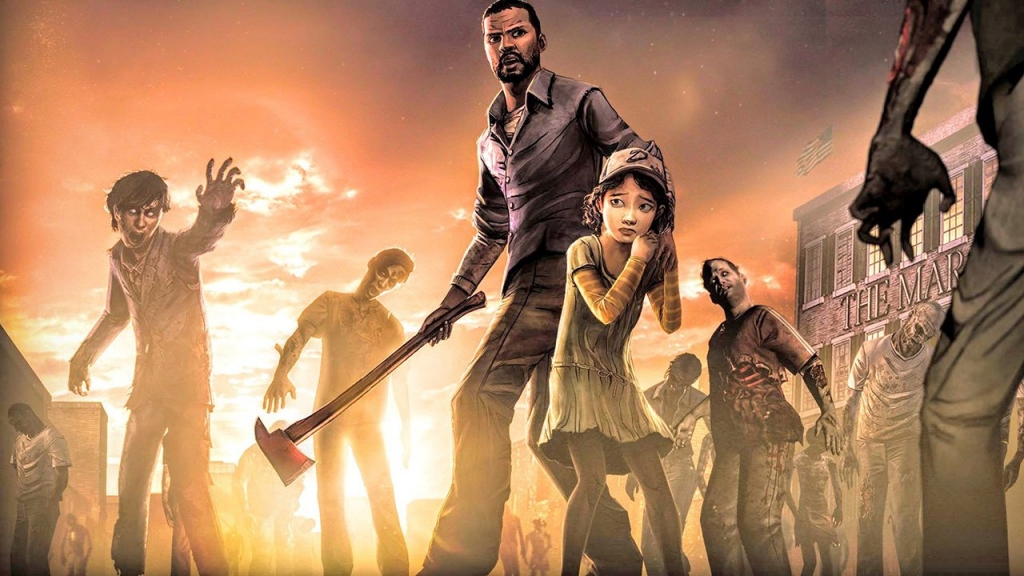 You know a game is special when it stood out during a time when zombies were absolutely saturating the pop culture landscape. The Walking Dead: Season One (2012) follows the point and click adventure of Lee Everett as he tries to survive a world where the dead walk again. The game emulates the old style of adventure games which had the protagonist walking around, gathering items, then using those items at various points to solve puzzles. That isn’t the main draw though, as these sections are few.

The real meat of the game comes from the social interactions and choices the player makes. While there are hordes of brain eating zombies at your doorstep, they are not the true monsters. Much like the show, the real threat is your fellow survivors. When food is running low, people’s loved ones are dying, and the threat of death is always in the air. This can make people irrational. The Walking Dead: Season One’s most compelling feature is in its characters and their interactions with each other.

Throughout various conversations, the player is given choices on what they want to say. This can lead to hilarious moments like an entire playthrough where Lee basically never talks. The player gets to e