This week on the Bloodhound Pix Podcast, it’s a Cinema Obscura double feature with a deep dive into “Combat Shock” and “The Other Hell”.

Whether possessed by trauma-induced insanity or the Devil himself, this month’s Cinema Obscura double feature takes us on a wickedly fun descent into madness. Say your prayers and arm up, boys… we’re going in! 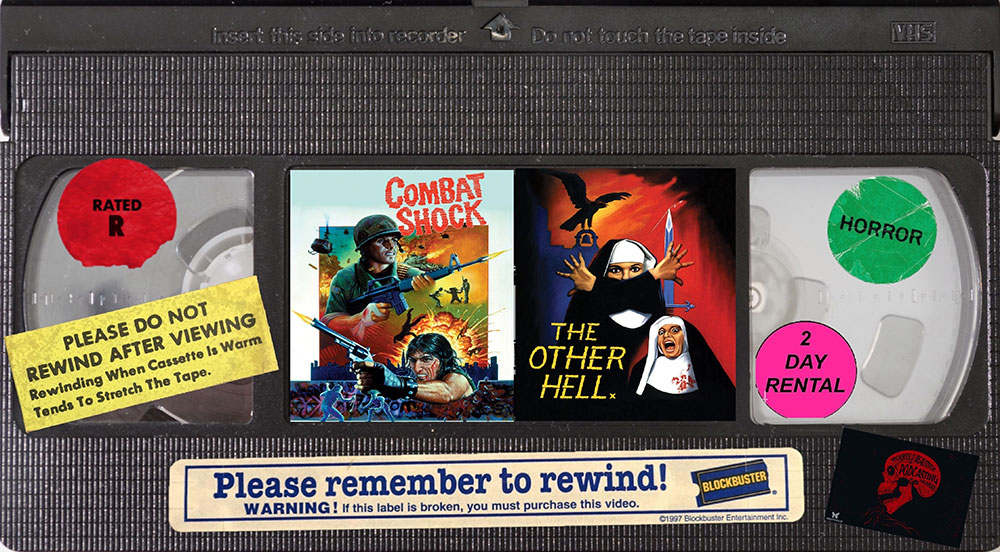 It’s the first Tuesday of the month! Which means Bloodhound Pix is releasing this month’s Cinema Obscura episode.

Prepare yourself for a double feature of the obscure and independent cinema that the horror genre has to offer. Each episode, Craig, Josh, and Kyle will tackle two movies in an episode that’s one-part highlight and one-part retrospective review. The films may be hidden gems, dumb fun, so bad they’re good, torture films, movies “only a mother could love,” or some combination. But someone on our team deems them worthy of a viewing.

This week, we discuss Josh’s back to back sleaze double feature of Combat Shock (1984) and The Other Hell (1981). In Buddy Giovinazzo’s grim masterpiece: Combat Shock, we draw parallels to exploitation, underground films, and Eraserhead. And in Bruno Mattei’s nunsploitation giallo, The Other Hell, all bets are off.  These two films are heavy on grit and grime, and light on logic, which perfectly reflects Josh’s taste.

(Both are available for streaming on Amazon Prime.)