Living comfortably in the “so bad it’s good” wheelhouse, this 80s hold over falls in line with other Metal monster mayhem films of the time. 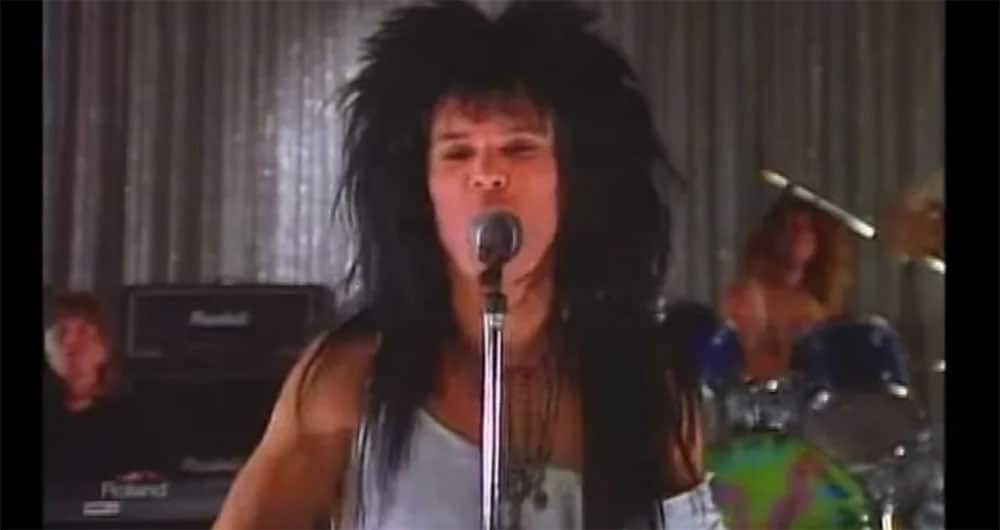 A fast-food worker makes a pact trading his soul for killer guitar chops so he can join a metal band, but bites off more than he can chew and must feast on souls to survive. Let’s dig into 1991’s “Shock ‘Em Dead”, directed by Mark Freed!

Featuring one of the worst openings of all time, mainly because they slaughtered “Purple Haze”, we jump into guitar auditions for the fictional hair metal band Spastique Colon. The pompous singer, who can’t sing a lick, is relentless in his criticism of potential axe slinger, Martin.

His rock star dreams crushed, Martin begs for his old job back and ends up bartering for instant talent and fame from a Voodoo Priestess.

Armed with the most ridiculous guitar ever fashioned (conjoined at the body with the necks protruding like the Eborsisk in Willow), Martin powers his way into the band and onto the Creeping Flesh Tour.

With some of the worst acting I’ve ever seen, the little pervert Martin gets to live out his fantasies as he fondles a groupie’s breasts as quickly as possible and becomes an ego monster. 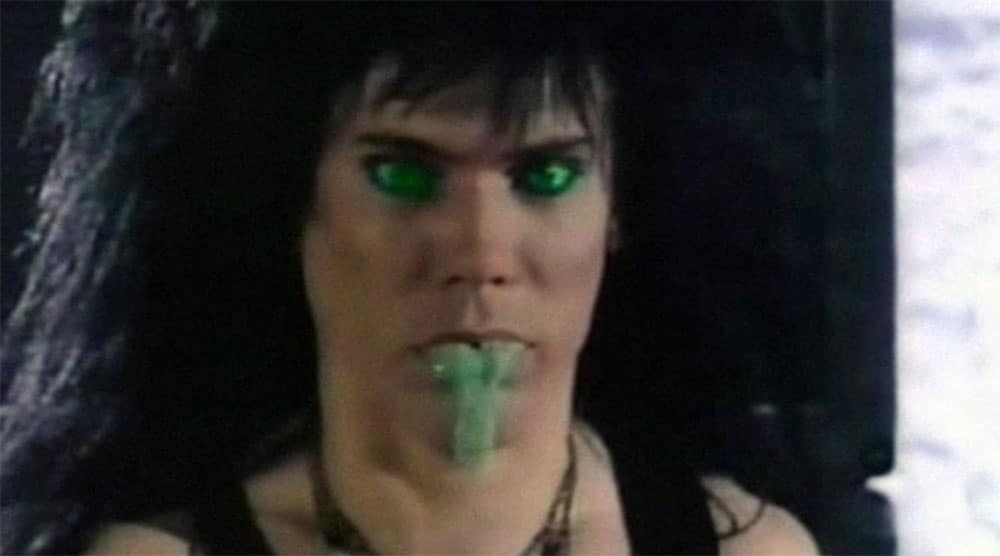 Martin (re-dubbed Angel) now discovers the food he’s used to eating won’t cut it, and he must ritually kill to stay alive. He makes his way through band members and girlfriends before finally meeting his match in Traci Lords (Lindsay) and her fiance Greg.

With production values on par with after school specials, this was destined for a rowdy crowd who’s not interested in anything but a good time.

The guitar duties are handled by Nitro guitarist Michael Angelo Batio who can really shred.

Traci Lords is back in sequential weeks after she popped up in Skinner.

Just like Lords, Tony Donahue (Record Exec) had a role in Cry-Baby (Hatchet’s Father) and also in the early eighties drama Grandview, USA, which starred: Laurie Strode herself, Jamie Lee Curtis; Ponyboy Curtis, C. Thomas Howell; and the one and only Patrick Swayze. 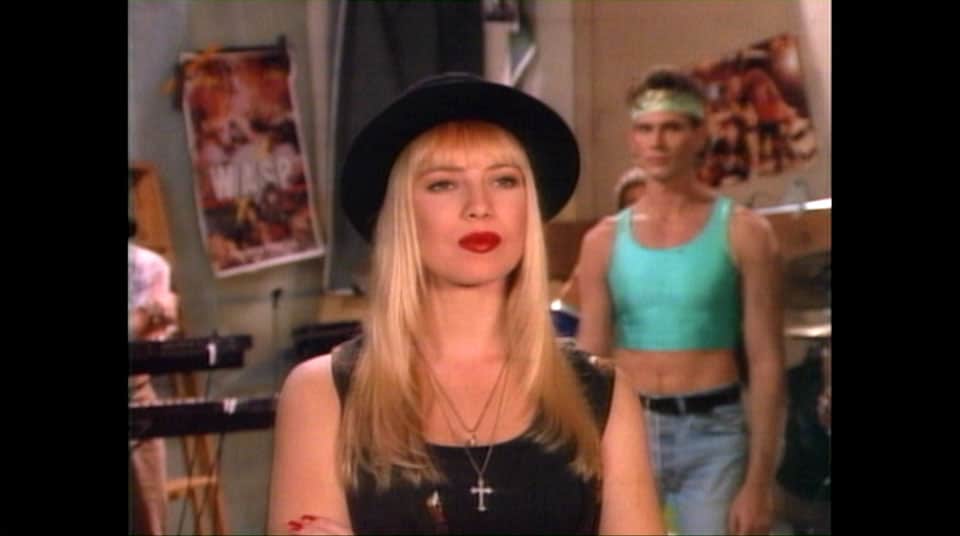 The song written for the fictional band features the perspicacious line “I’m a virgin girl. I wait til I’m married. I don’t go down on my knees.” This becomes, “A virgin girl is only good one time” once Martin takes over writing duties. A heavy hand of misogyny there.

Also, it comes with the territory for metal groupies of the time period but there are a plethora of breasts throughout the film. It may get lucky and fall under the radar of the time traveling cancellation machine like Motley Crue somehow has.

Traci Lords beauty is undeniable, but this is now the third genre film I’ve seen her in, and her acting is more impressive with every watch. Granted, she doesn’t get many lines. And though top billed, she is not the protagonist. But she’s still the one bright spot as far as acting goes.

Some things are too brilliant to touch. This isn’t one of those films, but it does hit a certain frequency of pure cheese that would not be easy to duplicate. Best to consider this a one-off performance.

Slasher Video released a Blu-ray and DVD back in 2015, which can be had on the secondary market. You can also stream on Flix Fling.