Despite its flaws, “Lords of Chaos” is an entertaining and visually captivating film, which effectively captures both mayhem and beauty.

Lords of Chaos is a biopic about the Black Metal band Mayhem, focusing most on its founder, songwriter, and guitarist Øystein Aarseth, aka Euronymous. But this isn’t a standard, “Hey, let’s start a band bros!” storyline like other rock biopics (Motley Crue or Def Leppard, anyone?). Because these guys happened to become involved in a series of Church Burnings — and even murder.

Many of the reviews for this film have not been favorable, and some of the main criticisms have revolved around the film’s lack of factual accuracy. For the most part, American actors were chosen to portray the Scandinavian characters. And the love interest between Ann Marit and Euronymous is completely fictionalized for the movie.

All that being said, I really liked the movie. I’ve read the book Lords of Chaos, seen Black Metal documentaries, and own the True Norwegian Black Metal book by Peter Beste. And yes, I still think this was a cool movie.

Visually, this film is stunning.

The Norwegian landscape, Euronymous’ record store Helvete, the band’s practice space out in the woods, Mayhem’s concert footage, and the church burnings were all shot beautifully. The beautiful visual component of Lords of Chaos also made the scenes of violence throughout the movie even more jarring.

At its core, this is a story about ambition. Euronymous lives and breathes metal in every scene while trying to carve out his own genre of Black Metal. He opens up a metal only record shop, starts what he calls the “Black Circle” and tries to dictate over his minions his own metal dogma. With this comes a lot of bold claims and eye rolling pontificating. 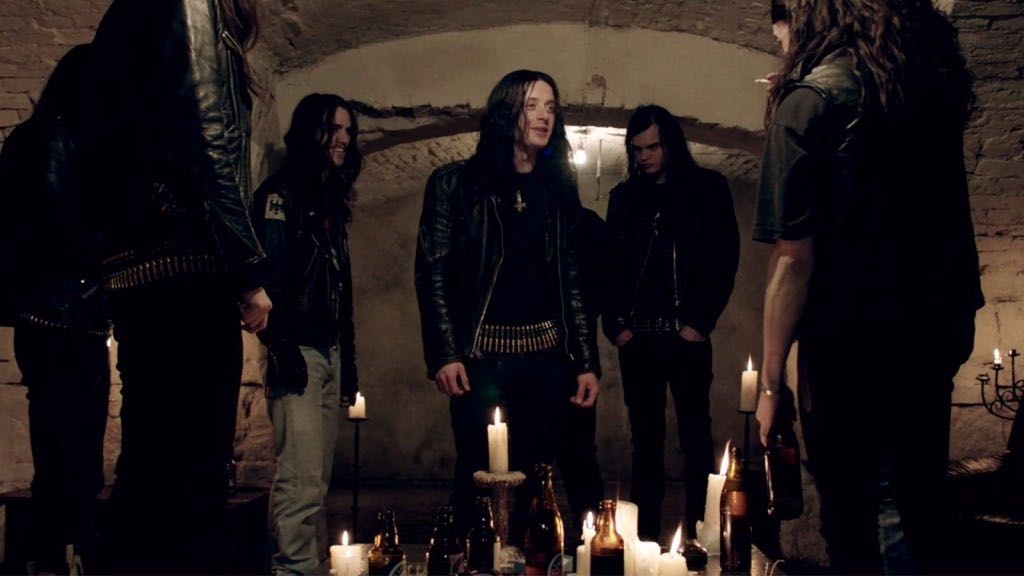 This leads to another criticism I’ve read about Lords of Chaos.

Many have expressed frustration that the dialogue was written poorly for these evil metal musicians. I’ve heard a lot of feedback along the lines of, “No one in this group would have ever said ‘We are Lords of Chaos.’” However, if these guys were supposed to be in their early twenties, I can honestly say I’ve heard people quite a bit older say even more brutally stupid things in the name of METAL.

My only criticism of the film was the actor chosen to play Varg. It isn’t that he’s not evil enough looking. Varg was a little baby faced back when the events of Lords of Chaos took place. I just think his part could have been played better. Varg’s character in the movie makes a dramatic sweep from chubby kid vying for the affection of his metal heroes to church burning-lunatic who ends up committing murder. However, I never really see past the insecure doofus from his fist time on screen. But that could’ve been the original intention? 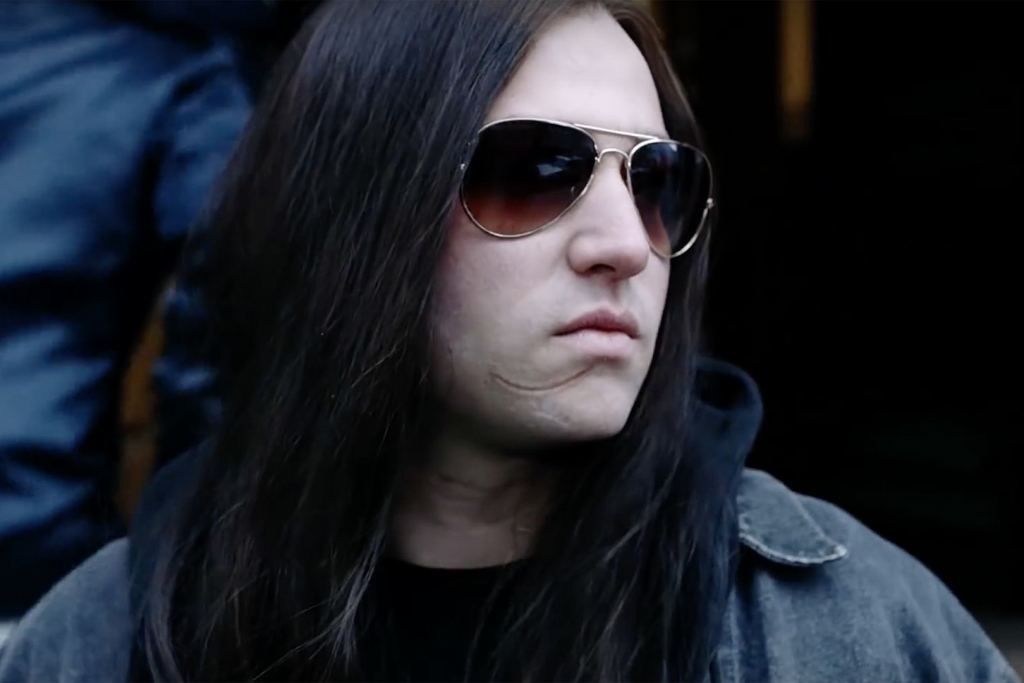 The Blu-ray release from MVD Entertainment for Lords of Chaos is presented as a 118 minute director’s cut.

However, although I saw the original cut when it first came out, I cannot differentiate much between either the original or the director’s version. But that might be product of my own memory. The only other special features are 11 teaser/trailers that I believe were used for promoting the film. They are fast cut blips containing some footage not seen in the movie — my favorite being Varg talking to Fenriz from Darkthrone about how cool Darkthrone is.

I’m a fan of special features, and this was a movie that could have really benefited from the inclusion of at least a director’s commentary. The film’s writer-director, Jonas Åkerlund, was actually himself in a Swedish metal band called Bathory, between 1983 and 1984. I know he did quite a bit of research for the film, including talking with members of Mayhem, Euronymous’ family members, and other people involved in the Norwegian Black Metal scene. I’d love to see a version of this film that includes more of that behind-the-scenes insight. 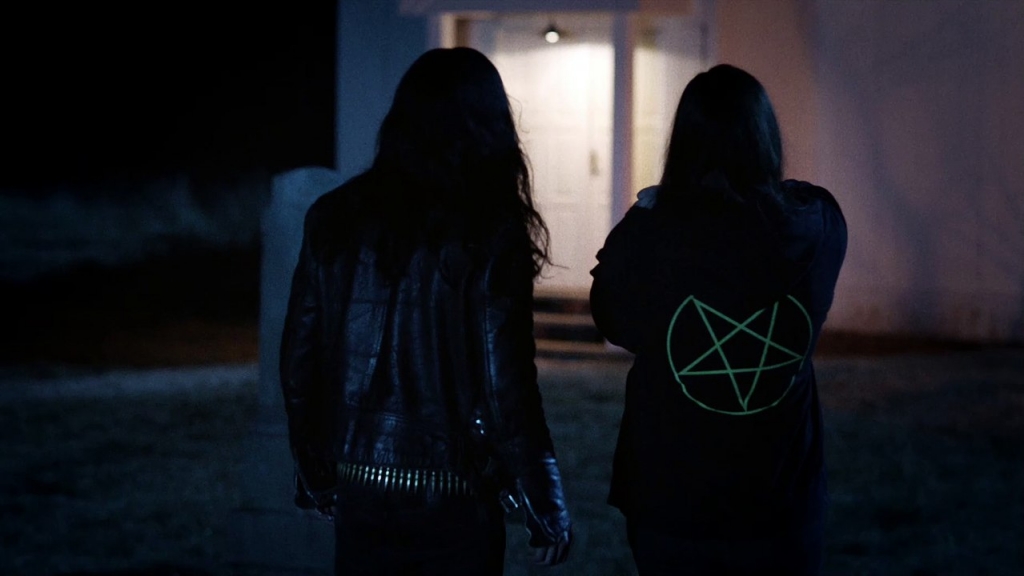 So, for Blu-ray collectors and fans of feature-packed special releases, this may not qualify as a must have.

With that said, it’s a beautiful film, and it looks especially good on Blu. And if you haven’t seen it, it’s definitely worth a watch. Ignore the bad reviews. I’m here to tell you that it’s a really entertaining watch. It’s beautifully shot, and it’s a fun ride. Sure, it’s dumb, and it’s probably not all that close to what really happened. But who cares? Because, you know…METAL!

Of course, this is all coming from a poseur. 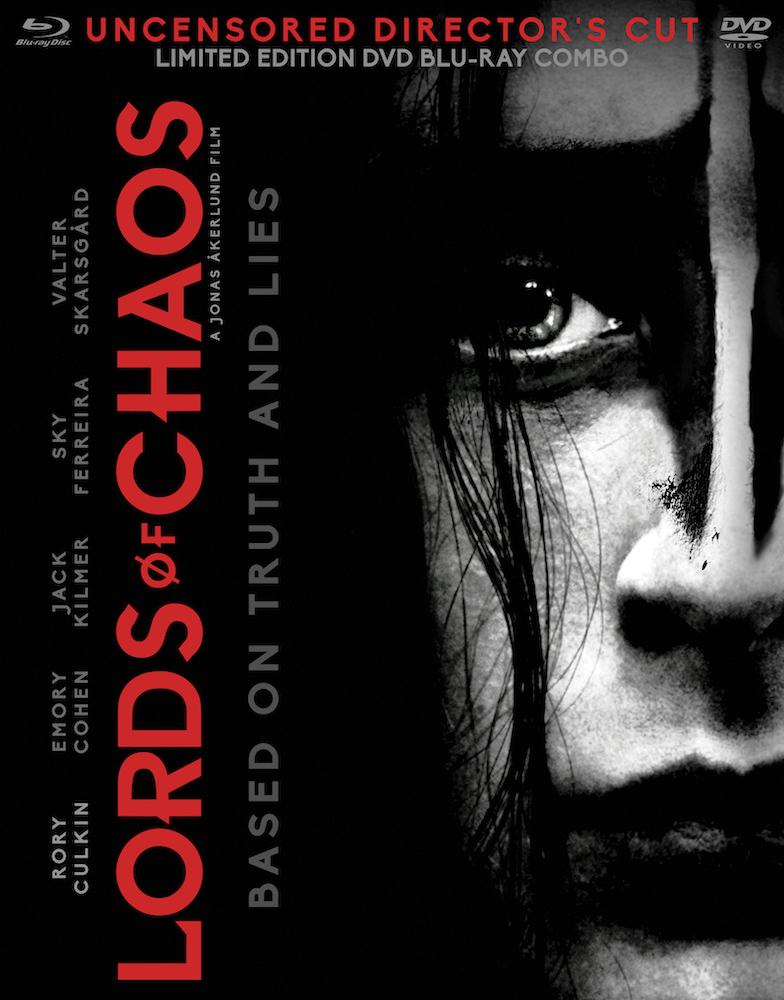 Want a second opinion? Click here to read an alternate take on Lords of Chaos.