Today is the 30th anniversary of Chopping Mall (originally released on March 21, 1986 under the title Killbots). This 80s sci-fi/horror classic about killer security robots who take over a shopping mall and start murdering teenage employees was a box office failure, but it later found success when released for home video, later rising to the status of beloved cult classic.

In honor of the anniversary, Blvckcat Co is proud to release this exclusive 2″ pin featuring the iconic Killbots from the film. This pin is only $12 and comes with a mystery mini print and a sticker. Also, the first 25 orders will come in cased in a special VHS box! This is a pre order and will ship immediately after it arrives. Don’t miss out on this very limited pin. Only 1oo of these will be available for purchase. Order yours today! 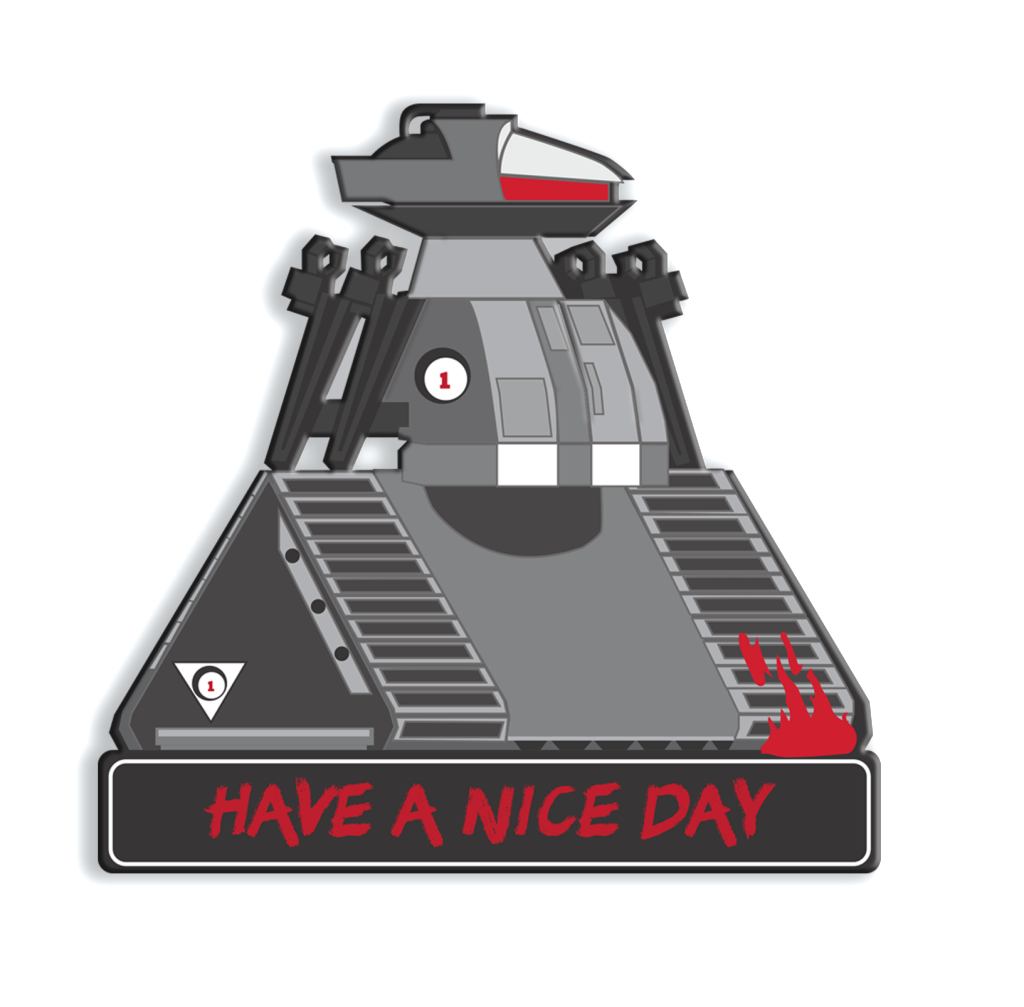 Jim Wynorski directed Chopping Mall and co-wrote it with Steve Mitchell. It starred Kelli Maroney (Night of the Comet) and Tony O’Dell (from the television series Head of the Class) and introduced Rodney Eastman, who later went on to star in A Nightmare on Elm Street 3: Dream Warriors and A Nightmare on Elm Street 4: The Dream Master.  The film was produced by Roger Corman and his wife Julie. If you haven’t seen this true 80s classic in all its cheesy glory (honestly one of my all-time favorite horror films), do yourself a favor and watch it as soon as possible!