Coven FX bring us SFX Makeup and Products by Women, for Women (Part 1/2)

At many of the huge horror conventions, and this year’s amazing The 17th Door Haunt in Tustin, I got to know Haylee Detroit and her talent for horror makeup. Now the announcement of a collective of women specializing in all aspects of makeup and special effects has rocked the SFX world!

Three talented women, Haylee Detroit, Melissa Coulter and Cassandra Byers, each with varying backgrounds in makeup and special effects, have decided to come together to form an FX company run by women, making FX products for women. Along with their original line of women’s silicone masks, Coven FX will also be offering services including but not limited to: mold making, casting, prosthetic and transfer making, prop making, foam fabrication, FX dentures, and life casting. 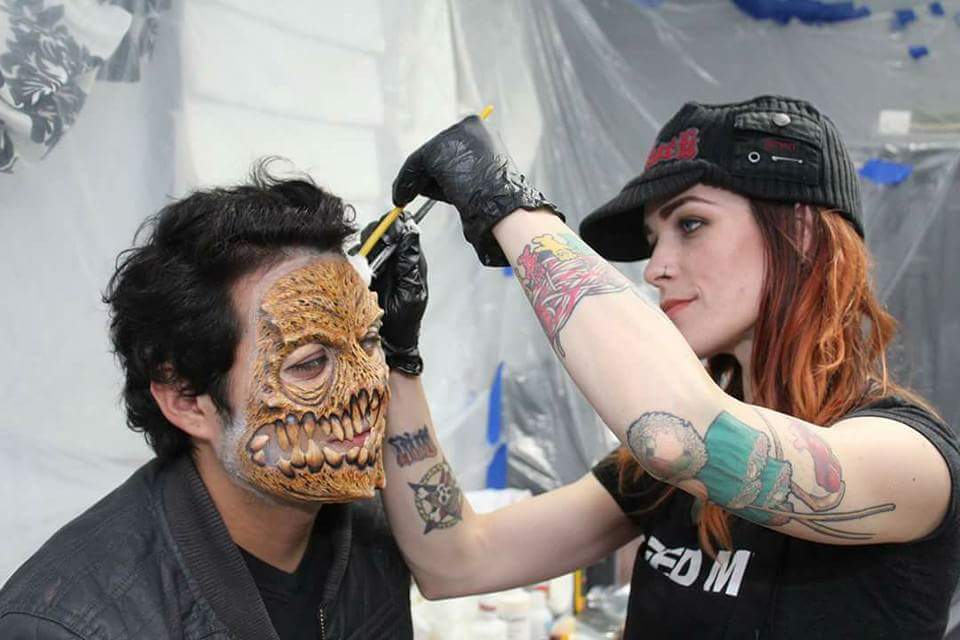 Haylee is the founder/owner of this groundbreaking endeavor and she had this to say:

“Being surrounded by so many talented women in the FX Industry is what gave me the idea to open Coven FX. Realizing that I have so many talented friends who struggle to get FX work in a male dominated industry, I started talking to Cassandra Byers about the idea of opening my own shop. With her Beauty Makeup and YouTube/Social Media Marketing background, adding Cass to the equation was a no brainer. But I knew we needed a strong sculptor. I watched an amazing mask created by Melissa Coulter go viral, and I knew she was our missing sister. With our varying backgrounds, along with the help of some other amazing women our combined talents give us the ability to take on any job that comes to us. We have become a Family, A Coven. And I am so excited to open Coven FX this Summer!”

In part one of my in-depth feature on these talented ladies, I interview the founders of Coven FX and get to know Founder/Owner/FX Artist: Haylee Detroit, Founder/Co-Owner/Beauty and FX Artist: Cassandra Byers and Founder/Co-Owner and Lead Sculptor/Mask Maker: Melissa Coulter.

INTERVIEW WITH THE WOMEN OF COVEN FX 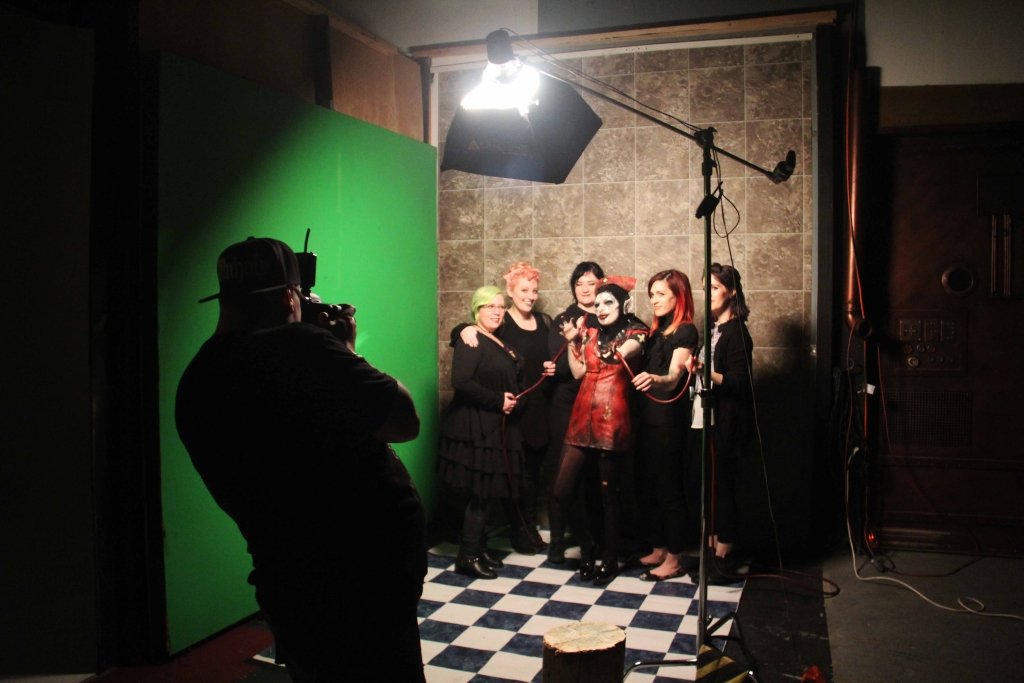 Los Angeles Zombie Girl: Hi ladies! I am so excited about Coven FX. The videos and photos I’ve been seeing are fabulous! What got you all started in this business?

Haylee Detroit: I’ve always loved horror. But I really came to appreciate the work that goes into horror FX when I moved to LA in the summer of 2014 and started working in special effects. Seeing the talent and ingenuity that goes into making a mask or turning a twenty year old into a rotting corpse firsthand shed a whole new light on the subject for me. I used to get squeamish during the really gory scenes, but now I’m on the edge of my seat staring at every aspect of it, trying to figure out every technique so I can improve my own work, taking it in as the art form it is instead of just seeing it as entertainment.

Cassandra Byers: I was in community college and unhappy with what I was doing. I loved art and I loved film and I wanted to find a different way to be a part of it. Do more alongside people. So, after some searching, I found that makeup/SFX IN FILM was a pretty do-able career. I switched into a makeup school based around fashion production and SFX called Cosmix School of Makeup Artistry and completed my certifications and went from there.

Melissa Coulter: I have always been a little creep, I used to set up mini haunted houses to scare my brother and attempt to make horror films with my friends but I couldn’t be bothered with anything but the scary parts so our movies never really went anywhere. When I was about 22 I realized, I could either do exactly what I want forever and ever or go lay down and die. It wasn’t a very hard choice once I realized that. 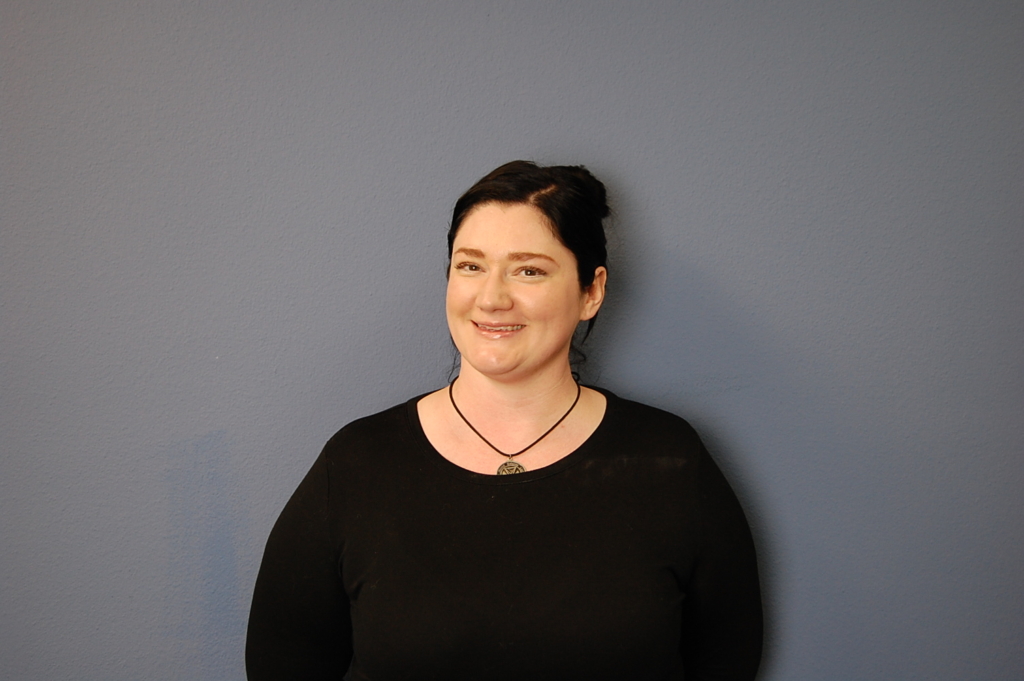 Los Angeles Zombie Girl: What can you each tell me about your journeys into SFX makeup?

Haylee: I only started working in FX make-up two years ago, when I moved to LA from Detroit; before that, I was working as a cosmetics artist. My first job in the industry was as a part-time airbrush artist at Six Flags Magic Mountain’s Fright Fest, led by Scott Ramp, the owner of the Scream Team. That experience was a life changer. Being surrounded by all that talent and so many great artists like Mike Spatola and Rod Maxwell, watching all those actors get completely transformed… I was hooked. I HAD to learn more so I could move up to a prosthetics position the next season, which took a lot of work, but it was worth it.

Over the following year, I took on several internships at various FX shops to gain more experience, working with Erick Rodriguez’s Imaginerick Studio and KC Mussman’s Nocturnal Designz Studio. I came back the next year to Fright Fest as a full-time Prosthetic Artist and I was in LOVE. Scott Ramp is an amazing mentor and without his direction, I wouldn’t be where I am today. The next year I moved to Orange County which gave me the opportunity to work at The 17th Door Haunted House in Tustin as the Makeup Department Head.

Cassandra: I went to school, I got work from people who worked in film from school after I graduated and branched out from there.

Melissa: I registered for the Savini school and then as an afterthought ordered a monster makers mask kit to see if I could sculpt because I had never done it before. I wasn’t that good but decided to attend the school anyways. Not that I didn’t want to work hard but I thought it would be pretty clear cut, go to school, get a job, work your way up. It turned out to be a lot more exciting and tiring then that, almost straight away in the Savini program I was assaulted with tests and tasks. I quickly found myself getting about 3 hours of sleep per night and feeling more fulfilled than ever before. The teachers really went out of their way to challenge us and thicken the skin. I went from tearing up at every obstacle to growing a pair of balls….I had them removed though so everything is normal down there again.