The Future of Women in Horror: Part Two

In part 2 of our three-part series, we chat with several talented women making indie filmmaking magic — the ones to watch, the names you should know.

When I decided that I wanted to celebrate Women in Horror Month by conducting as many interviews as I could, I put out a status on Facebook requesting anyone that was interested to contact me. I was expecting maybe about six to seven people, at the most, to respond. To my surprise, I had an overwhelming response!

I could not believe the amount of talented women who wanted ME to help showcase them. From actresses, to artists, filmmakers, writers…every single one of these women is insanely gifted, and I cannot wait to showcase them each. These are some of the best in the biz, and I feel extremely grateful that they’ve all trusted me to make them shine. 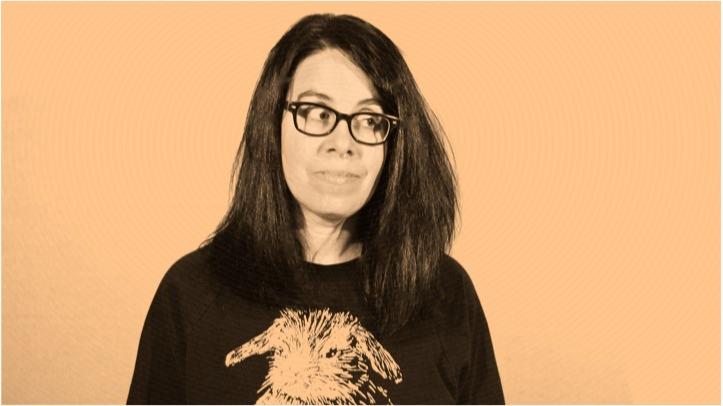 1. Please tell us a little about yourself and your projects (past, present, future).

I am half of a film making team with my partner, Brian Darwas. I write and produce, he writes and directs. Kind of like Eve and Russ Meyer (LOL). We met while working on a documentary film and formed a partnership from there. I produced and he directed 6 documentaries together. Around the same time we met, my brother was producing and writing indie horror films, which gave me an insight into that world.  At some point, a few years ago, Brian and I decided to cross over into the narrative world with GET MY GUN. We are currently co-writing our second feature now. Actually, we are writing two which is a little tricky. One leans towards a slasher and the other has more of a sci-fi feel.

I am also an avid film collector (35mm & 16mm). I have been building the collection for many years, mostly horror and grindhouse era films. This is not a world you see many women in either, for what ever reason. It is an absolute labor of love- very space and time consuming. But in a world where people rely less and less on physical media, but still use the word “film”, I believe it is important that these movies remain safe and preserved for as long as possible.

2. What made you want to become a filmmaker?

I love watching movies, collecting movies, and talking about movies.  It seems like the next logical step was to make one.

I’ve got a couple here, both in front of and behind the camera. Growing up, every Friday night my brother, mother and I would go to our local video store and pick out a stack of horror movies to watch over the weekend. On regular rotation at our house was CREEPSHOW & THE FOG, I was in love with Adrienne Barbeau. She was kind of scary, but totally funny at the same time. Tough, intelligent and beautiful. Her range of characters was crazy.

Behind the scenes, I continue to be inspired by Debra Hill and Sally Menke. Women are not always recognized in the fields of producing and editing, yet these two women stand out. Debra Hill is responsible for producing and co-writing HALLOWEEN 1-3, THE FOG, ESCAPE FROM NEW YORK, and THE DEAD ZONE.  It always surprised me that Hill was rarely mentioned. Producers are the glue behind the film and without a solid producer, the film can easily fall apart and fail. We function (especially on indie films) as casting directors, accountants, production managers, mediators, writers (and re-writers!) and set psychologists! Producers keep it together, keep it on budget and keep it on track. Debrah Hill’s list of credits show that she was not only intelligent, but a bold creative force as well.

Sally Menke is another one for me. She was Tarantino’s long time editor and collaborator on RESERVOIR DOGS, PULP FICTION, JACKIE BROWN, KILL BILL and INGLORIOUS BASTARDS. Editors amaze me. They are creative geniuses, but strict and organized disciplinarians too. Menke’s timing, eye for little (but important) details and music pacing make her a master at her craft. She has been referred to as “the definition of precision” and I think that says it all. We are lucky to have the cannon of films left behind by Hill and Menke and their early deaths are a tragedy to film making. Who knows what these two women would have continued to create if they were still with us. I also love Anouk Whissell & Francois Simard’s SUMMER OF 84. I am really looking forward to seeing what their partnership produces next. 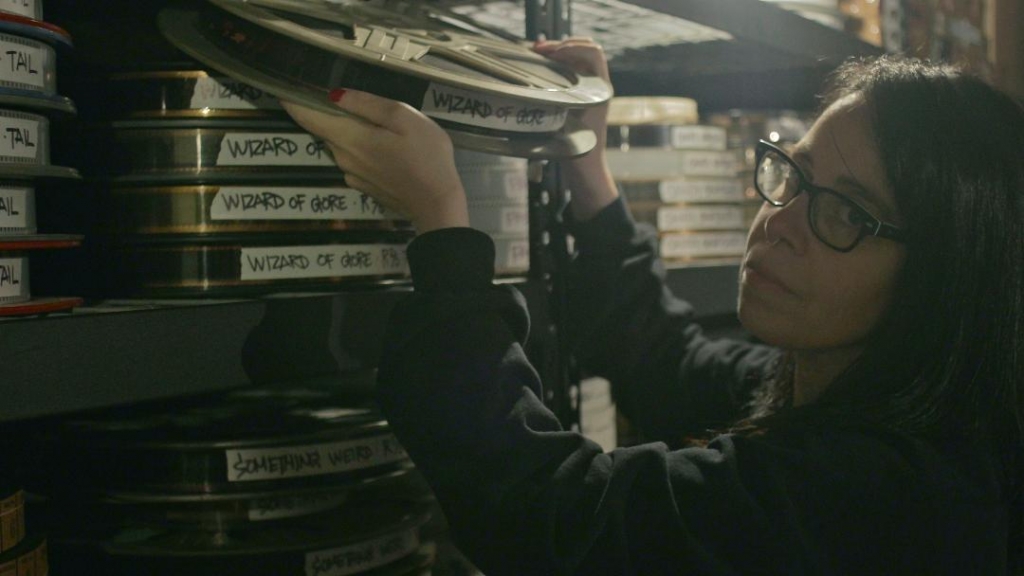 4. How have the roles for women in the horror genre changed, and where do you see these roles going in the future?

I think the general perception used to be that women in horror only represented the scream queens. Early on, women were just the ones getting punished or killed. Often these roles required taking off their clothes or acting only as sex objects. I think as horror began to grow, so did the character development for women on screen. Women became heroes, problems solvers and complex characters that save the day. Women on screen have become positive characters, as opposed to negative ones. This isn’t to say there haven’t been strong positive female leads in the past, it is just more prevalent (and accepted) now.

When writing GET MY GUN, it was important for us to make our women real. Their characters develop into three dimensional people with real struggles and issues. Both funny and serious. Resourceful, but with honest flaws. I’ve said this a million times, I have no issue with the character who runs naked and screaming into the dark basement only to meet her demise, but that is not what I am trying to create in a character right now. I think horror fans are looking for something a little more complex.

As for “behind the camera”, women have always been involved in this aspect. If you look into the world of producers, cinematographers and special effects- women have always played an important role. However, I think it is only more recently that they are being recognized and appreciated for their contributions to the genre.

5. What does having a Women in Horror Month mean to you?

It is a month to continue to recognize and celebrate the women of this genre that might not necessarily get noticed. It is cool to see all the articles about women creating important work and taking on important roles. It continues to allow us to learn about new projects and new talent that might otherwise not get showcased. This is especially true on the indie level.

6. Where can our readers find your work?

GET MY GUN is being released on DVD in March and streaming to follow after that. The best places to contact me and find GET MY GUN info is at Tragicbus.com and facebook.com/GetMyGunFILM. Support indie horror! (we also have an Instagram page for the movie, give it a follow).

Do we have several hours to discuss this? I have a few and this is where I get nerdy. I first saw the original TEXAS CHAINSAW MASSACRE when I was young.  My mother took me to see one of its many re-release screenings. TCM became a frequent rental in our house. The film terrified me, but also made me laugh. TCM feels like you are watching a documentary. The simplicity is brilliant. I was so connected to those kids in van, their building doom and dread as they travel through Texas unfolds very realistically. The camera shots, set design, sound design and character development make this a perfect horror movie in my eyes.

CREEPSHOW will always have a special place in my heart. I love anthologies and CREEPSHOW has everything. I remember going to see this in the theatre in 1982 and I was hooked. E.T. was playing at the same time and for some reason, the E.T. cardboard display in the lobby scared me to death. I was crying at E.T., but ten minutes earlier laughing during CREEPSHOW!  CREEPSHOW was in regular rotation on HBO and I