If a Scooby-Doo episode was turned into live-action and mixed with some 3M blood, you’d have “The Haunted House of Horror”.

A group of teenagers venture into an abandoned mansion, but someone is killing them off one by one, and they suspect each other. Let’s dig into 1969’s “The Haunted House of Horror”, directed by Michael Armstong!

With wardrobe and a color palette like an Austin Powers film, the sixties motif is well represented.

Also known as Horror House, this generic haunted house flick was probably trying to bank on the box office draw of Frankie Avalon and neglecting other parts of production. Unfortunately, it is so devoid of substance, the pitter patter of dialogue does nothing to intrigue.

The “kids” look to be in their thirties. The most interesting aspect of the film seems to be the wardrobe, with an especially strange piece that looks like someone made a dress out of a paper snowflake, cut by hand.

This inchoate incarnation of a haunted house film makes a critical mistake: they let them leave. 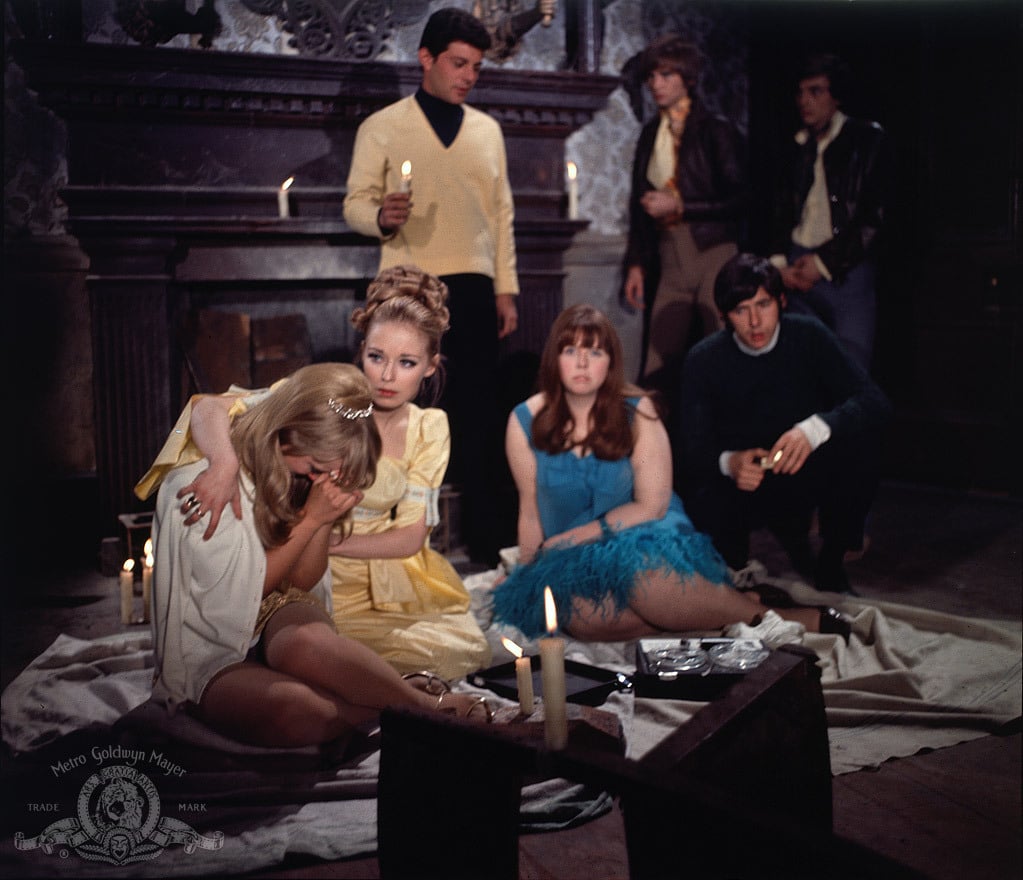 Once the kids show they can freely leave the house (and come back to it), what fear or sorry do you feel when they get picked off? None is the answer. Some of the kids look like they could have been cast in The Monkees.

There is a unique murder weapon — the Khukuri — which looks like a curved machete and was actually used in Bram Stoker’s Dracula (the novel). Its odd curve lends to the best point of tension in the film as the identity of the killer is whittled down to two remaining kids in front of a fire, and you can’t see who’s actually holding the knife until we pan out.

It ends with psychotic cries as the killer flees through the woods having gone mad and taking all the potential of the film with him.

Frankie Avalon (Chris) starred in enough Beach Party films alongside Annette Funicello to fill a dozen playgrounds with sand. He had a couple of ventures into the horror genre including Blood Song (1982) as well as a bit in Martin Scorsese’s Casino as himself. 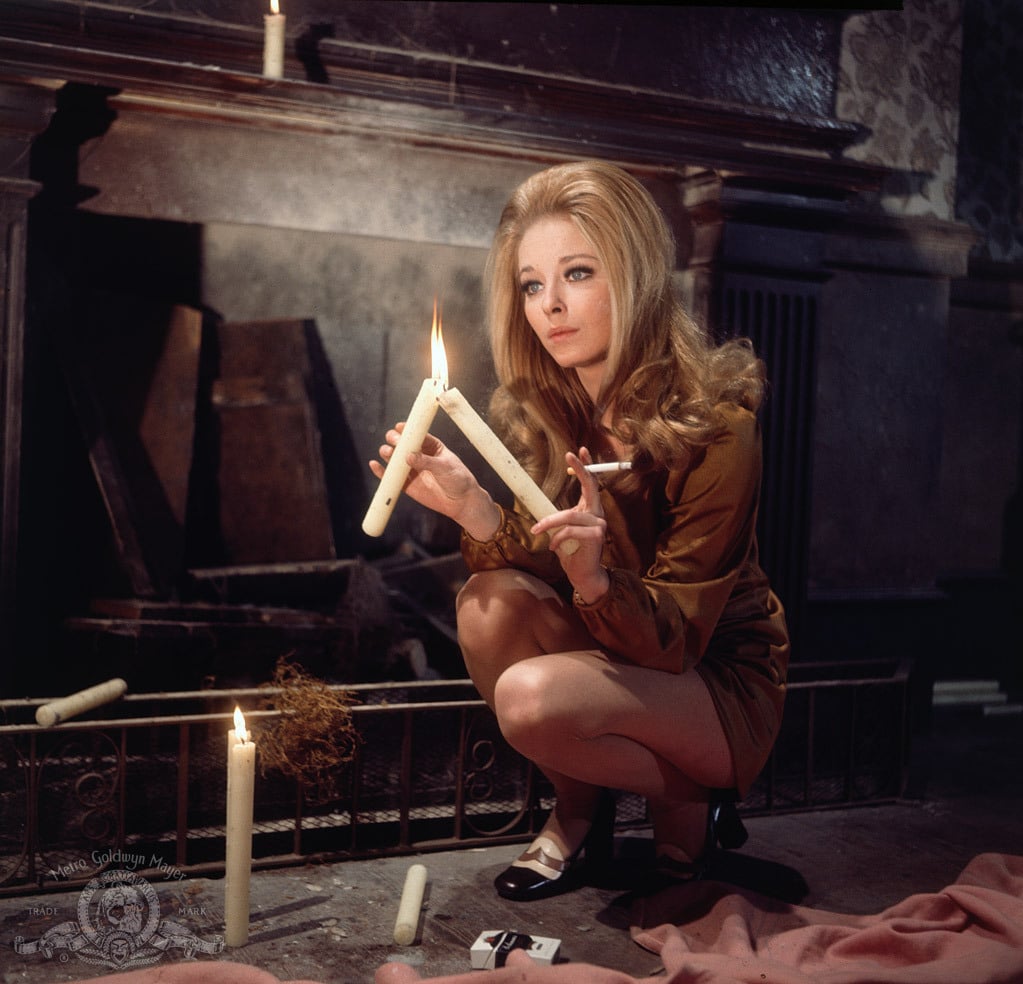 I could forgive some set up (the twenty minutes spent in the flat is too long, though), but once we’re in the haunted house we should never leave. It makes the fear impotent.

Jill Haworth is stunning! Her voice does not match her look as she sounds more like an old disciplinarian than anything.

It’s a below average haunted house story with no Ghost. Even the reveal of the killer is nothing special or unique. You can film a bunch of teenagers in an abandoned mansion that wouldn’t have a need for connection.

Screenbound Pictures put out a Blu-ray.