Simon Barrett’s Seance will be available exclusively to stream on the platform starting on Wednesday, September 29, 2021. As a Shudder exclusive, the platform will be the only subscription service that will carry the film in the U.S., Canada, the United Kingdom, Ireland, Australia, and New Zealand.

Known for writing some of the most revered horror films over the past decade, Simon Barrett (You’re Next, The Guest) wrote the screenplay and makes his feature directorial debut with Seance. 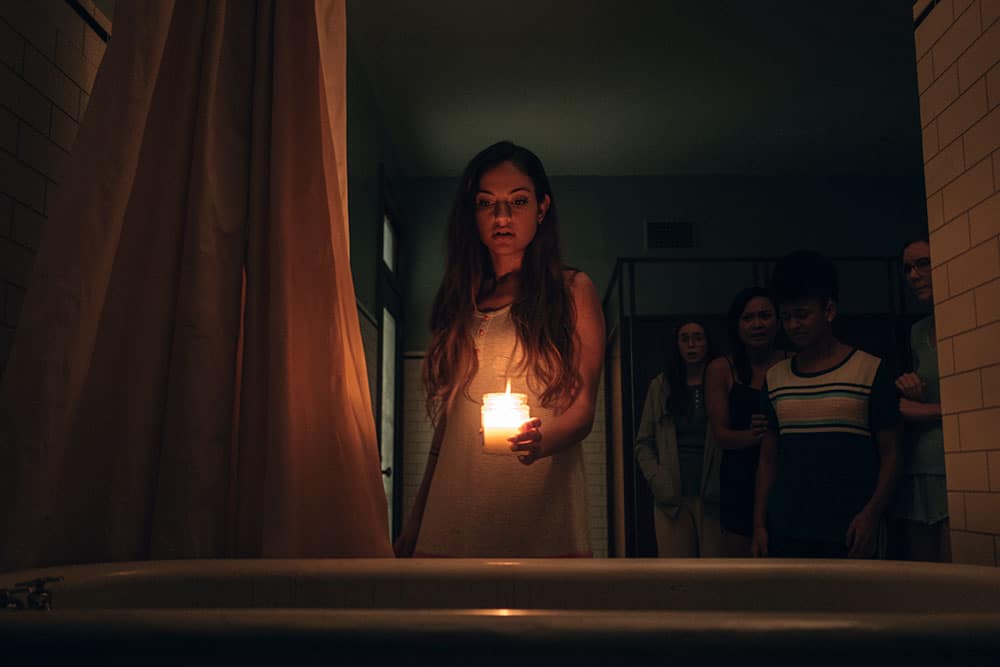 In Seance, Camille Meadows is the new girl at the prestigious Edelvine Academy for Girls. Soon after her arrival, six girls invite her to join them in a late-night ritual, calling forth the spirit of a dead former student who reportedly haunts their halls. But before morning, one of the girls is dead, leaving the others wondering what they may have awakened.

You can head here to listen to the hosts of Bloodhound Pix (a Morbidly Beautiful Podcast Network exclusive) discuss their love for Seance. The guys had this to say about the film:

Barrett’s feature debut as director is outstanding, and both Josh and Kyle agree it will no doubt appear on their Top 10 lists for the year.

Check out the trailer below, and stay tuned to this site for a full review coming soon.

From what we’re hearing, Seance is one indie horror movie you definitely don’t want to miss. We think it will be topping a lot of horror fans’ October watchlist…including ours!

This site uses Akismet to reduce spam. <a hr