This film is proof that you can butcher source material as long as you throw in some comedy (Pauly Shore) and a horror legend (Ken Foree). 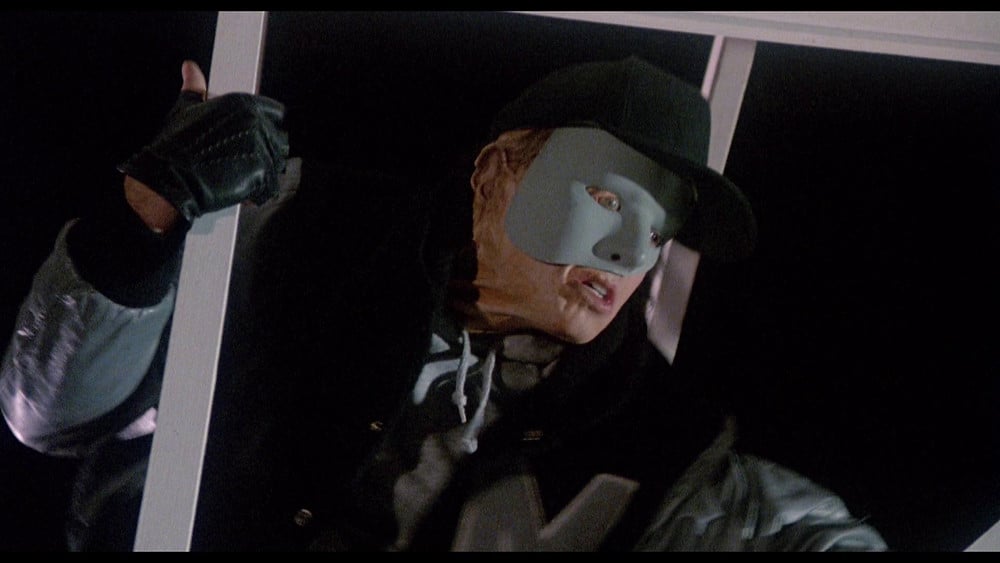 Melody’s boyfriend died in a fire. A year later a mall is built over the ashes of his house and strange things start happening, as some abomination lurks in the ductwork. Let’s dig into 1989’s “Phantom of the Mall – Eric’s Revenge”, directed by Richard Friedman!

Filmed in the same mall as such legendary films as Terminator 2: Judgment Day, Fast Times At Ridgemont High, Commando, Innerspace, and of course the genre darling, camp favorite, Chopping Mall.

It’s a late eighties interpretation of a classic horror tale through the filter of the doldrums of the slasher sub-genre.

I still found it enjoyable for most of the film. It sat in the pocket while it was fun, playful, and totally eighties. When it becomes more serious, below ground, it turns into low-quality camp/schlock and is no different than any other ‘direct-to-video, only rented because the cover art was cool or shocking, VHS’.

It should be noted there is a full burn in the climax, and the closing image is so poorly painted you can hardly tell there is a stinger.

We close out with a pretty decent theme song from Orange County punk stalwarts: The Vandals. 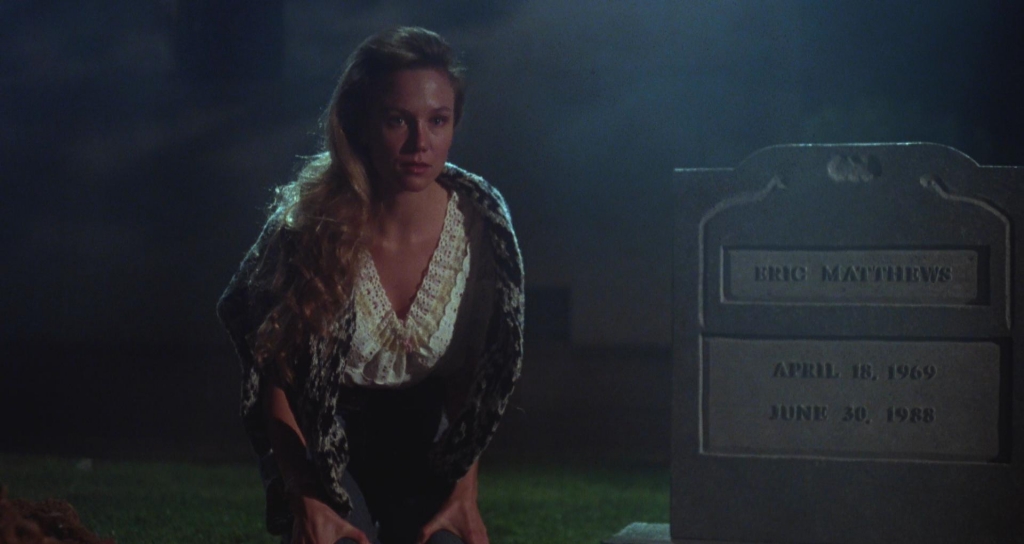 Jonathan Goldsmith (Harv) is “the most interesting man in the world” from the Dos Equis beer commercials.

Rob Estes played Sgt. Lorenzo in Silk Stalking, which I probably would not have known about if it didn’t directly follow WWF wrestling in the early nineties.

Morgan Fairchild is part of pop culture and has mostly cut her teeth on soap operas over the years.

Ken Foree, in my opinion, should universally be considered horror royalty. Even if his only credit was George A. Romero’s Dawn of the Dead.

Pauly Shore — the famous “Weez”. I personally love Pauly Shore films. Bio-Dome, In The Army Now, Son-In-Law, Jury Duty, and of course, Encino Man. He wasn’t necessarily his normal self in this film as Buzz, but he did get his moment to shine as he mooned a security camera as a diversion and he played the morbid humor perfectly. 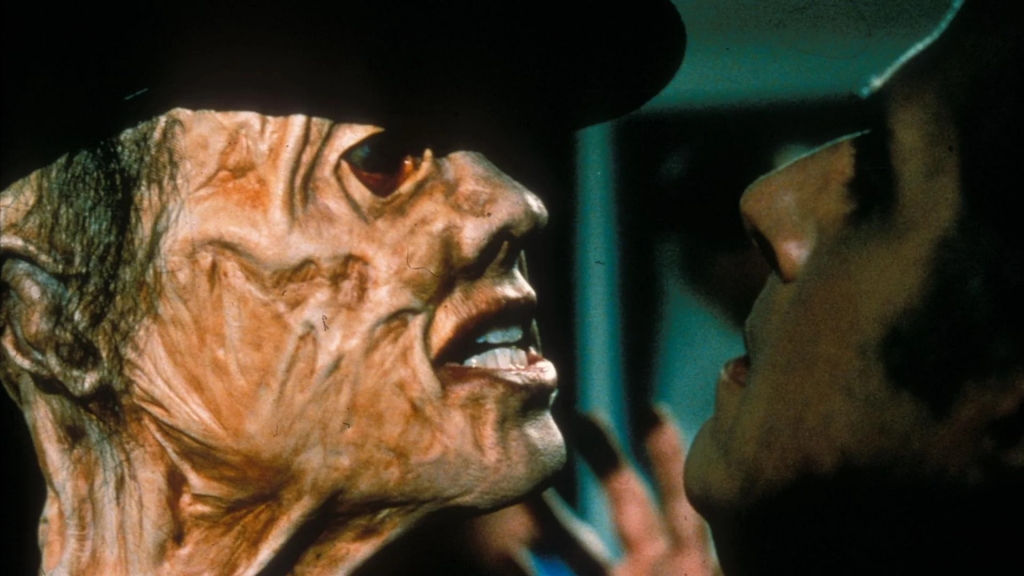 The karate phantom is hardly bearable, but it’s the pervert mall cop spying on girls in the changing rooms through security cameras that truly takes the cake. Why were the girls changing clothes out in the open? Well, it’s an eighties movie of course. It’s a prerequisite.

Ignoring my own proclivities (which would point towards Kimber Sissons [Suze]), you have to go with Rob Estes (Peter). The dude was on both Silk Stalkings and Melrose Place for a reason.

Being a very loose interpretation of The Phantom of The Opera itself, I’m not sure this is where any fan of that original story would go nowadays. But retro sells… sometimes.

As far as I know, there have been no further mall phantoms.

Arrow Films has a limited edition Blu-Ray available which comes with including screen stills and a poster. You can also stream on Shudder, AMC+, and Arrow.