A cheese-fest with a socially important backbone, relevant no matter what decade you happened to fall upon this direct-to-video thriller. 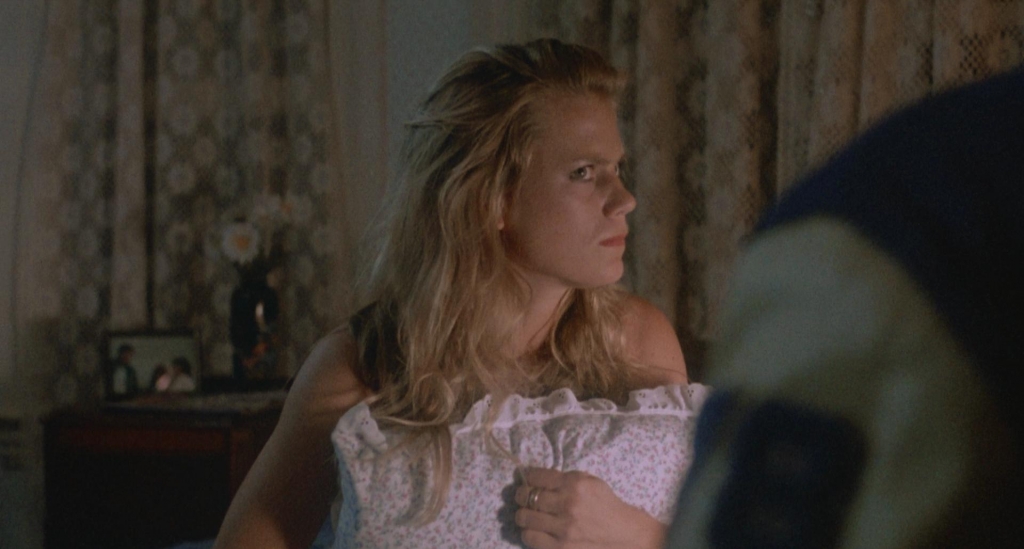 Two killer brothers, locked up for rape and murder, come back for revenge against the people who put them away. Let’s dig into 1989’s “Curfew”, directed by Gary Winick!

Sometimes horror films have the ability to grab an aspect of the zeitgeist. Regardless of how cheesy or shitty the acting (it’s pretty bad in this case), some films can paint the genre filmmaker as enlightened beyond their peers — or at least socially heightened.

Such is the case in the rape-centered, psycho-killer thriller, Curfew.

The choice to show two psychotic, raping, murdering, escaped convict brothers juxtaposed with the all-American high school athlete is very necessary. At the end of the day, both came to Stephanie Davenport’s house with the intention and motivation to deflower her. Who stands more guilty? That is the quandary it poses.

The gifted, wholesome, star athlete who believes he is entitled to Stephanie’s sexual service merely because he exists, or the deranged, vengeful (for being locked up for rape and murder by Stephanie’s DA father) and mentally unstable killer who does not grasp nuance or context and believes Stephanie has now promised herself to him. 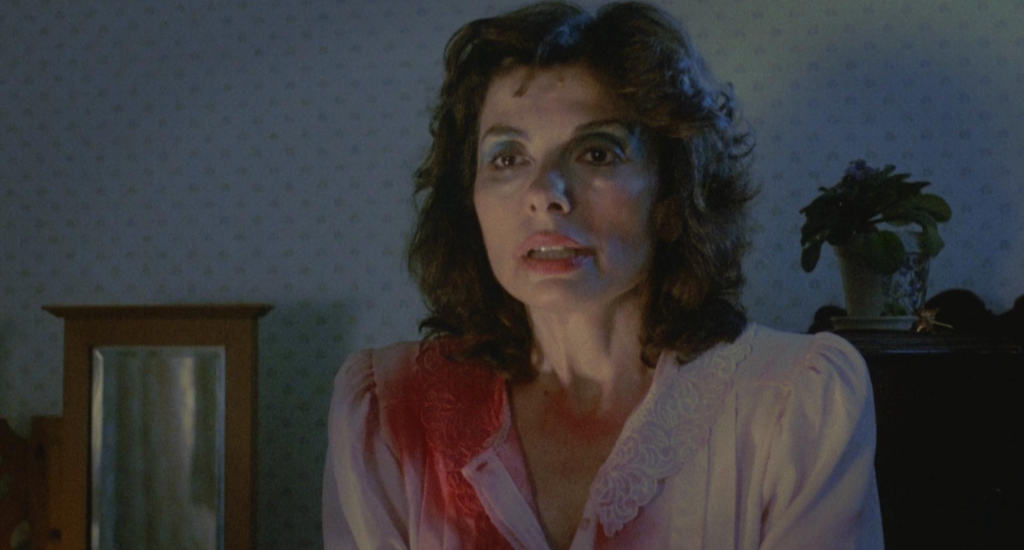 Those are your horses to race with, and they both smell like a pile of shit to me.

It seems like it could have been an inspiration for Funny Games or inspired by The Last House on the Left. However, it lacks the tidiness of the former and the sheer terror of the latter.

The acting is below sub-par. There isn’t all that much gore beyond some dripping blood and knife handles sticking out of bodies. There is not even a great score.

What is there is social commentary, still relevant some thirty-plus years later, that forces us to look at ourselves.

Kyle Richards (Stephanie), who became pop culture fodder with The Real Housewives, cut a rather deep ravine of low-budget horror into her resume, starting with John Carpenter’s Halloween. She was, of course, little Lindsey, who was resurrected (figuratively) for Danny McBride and David Gordon Green’s direct sequels This is the first horror film I’ve seen her in which I can recall her as an “of age” actor.

They are small bit parts, but The Brady Bunch’s Peter (Christopher Knight, who here plays Sam the deputy) and Mike Damone himself (Fast Times at Ridgemont High), Rob Romanus, pop up. The latter appears in a much smaller role. 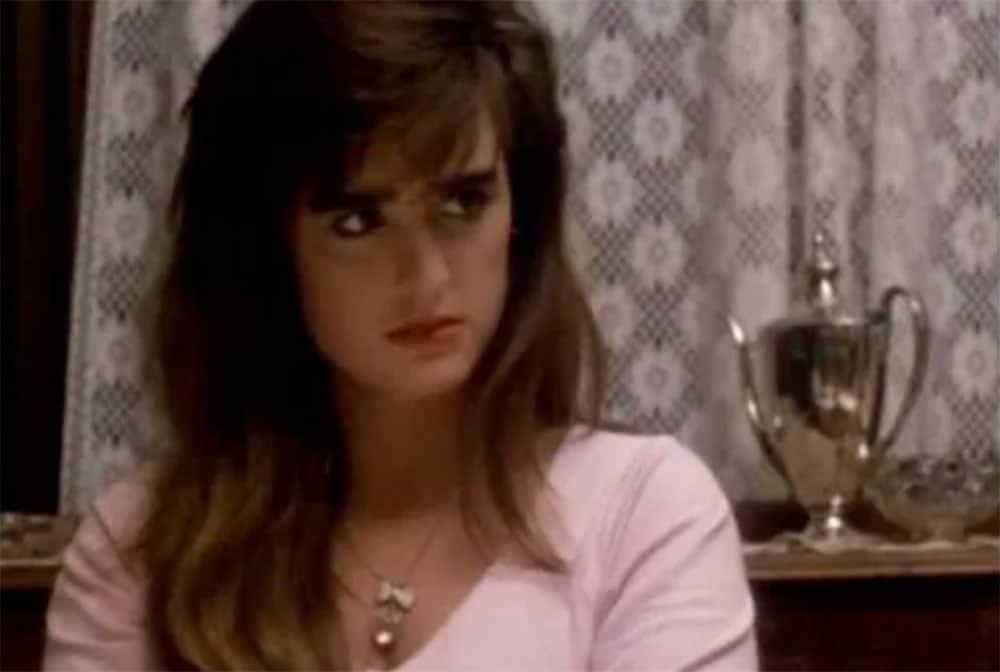 As brutal as the homicidal brothers are, and as rapey as most of the male cast is, it all seems very necessary to the story. There is an air of commentary that hangs over it all, not permission or condoning.

Wendell Wellman (Ray) is brilliant as a sadistic killer and exudes all the alpha male elements that are necessary to be so menacing. It’s a little deflating to know his talents were hardly used outside of this film.

You may find yourself sitting with a socially relevant story but not nearly enough gall to bring it forth given the vitriol that follows even discussing such topics openly. I promise you, such tales have value in the long run.

No progeny to report. Even though they were lucky enough to exist in a world where Roe v. Wade still existed, surely Stephanie would have had safe options available to her regardless, being the daughter of a politician.

Vinegar Syndrome released a Blu-Ray featuring a new scan and a couple of extras earlier this year. There are some limited edition slipcover versions left.