In honor of Valentine’s Day, we honor a love story for the ages, delivered via the most insane, blood-soaked romantic comedies of all time. 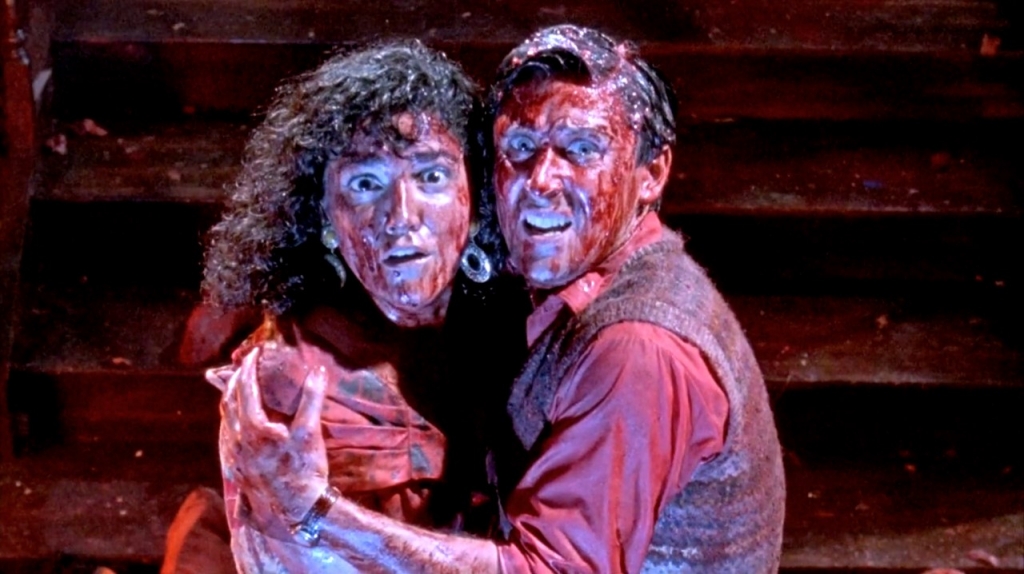 Everyone who watches horror regularly knows it is not a genre that is coveted by mainstream entertainment and is often reviled in a needlessly hateful and ignorant fashion. Horror is maligned as being merely mindless gore and boobs galore.

Romantic comedy is another genre that is equally misunderstood and met with just as much vigorous hate… as if there aren’t a million lukewarm shallow dramas that are pushed out at an alarming rate with the hopes of snagging a coveted Oscar nomination.

Peter Jackson’s gross out gore fest DEAD ALIVE is largely upheld as one of the finest horror comedies around and rightly so. But it isn’t just an effectively hilarious bloodbath; it’s also one of the sweetest offbeat romantic comedies out there.

Jackson slyly manages to meld the two genres into a film that has a lot of heart — and a lot of guts. 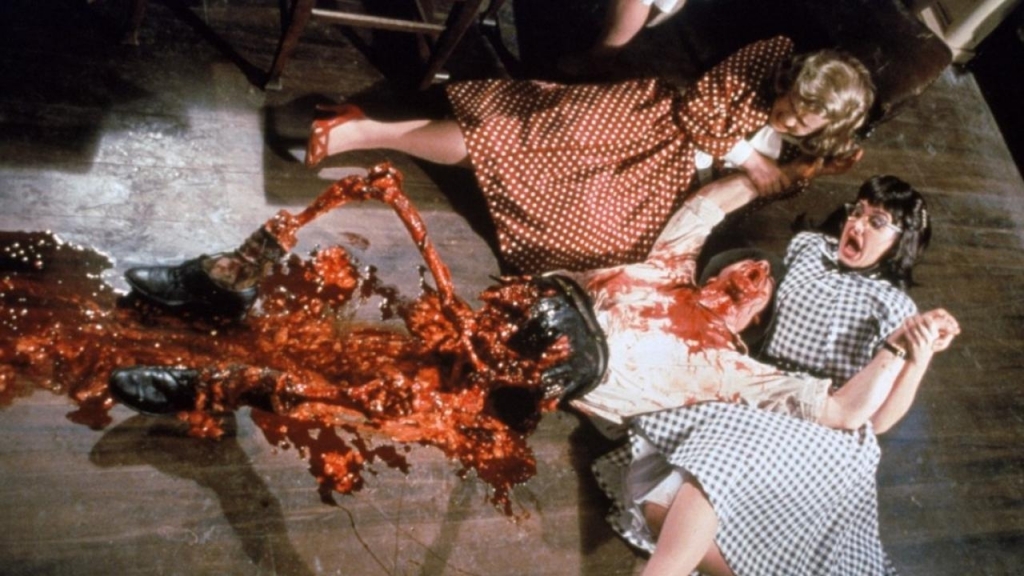 Yes, Dead Alive is a bit more outlandish than what you’d assume is standard rom com fare, but it does follow the classic formulas most rom coms follow.

Also, if you think that rom coms aren’t a bit outlandish, then you need to go and rewatch a few, because the majority of them are seriously off the rails in terms of plot. How to Lose a Guy in 10 Days is full-blown absurd in most respects, and Crazy, Stupid, Love thrives on chaos alone in a fashion that is not unlike Dead Alive itself. In the worlds of romantic comedy and horror comedy, chaos is the ruling principal, and the madness seldom lets up.

Dead Alive follows that simplistic equation in one of the most campy and genuinely sweet ways. 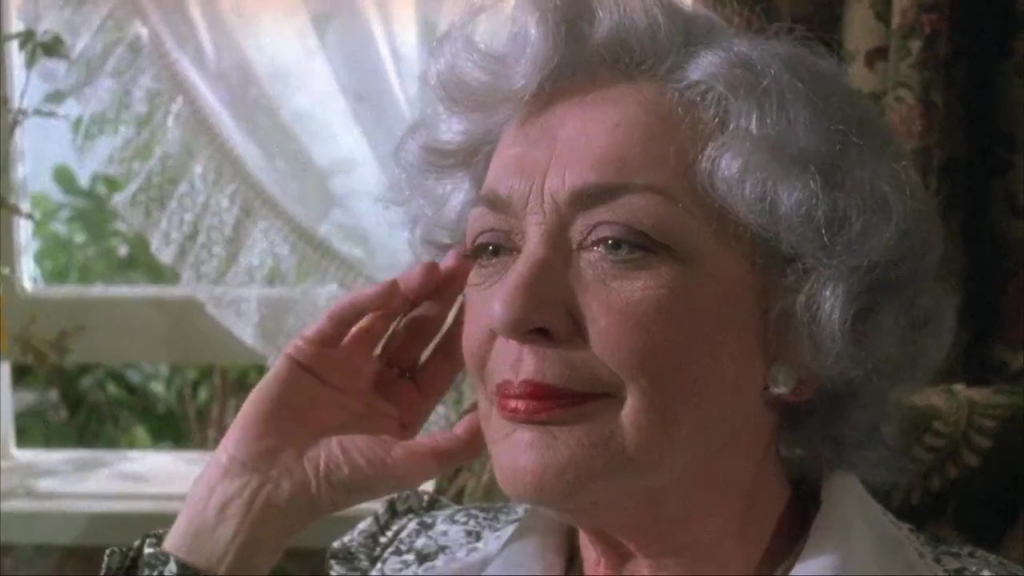 It goes to show that sometimes a convention that’s considered hackneyed can be dressed up in new and interesting ways.

The audience is introduced to the doe-eyed and lovely Paquita. She’s dreamy, feminine, and presented in the typical rom com fashion as the desirable delicate heroine, but the viewer later on learns that her pretty smile hides a fair amount of steel and gumption. When her life intersects with that of Lionel’s, a most awkward yet endearing courtship starts. However, like all good rom coms, there are extenuating forces that are working against them.

Long before Jennifer Lopez squared up with Jane Fonda in Monster-in-Law, Paquita was put at odds with Lionel’s overbearing mother, Vera. Vera sees the budding romance as her losing her control over her son, and her meddling in his life is the catalyst that leads to the film’s central chaos. While spying on her son and his new found love, Vera is bitten by the Sumatran rat-monkey. Of course, this leads to a veritably over the top zombie infection situation, which puts more strain on the already high-strung Lionel.

Dog eating and kicking ass for the Lord ensues because, as stated previously, the film operates on the idea of chaos theory like every good romantic comedy and horror comedy. 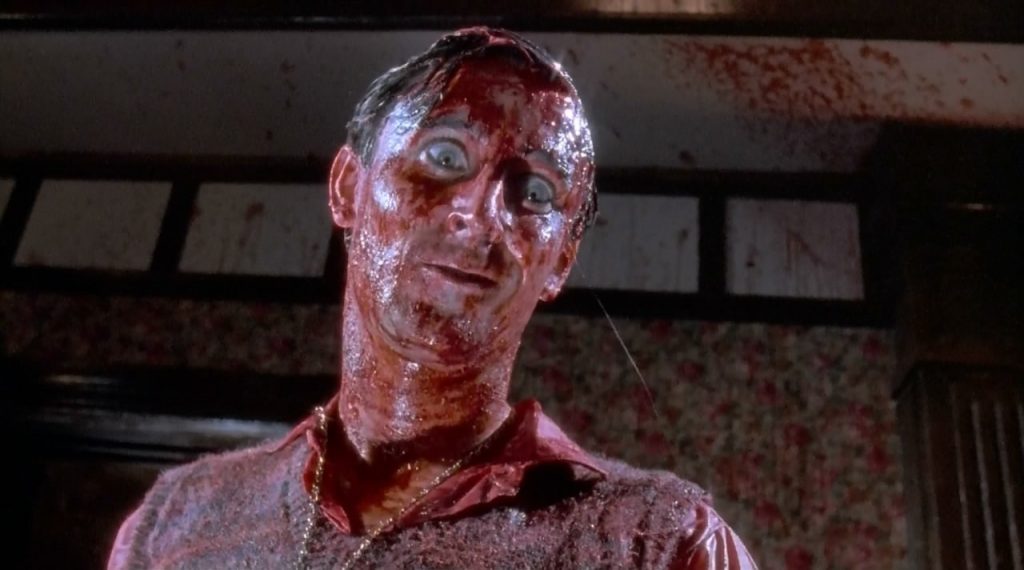 Everything bad that can happen does happen to Lionel as he tries to keep the zombie virus contained and date Paquita at the same time. Eventually, the stakes are far too great, and Lionel cannot risk Paquita’s safety. This is the part where he loses the girl.

There are many ways the guy can lose the girl in a rom com. The classic route is typically the boy is a dick and the girl parts ways with him a la Pretty in Pink, but Lionel here is neither a wealthy asshole nor a major appliance like Blane. Lionel is someone struggling to be responsible in a truly terrible situation, and he naturally puts Paquita before his own feelings and breaks up with her in order to keep her safe.

It’s a devastating part in the plot because the audience is actively rooting for this adorable odd couple, and the audience only becomes more upset when Paquita starts to see someone else.

When everyone thinks more can’t possibly go wrong, Lionel’s Uncle Les is thrown into the beautiful catastrophe that is Dead Alive. 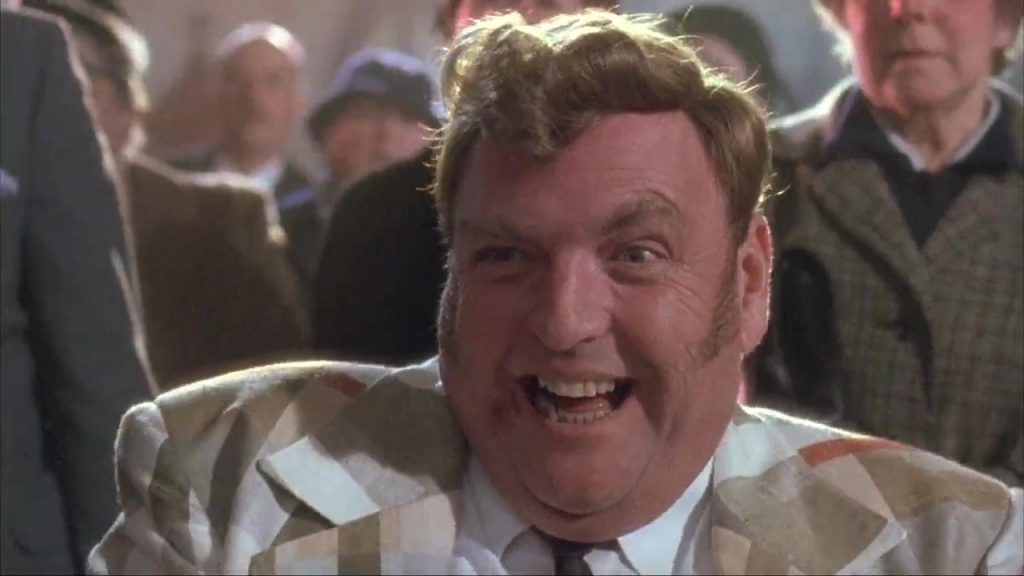 Les has arrived to add a blackmail element to the story because he wants Vera’s estate. Being the absolute ass he is, Les succeeds in this and throws a party to celebrate. However, this will be integral to the reunification of Lionel and Paquita because it is setting the absolutely grisly finale into motion.

Paquita wants to reconcile and, in doing so, discovers the zombies in the basement.

After deliberation Lionel decides to poison the zombies, but in actuality, he drugs them with an animal stimulant that makes the party Les is throwing an all you can eat zombie buffet. During this, Paquita shows how truly and wonderfully resourceful she is. It’s not often that a heroine who is coded in such a blatantly feminine way is thrown into the fray, but Jackson has Paquita fighting right alongside Lionel and executing some of the most fantastic and creative kills of the film.

There’s no sexist conflation that femininity negates a heroine’s ability to be a badass. 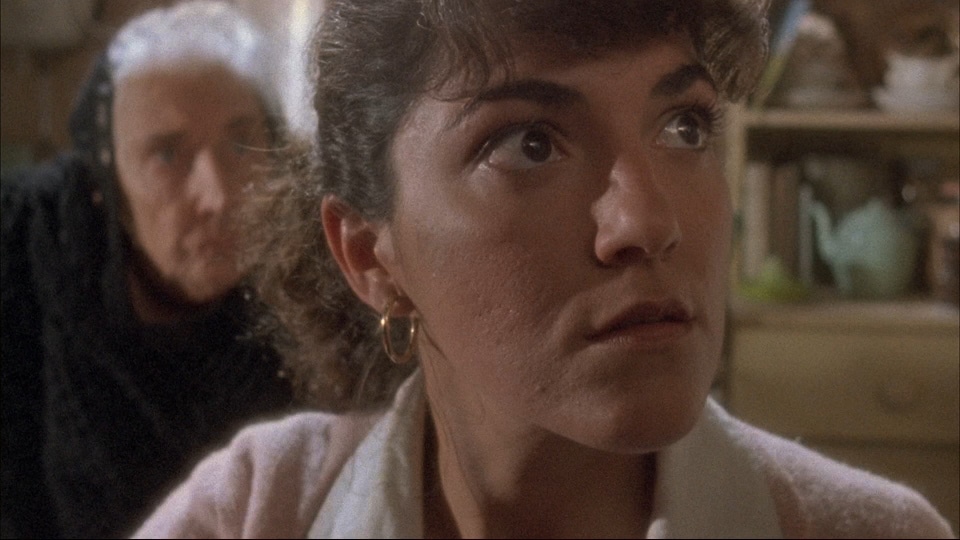 In my humble opinion, one of the most romantic features of the film is the duo both fighting zombies for their lives and their love.

Ask yourself if your partner would go at a hoard of zombies with a push mower for you. If the answer is no, then they are not the one. There’s nothing like the couple that slays together. The carnage is a unifying moment for them, one that brings clarity about just how much they love one another. Paquita now truly understands why Lionel broke up with her.

While it seems like they’re right on their way to a happy ending, Lionel’s grotesque and super powered zombie mother finally makes an appearance to test the couple one more time. Lionel rises to the occasion and lets his mother know that she no longer controls his life and reveals that as a child he watched Vera murder his father and his father’s lover. In short, Lionel is aware his mother has been an outright liar for the majority of his life. What comes next is symbolism at its finest when his mother devours him and he cuts his way out of her, killing her in the process — reborn as his own man, finally free of her.

When out of harm’s way, Paquita and Lionel make their reunification official with a kiss, and the movie ends with them happily together.

It’s the perfect rom com coda to this bizarre and sweet film that reminds us that, while it is a movie about zombies and has gallons upon gallons of blood to spare, it’s a love story, too, and a damn good one at that.

The idea a horror movie has to solely be one type of film is extremely outdated and has been since before Dead Alive even hit the scene, but it affirms that mixing genres can be done not only delightfully but successfully. 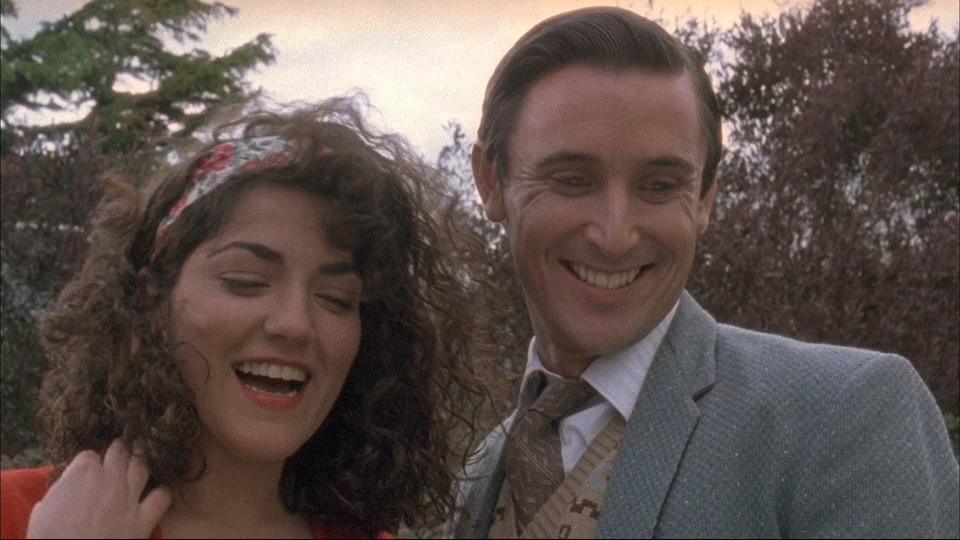 In fact, the contrast of the adorably saccharine romance and the uncompromising grossness of the gore makes the film memorable and even more endearing to viewers. It’s two concepts that seem wildly opposite  married seamlessly into one film that is funny, horrific, and romantic.

If real life romance were every bit as wonderful as Paquita and Lionel’s in Dead Alive, perhaps there would be no broken hearts. However, fans of horror and romantic comedy can both sink into the madcap wonder of Dead Alive as a way to escape the all too familiar pangs of heartache.

In many ways, Paquita and Lionel personally give me hope that love like that really does exist outside of fiction and hope that everyone else may get to experience something so truly enduring. May everyone out there find their own Lionel or Paquita. Happy Valentine’s Day!