Promoted as “the story of the strangest passion the world has ever known,” Todd Browning’s “Dracula” opened on Valentine’s Day in 1931. 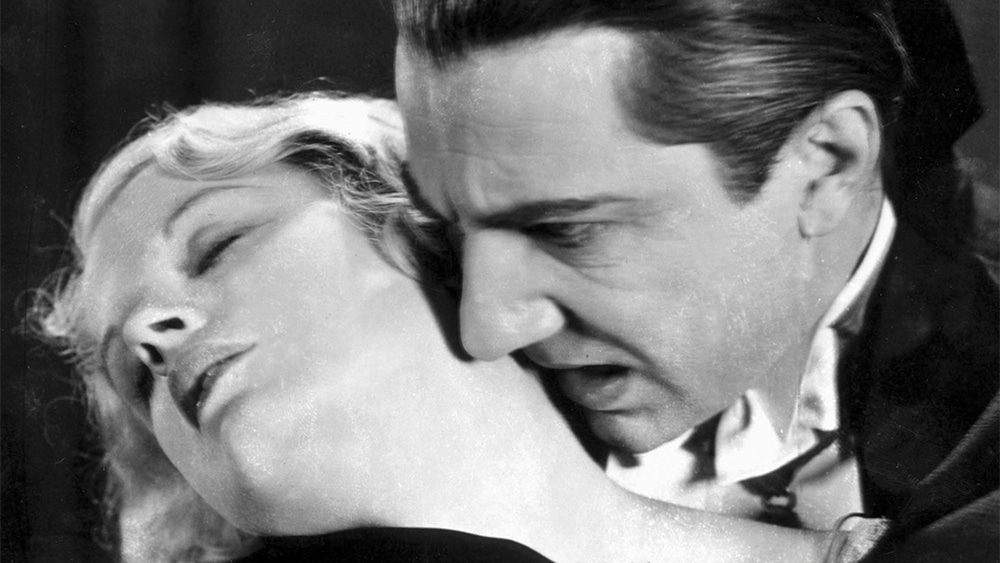 Todd Browning’s Dracula left an indelible impression on cinematic history, and Bela Lugosi’s performance as Dracula made him a horror icon.

Lugosi created an everlasting image of Bram Stoker’s Transylvanian Count that graced everything from Halloween costumes to decorations, from children’s television programming (Sesame Street‘s Count Von Count) to breakfast cereal (Count Chocula). The film itself has a wonderfully, shadowy atmosphere that perfectly compliments with Lugosi’s performance, which is at once charming and menacing.

The story of horror’s vampire king, Dracula, began as a novel of the same name, written by Bram Stoker and published in 1897. Like many other movies, it was based on a 1920’s theatrical adaptation of Stoker’s novel.

Before the popular 1931 film, German Impressionist filmmaker F.W. Murnau made a silent film, Nosferatu (1922). However, Nosferatu was made without permission from Stoker’s widow, Florence, who successfully sued the filmmakers for plagiarism and copyright infringement. As a result, the court ordered that copies of the film destroyed. Fortunately, some copies survived. 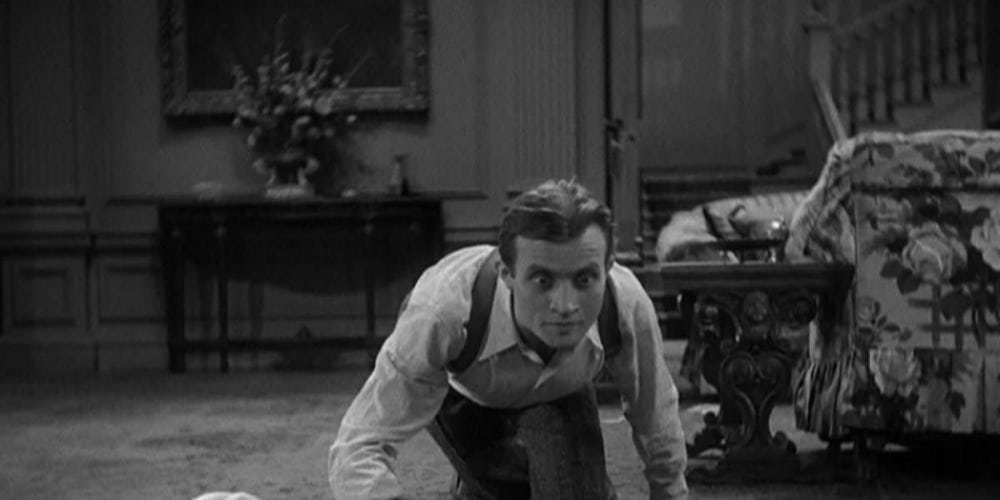 Browning’s Dracula begins with English solicitor, R.M. Renfield (Dwight Frye) traveling to Transylvania to arrange a real estate deal with Count Dracula who’s purchasing property in London. Dracula drinks Renfield’s blood. Renfield returns to London a changed man — and not for the better. The ship he returns to England in contains the Count’s coffin and a dead crew. The only survivor (seen by authorities) is Renfield, who appears to have lost his mind. Thus, he is committed to Dr. Seward’s (Herbert Bunston) asylum.

Dracula roams London, crossing paths with Dr. Seward, his daughter, Mina (Helen Chandler), Mina’s fiancee, Jonathan Harker (David Manners), and her friend, Lucy (Frances Dade) at the theater. Dracula first preys on Lucy. After killing her, and turning her into a vampire, he sets his sights on Mina.

Meanwhile, Dr. Seward consults Professor Abraham Van Helsing (Edward Van Sloan) about Renfield’s case. Van Helsing knows all about vampires and figures out who the source of vampirism is in London. But he needs to convince those around them of Count Dracula’s true nature, while saving Mina from joining the ranks of the undead.

Dracula was the first of Universal Studios classic monster films of the 1930s. 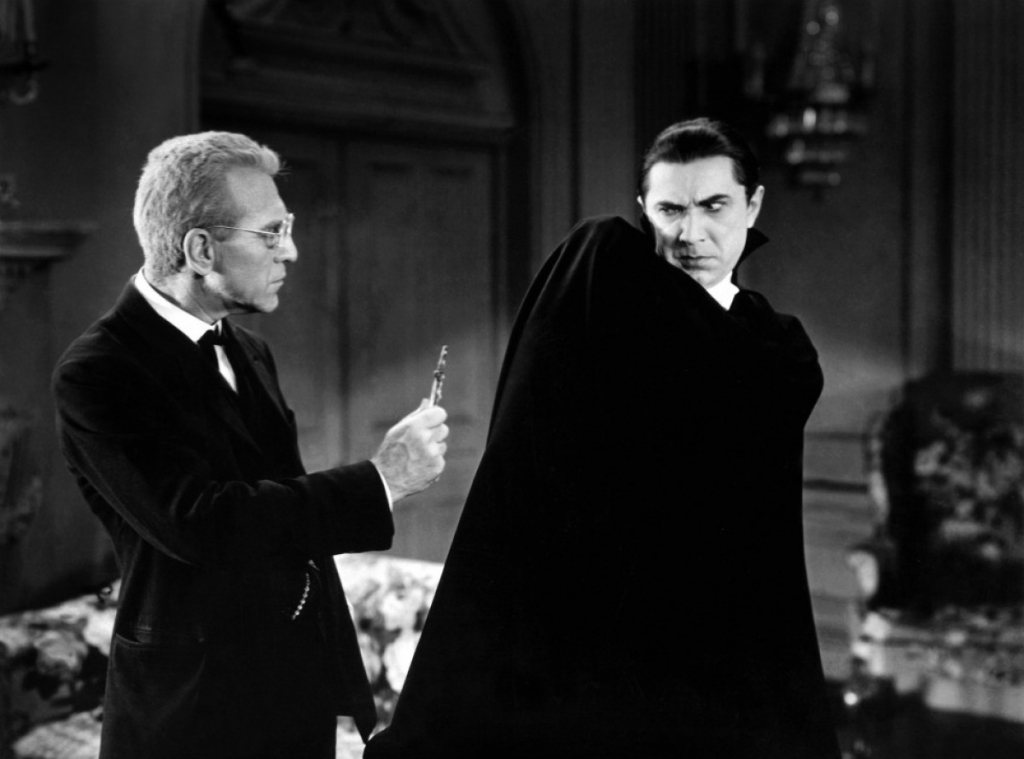 When Hollywood producer Carl Laemmle Jr. decided to turn Stoker’s horror novel into a film, he got permission.

Screenwriters of the 1931 classic, referenced both the stage adaptation and Murnau’s film. The film’s budget was very low due to the stock market crash of 1929 and the beginning of the Great Depression. For this reason, the producers decided to base the screenplay on the stage adaptation.

As with many films, the making of Dracula sounds as dramatic as the film itself.

Bela Lugosi, Edward Van Sloan, and Herbert Bunston all were cast members from a 1927 stage production of Dracula. The touring production happened to be in Los Angeles when the film was being cast. Van Sloan and Bunston were both brought onboard to reprise their roles from the Dracula play. However, Laemmle didn’t want Lugosi as Dracula. He wanted Lon Chaney for the role. But Chaney, who had appeared in 10 of Browning’s previous films, died before he could be cast. 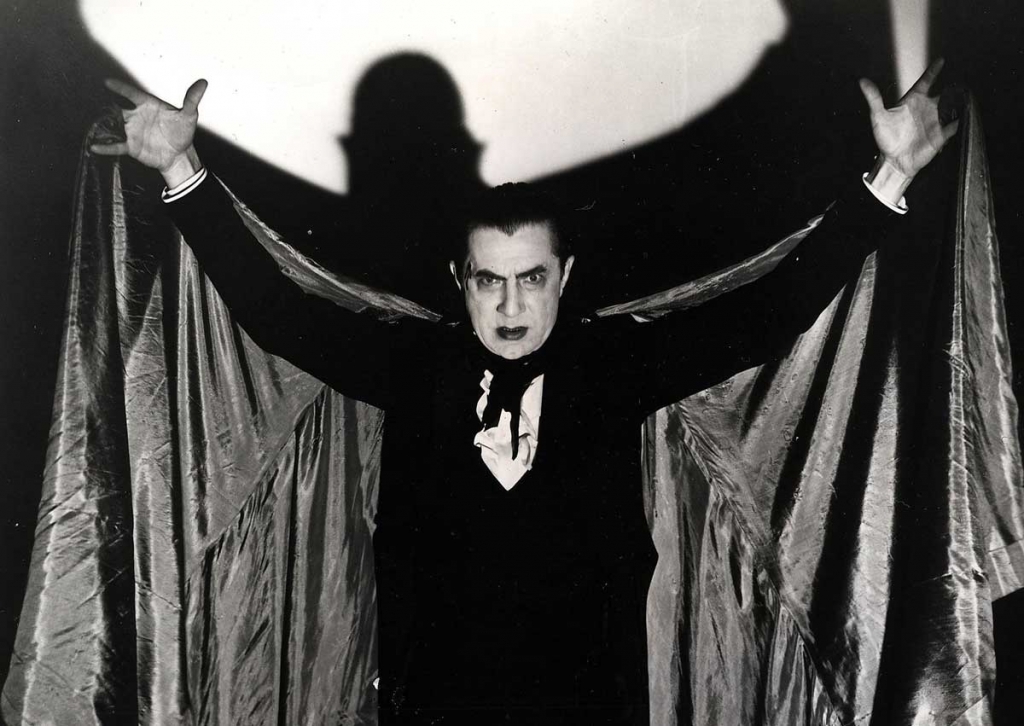 Lugosi reportedly accepted a low salary — $500 per week for seven weeks of work (a small amount even for the time period). David Manners, who played Jonathan Harker, was paid a higher salary.

Manners said the following about Lugosi:

“I can still see Lugosi, parading up and down the stage, posing in front of a full-length mirror, throwing his cape over his shoulder and shouting, ‘I am Dracula!’ He was mysterious and never really said anything to the other members of the cast except good morning when he arrived and good night when he left. He was polite, but always distant.” Manners added that, “I never thought he was acting, but being the odd man he was.” 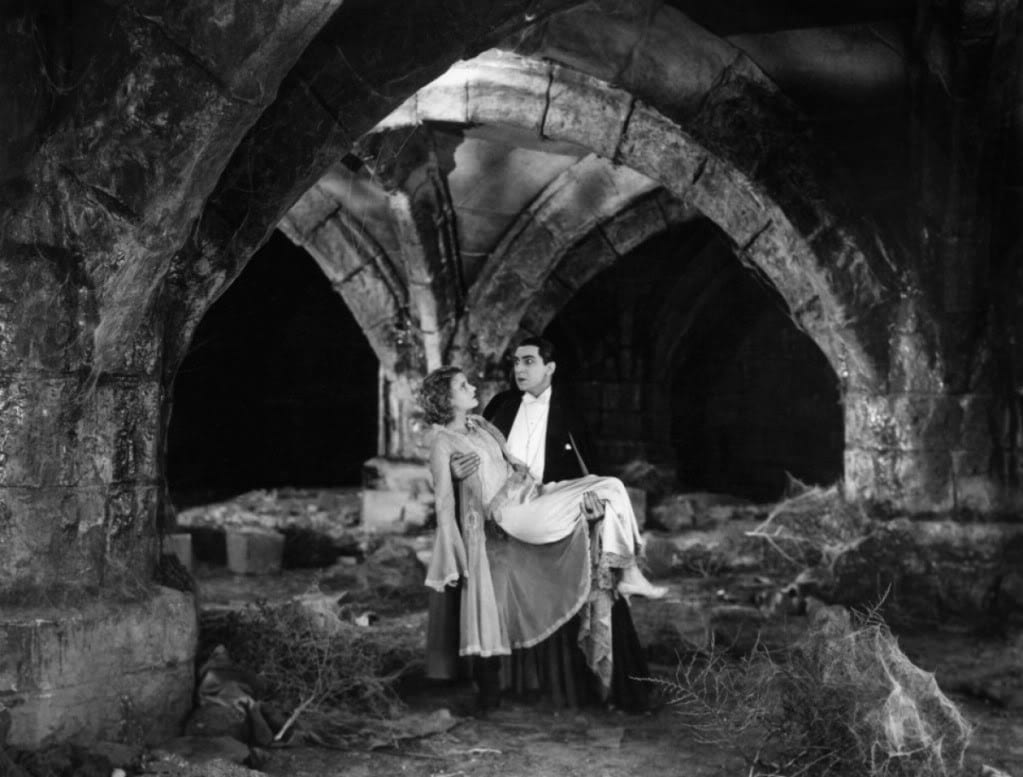 Chaney’s death and frequent intoxication are cited as a possible causes for Browning’s behavior.

Despite the snags in production, the film opened in U.S. theaters on Valentine’s Day, February 14, 1931.

The film has a nice spooky atmosphere achieved through the use of light, shadow and fog. There’s a silent movie feel to it — with its storytelling through dramatic pauses, periods of long silence, and extreme close-ups — probably due to Browning’s extensive experience with silent films. This creates an authentically chilly mood with the limited resources of the time period.

When it was released, Dracula was one of the highest-grossing films for Universal, taking in a $700,000 profit. The film also received rave reviews from critics. Mordaunt Hall of The New York Times called it “the best of the many mystery films,” while Variety  said that the film had a “remarkably effective background of creepy atmosphere”. The reviewer added, “It is difficult to think of anybody who could quite match the performance in the vampire part of Bela Lugosi, even to the faint flavor of foreign speech that fits so neatly.”

With all its ups and downs and snags, Dracula stood the test of time as the definitive vampire film. Throughout his many incarnations, Count Dracula still fascinates horror fans today — and hopefully many more generations to come.

Some Fright Fun Facts About Dracula: 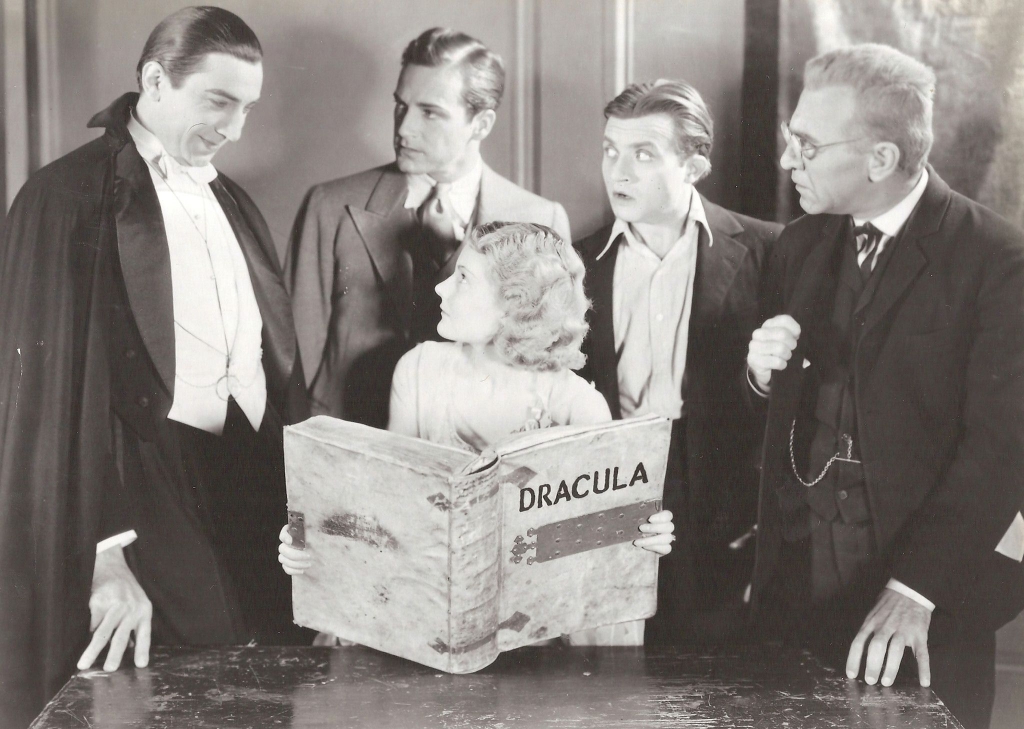 1. During his career, Manners appeared in 40 films (a total of five with Bela Lugosi). Manners is best-known for his role in Dracula but reportedly never saw the film before his death in 1998 at the age of 97.

2. Edward Van Sloan (Van Helsing) originally delivered an epilogue warning the audience to beware of vampires. The epilogue was cut due to the Hollywood Production Code. The consensus was that the epilogue encouraged belief in the supernatural and that this would offend religious groups. To this day, the epilogue hasn’t been recovered.

5. Dracula didn’t have an original score. The budget didn’t allow for a score. The opening credits were set to Tchaikovsky’s “Swan Lake.” Philip Glass composed a score for Dracula in 1998 that was include in several DVD releases.