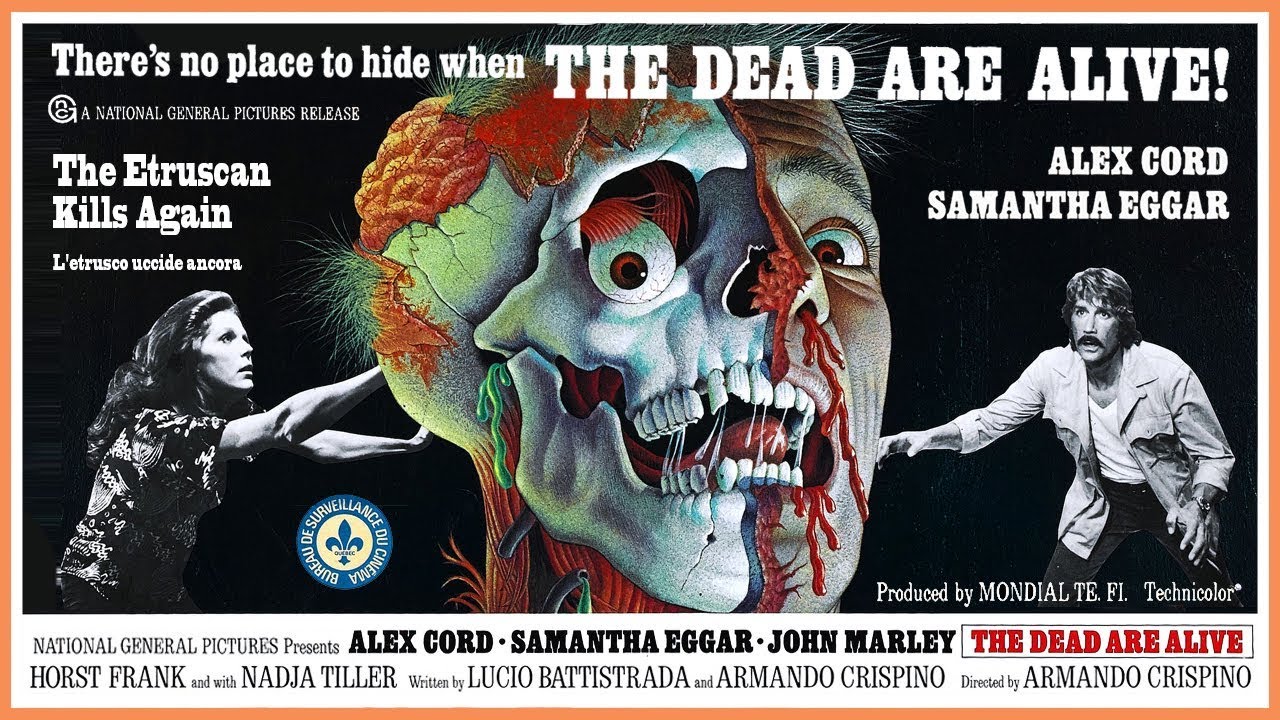 An Italian Archaeologist uncovers an Etruscan tomb and soon after locals and members of the team are killed in a ritualistic manner. A web of suspicion is spun around all involved, including a famous Conductor who is now married to the Archaeologist’s ex-flame. Are the murders the result of something ancient and nefarious that was unearthed, or a mere terrestrial endeavor? Let’s dig into 1972’s “The Dead Are Alive!”, directed by Armando Crispino.

Also known as The Etruscan Kills Again,this film was produced by Artur Brauner who was a titan of film that you’ve most likely never heard of. It’s a rabbit hole worth exploring: the 100-year life of a  remarkable man. From fleeing the Nazis to now having some of his work in Yad Vashem, he had quite an impressive career.

After a tomb is discovered that features depictions of the Etruscan demon Tuchulcha, the killing begins — starting with two teens who sneak into the crypt to have sex (how very punk rock of them). They’re subsequently beaten to death with what looks like a roll of aluminum foil and laid out to make the murders looks ritualistic.

Most of the characters are acerbic, which makes it hard to latch onto any emotion beside derision. Even the protagonist, Jason, is unsure if he himself is the killer; he is prone to alcohol-induced blackouts. 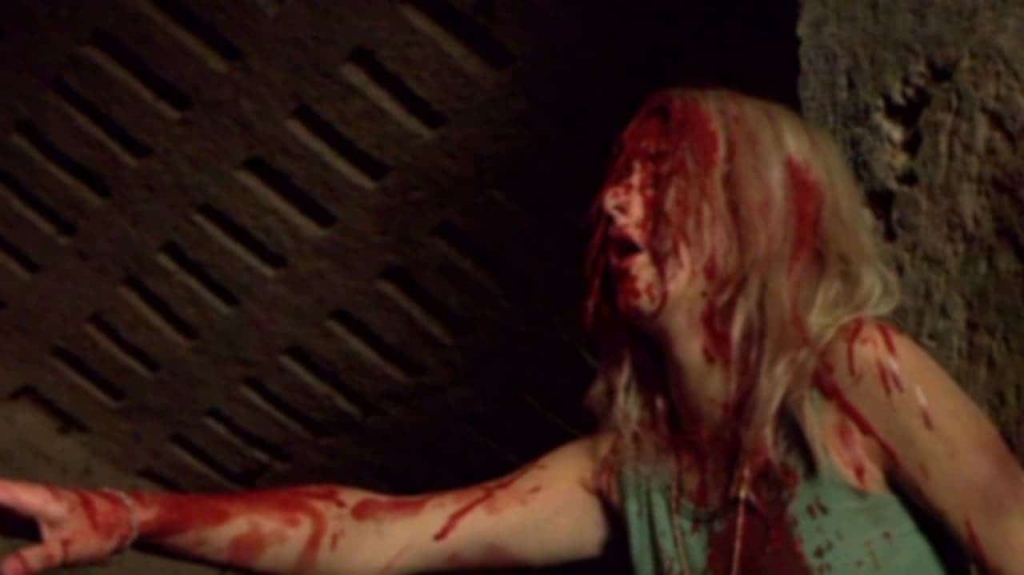 Using Verdi’s Requiem as the indicator that a reynold’s wrap killing is about to go down is a haunting tactic, only baffled by the treble heavy tape recorder the song plays through.

Filmed in Italy, there are ancient statues everywhere. Sprawling estates and museum quality decorations provide an inimitable setting throughout the film.

There is some vagueness with relations and story, which adversely affects pace. And the distinctive giallo twist ending left a lot to be desired. However, I found it cohesive enough to follow and enjoy what was on screen

The character Otello has a penchant for torturing insects. He burns a rather large spider with a match and a grasshopper-like locust in an ashtray just for kicks. His douchebaggery was enough to ascertain from his dialogue alone — and plenty to make us dislike him. This extra bit of cruelty is an unnecessary element.

There is also a freewheeling display of misogyny throughout the film. Jason’s rapey tumble with Myra. The Maestro’s abuse of every woman (and man) he encounters. Although it seemed to me at first to be fitting for his character as this prodigious composer, it wasn’t limited to just his behavior. A product of the times? Maybe. Was it a product of the culture in which it was produced? Most definitely. It doesn’t jive with anyone of sound morals, then or now.

Most of the male actors look like early 80s gym teachers; lean, fit and mustachioed. If that’s your thing. It’s a small role played by Christina Von Blanc which is most alluring. Innocent and pure (besides her romp with the despicable Otello), her character Velia explores the origin of mysterious music in nothing more than an open negligee. Horror films of course don’t look kindly on nude Queens, so it’s the aluminum foil for her, unfortunately. 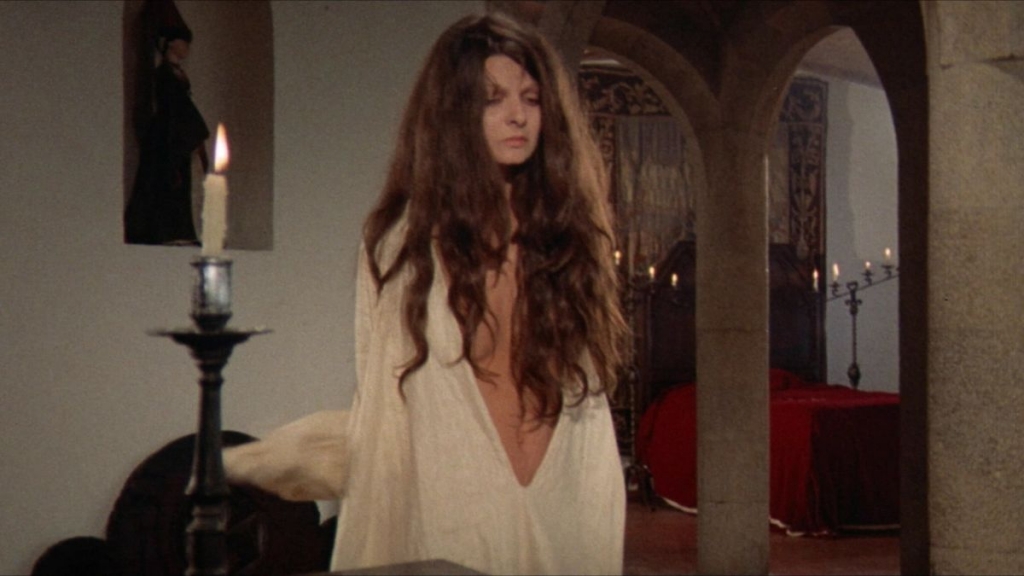 The story has tons of potential and an endless supply of source material to play with, no matter what ancient civilization you choose to feature. However, the cost of producing something as invasive as an archaeological dig and making it look as realistic and interesting as they did here would be near impossible. Filming in the states would require fabricated sets, which would not reproduce the beauty of the locations. Bring it overseas.

Code Red released a Blu-ray in 2016, which can be had for a decent sum on reseller sites. Or you can stream it on Amazon for a nominal rental fee.