Inspired by watching the late, great Sid Haig in “Dead Man’s Hand”, we put together a list of 13 other exceptional casino-based films. 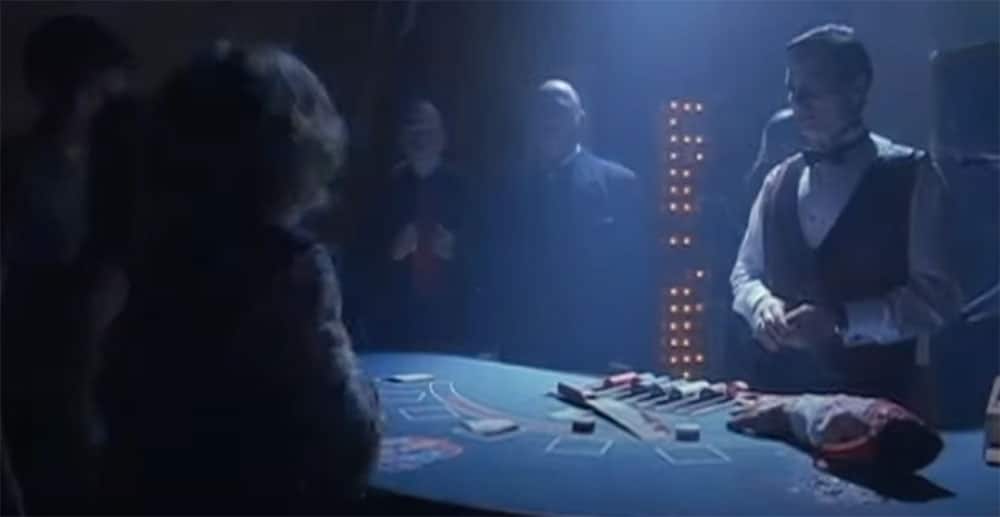 Horror and film legend Sid Haig would have turned 83 on July 14th. Sadly, the icon passed away in 2019. But I chose to celebrate his storied career by checking out one of his films I had not yet seen. I decided to watch 2007’s The Haunted Casino, also known as Dead Man’s Hand: Casino of the Damned. The latter is the title you can find it under on Amazon Prime to rent or watch it for free here.

Directed by the legendary B-movie king of schlock, Charles Band, and released under the Full Moon banner, the story revolves around Matthew Dragna, who inherits an old casino from an uncle that recently passed away. After learning of his unexpected windfall, Matthew, his long-term girlfriend JJ, and some of his friends head to his new asset to check it out — finding it derelict and covered in layers of dust and cobwebs.

Soon they uncover newspaper articles that reveal that Matthew had inherited the casino on the anniversary of a massacre that had taken place there several years prior. This resulted in the deaths of five people, including a big-time mob boss called Roy “The Word” Donahue. They also learn that Matthew’s uncle was behind the gangster’s early demise and that Donahue’s ghost roamed the haunted casino, along with the others that died that night.

As you might expect, the ghost is out for revenge. And since Matthew is the only surviving relative of his uncle, he becomes the target for Donahue’s retribution.

Now, if you’re familiar with Full Moon’s catalog or the work of Charles Band, you probably know exactly what to expect from this film. 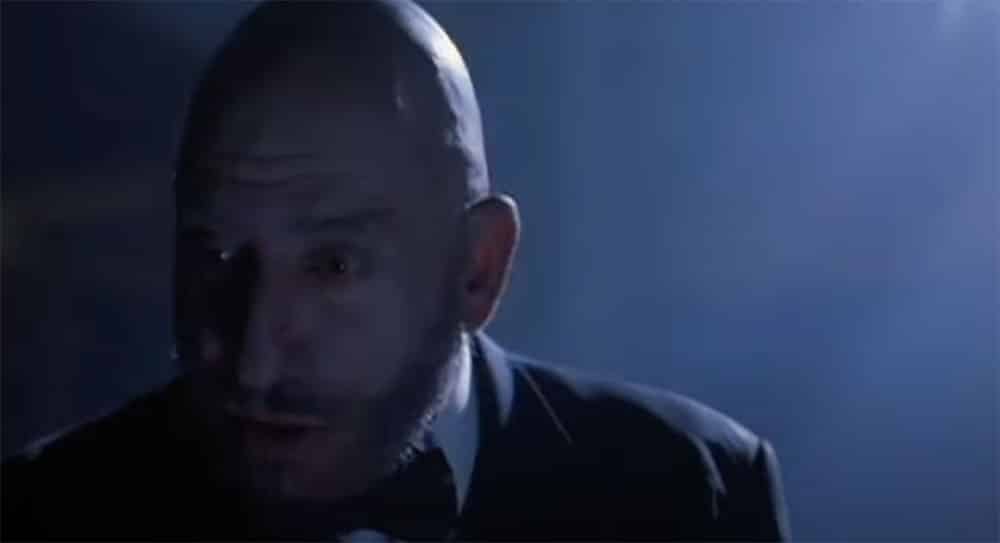 Though, in the pantheon of ultra-low budget, tawdry, direct-to-DVD flicks, this movie ups the ante considerably. If you’re not a Full Moon fan, Dead Man’s Hand is probably not going to win you over. And if you are a fan? Well, it’s a bit of a crapshoot (see what I did there?) if you’ll find enough so-bad-it’s-good charm in this one to make it worth your while.

Along with Sid Haig, the film also features another horror icon in the form of Michael Berryman. Though both sadly receive far too little screen time. This is far from Haig’s best role, and there’s a reason this movie is relatively unknown. But I still loved seeing Haig and Berryman sharing the screen — if only for a short time.

Dead Man’s Hand has been included in several IMDb lists celebrating serious stinkers, including “The worst movies I’ve ever seen”. It had a budget of just $200,000, and it shows.

But I’m not going to lie…I had fun with this one. It’s pretty bad in every conceivable way, but it’s cheesy enough to be entertaining and best viewed with some snarky friends and a few libations. 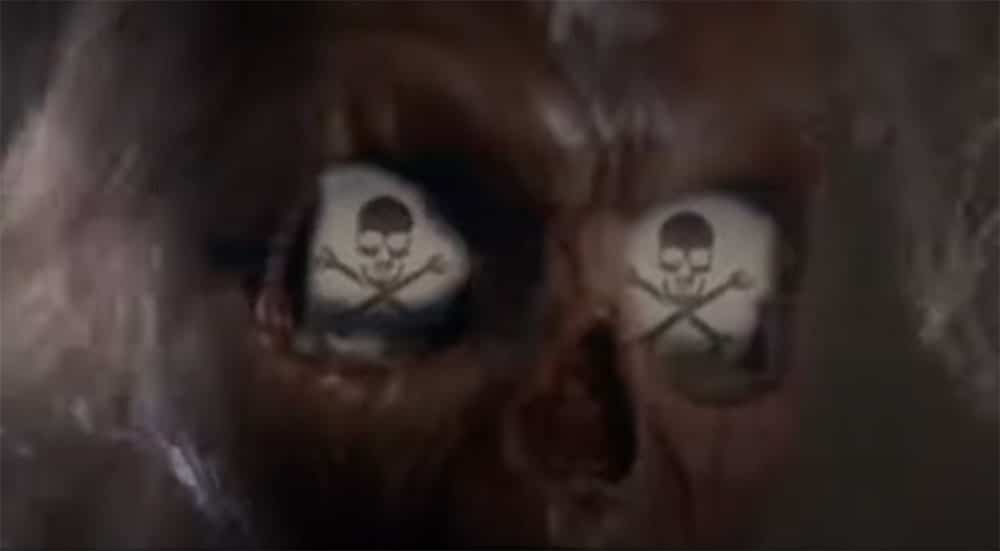 One thing this film does have going for it is a cool casino atmosphere in spades. So, if you love a good Vegas vibe, there’s a solid bet you’ll get a kick out of this one.

And the insane slot-machine spirit is a definite highlight.

If you are a fan of gambling films, here are 13 more casino films that are actually great. And though they might not be horror, there’s plenty of adrenaline-pumping, high-stakes action in a thrilling environment that most horror fans should enjoy.

And if you want to try your hand at winning big in real life, check out the free spins no deposit algorithm that enables you to win real money at online slot machines. 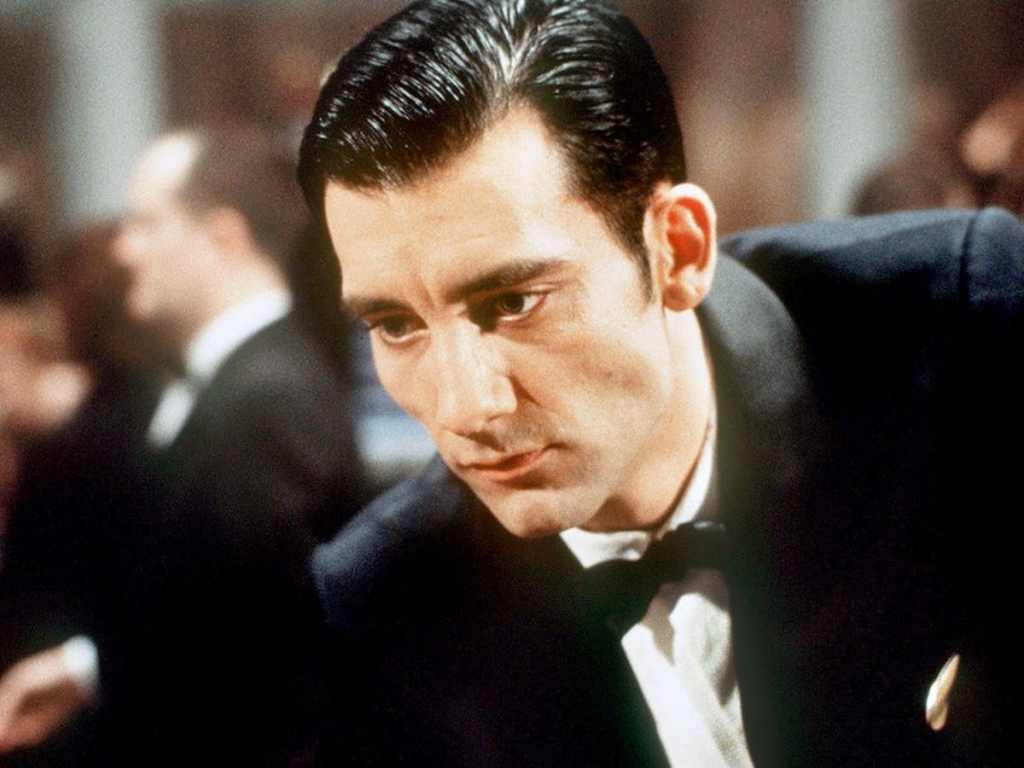 This is one of the most popular British casino films, directed by Mike Hodges (Flash Gordon). From the perspective of a casino dealer, the film depicts life in the industry. But it also shows the darker side of this life, which differs significantly from the glitzy depictions found in Hollywood movies about gambling.

Jack Manfred is the center of the film. Jack decides to work as a croupier at a large casino to supplement his little income as a writer. In the gambling world, he finds inspiration for his work. However, it’s not only the casino that grabs him. He begins to view life as a game of chance. You’ll see in the film how tough it may be to escape a life of gambling for anyone.

Check out Croupier now on Netflix or Prime.

The cast of the 2006 spy film, Casino Royale is legendary. This is the twenty-first in the James Bond series and the third screen adaptation of Ian Fleming’s 1953 novel of the same name.

This was the first Bond movie to star Daniel Craig as the fictional MI6 agent. It takes place at the beginning of Bond’s career as Agent 007, as he is earning his license to kill.

When it comes to playing casino games, one scene in the film perfectly portrays the atmosphere. A bright, wicked genius named Le Chiffre (the brilliant Mads Mikkelsen) comes to challenge James Bond to a game of poker at the Casino Royale in Montenegro. An emotional exchange between the story’s two heroes keeps viewers glued to the screen for the whole scene. The film’s setting is one of the most visually striking parts of the finished product.

Watch it now on Netflix or Prime. In this adaptation of a 1974 crime film, the incomparable James Caan, who recently passed away, stars as the main character. William Monahan worked with James Toback to modernize the play while staying true to the original screenplay’s concept.

Professor Jim Bennett teaches literature at a university but also has a sinister side. He is an avid gambler willing to borrow a considerable amount of money from local criminals to try his luck. His fortune is slowly but steadily eroding his chances of winning.