Fear of Feminism: “The House of the Devil”

Digging Deep: Ti West’s slow-burn hit The House of the Devil is in many ways a companion piece to Roman Polanski’s classic, Rosemary’s Baby. 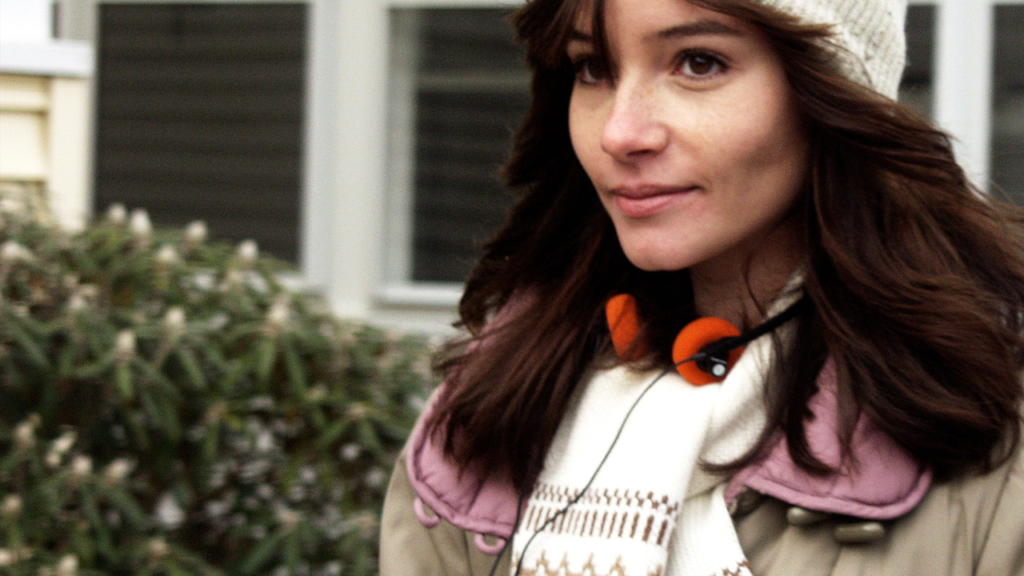 Now, before anyone freaks out, I am not saying that Ti West’s The House of the Devil (2009) is better than Rosemary’s Baby (Roman Polanski, 1968) or that it’s even on the same level; frankly, it’s too early to tell anyway. Instead, I wanted to explore some of the ideas in both films that I thought were similar, that is all! Ok, disclaimer over. Let’s dig deep into this one!

The House of the Devil, if you want to boil it down to a one sentence summary, is about a girl who takes a babysitting job and ends up being raped by Satan. Kind of sounds like Rosemary’s Baby, no? Just change the part about the babysitting.

The House of the Devil and Rosemary’s Baby both play on the same level but have one very important difference. In Rosemary’s Baby, Rosemary (Mia Farrow) wants to get pregnant but is at the mercy of the satanic cult that meets in her apartment building. Samantha (Jocelin Donahue), on the other hand, doesn’t want to get pregnant and, as her friend Megan (Great Gerwig) points out to her in the pizza place, Samantha doesn’t even like kids. 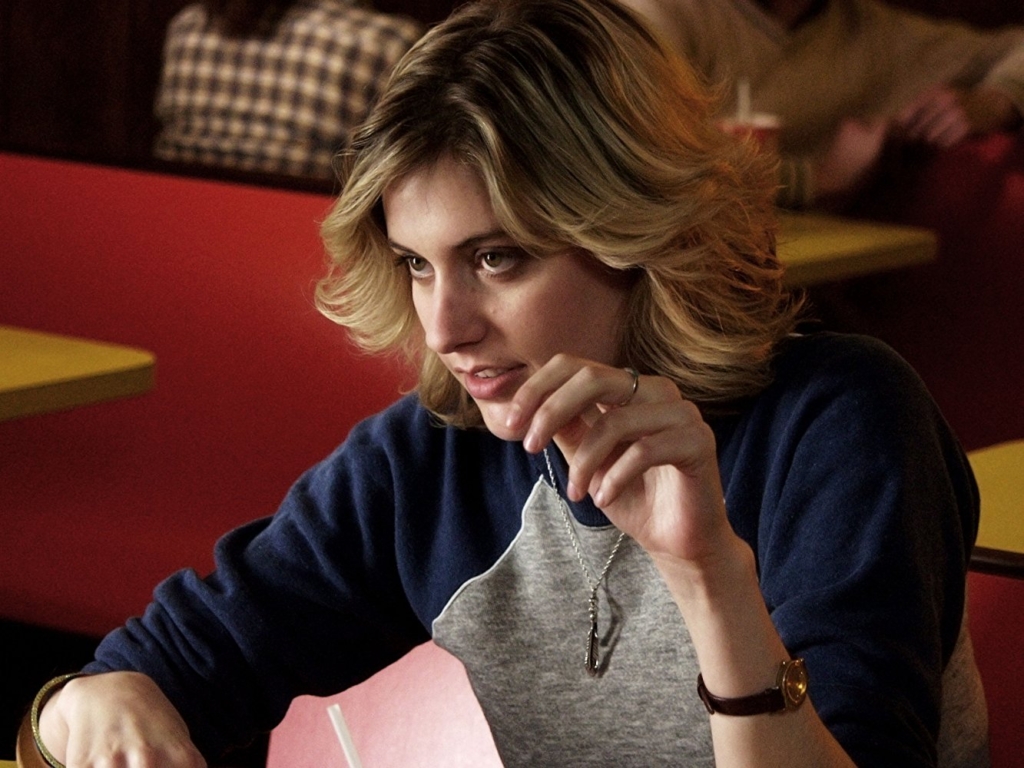 And yet, both films have scenes of rape, although not in the ways you’d expect. Rosemary is drugged by her husband, Guy (John Cassavetes), who then has sex with her (well, allows Satan to impregnate her) while she is asleep. Samantha is also forcibly impregnated with the spawn of Satan.

The way both characters react to this shows the difference in the decades the films premiered. Rosemary ends up carrying her child to term, even though it almost kills her, and she knows that something is wrong. And while Rosemary is revolted by the sight of her child at first, the film ends with Rosemary accepting her child.

When Polanski’s film came out, the third wave of the feminist movement was focusing on things like women breaking free of domestic gender roles:

“In March 1960, a cover story of Newsweek titled ‘Young Wives with Brains: Babies, Yes – But What Else?’ reported boredom and discontent of American housewives. Just a few months later, when Redbook advertised a $500 prize for the best essay on the topic ‘Why Young Mothers Feel Trapped,’ the magazine received twenty-four thousand responses” (Dicker 66). 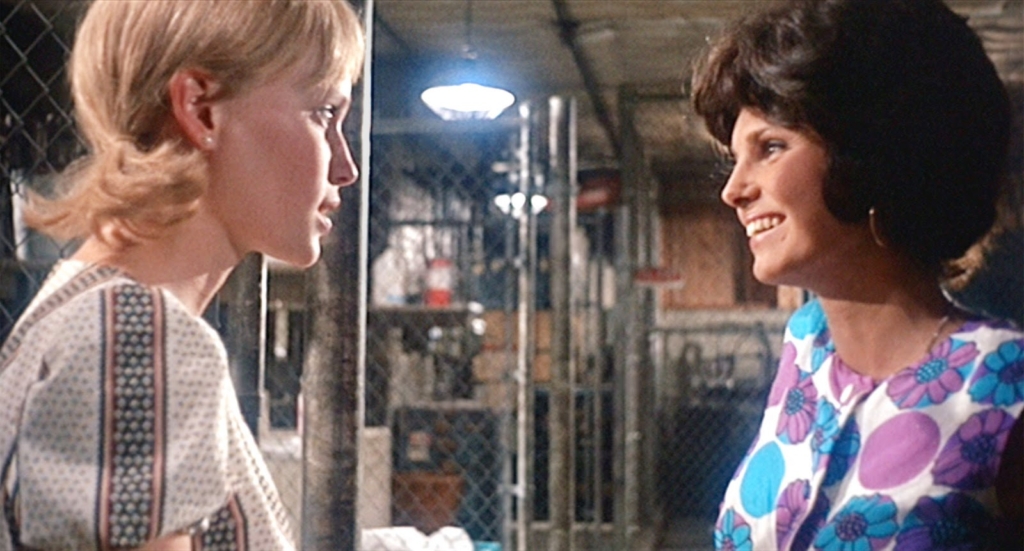 Rosemary also feels trapped by her pregnancy and wanting to be a mother and housewife. Now, Rosemary obviously really wants to have a child, so this isn’t about her feeling trapped in the same way many women at the time this movie was made were feeling. However, because of how Rosemary became pregnant and her isolation in her apartment, Rosemary feels trapped.

Both Guy and their neighbors, the Castavets (Ruth Gordon and Sydney Blackmer), and Rosemary’s doctor, Dr. Sapirstein (Ralph Bellamy), make sure that Rosemary doesn’t see her friends or her normal physician. So, Rosemary is forcibly impregnated and then forced to carry the baby to term because the people around her make sure that she doesn’t seek second opinions which could possibly inspire her to terminate her pregnancy. 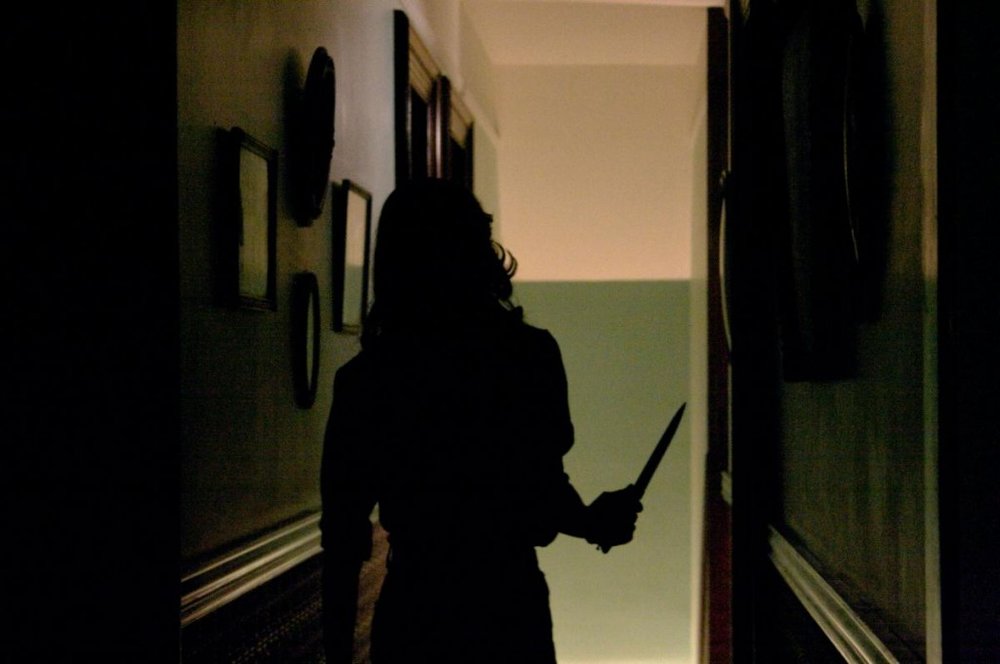 Samantha, on the other hand, isn’t concerned with the child at all and ends up shooting herself to keep the Satan spawn form being born. The ending of The House of the Devil reveals Samantha in the hospital, not dead from the bullet to her head – which may or may not be the work of her devil fetus – as a nurse revealed that the baby will be okay, too.

Although it is a dark notion, Samantha shooting herself is a hyperbolic message that there is always a choice for women with unwanted pregnancy (I mean by abortion, not suicide, just to be clear).

This is made more apparent given the fact that Samantha shoots herself during her confrontation with Mr. Ulman (Tom Noonan). As Ulman is telling Samantha that it is too late for her to do anything, she shoots herself, effectively ending that argument.

The idea of Samantha being lured to an isolated location, raped, and then killing herself can be compared to the most recent wave of the feminist movement. A part of this movement is dedicated to ending rape culture and women being in control of their bodies by having access to birth control and other contraceptives and even abortion.

Both films also raise questions about how the leading ladies put themselves in a position to be raped and/or get pregnant. Rosemary literally asks to get pregnant, she has conversations with Guy about starting a family; she doesn’t, however, consider Guy’s desperation for fame leading him to a Satanic cult. In this way, Rosemary’s only fault is wanting to be a mom. 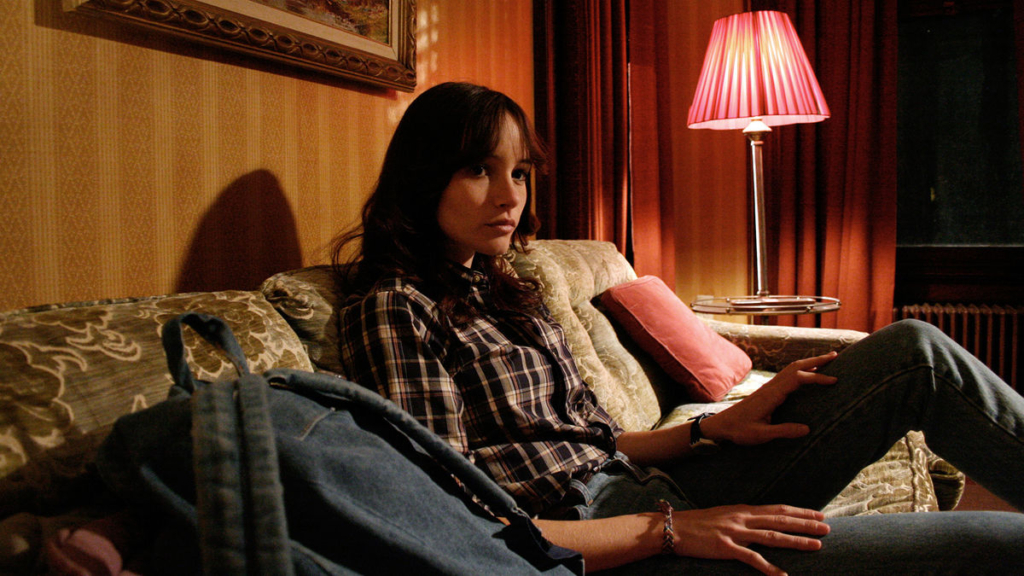 For Samantha, it’s a little different. West creates a tension that is palpable from the moment Samantha comes across the want ad flyer for the babysitting job. The plain white paper that says only “BABY$ITTER NEEDED” somehow ends up being ominous, a catalyst for the bargain Samantha will eventually make with the devil, unknowingly of course.

So many red flags are raised, something that Megan points out as the voice of reason; however, Samantha is driven by her need of rent money. Part of the current feminist movement is all about ending rape culture (teaching people not to rape rather than telling victims not to dress/act a certain way). So, the argument could be made that Samantha is partly to blame for what happens to her because she ignores so many warnings that the job she is accepting is shady as hell.