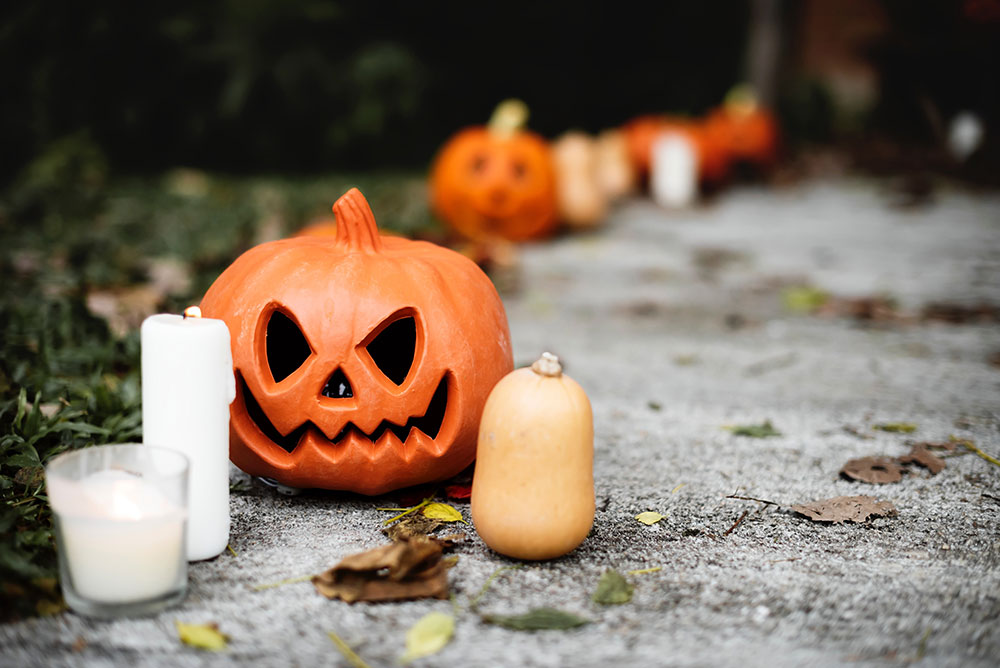 It’s time for a Morbidly Beautiful annual tradition, this year with a new twist. For the past couple of years, we’ve rolled out a new review every day in the month of October. This year, we’re kicking off the month with one mega list of essential horror, curated from the personal favorites of our amazing team of writers. There’s something for everyone here, and enough to keep you entertained throughout the month leading up to the greatest day of the year. 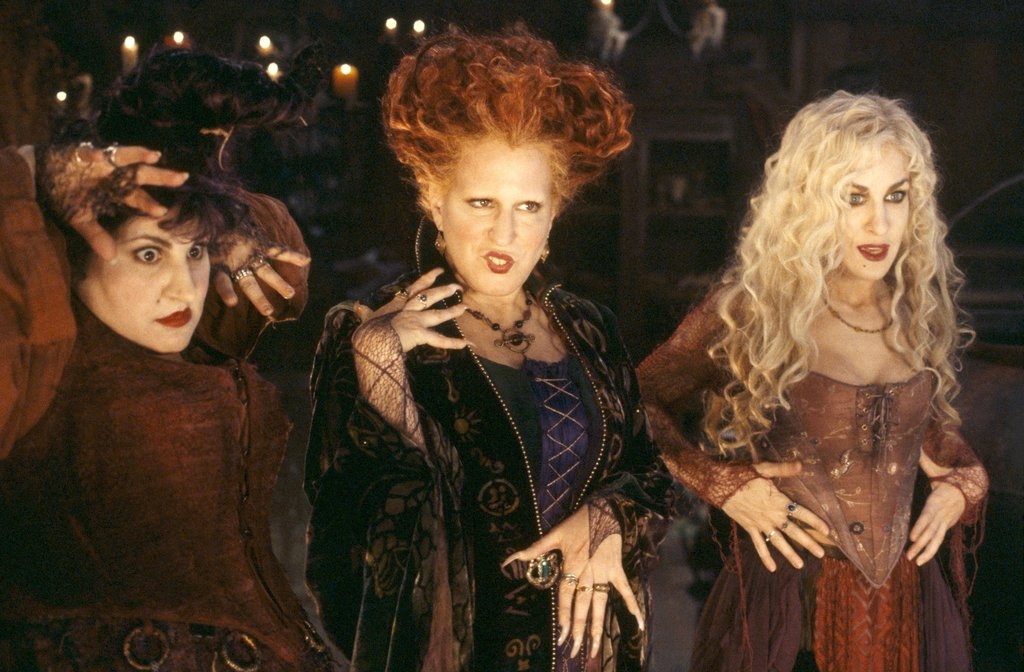 The film Hocus Pocus isn’t usually synonymous with horror. In fact, I get a few scoffs and sneers when I mention it in the same conversation. But it should, with enough witches, spells and zombies to go around. Maybe take a look back at it, and open your mind a little bit. This beloved classic might surprise you.

Hocus Pocus, written by Mick Garris, David Kirschner, and Neil Cuthbert, is centered around three witches, Winifred (Bette Midler – the Bette Midler), Sarah (Sarah Jessica Parker – Sex in the City), and Mary Sanderson (Kathy Najimy – Sister Act) who who return to present day Salem to wreak havoc with the intention of casting a spell on the town and reclaiming their lost youth. What they didn’t intend was to have three misfits on their tail adamant about sending these three hags back to where they came from.

With the company of Thackery Binx, a talking cat (Jason Marsden – The Fairly Oddparents), Max (Omri Katz- Eerie, Indiana), Dani (Thora Birch – Now and Then) and Allison (Vinessa Shaw – Ladybugs) begin to think they have bitten off more than they can chew. Chaos ensues, the dead start walking, and hilarity abounds, so snuggle up, light the black flame candle, and get ready to run amuck amuck amuck. (Tiffany Blem) 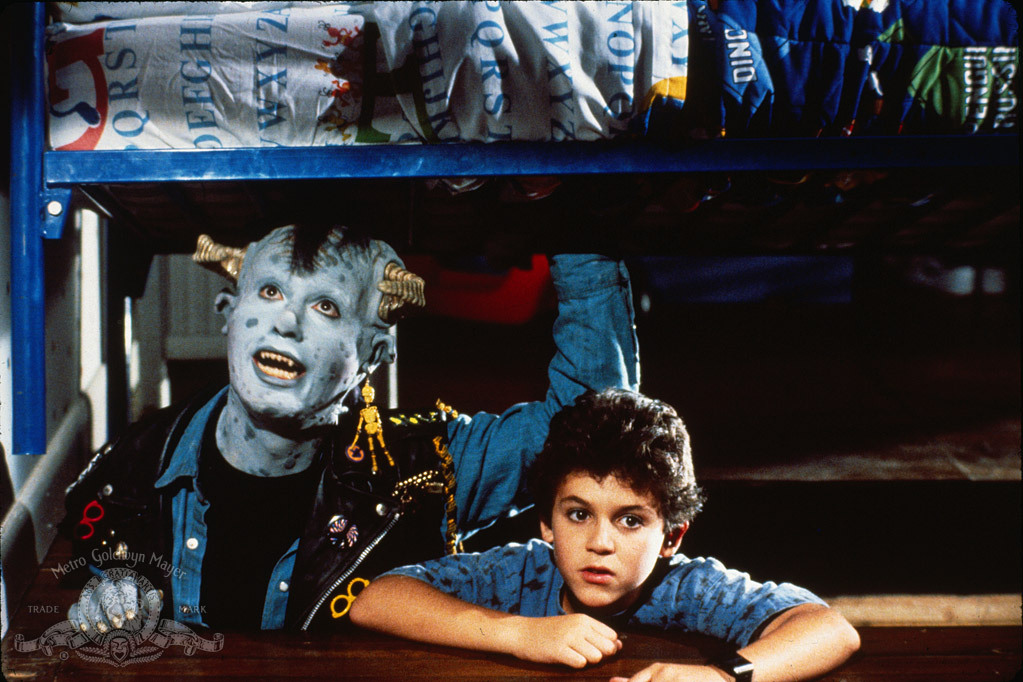 Little Monsters takes the age old thought of “monsters under the bed” and turns it into a uniquely realized reality with a funny, often touching, coming of age twist. With the every-kid quality of Fred Savage and the manic, high energy of Howie Mandel, Little Monsters is a film that I absolutely fell in love with as a kid. Watching it today as an adult, the film still gives me that magical, whisked away feeling I get from such films as E.T. and The Goonies.

With some of the monsters looking like something out of a Stuart Gordon movie and being genuinely terrifying, I was fascinated by the makeup effects. The makeup in this kids film from 30 years ago blows away the films of today, and I actually credit Little Monsters for getting me into horror in the first place. It’s a fun movie with good and evil monsters for the kids and fleshed out characters with dramatic subplots for the adults. All of this makes Little Monsters a great Halloween season watch for the whole family. (Jason McFiggins) 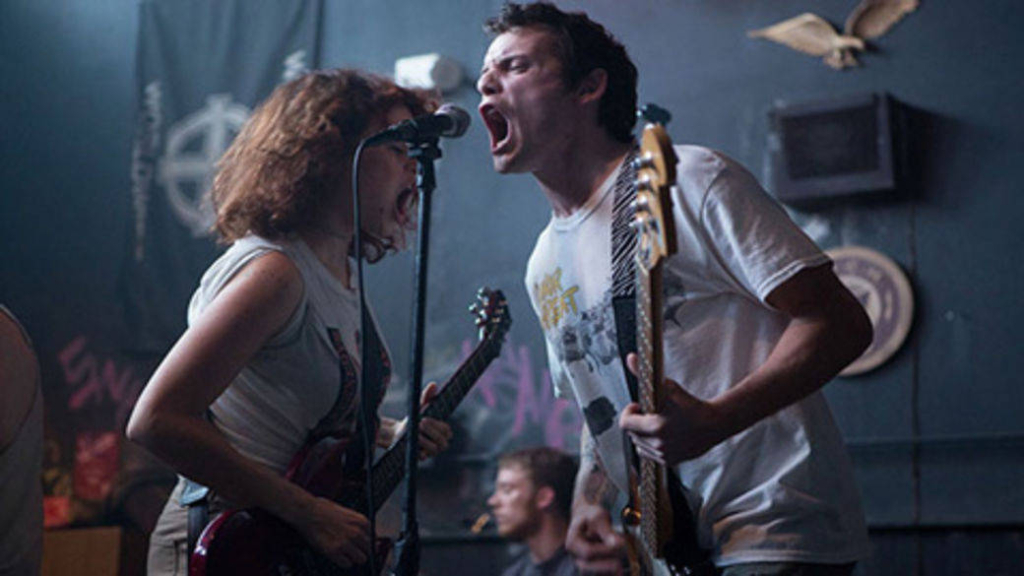 A punk rock band is forced to fight for survival after witnessing a murder at a neo-Nazi skinhead bar.

Green Room is a film which really stands out on its own in the modern horror genre. With a fairly simple premise, the isolated location and limited chance of survival creates a surprisingly taut thriller. Taking its time to build up the tension it keeps you gripped throughout the film, which builds up to some surprisingly shocking moments.

It may not contain the most violent or bloody scenes, but when it does occur the violence is raw and the execution extremely personal. It is effective because it feels so grounded in reality. An invincible maniac walking through the woods decapitating people with a machete, is entertaining because it suspends belief, but the idea of being stuck in a room at the back of the bar, whilst a group of individuals who will do anything to stop you getting out alive, that feels very real. (Philip Rogers) 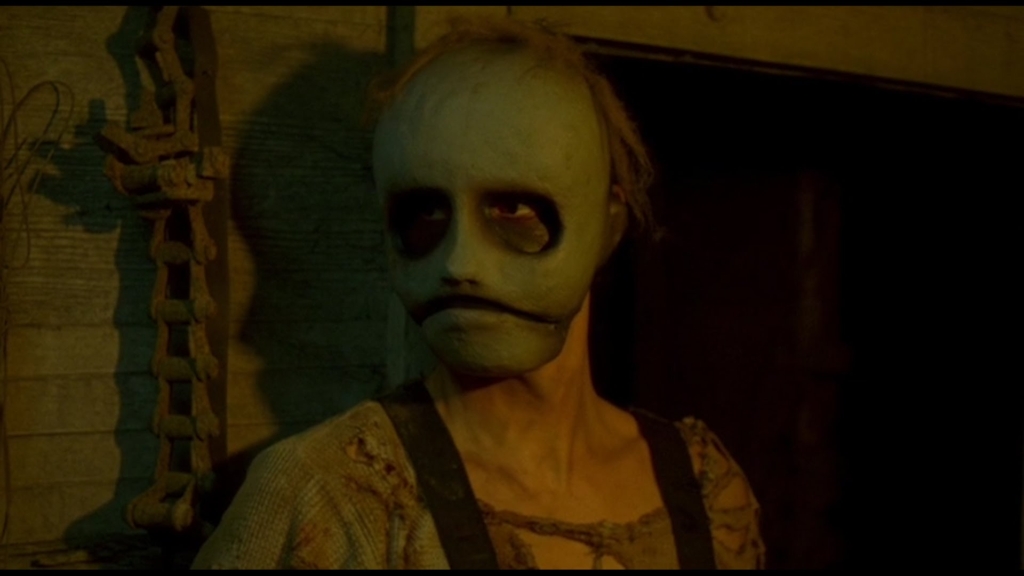 Mockumentaries rock! Taking a fictional subject and presenting it as a documentary is fun way to pay homage to a film genre. My favorite part is that sometimes you can almost fall for it at first, and as the realization hits that it’s not the truth, you are in too far and are compelled to see where the story will go.

One of the absolute best genre examples of this style is Behind the Mask- The Rise of Leslie Vernon. This film is a genuine cult favorite! Clever and entertaining, it is about a documentary film crew following around a self-promoting serial killer on a night of murder, mayhem and revenge.

This movie-within-a-movie will keep you on the edge of your seat. What starts as a horror documentary morphs into a full-on horror film! Director Scott Glosserman brings us a masterpiece of misdirection. Once a victim and left for dead, Leslie Vernon (played by a very funny Nathan Baesel) plots how to exact his retaliation on the teens that left him behind. But letting the audience in on the charismatic killer’s elaborate plan, the videographers have now put themselves in danger.