“Malignant” made many ‘best of’ lists of 2021 because it’s unique and wildly entertaining, but does it also have something important to say? 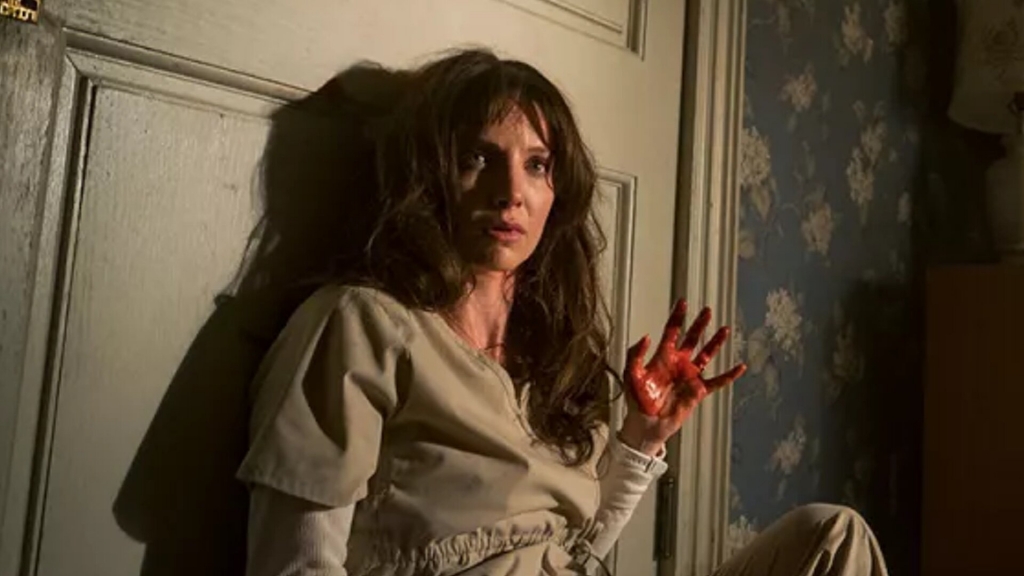 SPOILER ALERT
The following article takes a deep dive into Malignant, analyzing the film’s major themes and commentary. As such, you will encounter plot spoilers. Please proceed with caution if you have not yet seen the film.

James Wan’s Malignant is a wild ride of Giallo-inspired gory fun that has more in common with his early film Dead Silence rather than with his more restrained later works.

This strange film tells the story of Madison, a woman, who after being assaulted by her partner and attacked by a mysterious assailant starts having visions of murders taking place in the area. It is revealed that the person who attacked her and whose crimes she is witnessing is Gabriel, her brother, who appears to be a figment of her imagination.

That is until her adoptive sister finds records that show that Madison and Gabriel have been twins conjoined at the back and head, with Gabriel being smaller but capable of controlling Madison’s body.

In the pair’s childhood, most of Gabriel was cut off, and the part in Madison’s brain was purposefully suppressed. Awoken by Madison’s assault, Gabriel murders people who were responsible for the surgery and attempts to gain control of his sister. Eventually tricked by her, he ends up again trapped within Madison’s mind, who now knows how to defy him if she needs to.

Watching this new take on the plot of Basket Case, a realization hit me. In the center of the narrative, there are two intersex characters who seem to be overlooked by most of the audience.

Let me be more specific. 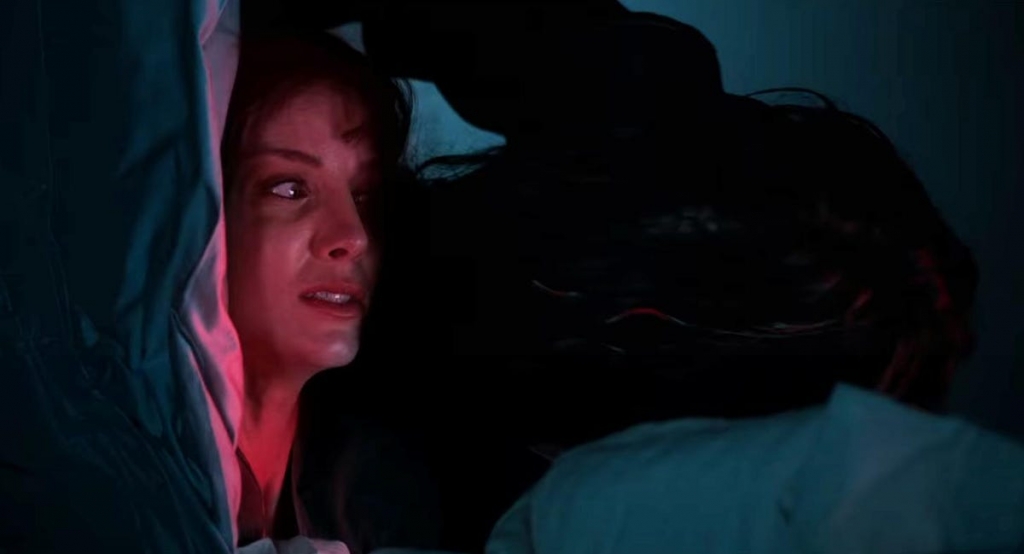 And I do not mean that as coded or metaphorical; I mean it quite literally (that being said, there are still plenty of metaphors to go around, but all in good time).

For starters, what is intersex?

It is a general descriptor of variations of sex characteristics in gonochoric (displaying sex binary) animals — that includes humans. It is not one condition, but an umbrella term for a collection of characteristics that can be caused by chromosomal or hormonal diversity or atypical in-utero development.

Intersex individuals are not very common (accounting for only about 1.7% of the population), and not all cases can be diagnosed by simply looking at physical characteristics.

So how are Gabriel and Madison intersex exactly?

Well, the characters share one body and fight over its control, with no distinctive border for where one ends and the other starts. It is even suggested that Gabriel can access their shared body’s uterus, despite primarily functioning on Madison’s back. As the characters share one body that has both female genotype on Madison’s side and masculine on Gabriel’s, that makes them both intersex chimaeras.

I could end right here, not even touching on how the film represents this intersexuality metaphorically. After all, having the characters being chimaeras could be insignificant, just a side product of a convoluted plot.

However, what is even more interesting than this intentional or not representation is how the narrative can be viewed as a metaphorical journey of an intersex individual coming to terms with their biological identity.

Naturally, real-life chimaeras do not have two distinct personalities. They are simply people with organs and tissues containing various DNA sets. They also do not possess superhuman abilities but rather struggle with health issues deriving from chimaerism. Intersex people are also far more often victims of medical violence rather than perpetrators of vindictive cruelty.

If intersex traits — such as ambiguous or mismatching genitalia — are visible at birth, there are procedures still taking place today that aim at “correcting” the infant’s appearance to match binary sex.

Such procedures are known as intersex genital mutilation, or IGM. Intersex individuals are often pressured or downright forced to accept hormone replacement therapy to appear as more biologically binary, and there are even cases of doctors lying to adult patients about surgeries that result in “fixing” intersex traits.

It is this very real medical trauma of being operated on without consent, and lacking knowledge about oneself that, Malignant truly portrays.

The decision that it is Madison who is the “main” or the more deserving of life is simply based on the fact that Gabriel is the smaller, less developed one of the twins. Simply put, it’s easier to cut him off Madison than another way around. The children’s consent is unimportant, and letting them grow up as they are (perhaps without antagonizing the one of them who is aggressive) is not even considered as an option.

That mirrors how in cases of infant IGM when sex is assigned to a child based on what traits are more prominent or which are easier to form.

To even take this metaphor further, the character differences between the twins fall along the lines of what is stereotypically considered proper male and female characteristics: male Gabriel is aggressive and angry, while Madison is primarily demure and quiet. The fact then that the decision to remove Gabriel from Madison’s back came during a rage fit of his shows how intersex persons are expected and pushed — even by means of medical intervention — to conform to the expectations of sex that was assigned to them.

Gabriel’s rage is masculine, and therefore it is enough of a reason to cut him off Madison’s back.

As Madison’s memory of the procedure has been suppressed she can be read as an intersex person unaware of what was done to her: a regular, cis woman, living a very normative life.

The viewer meets her as she is heavily pregnant. She lives with her abusive partner, and the viewer learns that she had already been pregnant several times, each ending with a miscarriage. This current pregnancy ends prematurely as well, and Madison loses the fetus; this time, it is because Gabriel awakens in her body and causes premature birth.

By the end of the film, Madison’s adoptive sister Sydney believes that previous miscarriages were also Gabriel’s fault and uses this to motivate Madison to further fight Gabriel.

What might seem like a lazy use of a mama bear trope actually gains another meaning when considering Madison is intersex — and up until that moment, she had no idea why she could not carry a pregnancy to term. Moreover, her partner has used her apparent infertility as a tool to emotionally abuse and manipulate her, honing a feeling of guilt in Madison.

At the moment when Sydney tells her Gabriel is to blame, Madison can not only take revenge, but she also feels relieved. She now knows she is not the responsible party. Madison learns that there is someone or something else to blame and gains tools to defend herself from similar oppression in the future.

The abuse Madison faces from her partner itself is typical of abuse directed at infertile women.

As the events unravel, and the viewer sees the contrasting personalities of the twins, the two can be seen as dealing with their intersex condition and trauma in two ways. 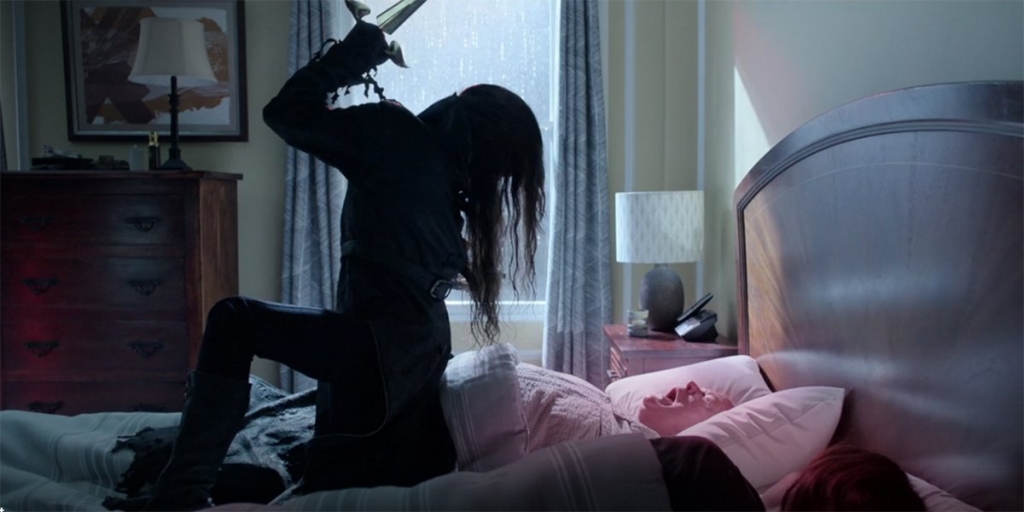 Madison can be viewed as a compliant, conforming persona who adjusts to the ways in which a cis and heteronormative woman is supposed to live.

She has a partner who she will not leave despite his abuse, and she longs for a biological child. She internalizes the abuse and traumas she suffers, seeing them as results of her personal failures and not flaws of the systems that she was born into — a system that does not support abuse, infertile women, or coming from adoptive families.

Even the visions that Gabriel gives her in order to keep her sedated when committing his murders set Madison as a demure, homey woman. Gabriel in turn is a vengeful persona who does not want to conform and rages against the injustice of the violence he suffered.

Of course, none of the real-life survivors of intersex genital mutilation goes after their doctors with a sharpened trophy, but many do fight with great righteous anger against the norm that IGM still is.

Madison-Gabriel then presents the struggle that an intersex individual goes through after learning they went through IGM; they can either conform and follow a path ch