Engaging and emotional electronic music for the hopeful and the hopeless; Empathy Test is the soundtrack to my life…and perhaps yours, too. 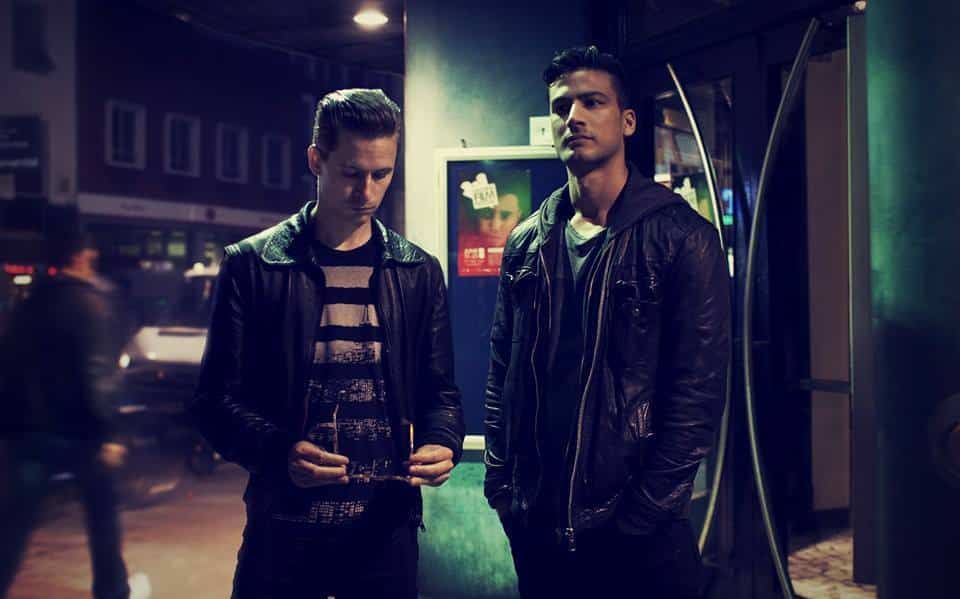 Fans of dark electro music, gather ‘round. I want to discuss Empathy Test, one of the best electronic bands you’ve (probably) never heard of. Look them up and pick one of their songs while you peruse this review. And while we let the music play, I want to ask a few questions. To set the stage, if you will.

I tend to think of things like this during the small hours, when sleep is elusive and philosophical thoughts reign supreme. When there are no other distractions, the deep ruminations come out to play.

Are these things in my life due to fate? Divine intervention? Pure happenstance? Or maybe a little bit of all of them? I may never know. And that’s ok, because ultimately it doesn’t matter. The reasons are far less important than the things themselves.

And one of those things that defines me the most is music.

Everyone has their coping mechanisms for the formative events of their lives. As we traveled across the rocky roads of adolescence. During times of great joy and of great stress. When we find someone. Lose someone. We all need something during those moments. Laughter or tears. Liquor or drugs. Books or movies. Exercise or unhealthy amounts of sleep.

Though I’ve dabbled in most of those, music has always been my one true escape. 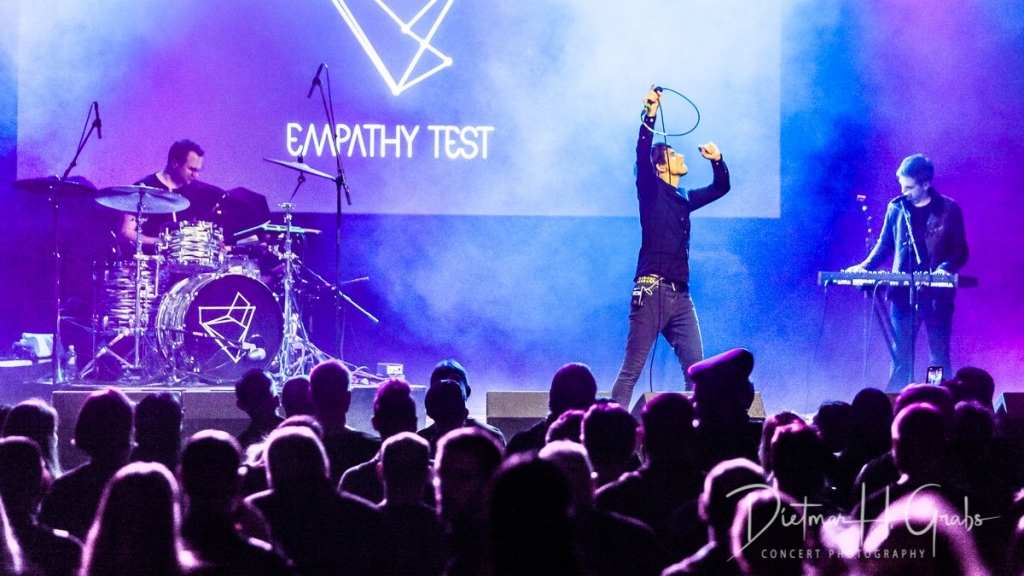 It’s my perpetual “go to” when life happens.

And for me, dark electronic music is especially appealing. Joining Spotify premium has certainly introduced me to many new and exciting bands. But one of the first ones I found, and the one that is still at the top of the list, is Empathy Test.

Formed in London in 2013, Empathy Test is comprised of Isaac Howlett (vocals and songwriting) and Adam Relf (music composition and production). The duo (with additional musicians joining later) have released three albums to date: Losing Touch, Safe From Harm, and Monsters. They have also released multiple singles and EPs, sometimes featuring original version of songs that were slightly altered for release on the LPs.

Though I am loathe to draw comparisons to established acts, as that can sometimes set incorrect expectations, I would say that Empathy Test might sound a little like Depeche Mode.

And yet, not really as well. In point of fact, they might sound like a lot of modern electro-pop acts…but also like none of them at all.

They truly do have a sound all their own. And that is certainly part of the appeal.

Like most bands, there is a basic formula that they follow, however. Clean vocals over catchy and brooding synth hooks; lyrics that speak of life and love in a modern metropolis; pulsing beats that propel the songs forward while atmospheric sounds surface and fade in the background.

True, the recipe might sound familiar, but the end product is anything but predictable. 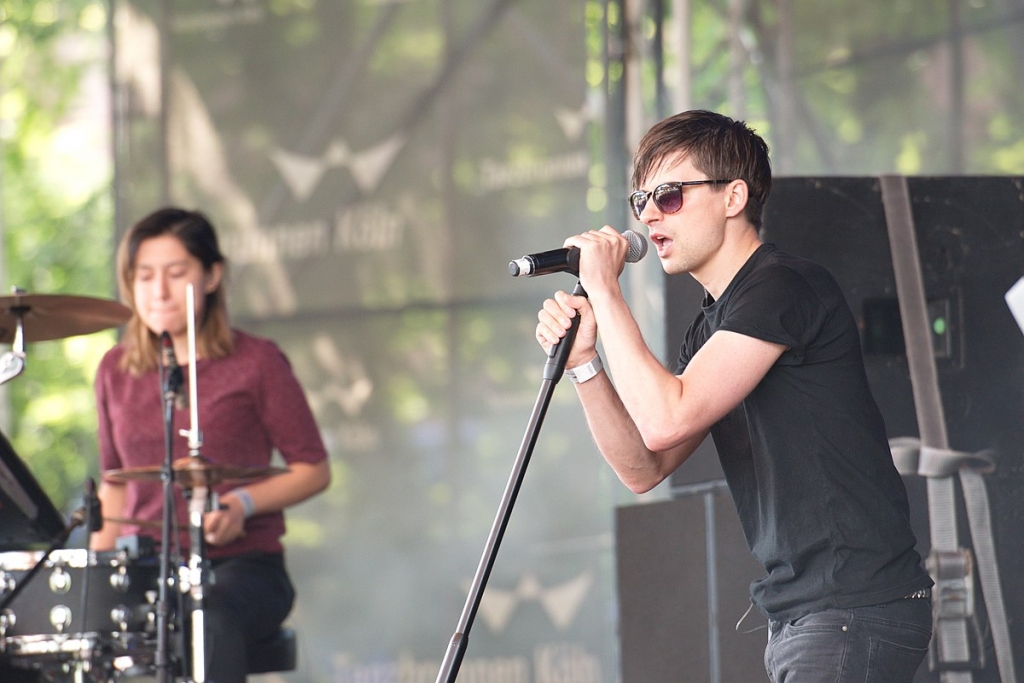 For one, Isaac Howlett’s voice is nothing short of marvelous.

If I were to continue with the comparisons to Depeche Mode, I would say his voice is more akin to the lighter tones of Martin Gore than to the deeper range of Dave Gahan. He can make even the ugliest or most painful of topics sound beautiful. With an impressive range and heartfelt delivery, he instills feelings of raw emotion into his words, which add heft to already powerful music.

His lyrics are often on point as well, touching on feelings and situations that almost anyone can relate to.

But it’s not just about snappy lyrics and a compelling voice. There has to be melody as well. Fortunately, Mr. Howlett understands this, and crafts songs that are easy to sing along to, with catchy choruses that stick around in your head long after the music has faded.

On the other side of the coin, Adam Relf’s sense of musical scale and timing is impeccable. He’s nothing short of a technical wizard. A songsmith surgeon. He knows precisely where to insert a particular note, when to fade that one particular effect out, and just how much reverb to add to a synthesizer sequence.

There is an art to making compelling electronic music. It’s not about just throwing a bunch of noise together, adding some drums, and calling it a day (though some bands certainly go that route). In actuality, it’s sometimes about restraint. About saving that really cool sounding chord for just the right moment, instead of throwing it into the mix ad nauseum.

Of the three albums, Losing Touch is certainly the best of the bunch. 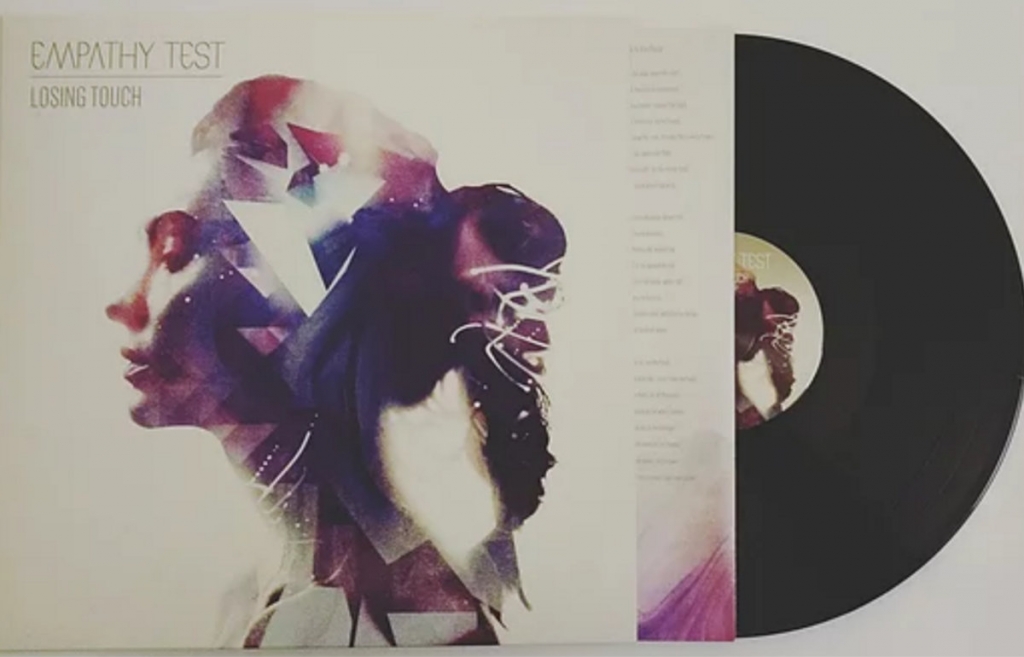 It’s the debut. Where the story began.

There’s a primal energy to each and every song, all of the fat trimmed away. And it is undeniably the catchiest of the three LPs. It’s obvious that both artists were at their musical hungriest, writing songs from the very depths of their souls, focused and frenetic. Unaware of the magic they were creating.

Cuts like Siamese, Throwing Stones, Where I Find Myself, and title track Losing Touch are quintessential Empathy Test. The very essence of what the band is all about.

Beauty and pain, discovery and loss. It’s all here. The fundamentals of human experience woven into a tapestry of sound. 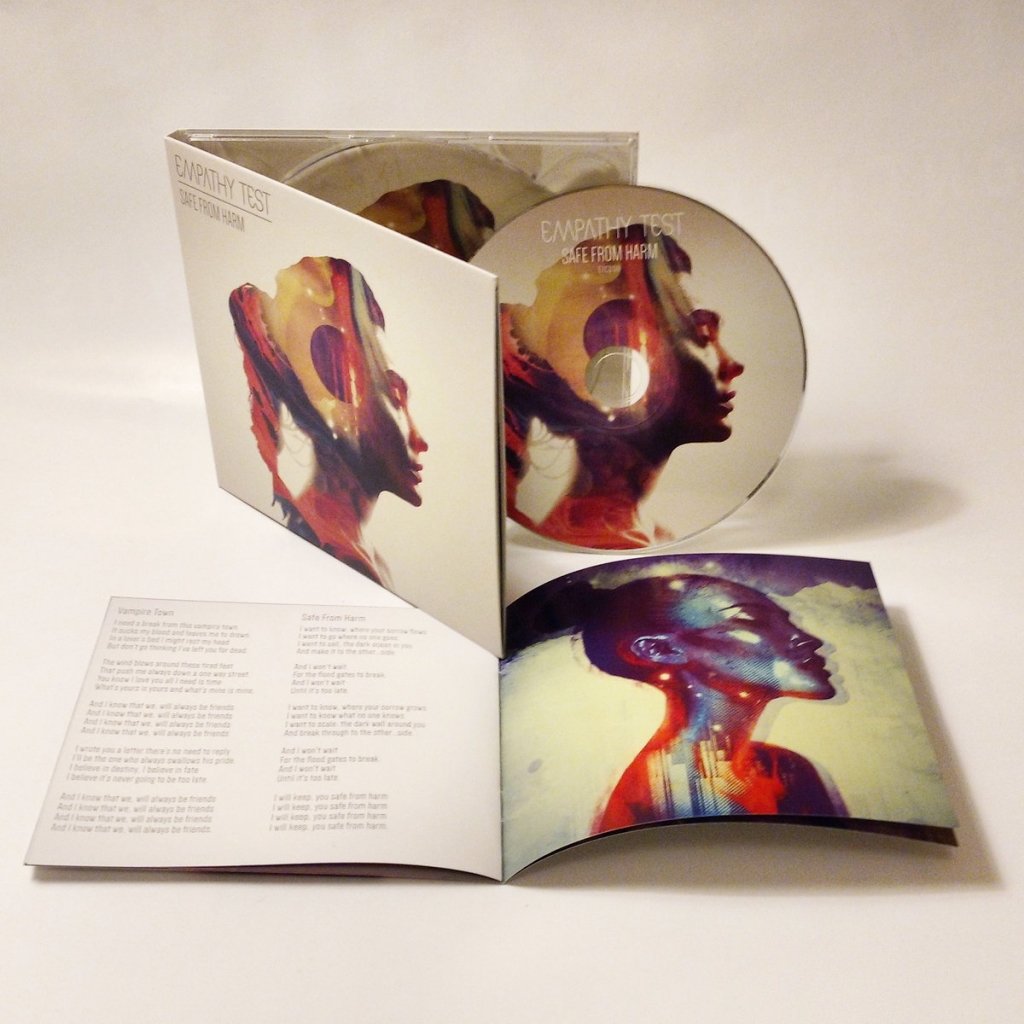 The songs have more layers, the complexity making them less reliant on pop leanings.

It’s still undeniably Empathy Test, but they are stretching their legs, trying new things. Giving the music a chance to breathe. And though it may not be my first pick of their three albums, it does feature my favorite Empathy Test song.

Bare My Soul was the first track I had heard from the band, at a time in my life where I was at lowest I had ever been. It was exactly the song I needed at exactly the right time. Yearning in digital form. An introverted person by nature, the subject matter of Bare My Soul resonated with me in a way that I will never adequately be able to express.

It’s not the only standout track, however. By My Side, Vampire Town, and All It Takes are just as good as anything from Losing Touch.

Monsters is the newest album, released in 2020, and is also the heaviest. 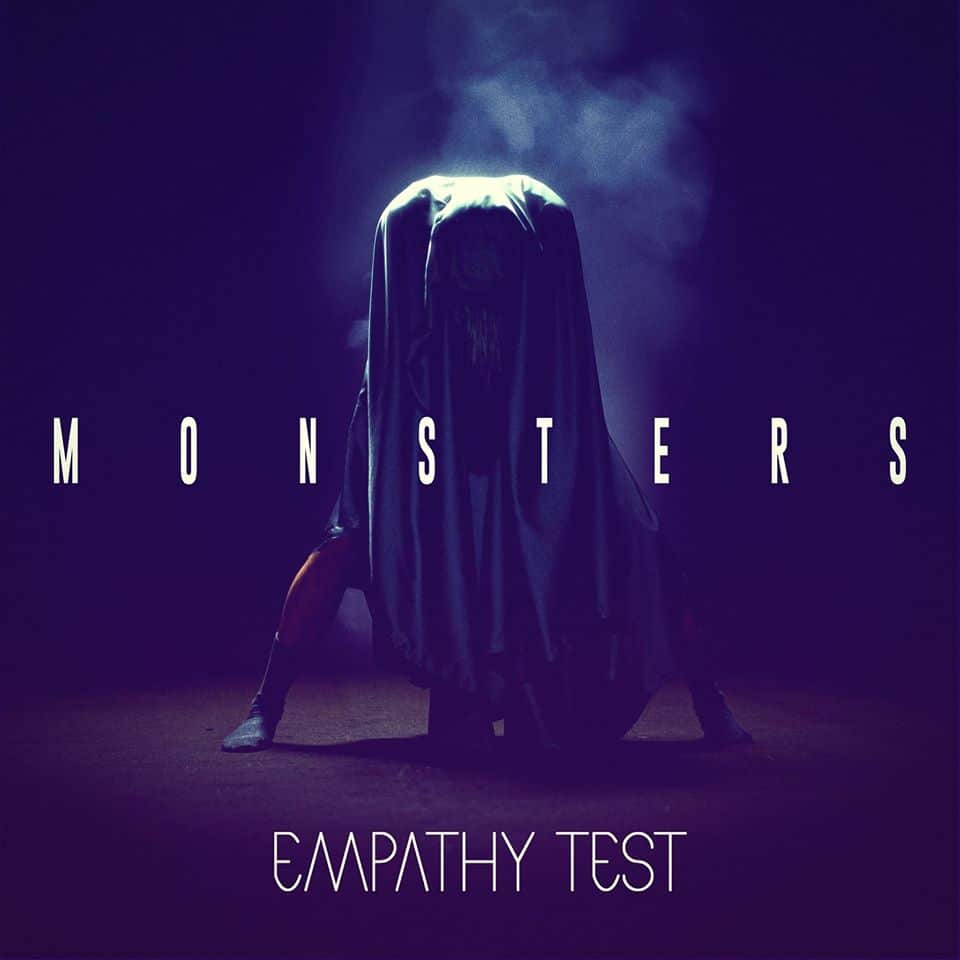 With additional musicians Christina Lopez on drums and Oliver Marson on synths, Monsters features a more mature sound. Expansive and robust. It takes the fundamentals of Empathy Test and builds upon them.

The additional focus on drums especially give the songs a bit more force. And nowhere is this more evident that on title track Monsters, which is carried along by a stomping beat.

Part of me misses the older Empathy Test sound when listening to Monsters, but people, and the music they create, need to grow and evolve. Even with the slight departure from their signature sound, it slightly edges out Safe From Harm for the number two spot on my list.

But the best part about Empathy Test is that there really are no bad songs to choose from. Some of them may be less catchy, or may not quite be as lyrically appealing, but there are also no songs that were just haphazardly created and thrown on an album for filler.

Some are light and airy. Some are dark and mysterious. But they are all worthy of inclusion on the albums.

And the music is quite universal as well. 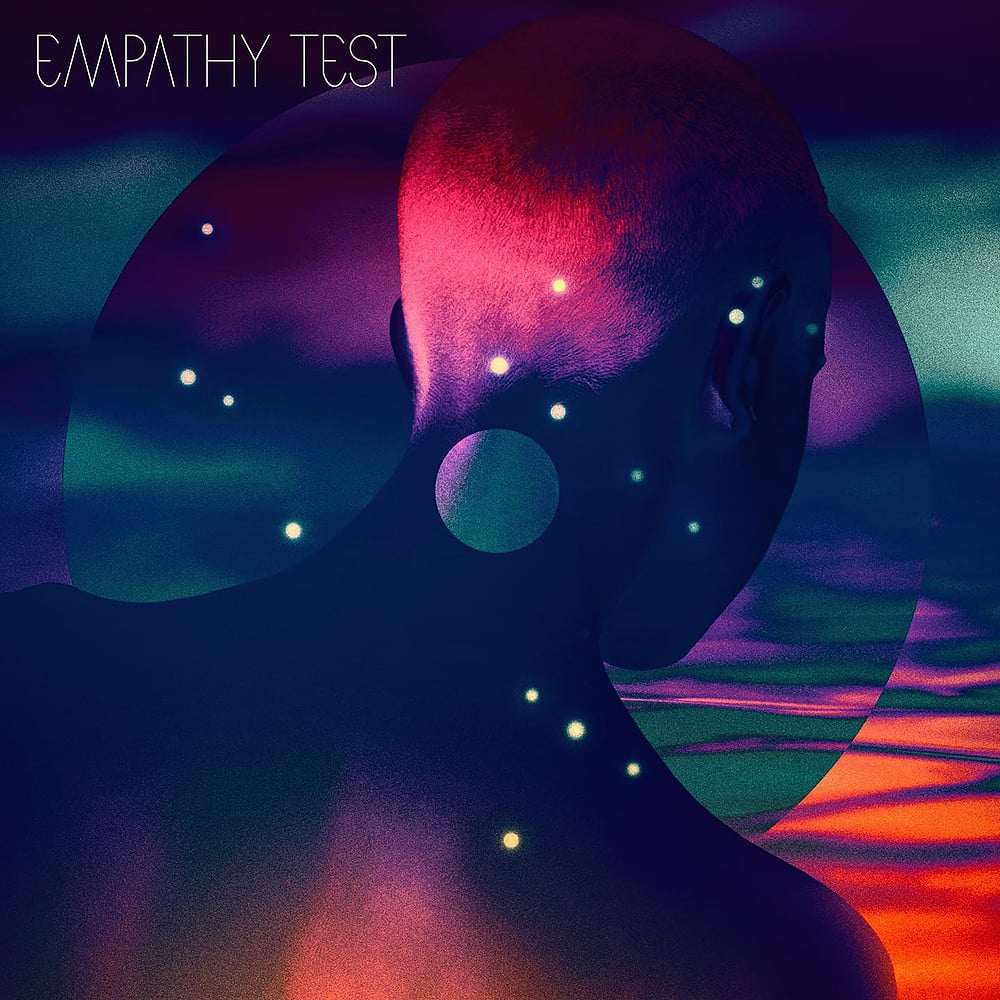 Going on a long drive at night? Throw on Where I Find Myself and Holy Rivers. Falling in love? Serenade them to Love Moves and All It Takes. Feeling like maybe you messed things up a little? Soothe your sorry soul with Siamese and Monsters.

As for this reviewer, I listen to Empathy Test for all of those things. And so many more besides.

They are part of my life’s soundtrack now. Forever etched into my existence. Even my kids know the songs and sing along.

If you’re a fan of electronic music of any sort, I strongly urge you to give Empathy Test a listen. I feel confident that you’ll find something that resonates. And who knows…they just might change your life. They certainly changed mine.