“House on Haunted Hill” is One of William Castle’s Most Beloved and Iconic Films; Here are 15 Facts You May Not Know About This Essential Horror Classic. 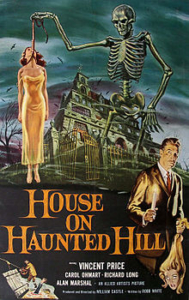 Your blood is bound to inspissate at Frederick Loren’s chilling invitation to spend the next 12 hours in the grandiose House on Haunted Hill. The 1958 horror classic is the first of two collaborations between macabre movie maestros Vincent Price and William Castle, and this motion picture is unequivocally one of Castle’s crowning cinematic achievements.

Millionaire Frederick Loren (Price) invites five complete strangers to stay the night in a haunted house. If they successfully make it through the so-called party, Loren promises to pay each participant $10,000 or their next of kin should they perish. 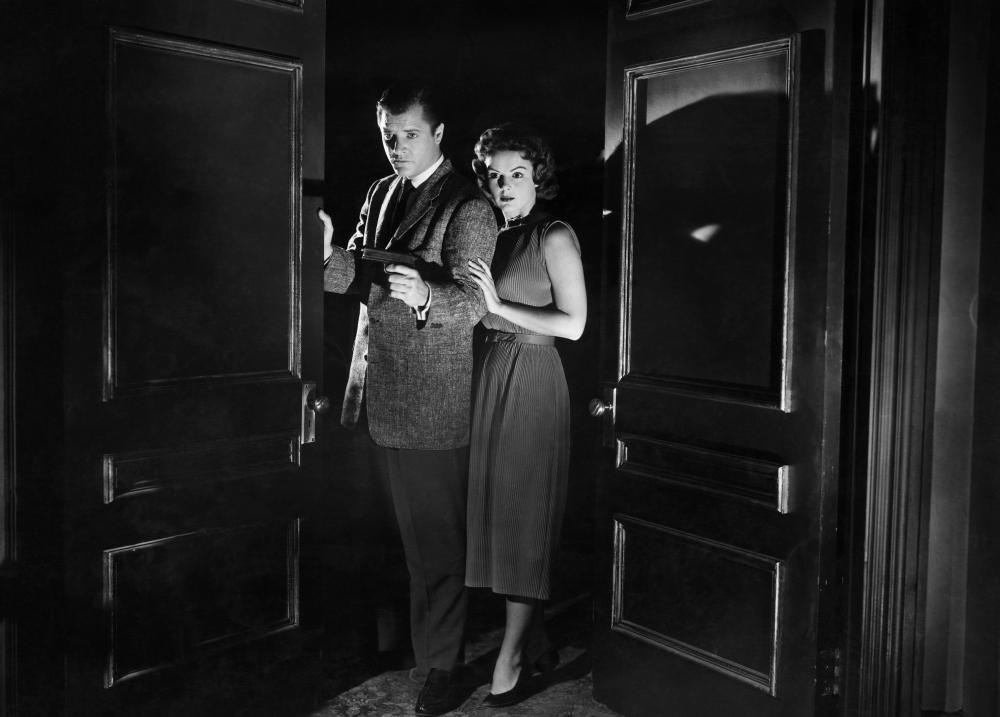 Both Frederick and his wife Annabelle (Carol Ohmart) are playing a very dangerous game of life and death with one another, and the mansion located on Haunted Hill is the ultimate set piece for their murderous playground of depravity.

Price gives a first-rate performance as the peculiar Mr. Loren as he is far and away the preeminent thespian on display in House on Haunted Hill. Character actor Elisha Cook Jr. takes the silver medal with his wonderful performance as Watson Pritchard whose brother and seven other people were murdered in the house years before the sinister shebang. 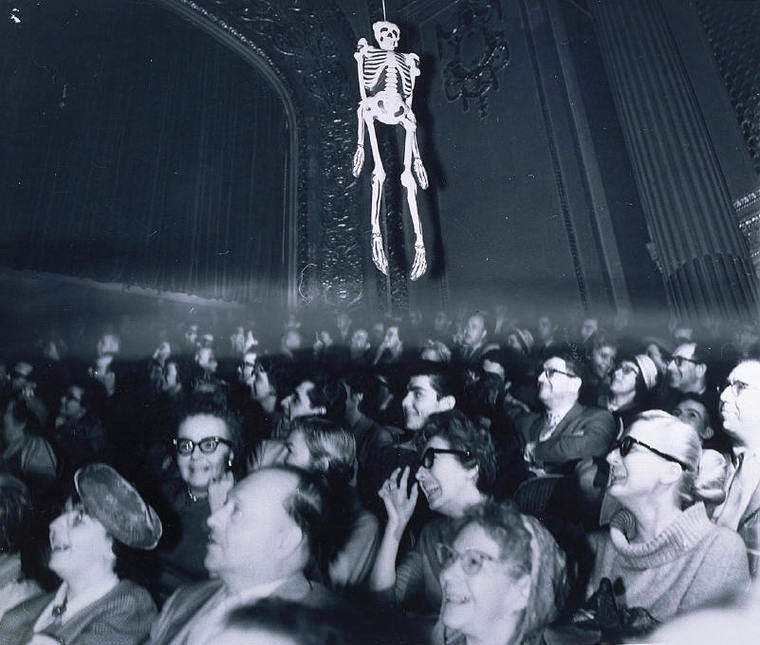 Castle creates a spooky on-film atmosphere which still resonates even its antiquated black-and-white values. The set decorations by Morris Hoffman round out the movie while showing off Price’s top co-star which is that most odious haunted house.

House on Haunted Hill features the second of Castle’s vaunted gimmicks: Emergo. Theater owners of select cinemas assembled pulley systems to hoist a plastic skeleton into the air near the viewing screen. During the final sequence, Loren exacts revenge on his wife with his sadistic skeletal marionette. At that moment, the prop skeleton in those chosen theaters flew out over audiences courtesy of a wire it hung from to scare unsuspecting patrons. However, once juvenile audiences caught on – particularly young boys – they would return for multiple screenings. Their intent was to shoot down the gimmicky skeleton with their slingshots which were loaded with whatever they could get their hands on. Talk about your audience participation.

Now, here are 15 things you may not know about House on Haunted Hill. 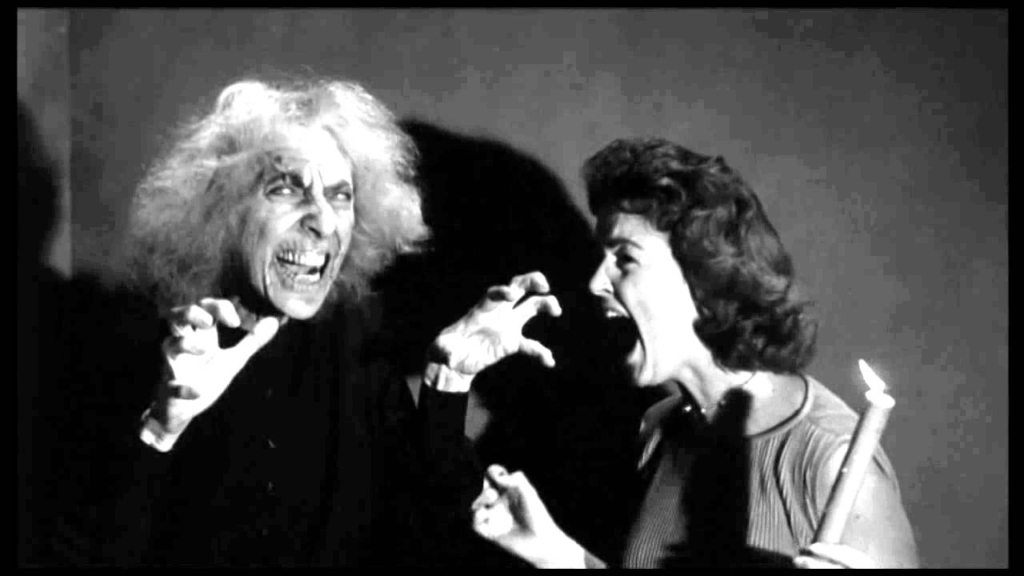 1. DIAMOND ANNIVERSARY FOR A CROWN JEWEL

2018 marks the 60th anniversary of House on Haunted Hill. Many sources, including the IMDb, note the film’s initial release as February 1959. However, the film completed shooting in September of 1958, and the copyright was obtained that same year. Additionally, first-run screenings began in select U.S. cities in December of 1958.

2. THE PERFECT PAIRING OF HORROR ROYALTY

William Castle and Vincent Price are both well-known for their association with the horror film genre. But the talented artists worked together only twice in their illustrious careers: House on Haunted Hill and The Tingler (1959). 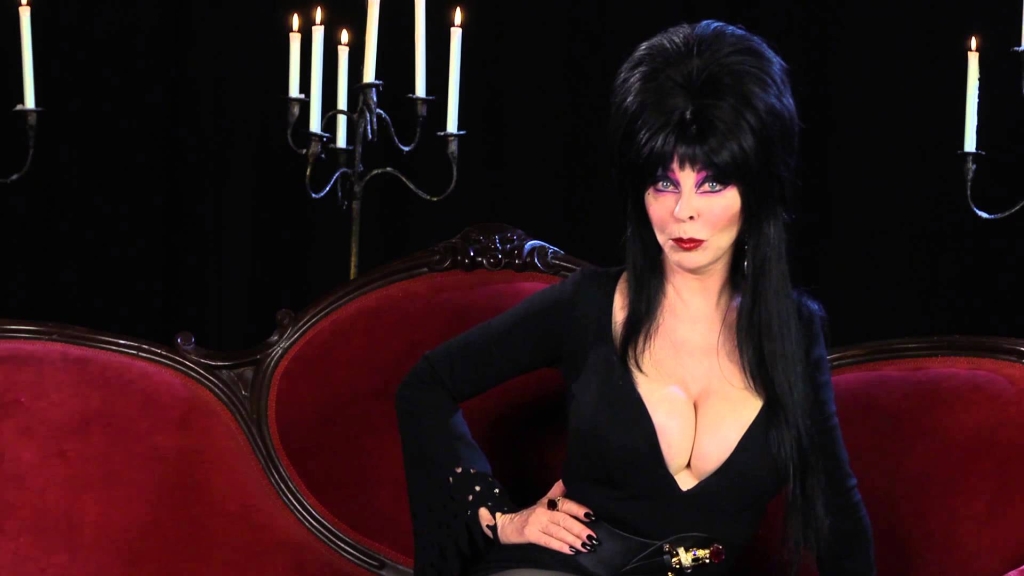 Cassandra Peterson is best known by genre fans as horror movie host Elvira: Mistress of the Dark! During an interview in 1985 on Larry King Live, Peterson told King her favorite horror film was House on Haunted Hill.

House on Haunted Hill cost approximately $200,000 and was shot in 14 days from September 3rd to 16th in 1958. The film was a huge success and has enjoyed a total profit of $1.5 million over the years thanks to its theatrical run and subsequent video releases.

Newspaper columnist Ruth Bridgers is played by actress Julie Mitchum. Julie is the sister of Hollywood icon Robert Mitchum. House on Haunted Hill was the last Silver Screen appearance for both Mitchum and her co-star Leona Anderson who plays Mrs. Slydes, aka the creepy caretaker.

6. MANY TRICKS UP HIS SLEEVE 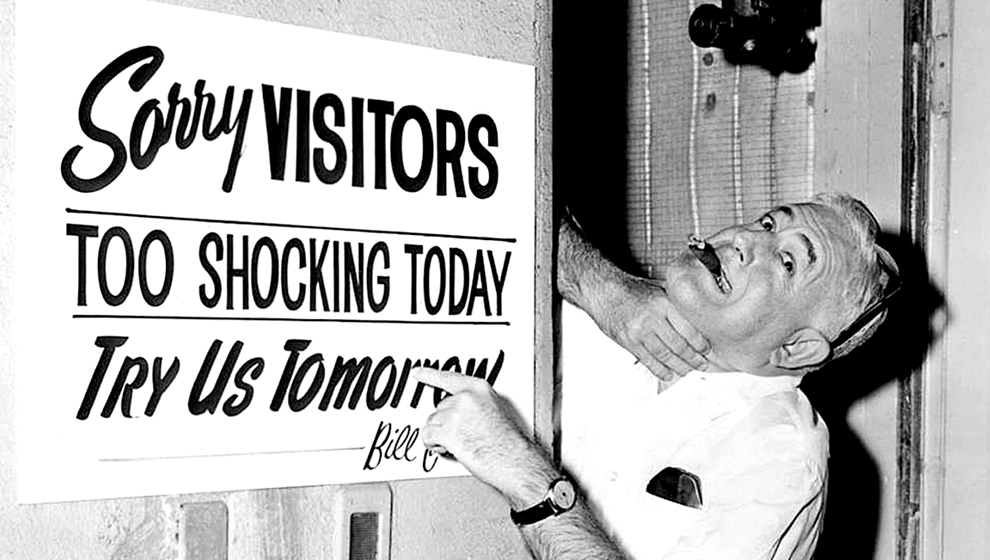 A master showman not unlike P.T. Barnum, the late William Castle was known as the “King of the Gimmicks” where his horror movies were concerned. The inventive Mr. Castle employed several trademark gimmicks to promote each of his flicks over the years. The first appeared with Macabre (1958) in which Mr. Castle offered $1,000 insurance policies for those brave enough to watch his horror film. However, if anyone with the policy by the Lloyd’s of London died of fright during Macabre, that person’s next of kin would be paid $1,000. In addition to this, Castle had select theater owners station nurses in their lobbies and park hearses outside.

7. OPEN TO THE PUBLIC

Thanks to the film’s copyright not being renewed, House on Haunted Hill became a part of the public domain. If you have never seen the movie, there is no need to buy it. Thanks to its lack of a copyright, free versions of the film are available online for anyone to watch at any time. A good-quality version, in terms of video, can be found on YouTube. The film will also air on Turner Classic Movies Monday, July 23 at 4:15 CST. It is a MUST-SEE! 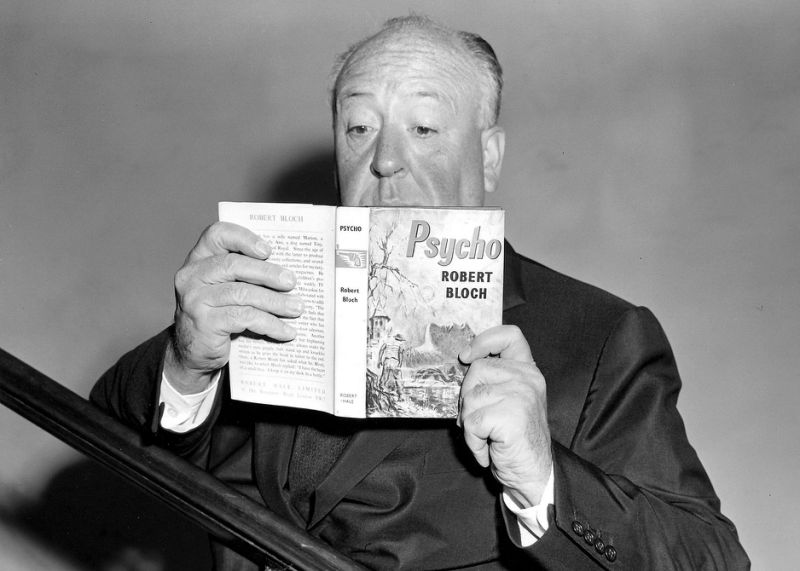 As most genre fans know, William Castle was a huge fan of Alfred Hitchcock. Indeed, Homicidal (1961) was Castle’s own homage to Hitch’s Psycho (1960). However, it was Castle’s House on Haunted Hill that inspired Hitchcock. The film’s financial success motivated Hitch to produce his own low-budget horror flick: Psycho.

9. THE VALUE OF A GOOD HAUNT

Adjusting for inflation, the $10,000 Frederick Loren offered his guest would roughly be $84,000 by today’s standards. 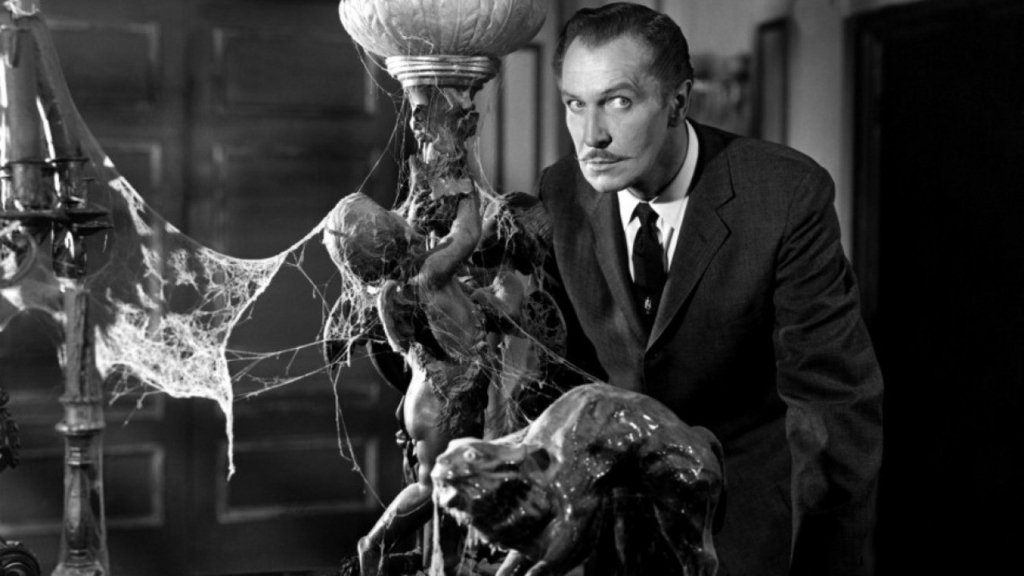 The opening sequence of House on Haunted Hill features both a spooky warning from Watson Pritchard and an eerie invitation from Frederick Loren, which shows off the spine-tingling musical score of composers Von Dexter and Richard Kayne. The chillingly melodic introduction inspired record albums to be cut which were loaded with ghostly sound effects and music. These albums were used to generate atmosphere for Halloween parties and haunted houses all over the country. Those frightening types of albums are still produced on CDs and in digital formats today.

11. CREDIT WHERE CREDIT IS DUE

Although she is uncredited in the film, Rosemary Horvath co-directed House on Haunted Hill with famed horror movie producer and director William Castle. This is the one and only credit in her filmography.

In addition to serving as associate producer, Robb White wrote