Sink Your Teeth Into These Eight Facts You May Not Know About the Hammer Horror Classic and Eerie Essential, Horror of Dracula (1958) 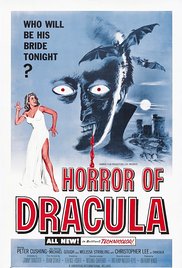 No one is more prolific at playing Count Dracula on the Silver Screen than Sir Christopher Lee – no one. Bela Lugosi made the Transylvanian blood-sucker a household name in Universal’s Dracula (1931), but surprisingly Lugosi only donned the cape and costume twice for the studio (Dracula and Abbott and Costello Meet Frankenstein). Now, that doesn’t count the hundreds, if not thousands, of performances Bela undertook in Hamilton Deane’s play “Dracula” (1924). By that measure, no actor can compete with Mr. Lugosi.

When London’s film production company Hammer decided to revamp (love those puns) Universal’s movie monsters, they began with The Curse of Frankenstein (1957). But a year later it was time for Hammer’s version of Count Dracula. And what a revelation it was. 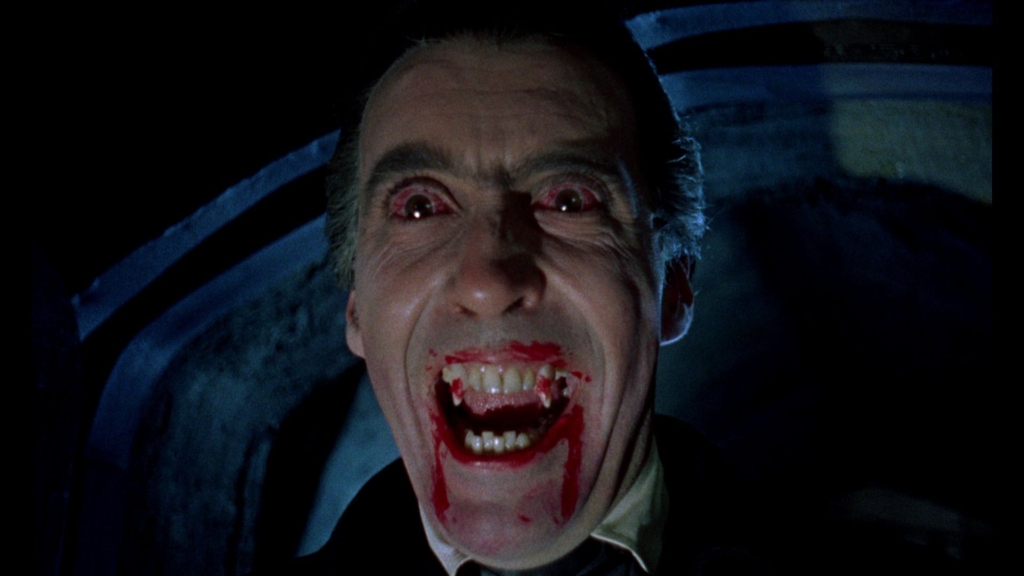 Where there was no color in Universal’s Dracula, Hammer’s reimagining offered audiences cold, earthy tones for the earthly settings juxtaposed with gory pools of rich red blood dripping from the Count’s own mouth and his countless victims. Dracula now had fangs, too, and he was an imposing force thanks to Christopher Lee’s 6’5” stature.

Hammer had hit a homerun with their version of the Count, and their first installment of Dracula’s deadly escapades launched a new film franchise. Now, here are eight things you may not know about Morbidly Beautiful’s Eerie Essential: Horror of Dracula. 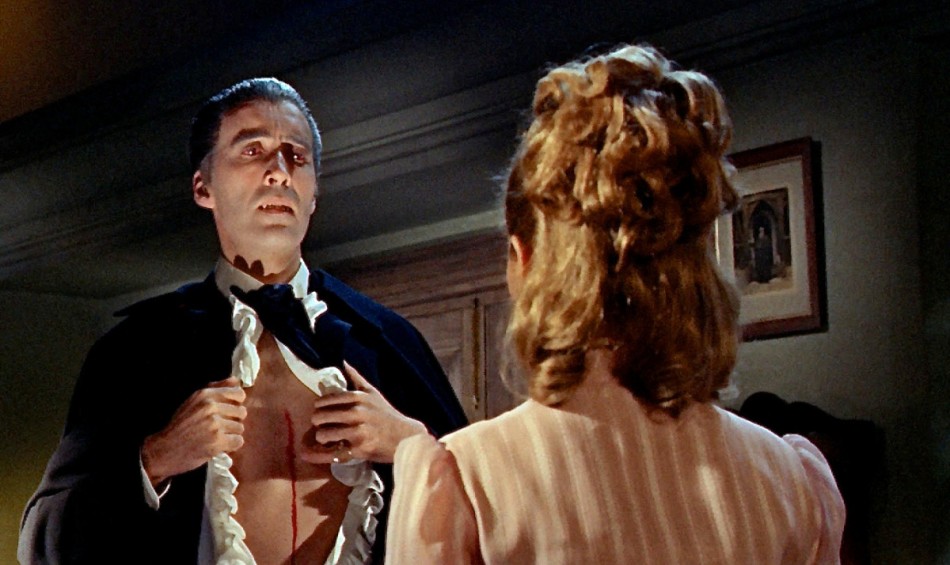 Horror of Dracula launched an epic Dracula movie franchise to the tune of nine feature films. Hammer made the mistake of not including Count Dracula in the sequel titled The Brides of Dracula (1960). Six years later, the studio fixed their faux pas by bringing Christopher Lee back in the series’ third installment Dracula: Prince of Darkness (1966). In total, Lee played the character seven times for Hammer. However, Lee didn’t reprise his role in the franchise’s final installment: The Legend of the 7 Golden Vampires (1974). 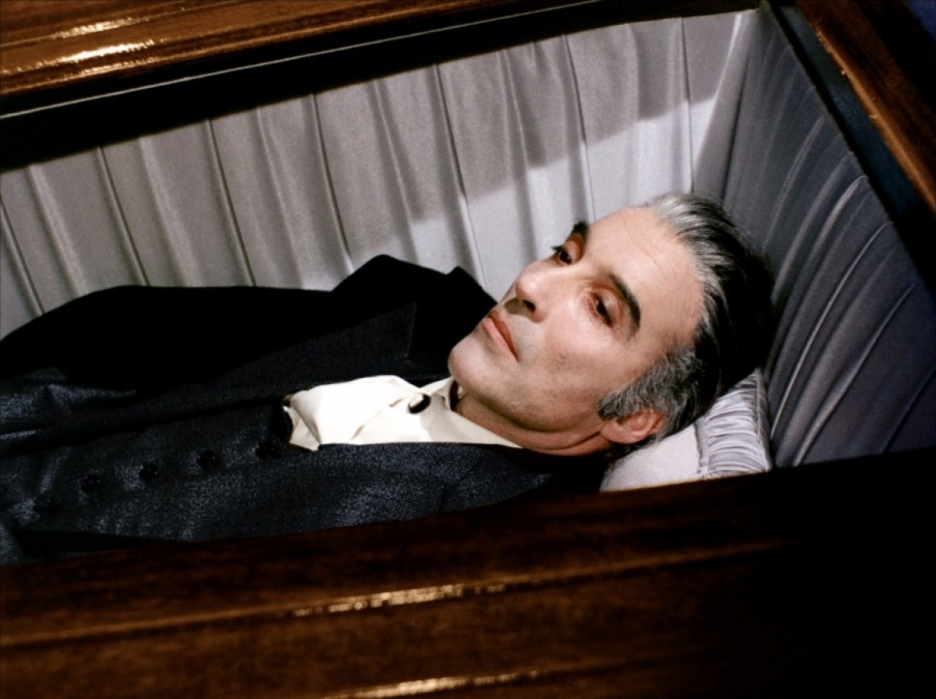 Outside of Hammer horror, Christopher Lee donned the cape of Count Dracula three more times for different productions. In 1970, Lee starred in Count Dracula co-starring Pink Panther films’ alumnus Herbert Lom (Van Helsing) and Klaus Kinski. Earlier in 1970, Lee made a cameo appearance as the Count in the Jerry Lewis film One More Time. This was a comedic jaunt which didn’t showcase the Hammer Dracula fans had come to know and love. Finally, Lee appeared in director Edouard Molinaro’s comedy/horror flick Dracula and Son. And as the Count of Sesame Street would say, “10, that’s 10 appearances by Christopher Lee as Count Dracula in motion pictures. Ha ha ha ha!”

The Count is a man of action and few words in Horror of Dracula. If you tally all of Christopher Lee’s dialogue, he has exactly 13 lines in the film. Furthermore, outside of audible grunts, groans and hissing, Dracula only speaks to the character of Jonathan Harker (John Van Eyssen).

4. SUFFERING FOR THE ART 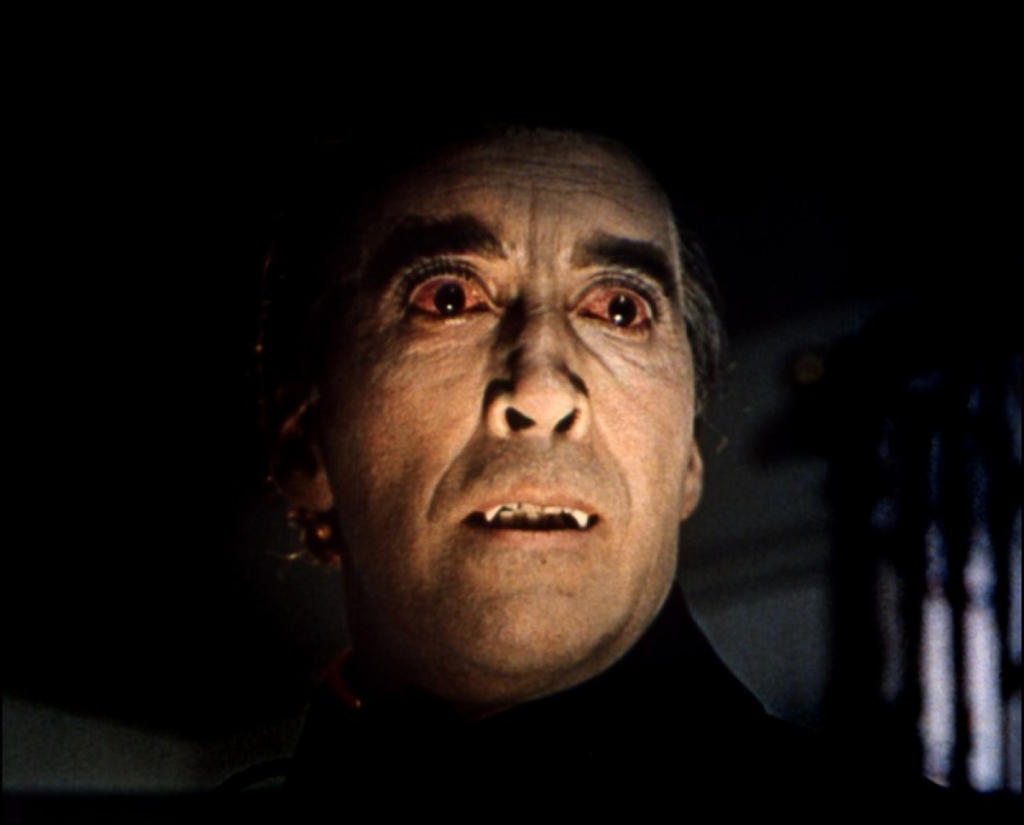 For Dracula’s victims, it was always a pain in the neck to face off against the Count. But for actor Christopher Lee filming Horror of Dracula was most painful for his eyes. The contact lenses he had to endure led to Lee constantly complaining about them on and off set. Another side effect of those intrusive contact lenses: he couldn’t see! During a take of filming Dracula running toward actress Valerie Gaunt, Christopher Lee’s vision was so impaired that he ran past the camera’s line of sight.

Christopher Lee and Bela Lugosi had something more in common when it came to initially playing the role of Count Dracula – they were both drastically underpaid. Lee admitted in his autobiography that he only received 750 pounds for playing the part of Dracula. Just for the sake of argument, Horror of Dracula made an astounding $25 million at the box office. Underpaid probably isn’t the right word in this case.

6. LURKING IN THE SHADOWS

Peter Cushing (Van Helsing) and Christopher Lee (Dracula) are the top-two billed actors in the movie, as they play the iconic characters made popular in literature and by Universal’s films. But neither actor appears on screen for very long. Horror of Dracula has a runtime of 82 minutes. Van Helsing only appears on screen for 25 minutes, while Lee is relegated to only seven minutes.

7. THE MAKING OF A CLASSIC

When Horror of Dracula was released in the United States, it premiered at a Warner Theater in Milwaukee, Wisconsin. The film was a hit right from the beginning, as it made just over $1,600 for its opening day. However, when the film played in the U.S., it was part of a double bill alongside Will Cowan’s film The Thing That Couldn’t Die (1958).

Poor Christopher Lee really earned those 750 pounds while shooting Horror of Dracula. Obviously, he was already enduring the hardship brought on by those cumbersome contact lenses, but things went from bad to worse while filming the scene where Dracula buries Mina (Melissa Stribling). Lee ended up falling into the hole where the burial takes place and right on top of the stunt woman.