“The Wolf Man” Arguably Leads the Pack Among Universal’s Greatest Monsters, but Here are 8 Facts You May Not Know About This Essential Horror Classic. 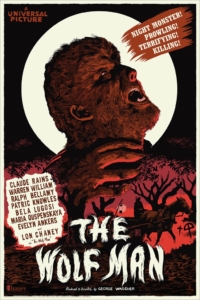 The film endures today in no small part to Chaney’s empathetic performance, a stellar story and Jack Pierce’s famous monster makeup. It is a must-see for all horror film enthusiasts and particularly fans of Universal’s Monsters. Now, here are eight things you may not know about Morbidly Beautiful’s Eerie Essential: The Wolf Man. 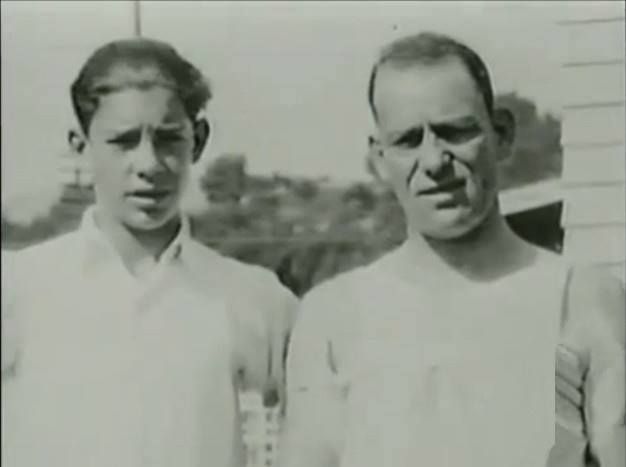 Every horror aficionado knows the extraordinary lineage of the Chaney family. Before Lon Chaney Jr. became a movie star, his father Lon Chaney Sr. was an iconic mainstay of Silent Cinema. Known as the “Man of a Thousand Faces,” because of his mastery of makeup, Chaney Sr. starred in such horror classics as The Hunchback of Notre Dame (1923), The Phantom of the Opera (1925) and the lost film London After Midnight (1927). However, it was his son who was the truly imposing presence on the Silver Screen. Chaney Sr. stood only 5’7” while Lon Chaney Jr. brought a truly menacing stature to the creatures he portrayed at a towering 6’2.”

Lon Chaney Jr. was a true animal lover and he often brought his dogs to set with him. During a pivotal scene in The Wolf Man, Chaney’s character is bitten by the gypsy/werewolf Bela (Bela Lugosi). Watch carefully and you will see Chaney’s German Shepard standing in as the deadly werewolf wrestling with Larry Talbot.

Speaking of animals, one sequence that didn’t make the final cut of the film saw Larry Talbot’s Wolf Man at odds with a bear. Wait, what? Yes, a bear! Unfortunately, the mighty bear was not interested in becoming a movie star, and the animal ran off before the fight could be completely captured. The scenes that were caught on film did make the theatrical trailer though.

4. BEAUTY AND THE BEAST 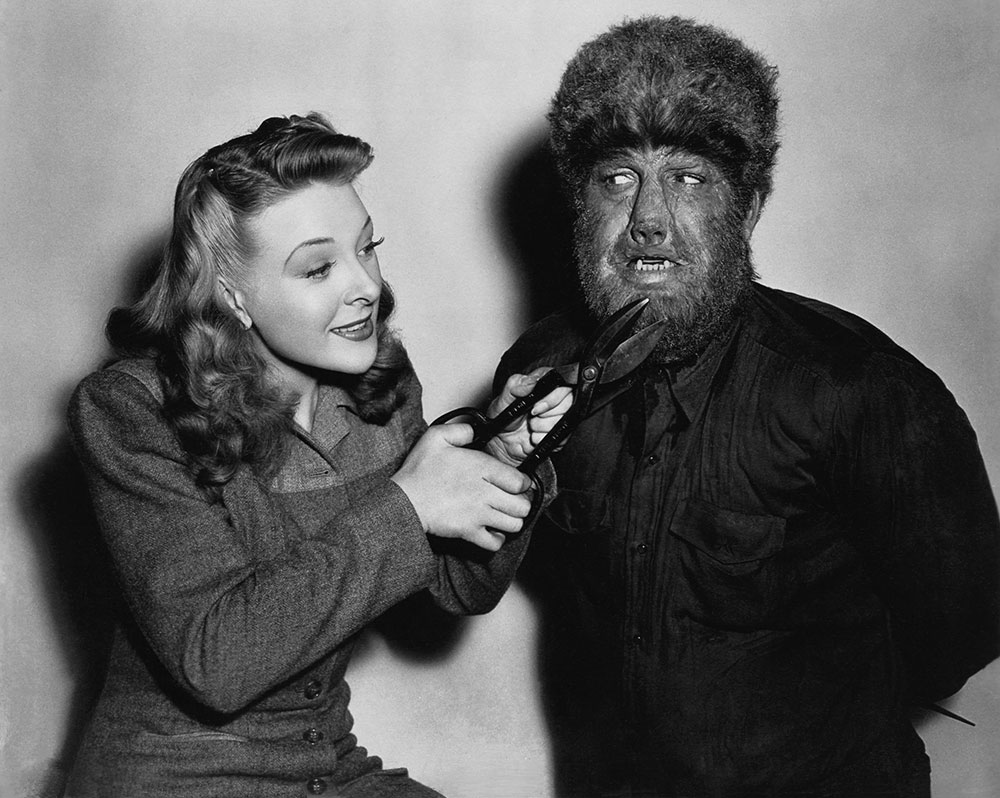 Evelyn Ankers was an actress and sex symbol with smoldering good looks that could rival any of our modern-day ingenues. But she also had a tremendous sense of humor. She can be seen clowning around with co-star Lon Chaney Jr. in a number of surviving photographs. Chaney Jr. also took a great deal of pleasure in scaring her on set courtesy of Jack Pierce’s makeup. However, when the aforementioned bear escaped from the set, poor Evelyn Ankers was chased up into the soundstage’s rafters by the angry animal.

Universal Pictures was known for its stable of horror movie actors who all resonated with audiences. Lon Chaney Sr., of course, was the first icon even though he was a silent movie star. Bela Lugosi became the first star of the talkie era as the evil Count in Dracula (1931). Months later, after Bela bowed out of the project, Boris Karloff wowed movie masses while shrouded in Jack Pierce’s makeup in Frankenstein (1931).

It’s fair to say that The Wolf Man launched Lon Chaney Jr.’s career, too, but the film was originally developed for none other than Karloff “The Uncanny.” In fact, Lugosi lobbied hard for the role of Larry Talbot, but Chaney Jr. ended up with the coveted part. 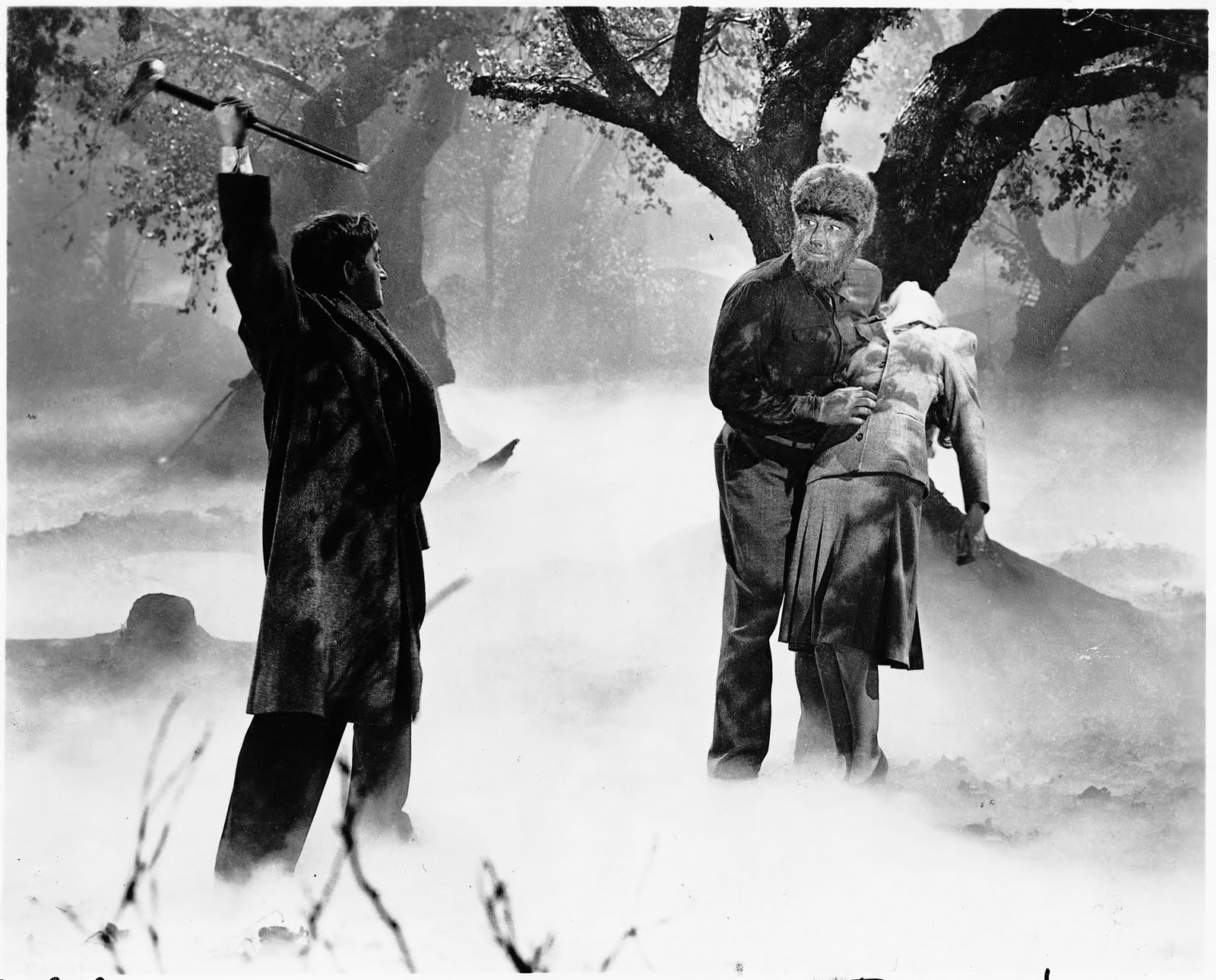 6. GIVE THE MAN HIS PROPS

Prop-maker Ellis Burman gave the famous wolf-head cane used by Larry Talbot in the movie to a young boy back in 1941. That child grew up to be a man of many talents in Hollywood including an actor and special effects artist – Bob Burns. The cane still resides in Burns’ personal genre film collection and it is the only known surviving prop from The Wolf Man.

7. CREDIT WHERE CREDIT IS DUE 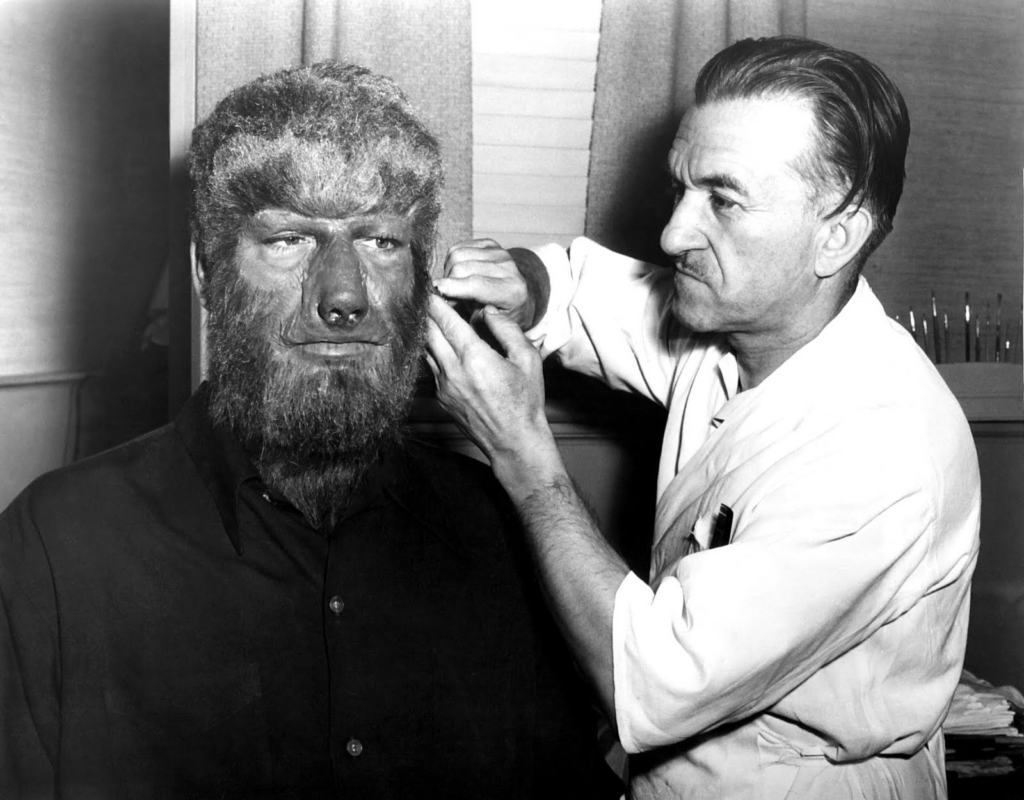 Jack Pierce was a wizard when it came to creating the Universal Monsters we’ve come to know and love over the years. Lon Chaney Jr. had to endure a six-hour makeup process to become the Wolf Man and then another three hours to have the makeup removed. Pierce’s first job as a motion picture make-up artist came in 1925’s The Wanderer. Over the next seven years, Pierce worked as a makeup artist and designer on 20 films including Dracula, Frankenstein and Murders in the Rue Morgue. But it wasn’t until 1932’s White Zombie that Pierce was finally credited.

The Wolf Man is arguably one of the strongest entries in Universal’s Monster movies, and the character has become an icon in his own right alongside the Phantom, Hunchback, Frankenstein monster, Dracula, Mummy, Invisible Man, Bride of Frankenstein and Creature from the Black Lagoon. But listen closely the next time you watch the film. No one ever calls Larry Talbot’s alter ego the Wolf Man during the course of the film, not once.