Stellar performances and a beautiful script make “Let the Right One In” an essential horror classic; here are 25 facts you may not know about the film.

Let the Right One In (2008) is the modern measuring stick by which all future vampire films should be gauged. Its story and execution are that good, but even more impactful are the memorable 12-year-old characters Oskar (Kåre Hedebrant) and Eli (Lina Leandersson). Amidst its dark themes and adult tone, at its core, Let the Right One In is a young adult romance and enduring tale of friendship complicated by vampirism, family dysfunction, bullies and seventh grade.

Directed by Tomas Alfredson (Tinker Tailor Soldier Spy, The Snowman), Let the Right One In is already the classic, perennial vampire flick of its own time a la Fright Night (1985) and The Lost Boys (1987), and Alfredson’s film is one of the few modern-day horror pictures that honestly can be considered an eerie essential.

Here are 21 Things You May Not Know About Let the Right One in.

“LET THE RIGHT ONE IN” TRIVIA 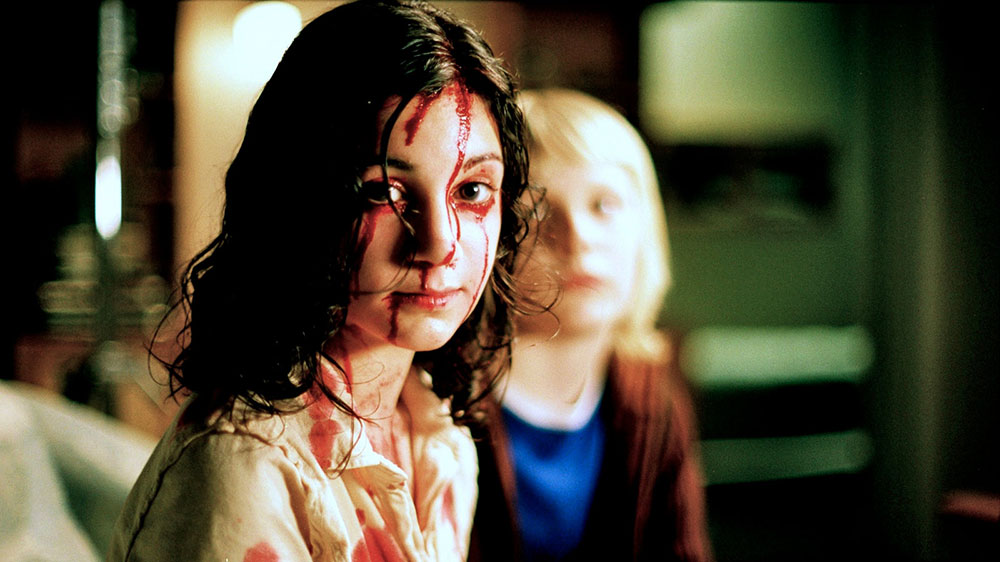 1. FROM PAGE TO SCREEN

Let the Right One In is an adaptation of the 2004 Swedish, debut novel “Låt den rätte komma in” by author John Ajvide Lindqvist.

Actress Lina Leandersson gives a mesmerizing performance as Eli, but her voice was judged to be too dainty for that of a fearsome vampire child. So, actress Elif Ceylan was cast to voice over all of Leandersson’s dialogue, because of Ceylan’s darker tone of voice. The sound designer Per Sundstrom felt that Ceylan’s vocals were much more menacing.

3. THE SOUND OF TERROR

The film’s sound design is one of the most intriguing and creative endeavors behind the production of Let the Right One In. To capture the authenticity of Eli feeding on her victims, the sound effects team recorded themselves biting sausages to create the feeling of the young vampire sinking her teeth into the flesh of humans. To simulate the sound effect of drinking blood, slurping on yogurt was used.

4. FUNNY HOW IT HAPPENED

Before becoming a well-known, established horror writer, Lindqvist spent over a decade as a magician and stand-up comic. 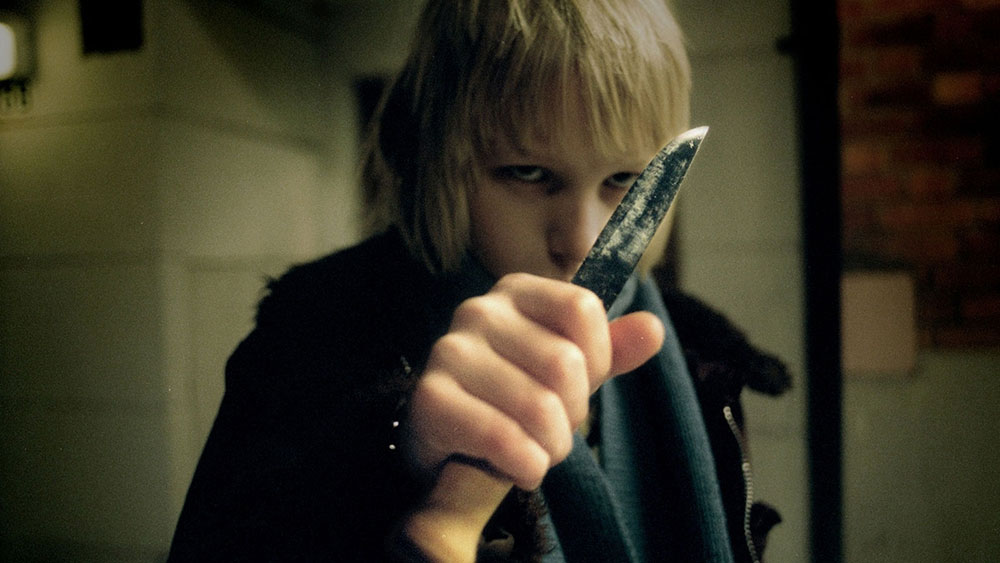 Let the Right One In tackles a number of complicated themes that resonate with many fans, and the state of being human, including bullying, divorce, isolation and love. There’s a distinct color scheme of light hues, mixed with browns, and vivid values — the perfect mixture of bold blacks and whites — happening to create the bitterly cold, snowy atmosphere. The Rubik’s cube Oskar gives Eli might be the brightest-colored element in the whole picture, but there are red and red-orange colors peppered throughout to remind audiences of Eli’s obsession and need for blood.

John Ajvide Lindqvist was born and raised in the Stockholm suburb of Blackeberg which is where Let the Right One In is set. However, the film production was situated over 10 hours north in the coastal city of Lulea. The filmmakers wanted to make sure there was sufficient snow and winter weather for the movie shoot.

7. NOTHING BUT A NUMBER

Although the film never touches on Eli’s true age, and she physically appears to be 12 years old, the pre-teen vampire is actually a 200-year-old creature of the night, according to the novel.

John Ajvide Lindqvist is a huge fan of English singer and songwriter Morrissey. In fact, the title of Let the Right One In is an homage to the song ”Let the Right One Slip In” (1988) which was released on Morrissey’s ”Viva Hate” studio album.

9. THE DECADE OF DECADENCE

Let the Right One In is set in the rich, pop-culture centric decade of the 1980s. Author John Ajvide Lindqvist specifically set his book in 1981, so the ages of his characters would mirror his own at that specific time in history. 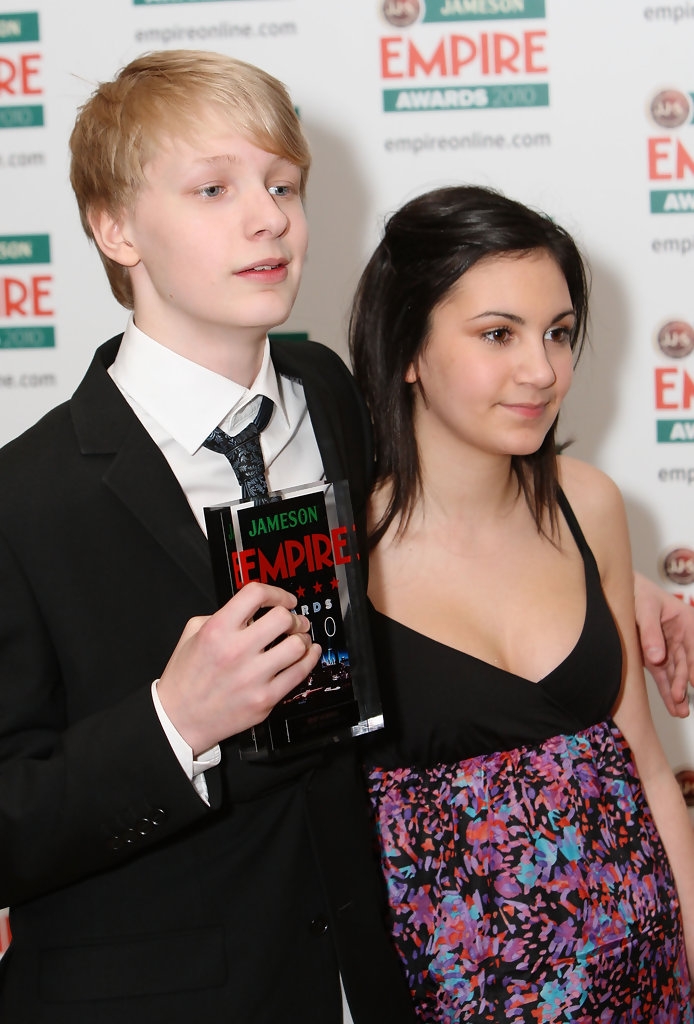