Terror can lurk where you least expect it. And these five, fierce females of horror video games are far scarier — and deadlier — than you might think.

Video game antagonism has largely been weighed down by the boys. Sure, there’s something to be said about being relentlessly chased by a bulbously muscled gargantuan who wants nothing more than to crunch your brain beneath their boot (thanks, everyone in Outlast). Yet, let’s not forget the wonderfully woeful women in our favorite gaming franchises. Think less Insta Baddies, and more, well, baddies.

Here is a rundown of my personal favorite bad bitches that made me itch to pause the game just for momentary respite from their tomfoolery. 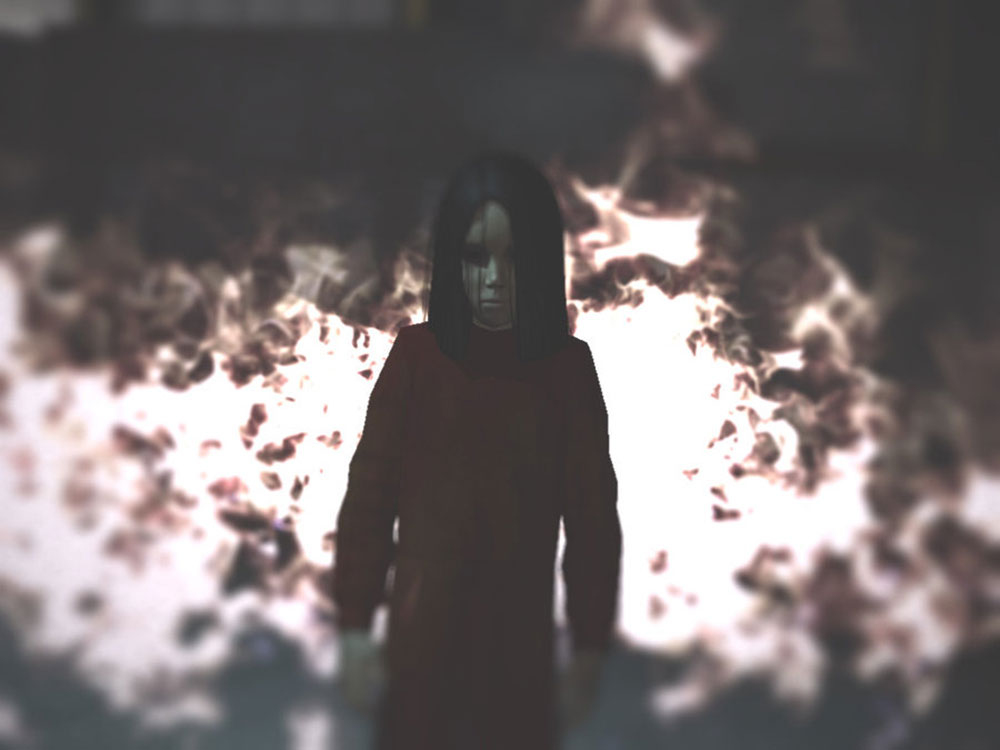 Once upon a time, the F.E.A.R series was less a gun heavy romp and more a genuine psychological titty twister, administered by the deceivingly small — and dare I say cute? — Alma Wade.
As a character, Alma has the hallmark of the quintessential spooky little girl. Looking a lot like Samara from The Ring, and with an equally tragic back story, she promises a lot of jump scare potential. While this is achieved in abundance, what I didn’t expect was to find Alma a tragic figure, littered with pathos, allowing her rage to be frustratingly human. Ultimately, this is what sets Alma up as an iconic horror game character for the ages.

While paying tribute to the horror tropes which moulded her physical appearance, she still has unique qualities.

Born with psychic abilities, and naturally attuned to negative human emotion, young Alma was experimented upon early on in her formative years. Following incidents of outward violence towards the scientists working on her, she is recruited into “Project Origin” with the view that they will harness her psychological powers for future warfare. Before her eight birthday, she was placed under a coma and kept within a big ol’ science-y tube thing, where the scientists would keep her for years after – impregnating her at 15 and 16 to harvest her abilities into two baby freakazoids. Once she hit her 20s, the scientists turned off her life support tube and wrongfully wrote her off as dead.

Reader: she wasn’t proper dead. Her ghost hung about like a bad smell. And she was very pissed off.

Alma is arguably the biggest victim within the series, stripped of her childhood and bodily autonomy. The most exciting (and scary) moment for me was the conclusion of F.E.A.R 2, in which Alma shifts from being a terrible tyke to a fully grown terrifying lady who does very bad things to you. This dynamic, in which control is taken from the player and granted to the female antagonist is very unusual – and unsettling. Undoubtably iconic, Alma is the natural first choice for this list. 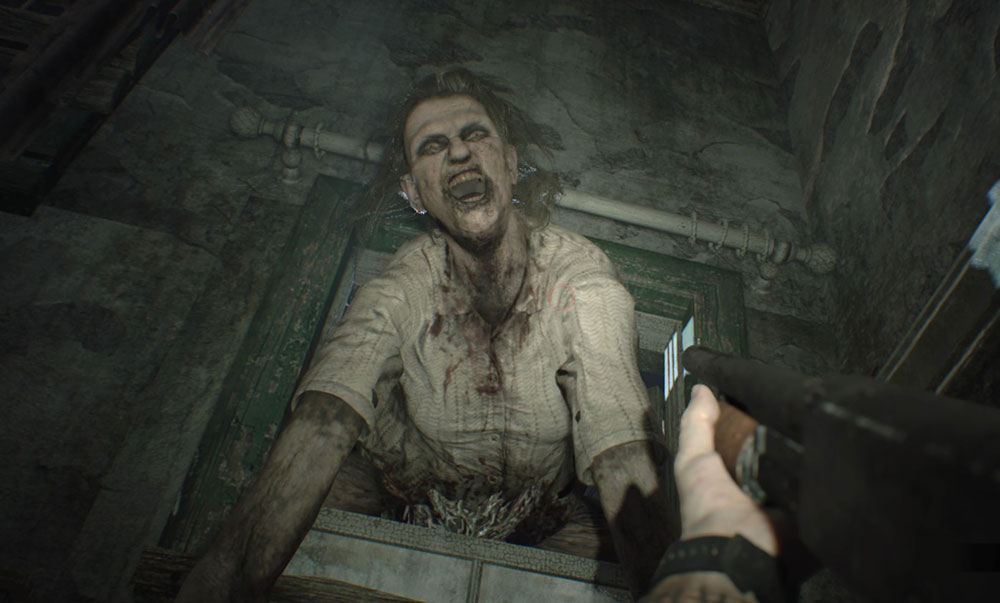 With a dash of Texas Chainsaw Massacre, a loving spoonful of the The Hill’s Have Eyes, and all the kitchen cleanliness of a frat house, you’ve got the essence of momma Baker. I’m sure there’s a way to weave in a hilarious anecdote about mother in laws being a pain in the ass, but I’ll leave that up to you.

Hailing from the masterful Resident Evil reboot we’ve all come to love; Marguerite is only one of a few ghastly gals in the roster. What sets her aside, however, is the strange dichotomy between her matriarchal airs versus her penchant for deeply unsettling set pieces. The masterful voice acting of Sara Coates laced the character of Marguerite with constant peril – the homely southern drawl quickly turning venomous and dangerous at the drop of a hat.

Once a happy home bird, with a loving family and ridiculously massive house, Marguerite fell victim to the young bioweapon, Eveline. Becoming the family that Eveline had always longed for (she had been the victim of rubbish scientists, like Alma – when will video game intelligentsia give human bioweapons a break??), the Baker family became warped versions of themselves, hungry for violence and malevolence, eager to sustain Eveline’s desire for familial love.

Nuanced performance aside, Marguerite is inherently terrifying to behold, shifting from a snarling middle-aged woman (which is scarier than one might initially anticipate), into a giant spider, linking her prior passion for insects into a nightmarish reality. Long story short, she is the worst – in a good way. 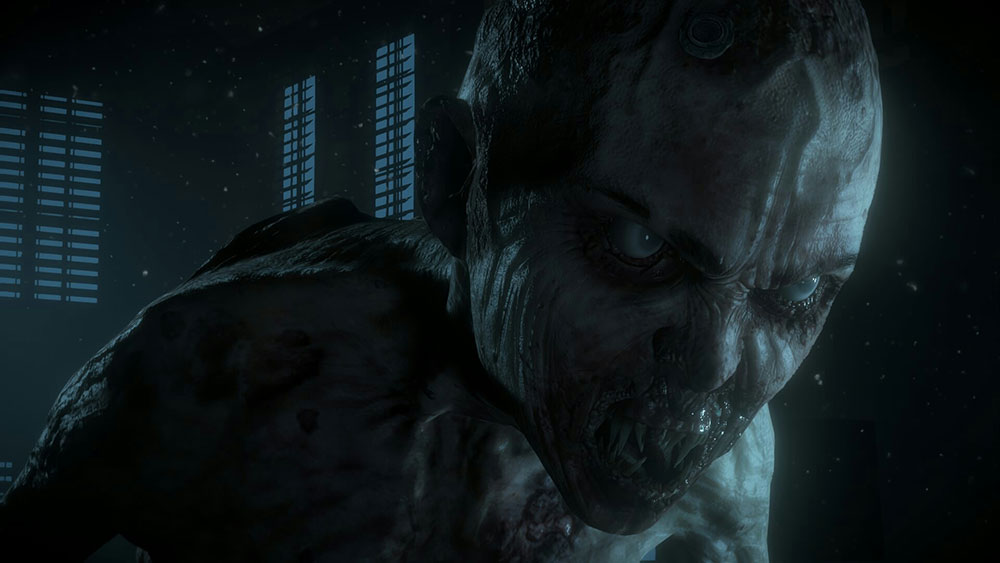 Ok, I admit, this might be a little bit of a cheat entry. Because when I say Hannah Washington, I mean her in fully fledged wendigo mode. This is no shade to the human Hannah that we’re greeted with at the start of the game. I’m sure she was very lovely.

Following a house party gone wrong and a dash of humiliation, Hannah runs off from her rubbish pals into the wilderness. I can’t possibly see how this situation could sour in a horror situation; this kind of rash behavior is never a bad idea. Her twin sister, Beth, comes to her aid – but they both end up falling down a cliff. Beth is killed instantly, yet as we discover through the game, Hannah survived.

Rather morbidly, in order to sustain herself, Hannah began to eat her deceased twin sister. In doing so, she became a wendigo. Much to the chagrin of her old friend group, who decide to return to the mountain where all this went down, wendigo Hannah wants to chomp on their body parts.

I feel like there isn’t much more to say on why Hannah is so scary and a worthy assertion to the list. Just check her out in action and see for yourself. 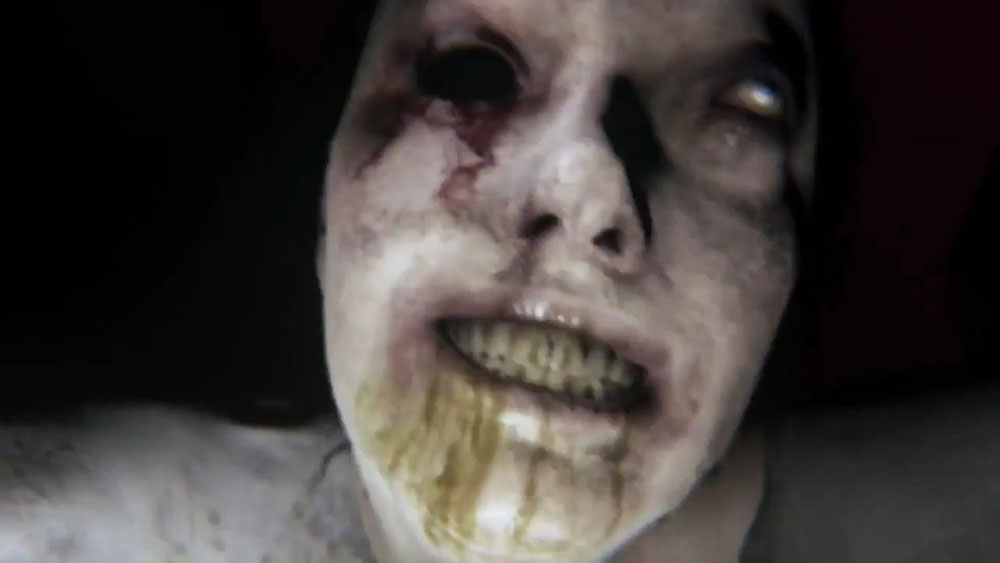 Although not an antagonist in a fully fleshed video game like the other ranked ladies, Lisa from P.T manages to assert herself as a fierce competitor for the scariest gaming antagonist EVER, while only appearing in a demo.

Little is known about Lisa, as the ill-fated P.T. never got the light of day promised by Hideo Kojima. Yet, arguably, this adds to the character’s reputation. There isn’t much scarier than the unknown, especially when said unknown is very eager to grip you by the collar and nip at your nose.

From what I could gather, Lisa was killed by her husband, who ripped her unborn baby out of her stomach (and you can pay a little visit to in the bathroom portion of the hallway, which is as wholesome as you expect it to be) before killing himself. She seems to have an eyeball missing and a really bad case of halitosis. But maybe I’m just being unnecessarily mean about her.

Graphically beautiful, P.T. renders Lisa as close to photorealism as one might be comfortable with. Her face is nightmarish, her movement jittery, and she is always present. There is never a moment within the playable trailer that one is afforded respite. Indeed, the tension is ever palpable, with players even claiming that Lisa attacked them while the game was in the pause screen.

5. Laura Victoriano (The Evil Within) 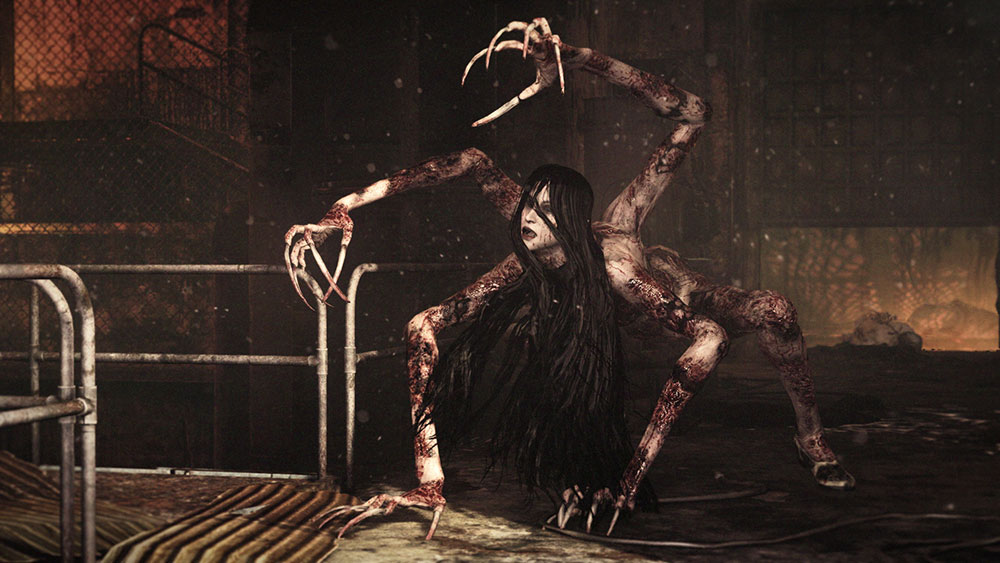 Last, but by no means least, I present to you Laura Victoriano from The Evil Within series. Although The Evil Within is strewn with convolution, the game succeeds at claustrophobic set pieces with terrifying enemies fast on your tail. The clawed-handed creature of Laura takes precedence amongst all of these.

Passing away young in a fire, Laura Victoriano is re-imagined by her brother Ruvik as a warped creature, constantly wailing and baying for vengeance. Birthed from his survivors guilt, Laura is rendered partially burnt, with many arms and jet black hair covering her face.

This may be a reference to her helping hand in getting Ruvik to safety, sacrificing herself in the process. Moving like a spider, she spawns from blood spatters. Should the protagonist get too close, Laura will pulverize your skull and drink your heart goo faster than you can protest.

My personal favorite Laura moment was within the game trailers for The Evil Within, in which she is seen to emerge, dripping in claret. The cinematic quality of having an antagonist take up so much space within the confines of hallways within the game is overwhelming – and it is refreshing to see a character with as much brute strength as Laura has being female. 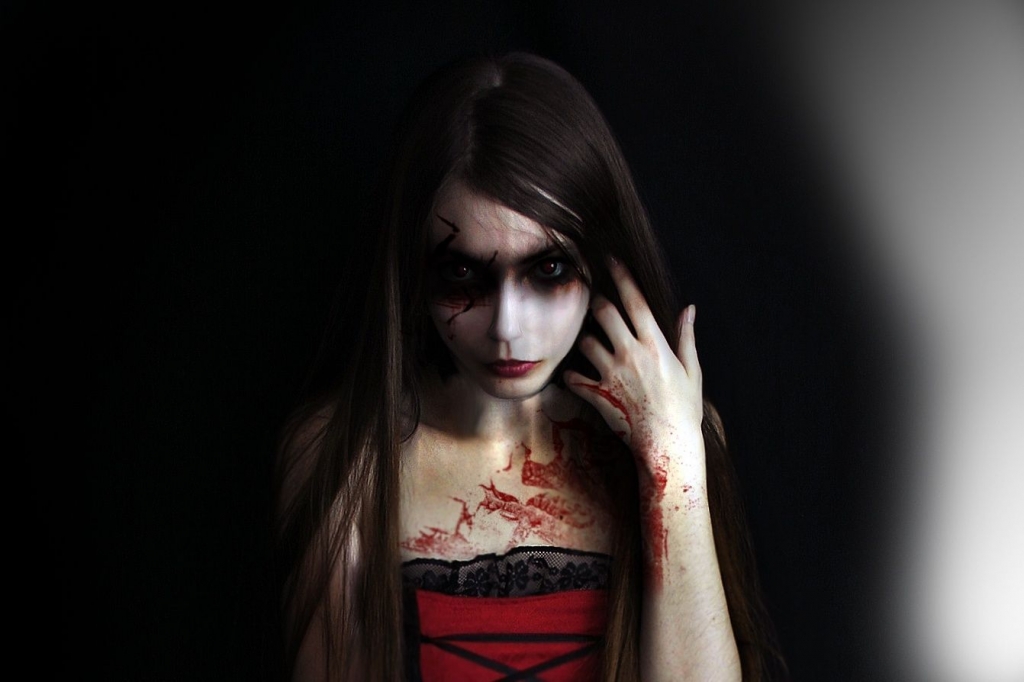 Females in horror are typically found to be more awful as they are complete inversions of the typified female experience society expects. No one anticipates a little girl to be blood thirsty. No one anticipates mum to want to gut you like a fish. The confusion mustered amidst patriarchal society in witnessing a woman reject typified female values and take on new strength (as vicious as this may turn) is clear.

What is obvious is that women in horror typically become the subjects of villainy in response to conditions subjected upon them. Is this antagonism a rejection of patriarchy? A protest, perhaps? Or are they just there to scare? I’ll leave that up to the reader.