We’ve all played them – the scariest, most downright horrifying video games ever made. And if you haven’t played them, then this is the list for you. 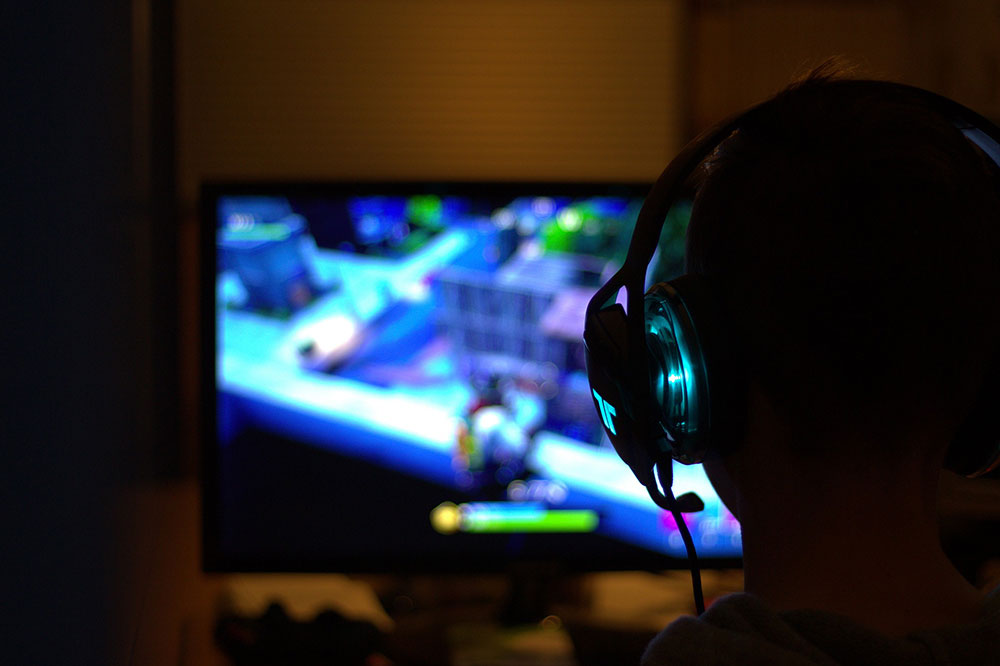 It goes without saying that I enjoy mediums of horror that don’t fit into the traditional norms. That’s not to say I don’t enjoy films and literature, but I think horror has so much more to offer. Case in point: video games. Now, most millennials out there will have played some form of video game sometime in their life, but every so often the horror genre gets overlooked by mainstream media. So unless you’re a self-proclaimed gamer, you may not be aware that some of the best games out there are indeed horror games.

The following list has been compiled with a few things in mind. Of course scariness is up there, but playability and story also have roles to play. So I have come up with a very intricate scoring system that is way too complicated to share. In other words, I’m just listing games I enjoyed the most. Let’s start! 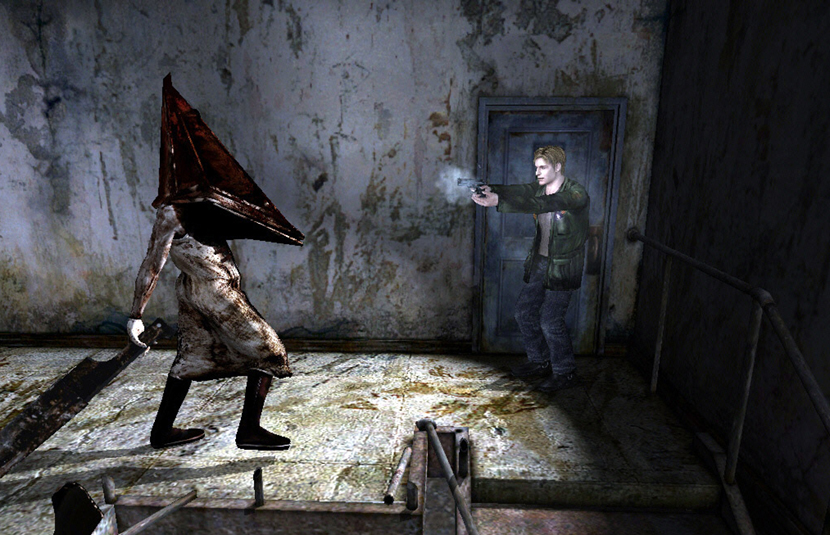 F.E.A.R stands for First Encounter Assault Recon, which at first glance does seem a little forced – and upon playing the game is most definitely a forced acronym. But that’s beside the point. F.E.A.R is a first person shooter with tons of horror elements. It really was a great evolution from games like Doom or Wolfenstein. It played up a lot of the atmosphere involved in making the horror aspect of the game stand out from other shooters in the genre.

The whole premise of the game is that you play as Point Man, an unnamed protagonist tasked with taking control of a government facility back from a psychic controlling super-soldiers. There are some twists, turns, and jump scares involved. But all and all, it’s a solid game and a worthwhile number ten on the list.

Until Dawn is more of a narrative than it is a full-fledged game. You control a party of characters (literally, it’s a group of kids having a party), one by one through their own experiences. It starts off in a cabin in the woods in the dead of winter. Some of the meaner people in the group prank another girl who in turns runs off into the woods, followed by her sister. Suffice it to say, they’re chased and killed by… something.

I’ll keep it spoiler free, but the game is a fascinating choose your own adventure with quick time events, great storytelling, and characters you’ll love or hate. A nice touch goes to the casting, which has a plethora of A-list actors in it. I fought with myself about ranking this game higher on the list, and maybe it should be, but it lacks some of the pedigree that other installments have.

Ah, enter the handy-cam genre. You’ve seen these movies – the found footage ones. Outlast is the video game equivalent. You’re a reporter who breaks into a mental hospital that is rumored to be conducting experiments. You’re armed with nothing more than your video camera, which has a handy night vision mode.

What makes this game scary, aside from being helpless when it comes to defending yourself, is the atmosphere. It’s a mental hospital – need I say more? The game play is interesting as well, with some quick time events, battery conservation, and puzzle solving. All  the while, you never know exactly what might come out of where. Really solid horror game.

One of the best action/survival horror games ever made, Dead Space stands out for its unique setting, its use of weapons, and character development. You play as Isaac, who is nobody particularly special. In fact, he’s just an engineer who ends up fighting dozens of necromorphs, which are sort of mutated space zombie monster things. Whatever they are, they’re creepy as all hell. They can come out of anywhere, and they aren’t easy to take down if you don’t know what you’re doing. Hint, aim at the limbs.

Dead Space spawned two sequels and is regarded as one of the best horror franchises out there, with there being no real weak points in the series.

This may be a controversial addition to the list, and I’ll give you that. While not completely horror, the game does focus on vampires, their clans, and all the monsters and demons associated with them. In the first (and only) Role Playing Game on the list, Vampire The Masquerade: Bloodlines scratches almost every itch you could ask for. Customization, storytelling, atmosphere, combat, and character progression is all there, and it’s incredible.

The game isn’t without its faults, of course. It was, and I believe still is, riddled with bugs and glitches. But if you can look beyond that for the majesty that it is, you’ll have a great time. The reason this doesn’t rank higher is the same reason it ranks at all: Only small bits of horror. However, the scary parts in the game are really quite frightening, to be honest. The movie set, the haunted house, the zombie attack – all really great sequences that are downright spooky.

In this psychological survival horror game, you play as a retired FBI agent, the same guy from the first game. Except the events of the first game broke him, so now he’s a homeless drunk with mental disorders out the ear. However, he is once again recruited to investigate a murder close to him. With a very Se7en feel to it, the game has atmosphere for days.

It also has one of the best, and scariest, scenes in any game I’ve ever played. All I’ll say on that is: The Bear. The first person angle gives you a really neat perspective on the events of Condemned 2: Bloodshot, and it’s definitely not for the faint of heart.

This is going to be another controversial choice, as it might not even be classified as a game. My understanding of it was that PT was meant to be nothing more than a tech demo for an upcoming Silent Hill game that never came to be. Nevertheless, the product was released for a limited time and terrified everybody lucky enough to play it.

So, why was PT just a tech demo? Well, for one, it was nothing more than a singular loop. The game did nothing more than circle you though the same hallway in the same house with randomly generated elements until it ended. Very few people had the same experience, as all of the happenings were completely random. It featured little nuanced scares, as well as enough to cause intense reactions of, “I need to turn the system off, burn it, and never turn my TV on again.” If you want to have a good time, look up YouTubers playing it. Hilariously terrifying.

Talk about an industry game changer. Amnesia is a game that took many by surprise, but is surprisingly horrifying. During the events of the game, Daniel (the protagonist) has to solve a bunch of puzzles relating to the plot, which I won’t spoil, under nothing more than candle-light. Yes, the game takes place in the mid 1800s, so everything has to be done old school.

I would argue that this game kickstarted the whole first-person survival horror genre. While there were games before it, this one really took off. Like Outlast, you have no defense against the grotesque monster that stalks you throughout the game – you can only run and hide. As well, there are insanity effects if you spot the monster for too long, or you leave yourself without light. Incredible atmosphere and unique gameplay, as well as overall genre influence is why this game ranks so high.

Arguably the franchise that started it all, Resident Evil released in North America in 1997 and launched a franchise more than 20 years in the making. That includes Hollywood movies, animated movies, and a slew of games ranging from incredible to downright garbage. The lore of the game is so deep, I’m not even going to begin explaining it. But what you need to know is that there are zombies, and a lot of them. Generally you play as a cop, or law enforcement agent of some kind, and you’re usually on a rescue or escape mission. It doesn’t sound too ground breaking. But trust me, it is – or at least was.

Today there are 7 main entries in the franchise, but there are at least half-a-dozen spin offs and side games. Out of all the games, the stand outs have to be 2 (which was recently remade and rereleased), 4 (which was touted as the best game of all time), and 7 (which went in a whole new direction rebooting the franchise). Do yourself a favor and play any of them.

Just saying the name Silent Hill brings forth memories of  the Spanish guitar strumming its nearly rhythmless melody. What might be the poster-boy for survival horror, Silent Hill hit consoles in ’99 and scared the crap out of kids and adults alike. In fact, a friend of mine at the time said he could only play it at noon-hour on a sunny day with the lights on. The use of fog and atmosphere to mask the environment was brilliant, the audio cues and constant white noise couldn’t have been done better, and the story in the first three games is nothing short of remarkable.

The games are iconic, and the franchise has so much lore, it would rival The Lord of The Rings in depth. Sadly, after the first 3 installments, the franchise went way downhill. However, the first three are instant classics that changed the video game world forever. Also, number 2 introduced maybe the greatest horror icon outside of film ever in Pyramid Head.

Commence the head scratching. How could a game with a name as cute as Doki Doki Literature Club be a horror game. Well, I literally can’t tell you without ruining it. Play the game, or at least watch a “Let’s Play” on YouTube. The game starts out super innocent, of course, but takes a turn. In today’s age, I understand it’s appropriate to label things with trigger warnings. While games 10-1 on this list are horror based and scary at times, I feel Doki Doki is the only one that truly requires a trigger warning for intensely disturbing imagery and themes. Worth a look-see, for sure.