Take a trip down memory lane with me as I reminisce about 10 moments that made me pee my pants in terror as a kid playing non-horror video games. 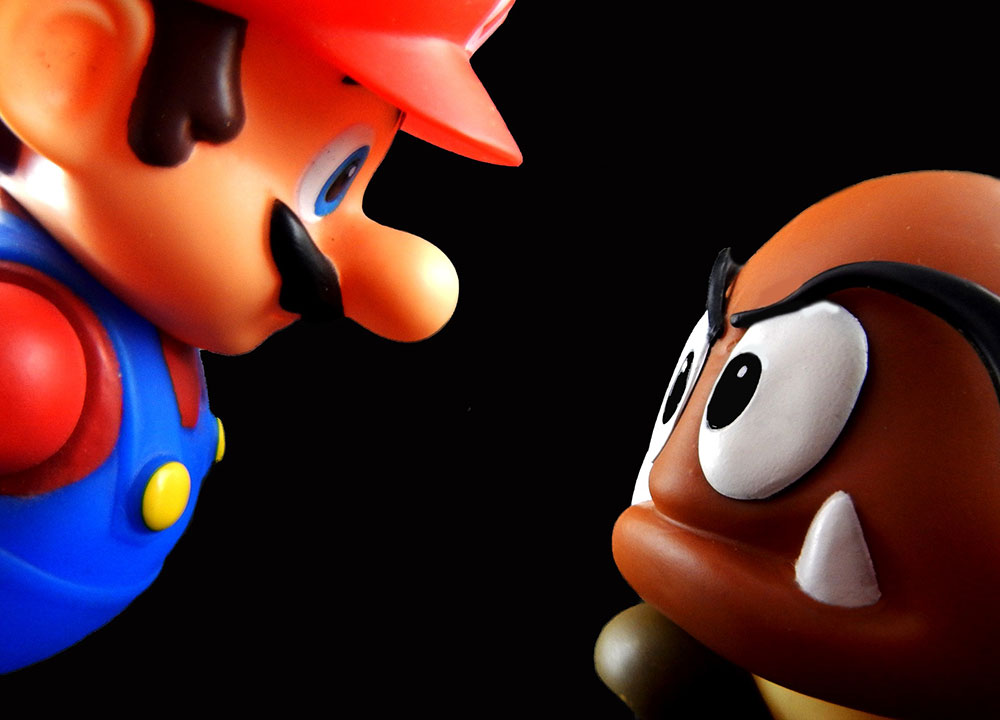 After hungrily watching the teaser clips for The Dark Pictures Anthology: Man of Medan some time ago, I’ve been daydreaming idly about my favorite moments in horror gaming.  Everyone remembers their first time dipping their toes gingerly into the icy waters of spooky gaming. The first horror game that gave me proper nightmares was Project Zero, known Internationally as Fatal Frame. I could not walk up the stairs of my family home in the dark until I was about 14 years old (even at that, the stairs would have to be mounted at a cut throat speed, a la gorilla).

Yet, I got to thinking of other moments of gaming that shot the shivers firmly up my spine. Many of the scariest bits that spring to mind exist in games outside of the horror genre. Easing me into a state of trust and sheer joyful delirium, these moments would then spring out at me and leave me yelling at my dad “GET PAST IT” just so I didn’t have to look at it anymore.

Here is a little list of things that scared me in non-horror games as a small waif.

*Disclaimer: just because it made me brown my breeches doesn’t mean it will make you brown yours, this is simply my opinion.* 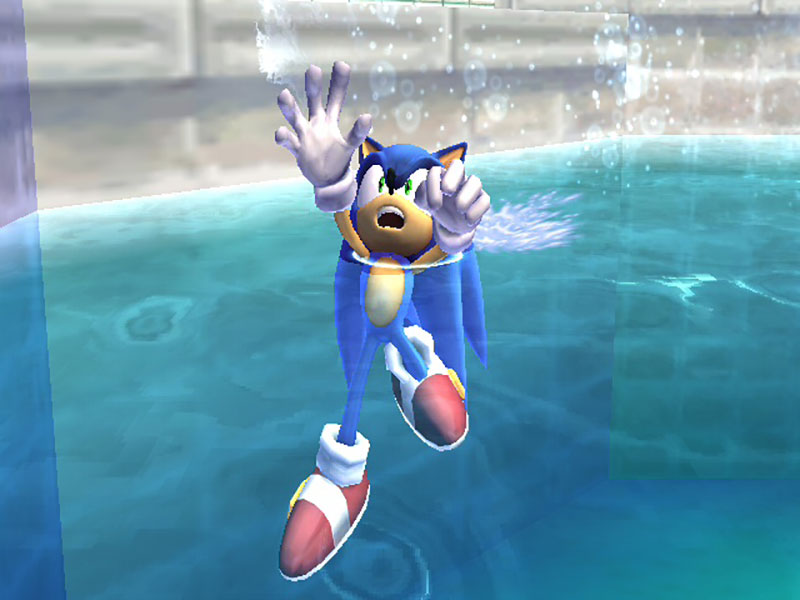 Anyone familiar with the Sonic franchise at all will know just how anxiety-inducing the watery demise of our favorite sneakered hedgehog truly was. Although the harrowing animation of Sonic slowly losing consciousness and meeting a soggy grave was disturbing, it was not the worst part.

Pounding music quickening in tempo soundtracks our hero’s slow death as you, the player, murder him aquatically. The music is so unsettling and panic inducing that I would pause the game indefinitely, suspending Sonic in a sort of cyber limbo.  Horrible. Still hate it.  Definitely sweatier than the Jaws theme music.

2. Any Slightly Spooky Enemy (The Legend of Zelda: Ocarina of Time) 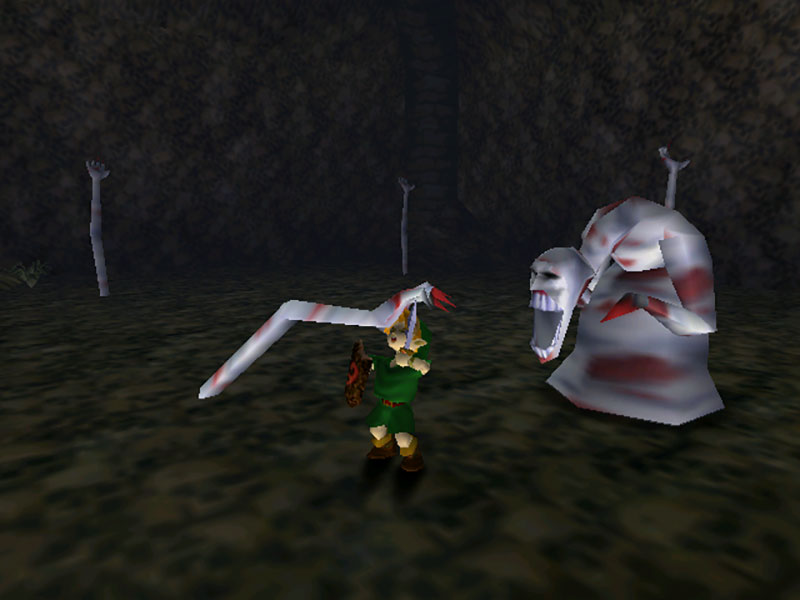 “DAAAAAD, CAN YOU GET ME BACK TO HYRULE FIELDS???”

Look, I just wanted to toot some woodwind and ride my horse. I had no time for battling any demonic entity swinging for me – my Link was less of a hero, more so a 3D doll to pamper. Seeing any sort of spooky bastard wobble towards me was game over.

Honorable mention also to The Legend of Zelda: Majora’s Mask and its fucking terrifying moon, which rendered the game unplayable instantaneously for Baby Megan. 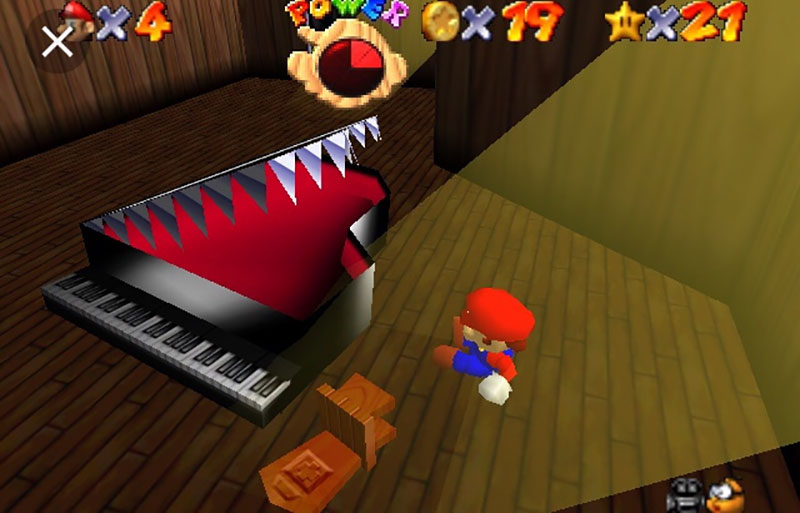 Mario really dicked me over by becoming a human sandwich for a teethy piano.

An otherwise colorful romp through paintings and cute worlds, Mario 64 was very fun. However, when traversing Boo’s Castle, things got a bit scary fart time.  This jumpscare was so scary, it legitimately made me cry.

It didn’t stop being scary until I ran out of the in game room, to silence the chomping mandibles of a piano. Sounds stupid but it was really, really scary. 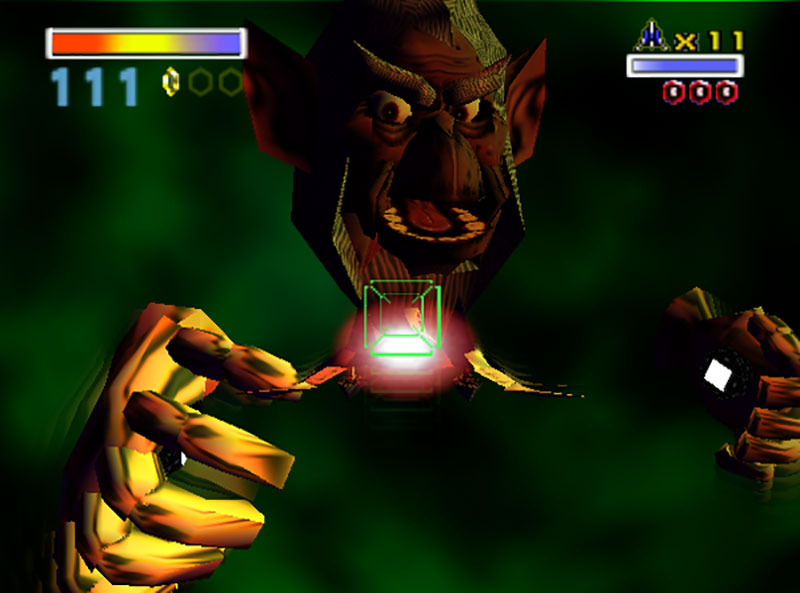 Big monkey bastard with decapitated head and hands floating through space.  Says it all. 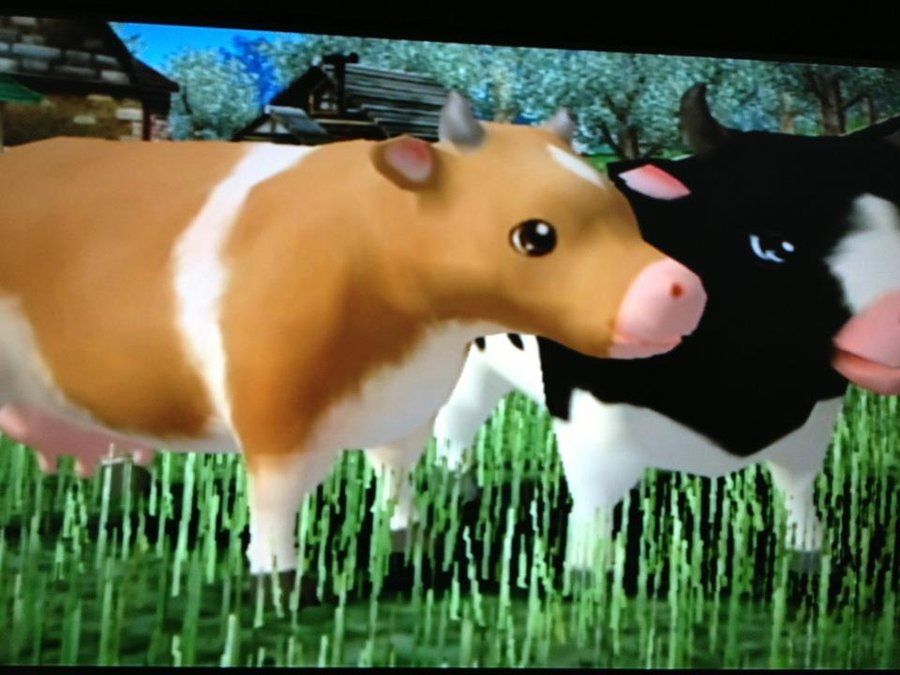 This was more of a subtle, nagging, psychological panic.

My first ever Harvest Moon cow became sick well into the game. No amount of medicine was curing her: she was just getting old. Death was imminent. Inevitable.

Shout out to Viva Piñata for creating a similar situation when that floating ball bag came to bash my sweetie filled pets.

6. The Idea of the Kitten Dying if I Don’t Feed It Enough (Shenmue) 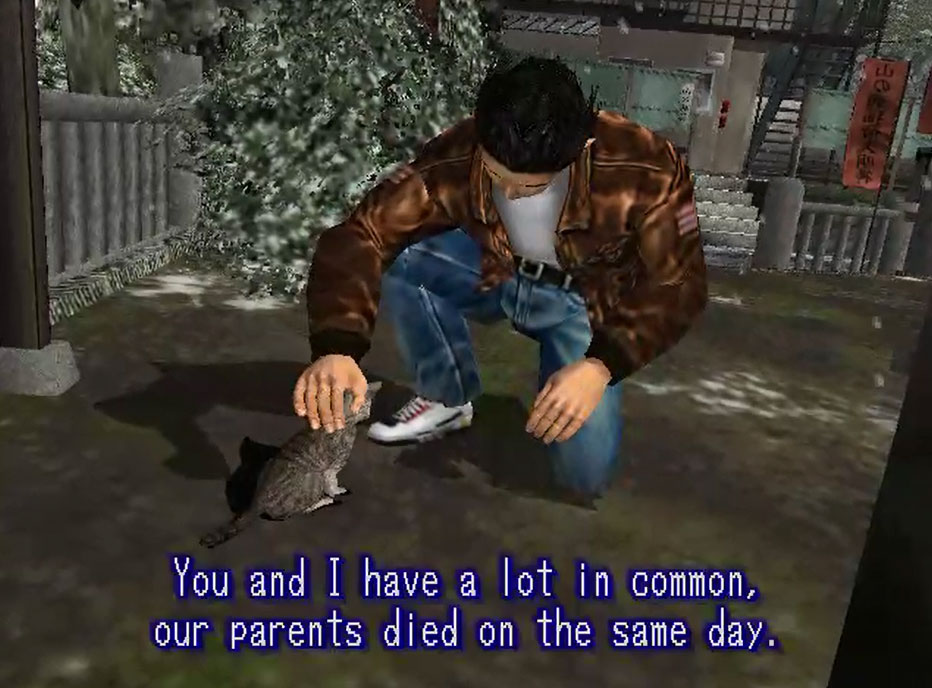 Everyone knows the best thing about Shenmue was collecting your money in the morning, visiting the kitten in the box and then spending the day at the in-game arcade.  The idea of the kitten perishing became an all consuming fear for me. To lose the kitten was to lose a third of my gaming exploits in Shenmue.

I never did avenge my father, but I did feed that kitten loads. 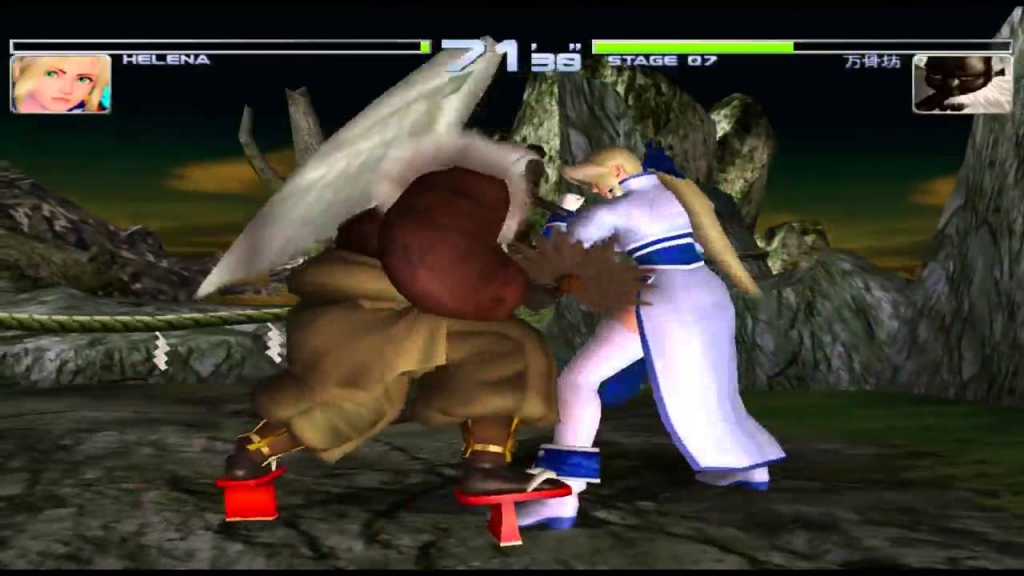 I hate his sandals and feet. 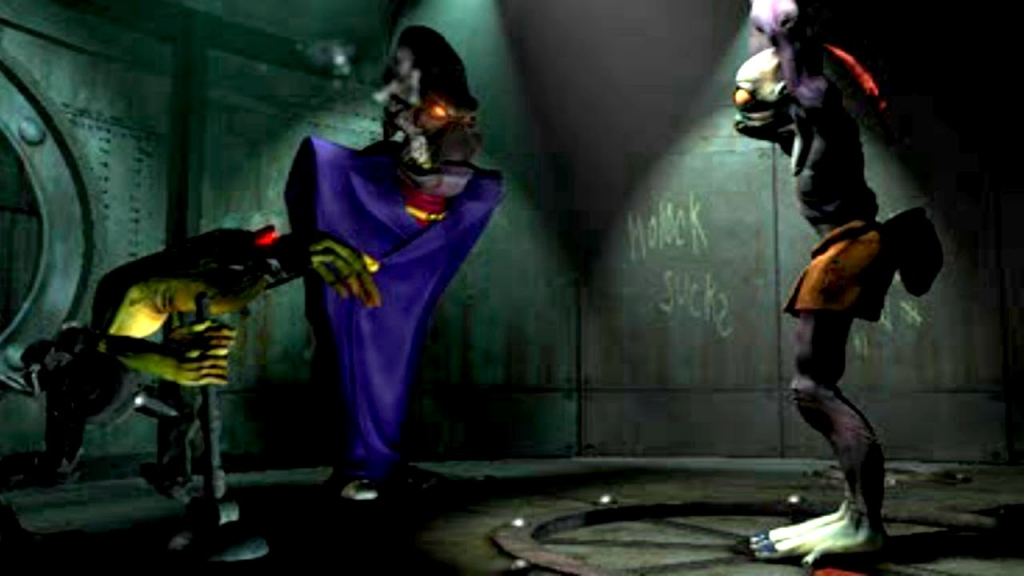 If you’ve played this game, and the words “Where did everybody go?” don’t break your heart…

Having developed a deep love for Munch on the get go, to discover his mates have been stolen and he’s alone is so upsetting and scary. Waiting for the Glukkons to harvest my mates and my ma was pure nightmare fuel.

Abe’s Oddysee felt like a fever dream I could not wake up from, but in the best way. Although this scared me, this was a game which I actively sought to reach the ending and gain retribution. Thankfully, I never got THAT bad ending, which would have broken my achy breaky heart.