Five On It: Unhappily Ever After

One theme, five killer films. We explore five wickedly fun films inspired by the dark side of our favorite fairytales.

These days, we may be used to the sanitized, Disney-fied versions of fairytales, but the stories in their original forms were often not particularly pleasant or child friendly. Some we already know are probably a bit too bleak for a Disney adaptation (the implications of cannibalism in Hansel and Gretel would be a bit hard to swallow), but even the commercially viable versions can tread into some pretty dark territory (child abuse and forced servitude aren’t particularly uplifting topics).

In the last few centuries, a lot of the horror and gore of the classic fairytales we know and love have been substantially watered down. For example, in the Brothers Grimm 1812 version, Cinderella’s wicked stepsisters are so eager to marry the handsome prince that they take turns mutilating their feet with a knife to fit into the golden slipper, easily tricking the prince until he notices the profuse amount of blood dripping from their shoes. If that weren’t enough, Cinderella gets her final revenge on her wedding day when her little bird friends cheerfully peck out her stepsisters’ eyeballs.

Luckily, not everyone has forgotten the deeply disturbing, violence-drenched roots of our favorite fairytales. Here are five films that take a few familiar stories back to their terrifying roots. 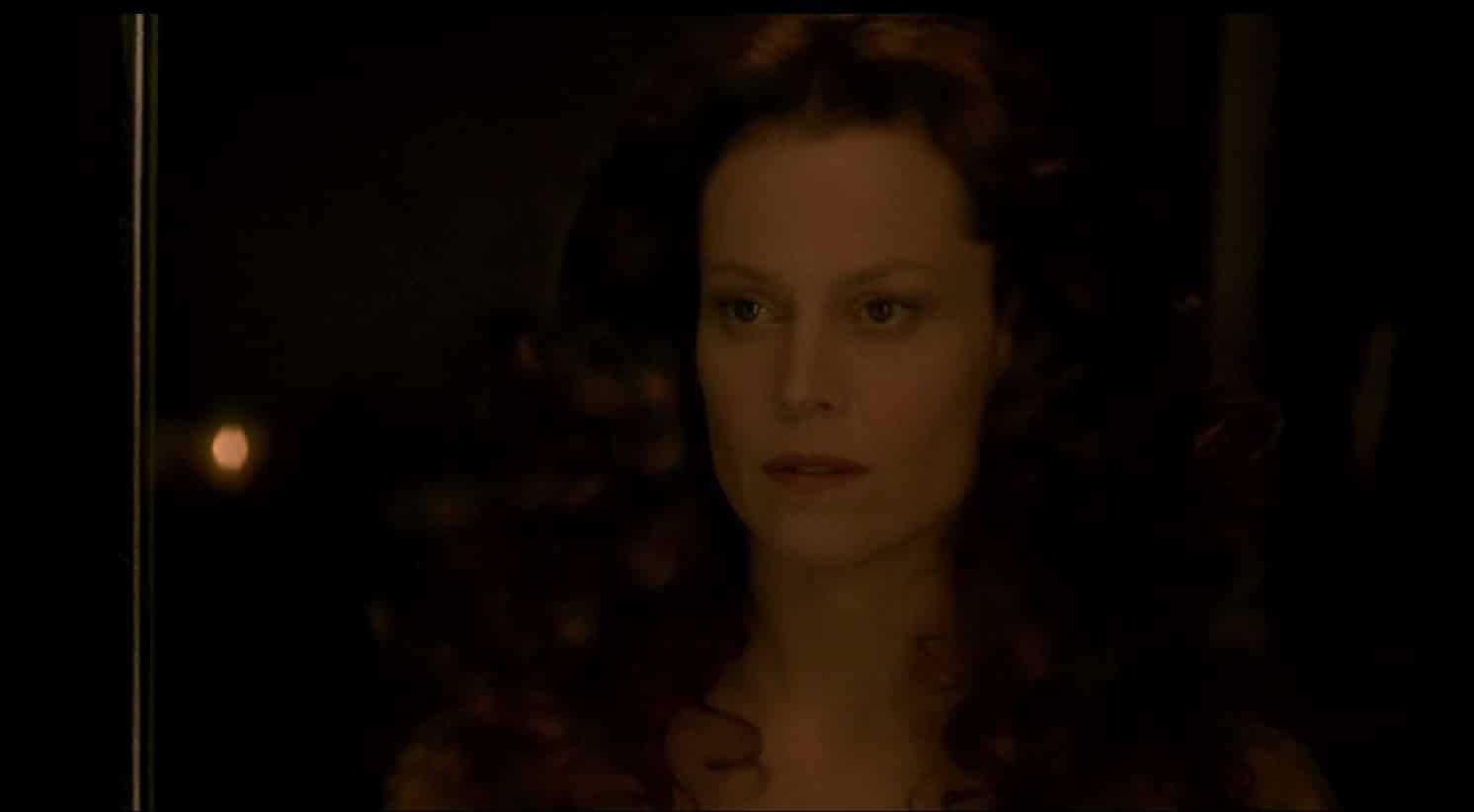 Though the original Grimm fairy tale has plenty of terror all on its own, Michael Cohn’s 1997 version starring Sigourney Weaver and Sam Neill injects a darker, more sinister atmosphere into the familiar series of events. The result is a more disturbing—yet admittedly more realistic—retelling of the classic story.

For example, Cohen dispenses with the cute little dwarves and replaces them with a band of dirty, rough-living, and disfigured (though in some cases ruggedly handsome) miners.  Nevertheless, all the familiar elements are still there, with a satisfyingly dark twist, leaving us with a decently entertaining albeit predictable (and not just because we already know how the story ends) take on “Snow White.”

Lilli Hoffman has been the apple of her father’s eye since the death of her mother in a carriage accident. The beautiful and spunky daughter of a nobleman, she is the darling of everyone on their sprawling estate until one day her father brings home a new bride, Lady Claudia. Claudia at first tries to win the child’s favor, but Lilli gives her a cold reception. Unfortunately for Lilli, Claudia is a powerful witch with a vengeful heart (and a magic mirror, of course). Once Lilli grows from a spoiled little girl into a defiant teenager, Claudia can no longer stand living in her stepdaughter’s shadow. She enlists her brother to dispatch the girl, and, once she believes she has bested her rival, her evil nature begins to spiral out of control. 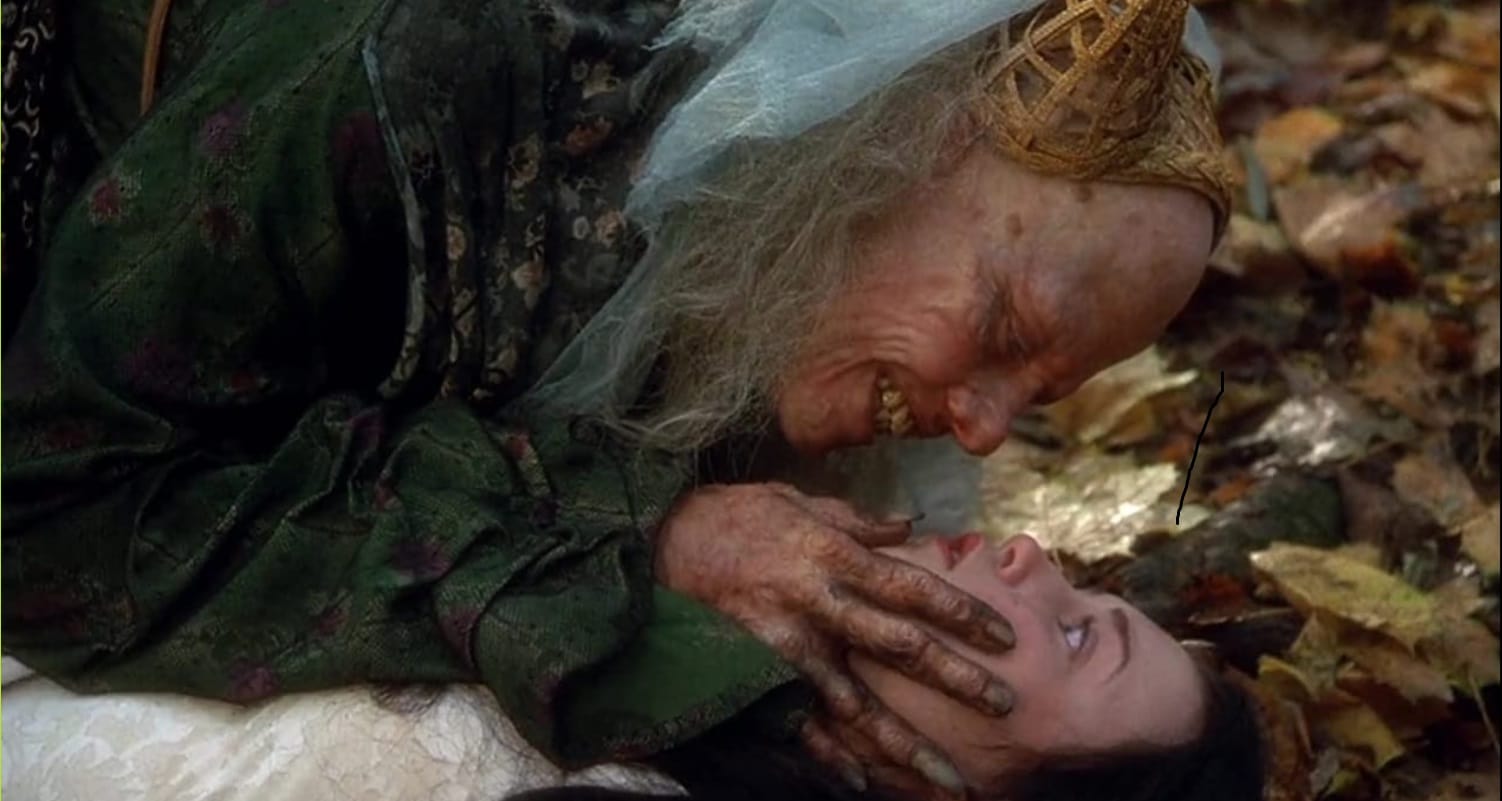 Meanwhile, Lilli escapes and finds refuge with the aforementioned miners, learning how to fend for herself while developing some empathy in the process. The rest goes about how you would expect, with poisoned apples and glass coffins, followed by a grand finale where Snow White gets to be the hero (for a change).

To create a more realistic motive, this version downplays the wicked stepmother’s irrational jealousy over Snow White’s beauty and instead attributes her madness to grief for her stillborn baby, whose death she blames on the distress that her bratty teenage stepdaughter causes her. Somehow, this does not make her any more relatable, especially when she does things like gleefully feasting on a stew she believes is made of her mutilated stepdaughter’s organs (which, as it turns out, is an element from original Grimm tale most versions choose to ignore.)

Check this one out if you enjoyed the 1998 Drew Barrymore flick Ever After, but thought it could use a bit more grit and violence.

Where to Watch: Available for free on Roku TV 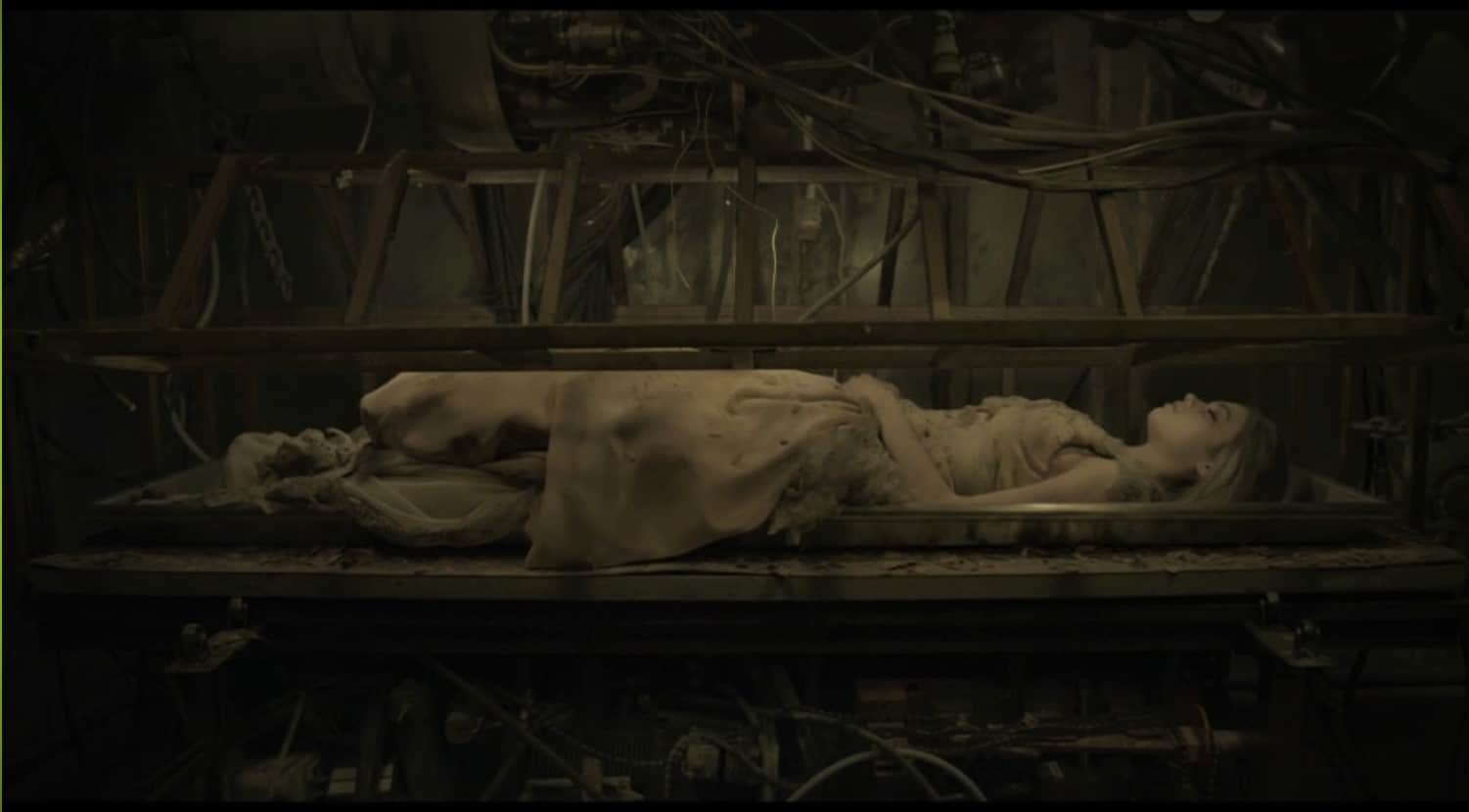 It’s no surprise that the tale of “Sleeping Beauty” has served as inspiration for a variety of dark film adaptations. The subtle yet unsettling implications of rape or necrophilia provide ample opportunity to play with the concept of forbidden desires.

Singaporean director Pearry Reginald Teo’s 2016 rendition, The Curse of Sleeping Beauty, takes most of its inspiration from the young-temptress-in-distress aspect of the story but spins a whole new yarn from there. The film is adamant about its origins in the Germanic folktale, making sure to point out that its titular sleeping princess’ name is Briar Rose (the anglicization of the Grimms’ Dornröschen), but the story goes out of its way to create its own lore (with only somewhat successful results.)

Thomas, a lonely young artist who has been experiencing recurring dreams about an enchantingly beautiful sleeping girl whom he feels an overwhelming compulsion to kiss, is surprised one day to find he has inherited an enormous mansion from an eccentric uncle. The unexpected fortune quickly proves itself to be more of a curse. The mansion is decaying and dilapidated beyond repair, not to mention filled with his uncle’s decidedly creepy art projects. With the help of a lovely young realtor, Thomas discovers that the house is well known in the area for its association with mysterious disappearances over the years. 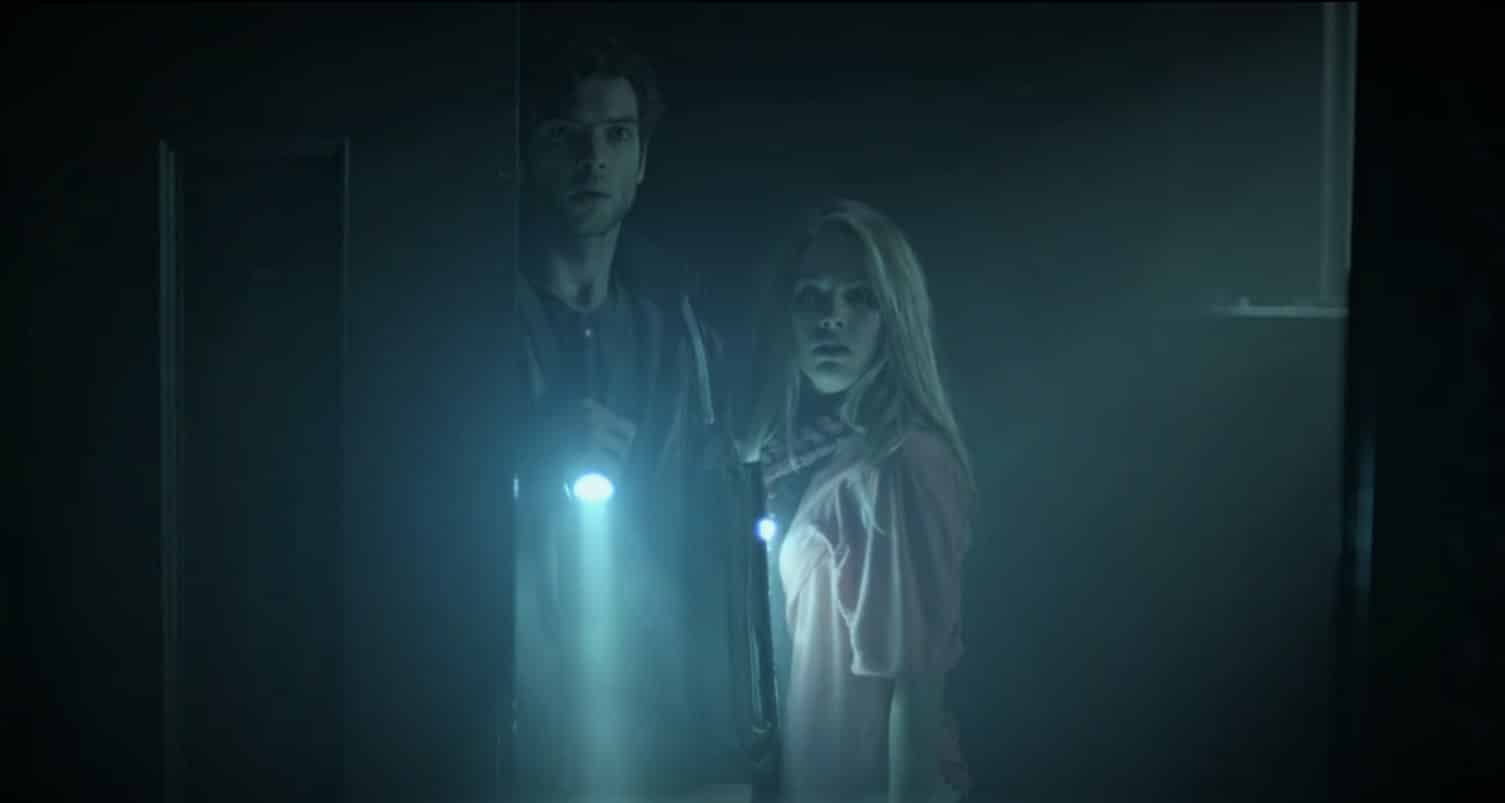 The more they dig into its history, they learn that the house may be hiding some dark and ancient secret deep within its foundations…and that Thomas’ fantastical dreams may in fact be an ancient entity reaching out to him from somewhere inside the house.

It may be readily apparent from the summary that the plot is rather thin, but believe me when I tell you that The Curse of Sleeping is by far the scariest movie on this list.

Teo serves up some truly tense moments, as well as a few scenes (involving mannequins) that offer some of the most frightening imagery outside of a Guillermo del Toro film. The costumes and scenery are equally striking, with breathtaking fairytale tableaus and memorably hellish sequences that are impressive for such a low-budget horror film. Unfortunately, the film puts 100% of its energy into flaunting its filmography prowess, leaving the casting, dialogue, and storyline behind as hastily cobbled together afterthoughts. The story is nonsensical, the ending is randomly abrupt, and the dialogue is lazy and awkward.

You might just consider watching the film on mute…without the pesky script, it could honestly be one of the creepiest films of the previous decade.

Where to Watch: Available on Amazon Prime 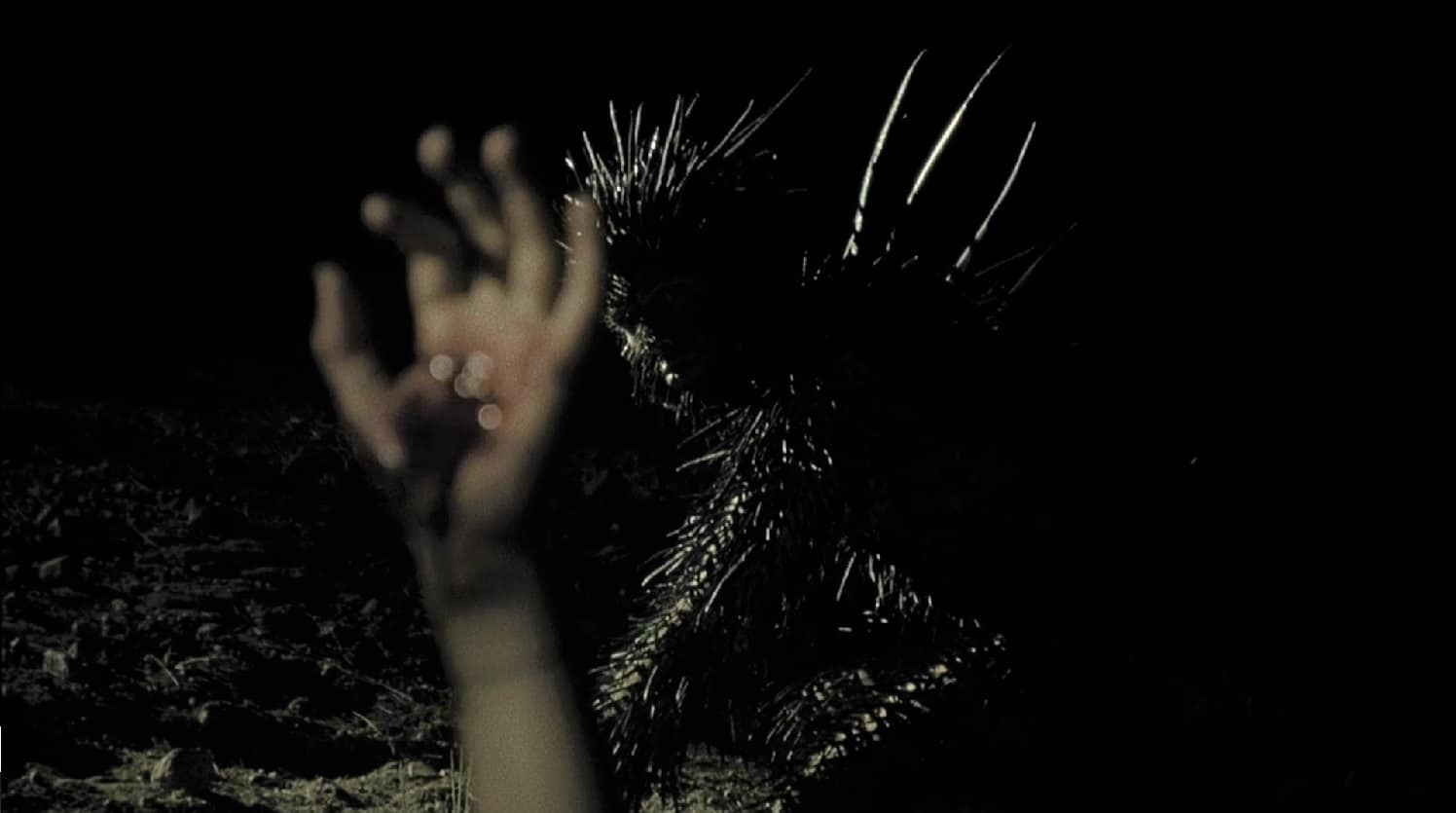 Spike is a surrealistic and tragic retelling of the classic French story “Beauty and the Beast,” in which a young woman and her friends are intercepted on a road trip by a mysterious entity in the woods who has been harboring a life-long fixation on her.

Suffering from a bizarre deformity that has left him more monster than man—covered entirely in sharp black spikes—the beast lives in isolation, pining for the childhood friend who once showed him affection…until one day he finally gets his chance to win her back and recapture his one true love.

Robert Beaucage’s film is drenched in a sort of dreamlike moodiness that was probably already somewhat dated by the late 2000s and, possibly as a result, was not particularly well-received. The name immediately conjures hints of a Buffy throwback, and the quirky gothic style has earned similar comparisons. The film is dark (literally…it was hard to see what was going on) and often disorienting, but captures the ambiance of a shadowy fairytale dream, complete with a cozy wooded den and tamed forest creatures.

I must admit, one thing that always bothered me about “Beauty and the Beast” was the expectation that Beauty should look past the Beast’s frightening exterior and find the good person underneath (despite the fact she was forced to live with him as a human ransom payment).