The Final Four: Celebrating The Four Most Memorable, Butt Kicking, and Formidable Final Girls in the Friday the 13th Franchise 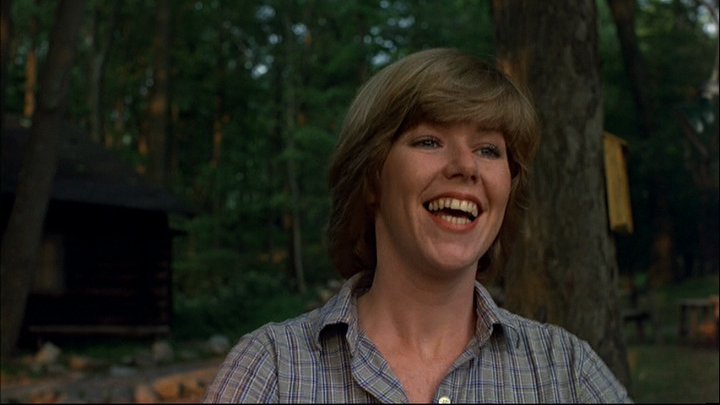 Tommy Jarvis take a seat because this list is for the pioneering ladies of the macabre only. In honor of Women in Horror Month, Morbidly Beautiful ranks those resourceful Final Girls who have all thwarted the evil Jason or Pamela in their own unique ways.

Yes, it took much more than feminine wiles for these brainy beauties to survive the wrath of Momma Voorhees and her serial killer son. Jason really got the short end of the stick though as he had to duel with both a super-powered telekinetic and a female Terminator. 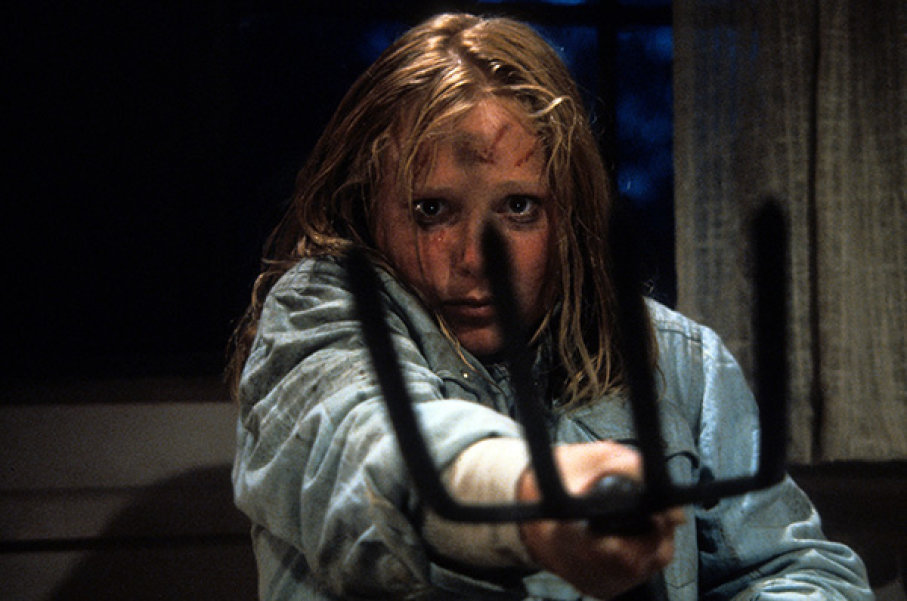 Actress Amy Steel’s child psychology-studying Ginny holds the honor of being the very first Final Girl to face off against the nefarious Jason Voorhees (Warrington Gillette) in Friday the 13th Part 2 (1981). Sure, Jason is wearing a potato sack on his head, but it’s all about form over fashion. Wait, what’s wrong with you, boy?

But that morsel of hilarity does not take away from Jason’s blood-thirsty compulsion for retribution and carnage. Trapped in Jason’s inhospitable shack from hell – complete with a heinous trophy room sporting several corpses and Pamela Voorhees’ (Betsy Palmer) severed head – Ginny dons Mrs. Voorhees’ bloody sweater to confuse her attacker. Gross!

While her beau Paul (John Furey) wrestles with Jason, Ginny takes the machete and delivers the death blow to the maniac that saves the day. The ending is very confusing though, as Ginny is loaded into an ambulance all by herself. Where did Paul go?

But regardless of how you look at it, Ginny survives Jason’s original scourge on Crystal Lake with or without Paul. Ginny 1, Jason 0. 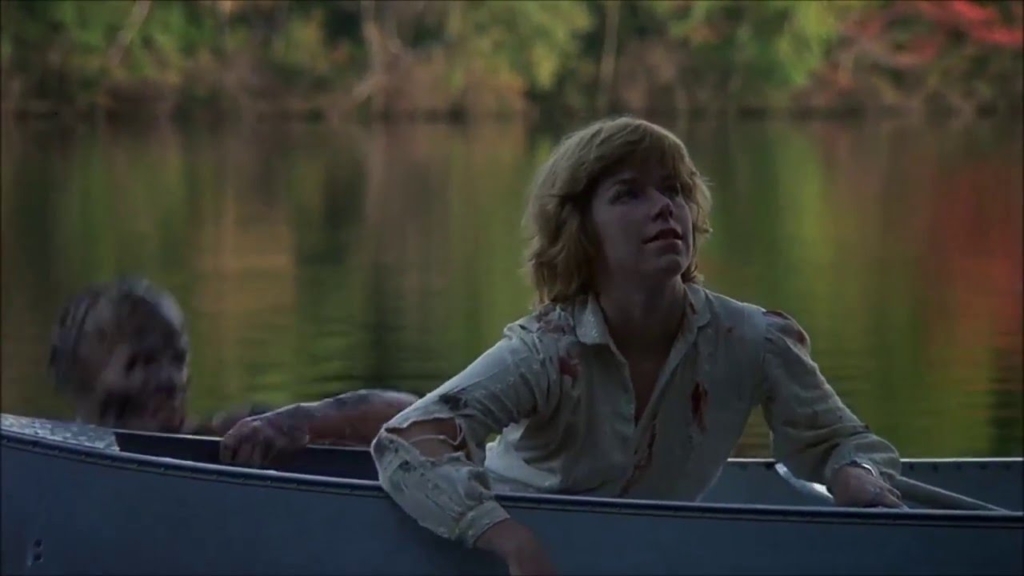 Meet the first Final Girl to survive a Friday the 13th film: Alice (Adrienne King). In filmmaker Sean S. Cunningham’s seminal horror flick Friday the 13th (1980), former Crystal Lake cook Pamela Voorhees is pissed off beyond belief and for good reason. Her young son Jason (Ari Lehman) drowns while the negligent camp counselors, who are supposed to be watching the children, are having sex. And what a crazy domino effect it has on those who dare to set foot on Crystal Lake’s campgrounds afterward.

After several murders, and subsequent attempts to shut down the venue, Steve Christy (Peter Bouwer) has the inspired idea to open the summer camp back up anyway. Wait, what? But what about the blood and the body count that’s mounting? Nah, it’s probably safe, Mr. Christy.

Surprisingly, all the new employees systematically succumb to Momma Voorhees’ blind rage. Go figure. The victims include a young Kevin Bacon in one of his earliest film roles and Harry Crosby who is the son of classic crooner Bing Crosby.

Alice makes it to the film’s conclusion where she faces off against Mrs. Voorhees. After an impassioned battle, Alice grabs the machete and goes all “off-with-her-head” on Mrs. Voorhees. Alice severs Pamela’s head before boarding a boat and drifting onto the lake for an unexpected swim with Jason (Ari Lehman). Fortunately, the tussle with Jason is just a dream and Alice survives the massacre.

However, Alice’s luck runs out in the first sequence of Friday the 13th Part 2. Surprisingly, Jason has amassed enough cleverness to track down Alice – to a whole new town nonetheless – make crank phone calls and sneak into her little dwelling and drive a screwdriver through her skull. Who knew Jason was so intelligent? It must have been all those years of living alone in the woods!

And if that wasn’t bad enough, realism definitely took the day off here. Let’s all address the fact that Jason is suddenly an adult just a few months after the events of Part 1. There are some glaring holes in Friday the 13th franchise, but Alice’s legacy lives on even if she was offed in the first few minutes of the sequel. 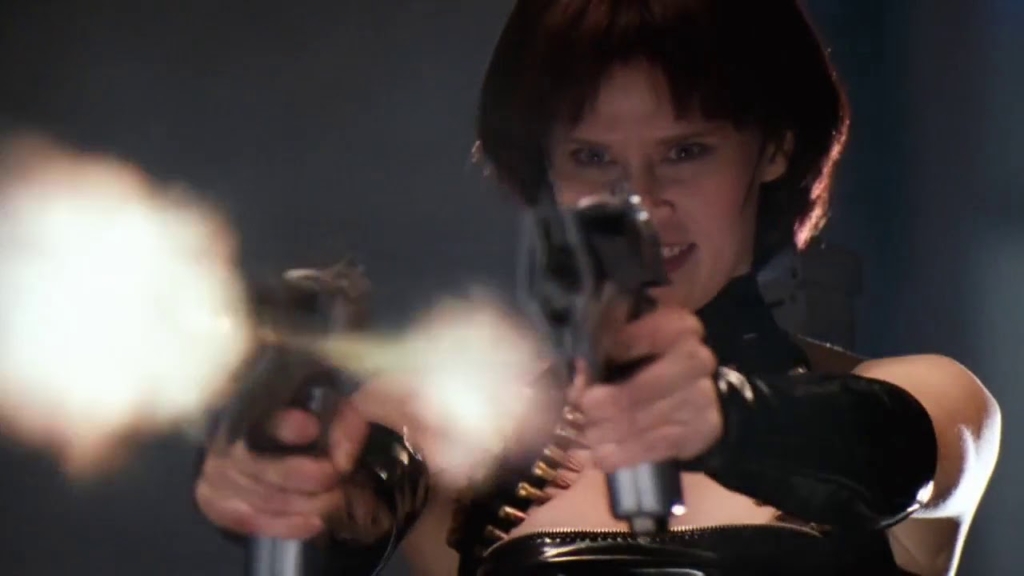 Jason X (2001) is arguably one of the worst horror movies of all time, but fanboys and girls everywhere got to see their favorite hockey-masked serial killer mix it up with a female Terminator. In the future, Jason Voorhees (Kane Hodder) ends up in space. Yes, somewhere in the world – presumably California – a room full of executives green-lit this ludicrous idea.

However, one of the bright spots of the film is Jason’s battles with the android known as Kay-Em 14 (Lisa Ryder). During their first fight, Kay-Em plays possum when Jason hurls his machete into the android. Jason thinks she dead and is stunned when Kay-Em unloads her futuristic machine gun on the normally unstoppable Mr. Voorhees.

After a few rounds from her space pistols, Kay-Em goes all Jason Statham on Voorhees. Following another salvo of her machine pistols, which tears off Jason’s right arm, Kay-Em pulls out a machine gun even Arnold Schwarzenegger would have trouble carrying; Kay-Em blows off half of Jason’s face. The android has won! Or has she?

Unfortunately, Voorhees later upgrades to Uber Jason when the computers malfunction and rebuild his broken body. The rematch is short-lived between the now steroid-induced Jason and poor Kay-Em. Jason knocks her block off – literally! All Kay-Em has left in the end is her head, but she still survives the film. In her case though, Kay-Em wouldn’t be back. Thankfully, there was never another Friday the 13th meets 2001. What a waste of a cool character though.