Posted by:
Tags:  filmmaker Get My Gun Jennifer Carchietta women in horror

“Jennifer Carchietta is a writer & producer living in New York with her partner and rescue pitbull. She has a BA in Film and English Literature from Hunter College in NYC, a MS in Counseling and MSed in School Leadership. She and her partner, Brian Darwas, jointly created six award winning documentaries before they crossed into the world of narrative film making. Together they created Tragic Bus Films where she wrote and produced GET MY GUN, an exploitation horror film which debuted on the festival circuit this past October. Tragic Bus is currently in the early process of fleshing out their next indie horror with a sci-fi slant. Jennifer Carchietta is a strict vegan and an avid collector of 35mm and 16mm exploitation and horror film prints from the 1960s – 2000s.“ 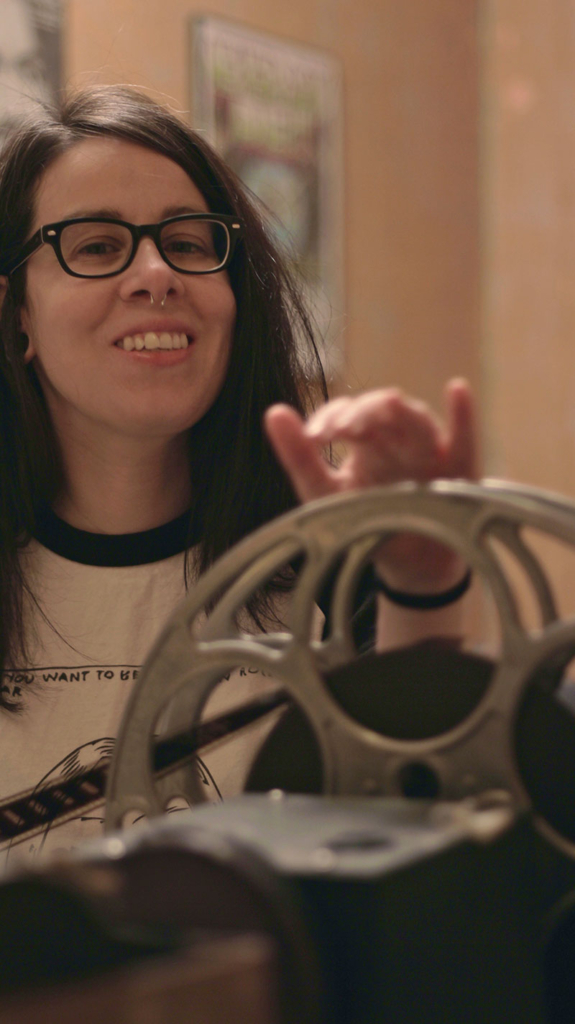 Back in college I was a film and English major. After graduation, I originally went a route different than film. Brian and I met while working on a documentary and from there, formed a partnership where I produced and he directed 6 documentaries together. At the same time, my brother was producing and writing indie horror films which gave me an insight into that world. At some point a few years ago we decided to cross over to narrative story telling. I co-wrote GET MY GUN with Brian and we continued our partnership where he directs and I produce. We work really well together in that configuration. 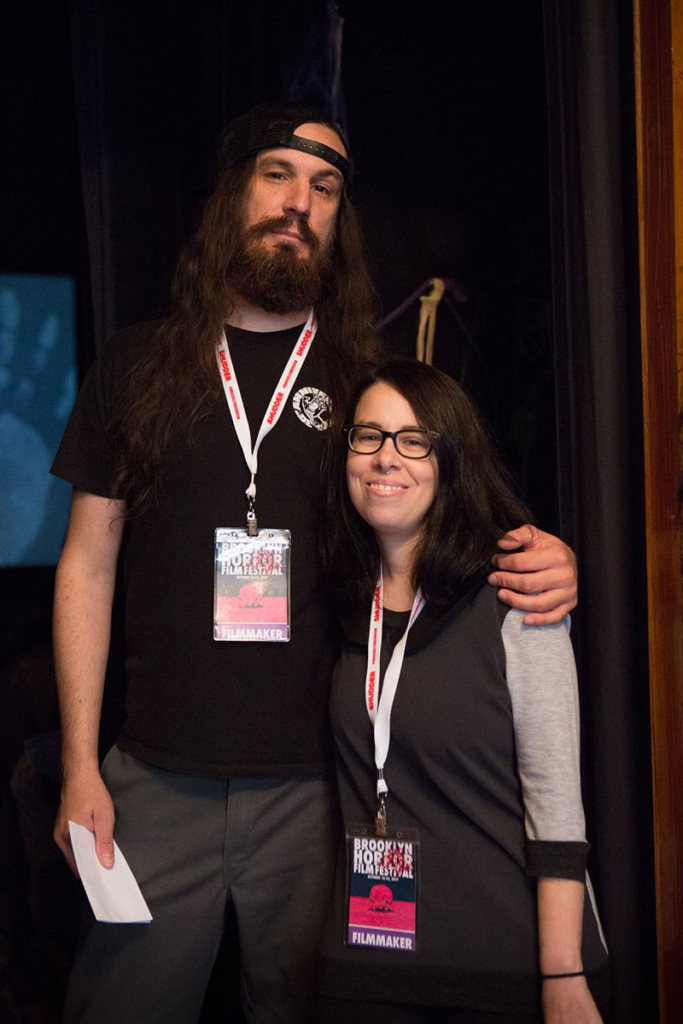 I have to say Adrienne Barbeau. Two big films for me growing up were CREEPSHOW and THE FOG. I remember very distinctly sitting in the theatre watching Barbeau in The Crate segment thinking, “This is the funniest woman I’ve ever seen”. And I thought she was the coolest D.J. in a lighthouse in THE FOG! ESCAPE FROM NY, SOMEONE IS WATCHING ME, and CANNONBALL RUN were amazing too. She was never afraid to give her characters a certain toughness and intelligence. She was beautiful and sexy too, but Adrienne always played them intelligent first. It wasn’t until years later I learned that she was the computer’s voice in THE THING. How can you not love that? 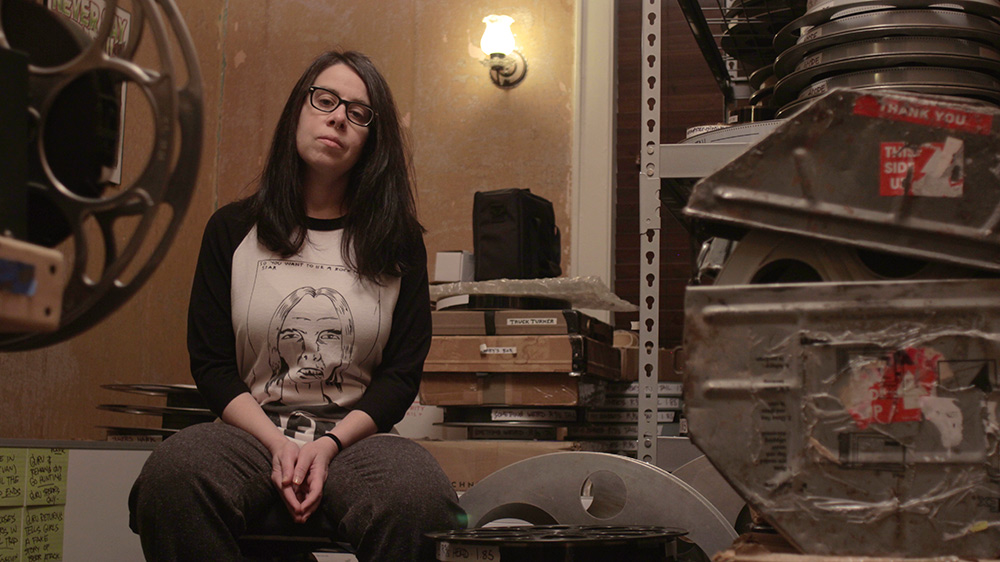 I first saw the original TEXAS CHAINSAW MASSACRE when I was young.  My mother took me to see one of its many re-release screenings. Then when the home video boom happened, it was a frequently rented movie in my household. As I got older and learned more about it, I was fascinated that a group of people could just go out, shoot a movie, and have success outside of the Hollywood studio system. Tobe Hooper and his crew created something really special. The simplicity of that film- it is almost like watching a documentary. I remember feeling such a connection to those four friends as they traveled in that van and the dread that unfolds is real. Camera shots, angles, sound design and set dressing: it is almost a perfect horror film in my eyes.

I’m attracted mostly to intelligent character driven plots. Movies where the characters are real people that you can actually relate to, who have real issues and struggles. The characters need to be both funny, and resourceful. Unlike most of the two dimensional characters that are so prevalent in some bigger budget films. Not that there is anything wrong with the women who run screaming into the basement right after having sex, but it’s just not what I want to work on right now. 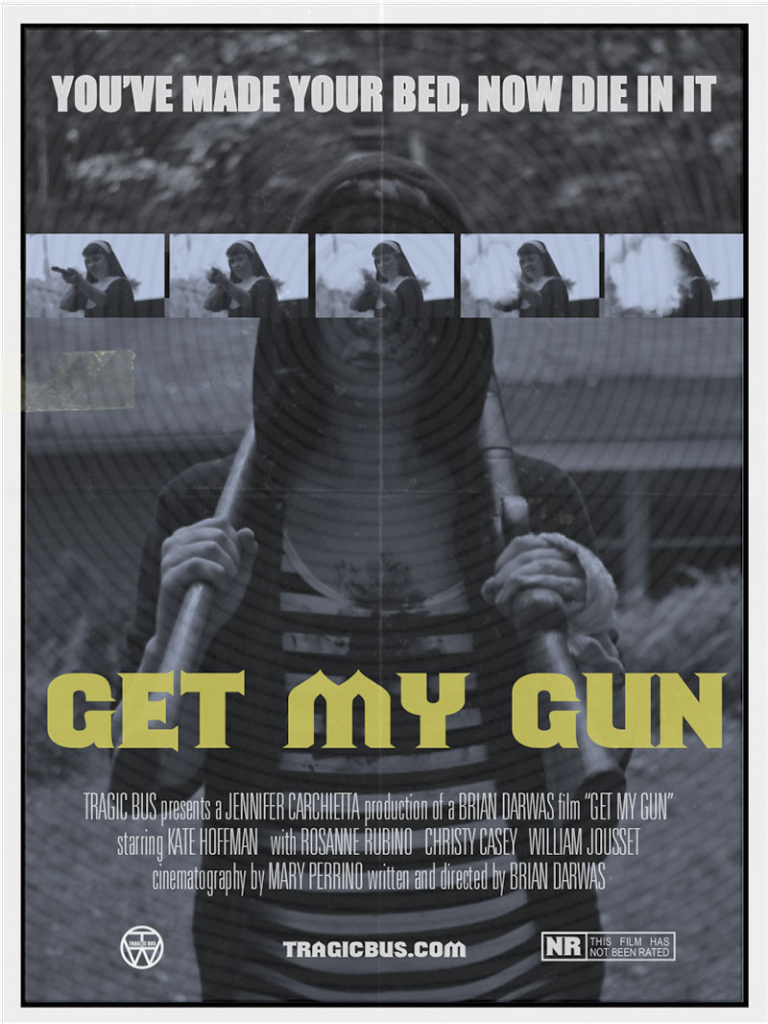 There’s never been a shortage of women in front of the camera, especially in the horror genre. Now, there are more women taking on creative roles behind the camera. More women in special effects, sound design, cinematography, screenwriting, etc. . . . This is really exciting.

GET MY GUN is still playing festivals and we’re still in talks to land distribution and bring it to the widest audience possible. Brian, GET MY GUN’s director, is currently working on two scripts which I will produce. One is more supernatural in its themes, which will be interesting. I’ve always been drawn to slasher type films where the event could actually unfold in the world we live in. I’m excited to be able to have a little more creative liberty with situations outside the scope of reality. 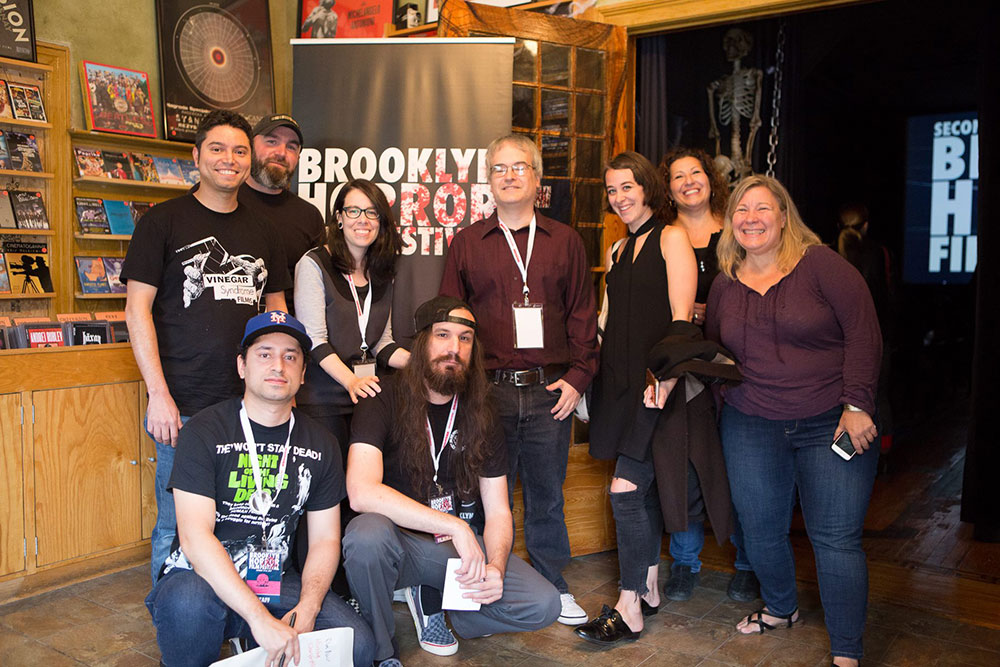