The Body Count Continues: We Celebrate the Legacy of “Friday the 13th Part 2” on the 40-Year Anniversary of Its Release. 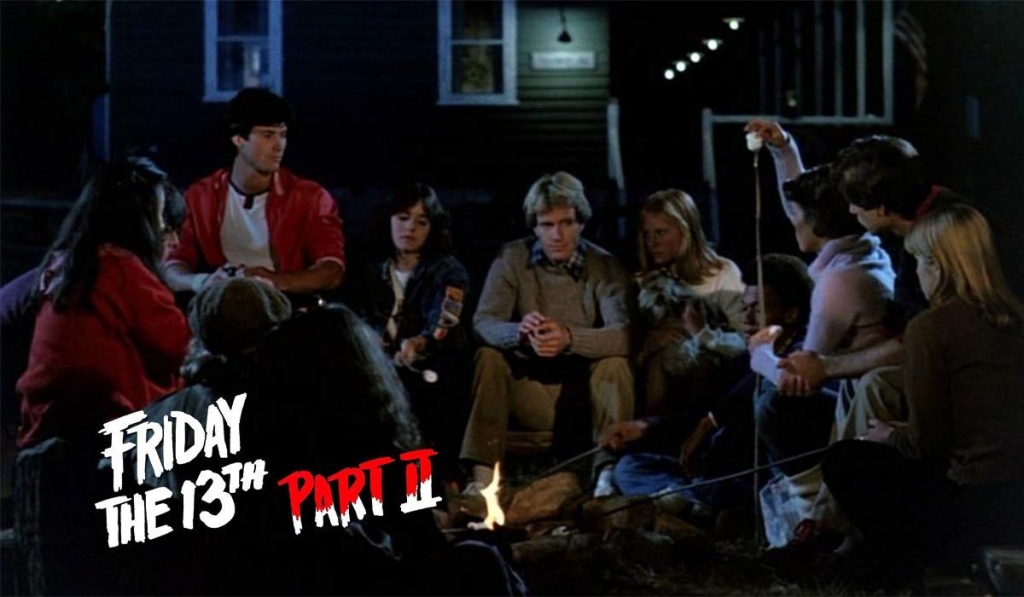 Following the watershed success of Sean S. Cunningham’s Friday the 13th (1980), the sequel picks up five years later to present a brand new group of camp counselors — except, this time it’s a little bit different. OK, maybe it’s not that different. But Friday the 13th Part 2, which celebrates its 40th anniversary this year (released on this day, May 1st, 1981), still manages to have a whole lot under its sleeve.

Sure, the sequel loses a little bit of that “whodunit” perspective that the original film has. But, if anything, it doubles down on the terror by presenting the killer right from the very beginning.

The threat of Jason Voorhees is present from the start as the film catches up with Alice (Adrianne King), the lone survivor of the first film, and follows her life post-Camp Blood in a marvelously effective prologue scene that ramps up the tension with moody Steadicam shots and an unnerving sense of dread, ending with a still shocking moment.

The introduction of the new camp counselors sets up the film’s dynamic in an effective way, although the baffling decision to open a new Camp right next to Camp Crystal Lake a mere five years after the horrific events of the first film really adds to the unhinged tone of this sequel.

The arrival of Ginny (Amy Steele) also signals the emergence of one of the franchise’s best characters. 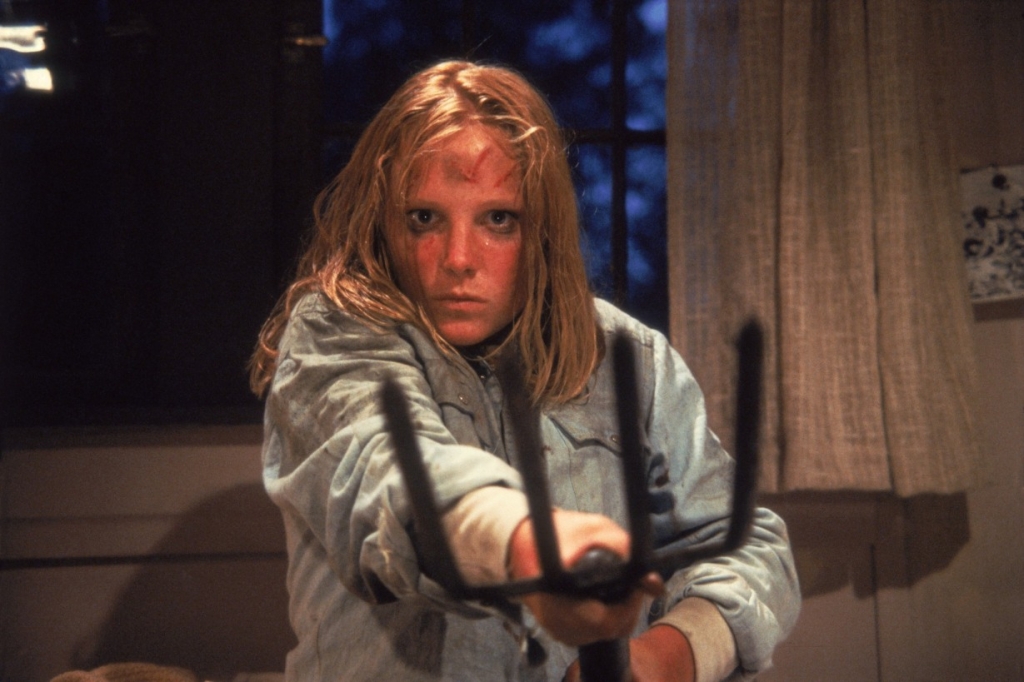 Next to Tommy Jarvis and Alice, Ginny has always been one of the “fan favorites” of the franchise because of her fantastic characterization.

Steele’s Ginny, with her background in child psychology firmly established early on in the film, provides one of the best confrontations with Jason.  All of that is perfectly set up at the start of the film, ensuring a genuinely earned and satisfying payoff at the end of the film. Not only does the film portray her as a more than capable rival for ‘Sackhead Jason’, but she survives by relying on her wit and intelligence to outsmart the film’s big bad.

Ginny is a standout among the “Final Girls” of several other Golden Age-era slasher classics because of her sharp characterization.

The best example of this is her final confrontation with Jason. Yes, there is a terrifying sequence in which Jason stalks Ginny. But as soon as she sees the shrine to Jason’s murdered mom, Mrs. Voorhees (Besty Palmer), she immediately puts everything together. She reacts believably and decisively. 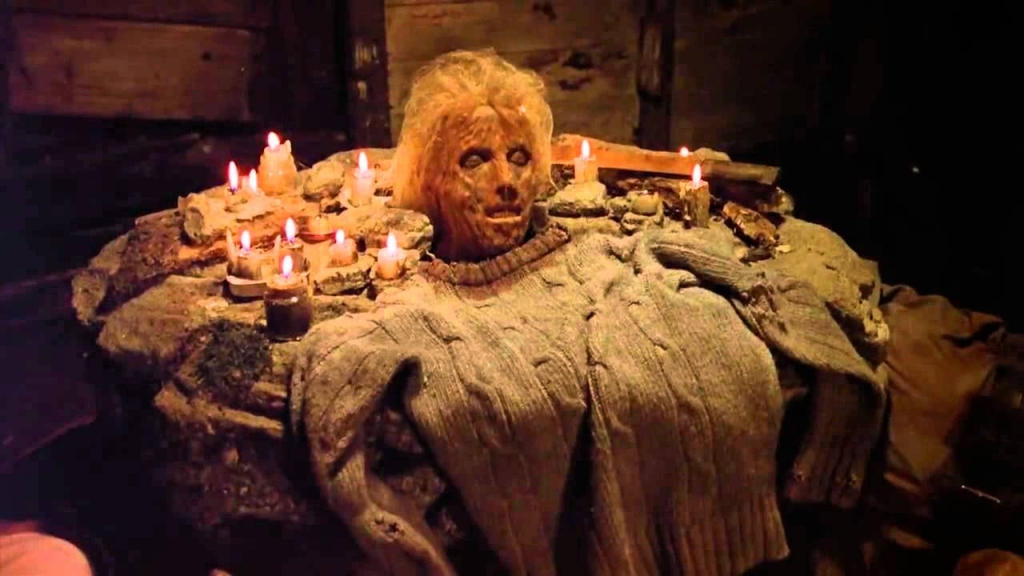 Instead of freezing, she works out a clever way to get out of her deadly predicament.

Rather than confront Jason and immediately attack him head-on, knowing she’s no match for his brute strength, she instead decides to manipulate him by impersonating his mom and intimidating him into submission.

It is a small moment that speaks volumes to her self-reliance and survivor instincts but one that continues to show why, after 40 years, Ginny remains one of the franchise’s best “Final Girls” — and one of the best of the genre.

While Ginny is certainly one of the sequel’s greatest assets, the character is by no means the film’s only strength. 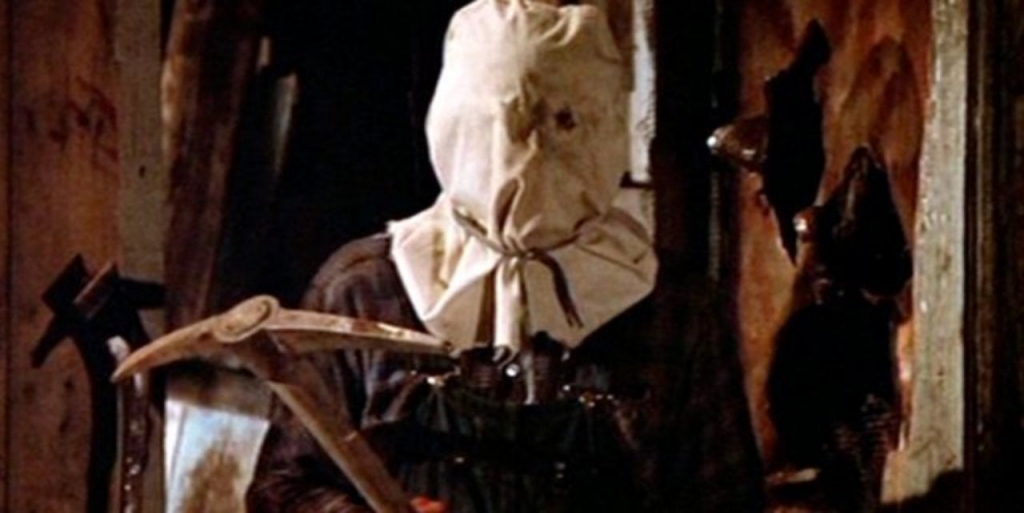 Director Steve Miner (Halloween H20) builds upon the great foundation laid by Cunningham, imprinting his own unique style on the franchise and raising it to a new level.

A little bit of that great and grainy visual style of the first film is replaced with a sharp, bright, and evocative cinematography that is a little less Psycho and a little more Giallo. The opening sequence, with its long takes and ominous sense of dread, recalls the opening scene of John Carpenter’s Halloween, informing much of the style that Miner adopts for the film.

Sure, this sequel is bigger and glossier than the first film. But we also get long, drawn-out sequences based purely on suspense and terror. That excellent use of suspense is evident in scenes like the full reveal of Jason.

After the shocking death of two of the counselors (which itself serves as a reference to a classic Italian Giallo, Mario Bava’s Bay of Blood), Miner ratches up the tension by having Vickie (Lauren-Marie Taylor) wander around the cabin looking for her friends. The suspense reaches dizzying heights once she enters their room and comes face to face with the terrifying killer, Jason Voorhees.

The reveal of Jason, shot in an almost disturbing close-up, ratchets up the tension with a prolonged shot of just his knife, creating unbearable suspense for the viewer.

To add to the great sense of atmosphere and suspense, Miner relies on the legendary composer Harry Manfredini. 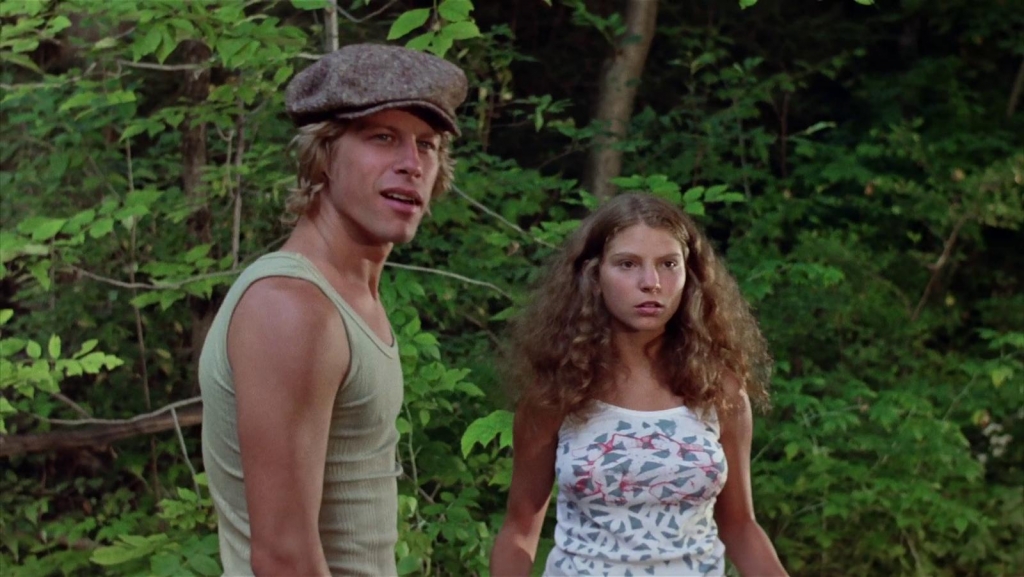 Manfredini masterfully builds on his memorable score from the first film.

With a continued emphasis on horns and strings, the score adds a haunting level of unease to the film that perfectly accompanies Jason’s revenge-fueled odyssey to avenge his mother. The scenes at the cabin have a mournful, reverential, and eerie melancholy that shows why Manfredini’s scores continue to resonate throughout the franchise after so many years. The iconic end of the original film even gets referenced, and Manfredini’s music helps craft a pretty indelible sequence that pays off in spades at the very best moment.

Armed with a solid script by Ron Kurz — which continues, expands, and develops the plot of the first film with a wonderfully creepy introduction to adult Jason — and effe