In the time it takes to watch one episode of a sitcom, you can discover three amazingly unique, compelling, and diverse horror stories.

After a short hiatus, “Fright Bites” is back!

My name is Berlyn Nikolunauer, and I’m thrilled to be the new Short Horror Editor for Morbidly Beautiful. I’m looking forward to taking you on a monthly journey of discovery to find some of the best bite-sized genre content from up-and-coming filmmakers.

It’s officially Summer, and the kids are out of school for summer vacation — ready to wreak unrestrained havoc on the world. And if there’s one thing we know for sure, it’s that kids are creepy! So, we’ve got a couple of great horror shorts featuring some very talented young creeps. plus one seriously spooky space tale.

The Erl King tragically begins with a car accident involving a young boy and his father. We soon realize this fatal incident was intentional. Seemingly fortunate, the boy, Alfie (Lewis Hyman), has survived the accident, unlike his father (Simon Victor) who caused it. Not quite as fortunate, Alfie features a large wound on his face to show the cost of his survival, and we soon find out he has been left with much more than just the physical wound.

At first, it seems he may be dealing with the trauma of not only losing a parent but having been in the same accident that killed his dad. We see Alfie possibly communicating with someone who isn’t there, leaving his mother (Louise Elliken) confused and straight-up frustrated.

The presence of his father is overwhelming, Alfie refuses to break free from this connection while his mother struggles to deal with this unbroken bond. We can sense her anger after almost losing her son to someone else’s decision. But as the name of the film implies, there is a stronger force lurking than just ghosts of bad dads.

Heartbreaking and eerie, The Erl King is an archetype of sorts, the mad patriarch who thinks he knows best and the exhausted mother who can’t force the same bond with her son.

Struggling to distinguish reality from desire, dreams from hope, The Erl King shows us the pain and anguish of a shattered family. A woman who must surrender in order to move forward. A sacrifice that becomes an uncomfortable and devastating truth after losing someone close to you, and the forces of nature that we can’t defeat.

Check out The Erl King — directed by Callum Windsor and written by Windsor, Charlie Parkin, and Marisol Suarez — and see what you make of this creepy reality: 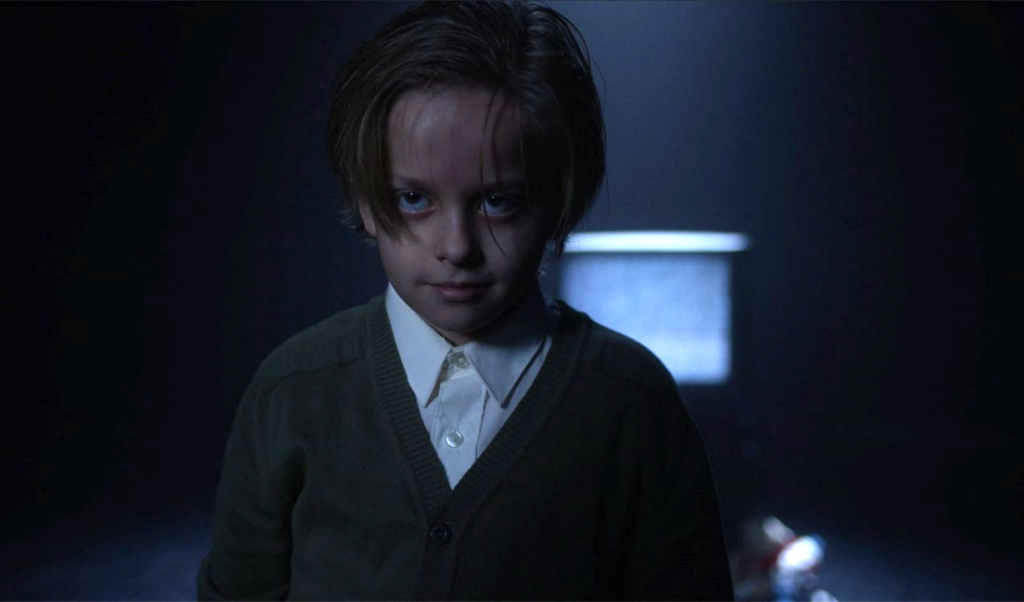 Crypt TV has made its place in the horror universe as a go-to for quick, clever scares, and Let Me Play is no exception.

Featuring some of life’s actual horrors, it opens on a sibling rivalry. Grace and Mark (Lucas and Juliet Toll Luchsinger) are left at their Nanna’s for the evening, and they are very much like most siblings who struggle to get along. When the prayer over their microwaved dinners doesn’t go well, Grace is sent to a room where she is forced to apologize to Jesus. Feeling frustrated and misunderstood, we might be able to relate to this young character… until the ghost child arrives to keep Grace company.

We’re soon trying to figure out if this is a story about a haunted house or a young tormented child.

Closing with a brutal ending, we learn that while most ghosts can’t cause physical harm, some of them find a way.

From writer/director Andrew Bell, Let Me Play is well-made and complete with wonderful performances from young talented creatures. 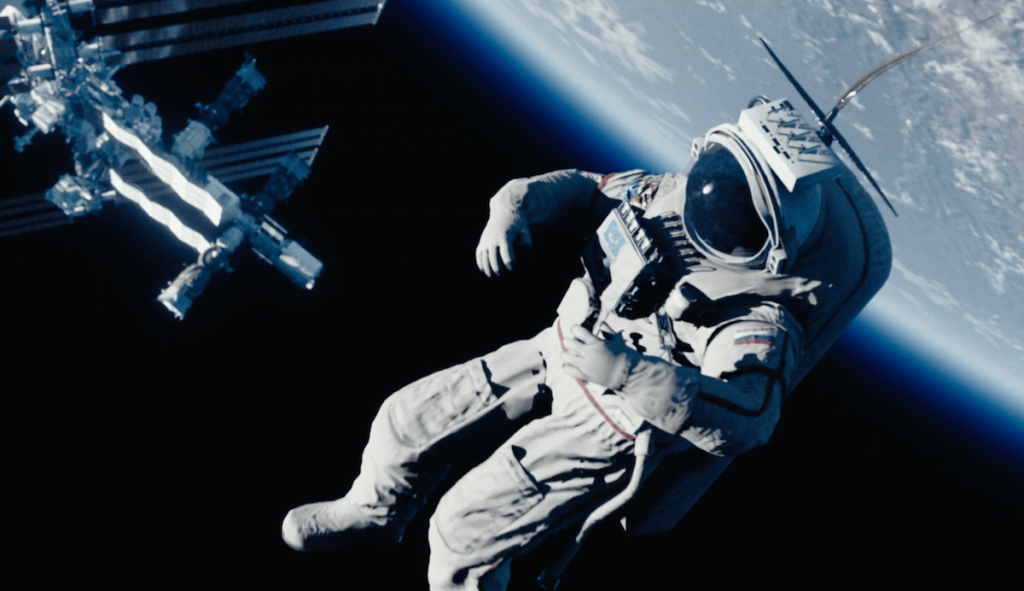 Opening in a style reminiscent of a historic documentary, Decommissioned immediately proves that it is going to lure you into its web of believability.

After educating the audience about an experiment that left an empty spacesuit on its own to explore and eventually dissolve into the nothingness of space, we almost want to assume that this really may have happened.

At this point, writer/director Josh Tanner seems fully aware of the vulnerability that has been created and manages to exploit it by placing the next scene on a small space station with the dedicated and immediately likable Commander Diaz (Joey Viera).

Diaz is hard at work when he spots something out the window. He seems pretty concerned, considering this is space. And, while there might be all types of foreign materials out there, other human forms aren’t as expected. Things quickly go wrong for this small space station and its crew, but I encourage you to discover exactly what that means for yourself.

Decommissioned is a delightful piece of space horror. Created for the Unreal Engine Short Film Initiative, Tanner really delivers a terrific piece that is compact, visually pleasing and offers an isolated and intimate kind of fear.