At under 20 minutes, this sci-fi double feature offers up a short but very satisfying bite of impressive genre content well worth your time.

It’s August, which not only means the smell of spooky season is in the air, but it’s also time for another round of amazing short films you should check out! This month, I’ve focused on some science fiction pieces. From a mini tragedy that shows the wildly cool possibility of technology allowing people to reconnect with a loved one, to a body horror that follows a woman who has the chance to plug herself directly into the web.

Both films together take less than 20 minutes to watch (hardly any of your time), so head over and give these filmmakers some deserved attention! 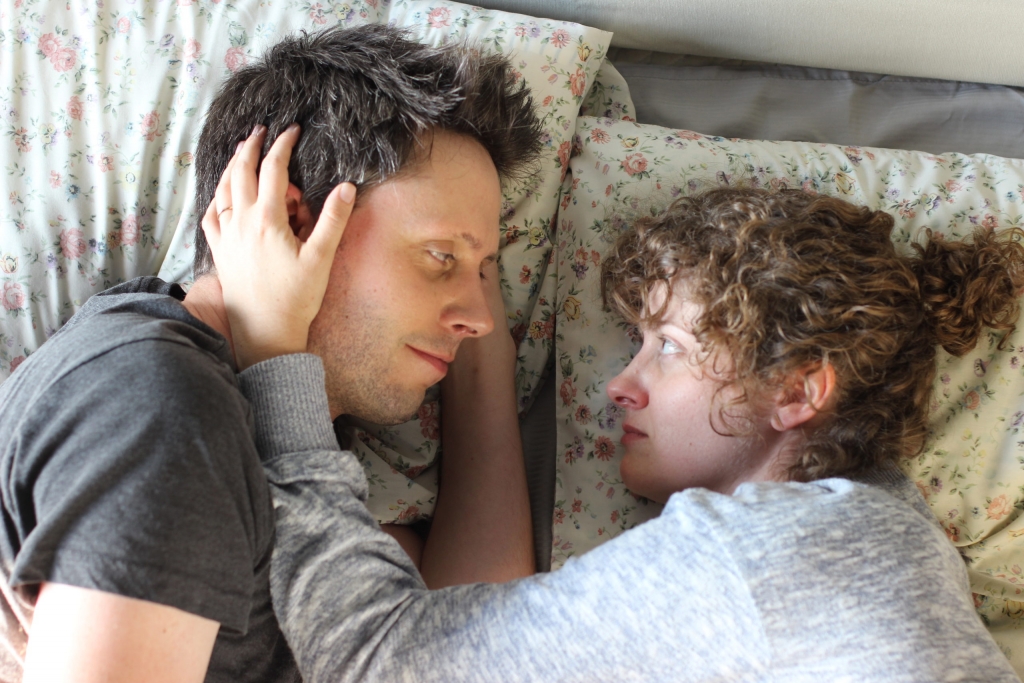 It’s Okay begins with a perplexing plot as we watch a couple experiencing all of their best moments together. As the film begins, we see the couple discussing having a baby while laying in bed, then the scene switches to an earlier moment where the two are about to meet each other’s parents. By the time we’re watching them re-live their first date, it’s apparent the couple is in some kind of virtual reality.

While on what is clearly a first date, the man, Alex (Stephen Laferriere) apologizes to the woman, Cam (Audrey Flegel), for not remembering what he ordered. At this point, it starts to seem like they are doing more of a re-enactment than sharing a memory. The couple is there together, acknowledging each other, but the people surrounding them become mere characters while Alex and Cam have these significant moments from their relationship together.

The horrifying truth of the couple’s true reality comes to light by the end of the film, with an unfortunate but touching conclusion.

Along the lines of dystopian, science fiction, It’s Okay explores a future that is both heart-breaking, yet peaceful.

It begins with Kate (Elena Saurel) scratching incessantly at her arm. Just getting grosser and grosser, she keeps scratching at this spot on her arm that is clearly becoming irritated and possibly, infected.

Just as we’ve had enough of the scratching, she reveals a USB port right there on her arm. A whole world of possibilities presents itself to Kate, who immediately decides to try to plug herself in.

She finds out that she can upload new information into her mind, and when she unplugs herself she suddenly has the knowledge she just uploaded. Right after her first upload, she finds she’s able to speak fluent French. Of course, everything comes at a cost and this is still a horror short after all.

She gets carried away with all the new information she wants to upload and she quickly learns that she (like most machines) can only hold so much data. When she decides to simply delete some old files to make room for the new, her plans take a sudden turn.

Is it possible to simply drag some of your memories and thoughts over to a recycle bin?

Find out what happens when the power of knowledge becomes too much in Eject.