While the world demands justice for Britney, and victimized females everywhere, the movie of the week (Feb. 7-13, 2021) is “Promising Young Woman”.

WHAT HAPPENED THIS WEEK?
“We Are Sorry Britney” trends on Twitter for days following the release of Framing Britney Spears, a documentary examining the shameful scrutiny the singer has faced in the media.  Justin Timberlake issued an apology to Spears and Janet Jackson for “missteps” he says contributed to “a system that condones misogyny and racism.” And after public accusations of abuse against Marilyn Manson, his label dropped him, but Phoebe Bridgers calls that performative activism — claiming they enabled his bad behavior for years. Finally, former feminist icon Joss Whedon, is now under fire for creating a toxic work environment and practicing “casually cruel” misogyny. 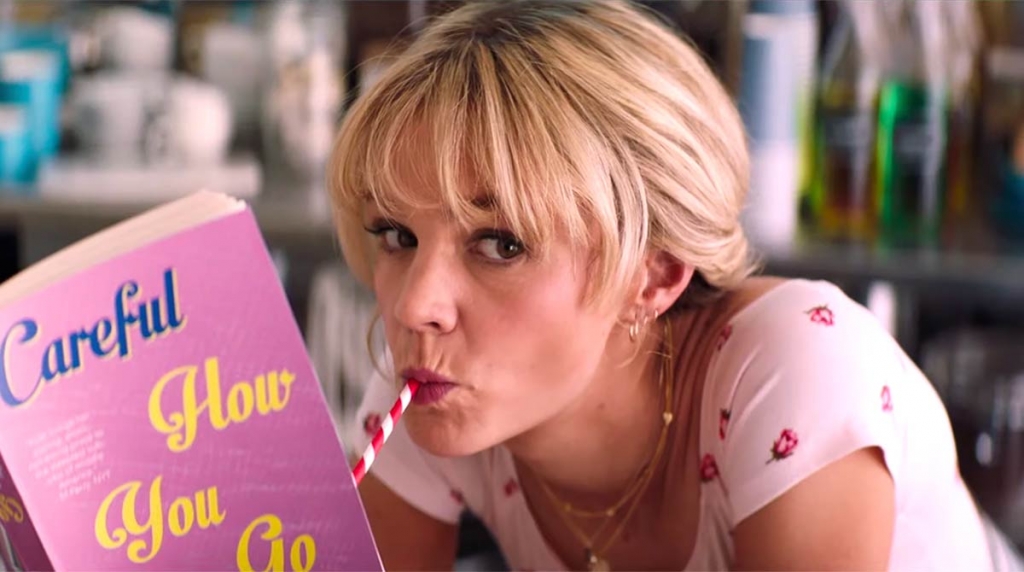 Margot Robbie served as a producer on the film about consent, victimization, and accountability. It stars Carey Mulligan as a woman haunted by a traumatic event from her past that derailed a promising career in medicine.

Promising Young Woman received strong critical acclaim when it opened on December 25, 2020. But a controversial review of the film that ran in Variety is still causing a backlash. Mulligan spoke about Dennis Harvey’s review in a New York Times interview. Harvey described Mulligan as “a fine actress” before going on to say that she’s “a bit of an odd choice as this admittedly many-layered apparent femme fatale.”

The review seemed to imply that Mulligan had been miscast because she wasn’t, as Mulligan muses, “hot enough to pull off this kind of ruse.” Harvey also wrote that perhaps producer Margot Robbie would have been a more logical choice.

Mulligan was hurt and infuriated. 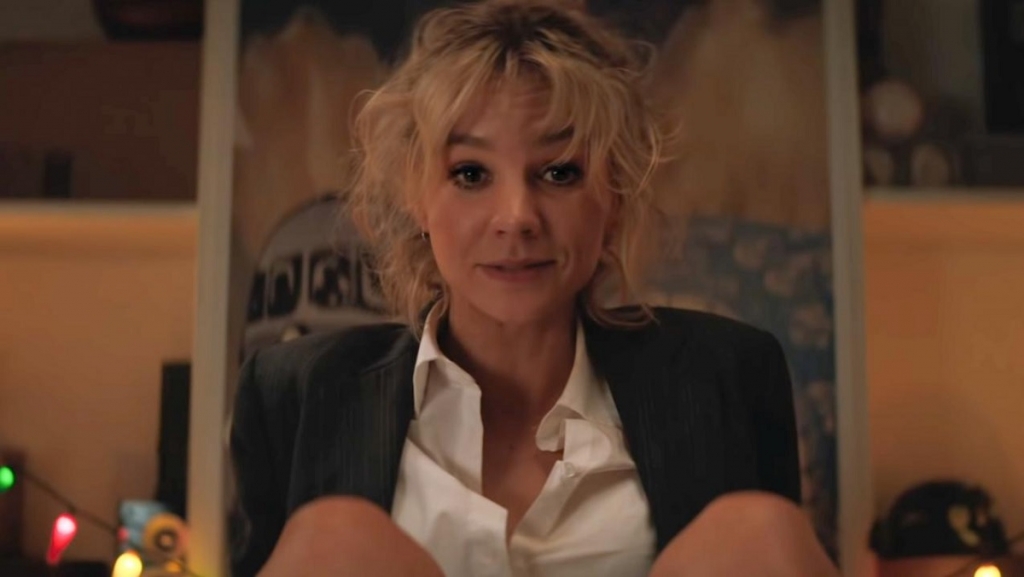 Promising Young Woman tells the story of a disaffected, 30-year-old woman named Cassie (Mulligan) who seeks to avenge her best friend, Nina. While the two women were in medical school, Nina was raped at a party. After the school and legal system failed her, Nina and Cassie dropped out, leaving both women’s lives irrevocably damaged.

Still living with her parents, perpetually single, and working a minimum wage job at a coffee shop, Cassie’s life is purposeless, save for a singular focus. She’s now a woman on a mission, seeking justice for vulnerable women like her friend Nina who are taken advantage of by so-called “nice guys”. As part of her crusade, she regularly gets dressed up and goes to clubs, pretends to get near blackout drunk, and waits for a man to offer to take her home.

One inevitably always does.

Depressingly, the scene is always the same. The man seems to genuinely care about her well being. He knows all too well how dangerous it is for an attractive, single woman in a compromised state. He’ll make sure she gets home safely. But, first, just a little stop-over at his place. He tells her how beautiful she is. As she passes out on the bed, he equates impairment with consent. But just before he can assault her, she sits up and reveals she is very much in control of the situation. 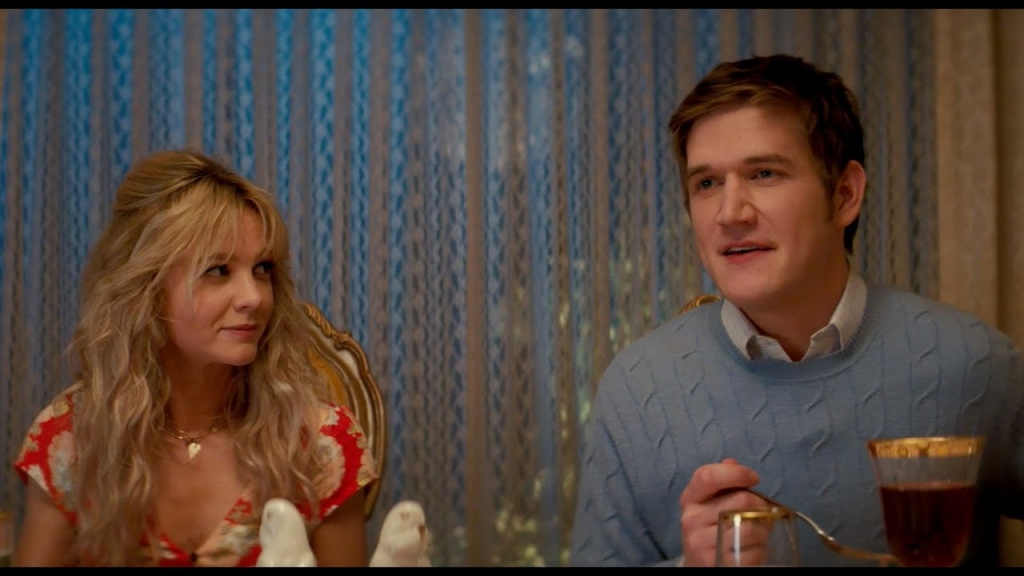 Cassie racks up an impressive number of victims, keeping track of her ‘conquests’ in a notebook. But her operation is complicated when former classmate Ryan Cooper (Bo Burnham) comes back into her life. Having spent so much time laser focused on punishing bad men pretending to be nice guys, Cassie struggles with her developing feelings for nice guy Ryan. After he catches her at a club one night, seemingly wasted and heading home with a strange man, she vows to give up the hunt.

Instead, she shifts her focus to punishing those directly responsible for Nina’s rape and subsequent suicide.

At this point in the film, Cassie doesn’t just take aim at the perpetrators of abuse, but rather all those who allowed it to happen: the friend who refused to believe the victim; the school dean who failed to properly investigate the reports; the lawyer who got charges dropped through harassment and scare tactics. The film makes a sobering point about the nature of abuse. The trauma of the event itself is often compounded by the feelings of shame and isolation that follow, along with the glaring failures of the justice system and the lack of genuine support for victims.

Everyone in the film has an excuse, a reason for failing Nina. Most of them have rationalized and justified their behavior, having long since moved on from the event — now a distant memory in their rearview mirror. But neither Cassie nor the film is interested in letting anyone escape accountability. 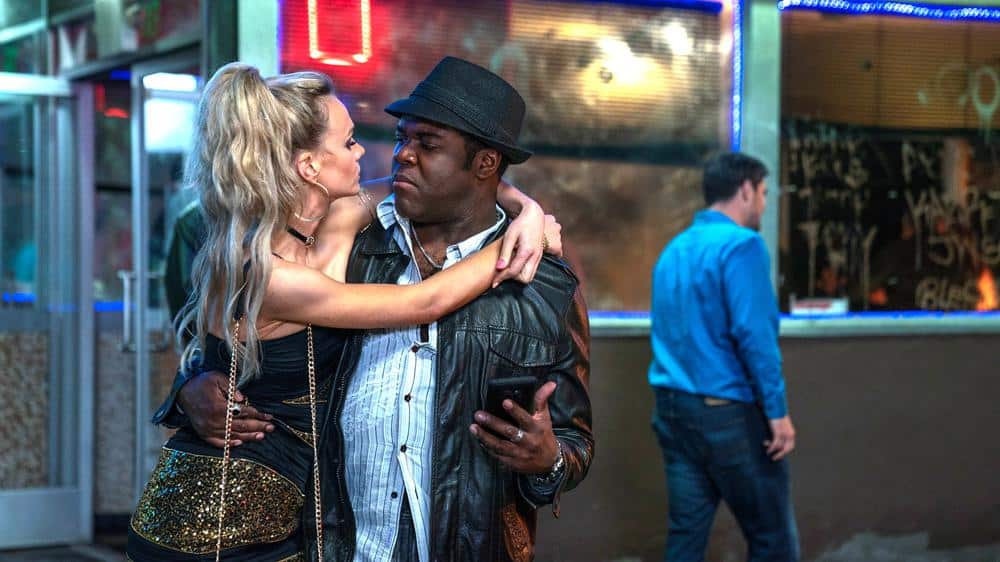 Carey Mulligan is astonishing in Promising Young Woman, bringing a stoic, often chilling determination as well as an achingly real humanity to her performance.

Mulligan was especially interested in being part of a film that explicitly examined cultural expectations about how women should look and behave. She is frustrated by the impossible expectations of beauty and perfection in the media, where women aren’t allowed to look normal or real anymore. And she often finds herself reading screenplays where the female character is introduced as someone who is “beautiful but doesn’t know it.”

“I kind of can’t believe it still happens,” she said. “But it does.”

During the nightclub scenes in the film, Fennell told all the men to act as though they were the heroes of their own romantic comedy, because it wasn’t that long ago that they would have been. Many of the most iconic comedies of the 80s now feel uncomfortably problematic when examined with a current lens. But just because we should know better doesn’t mean we always do better. Fennell explains that many people still don’t fully grasp the extent systematic misogyny and sexualization/victimization of women is embedded in our culture.

She explains, “I wanted to have a film that shows them, that’s sneaking it in the guise of something fun.” 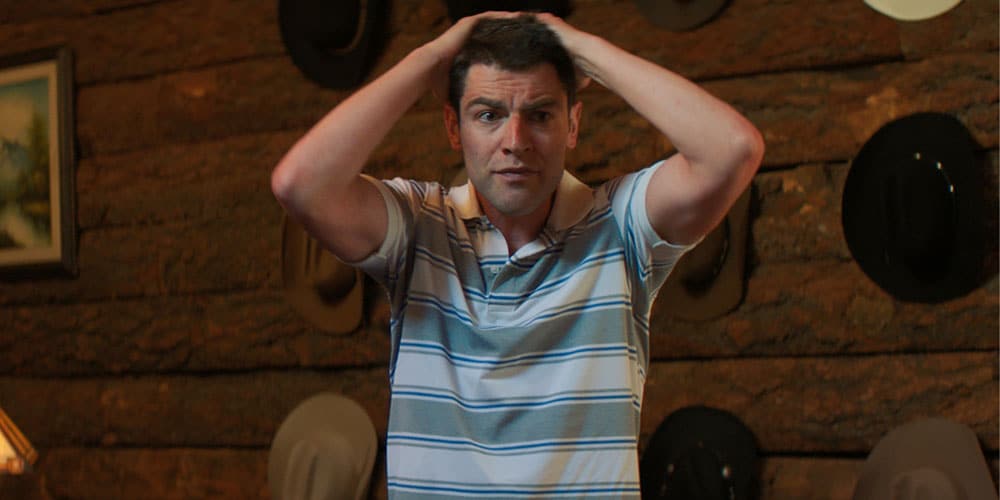 This isn’t a film about vilifying men. It’s about shining a light on the oppressive structures that harm women; asking us all to acknowledge our potential complicity in them.

The pervasiveness of rape culture, and the casual acceptance of sexual harassment that gave rise to the #MeToo movement, is not exclusively a male or female problem. It’s an entire system that bends over backwards to excuse male violence, while shifting the blame to the victims.

Promising Young Woman forces us to look at the ways which we might be complicit in injustice and asks us to do better. It’s a film that elicits strong reactions, and those reactions can be telling. Acknowledging such an ugly truth can be uncomfortable. But you can’t fix what you aren’t willing to face. 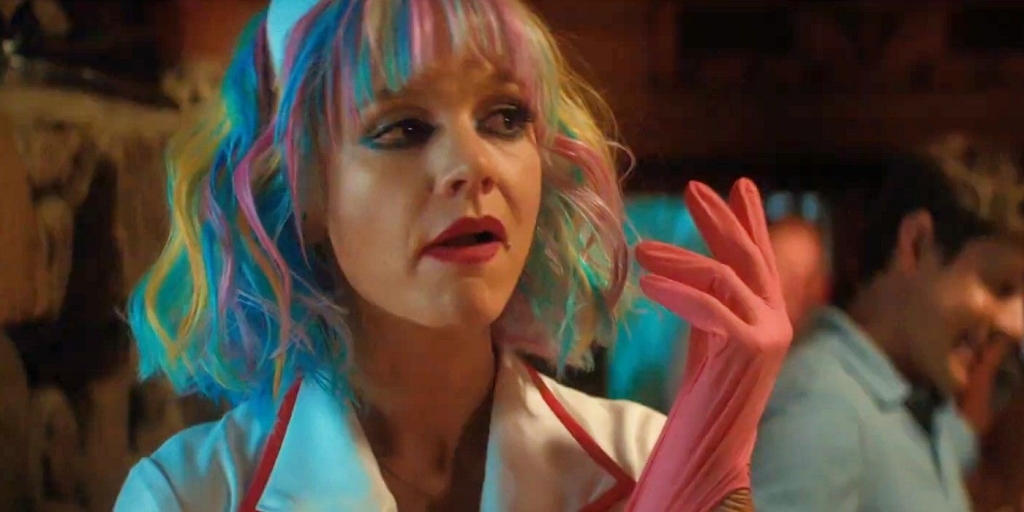 Jordan Peele’s Get Out was a pointed and brilliant response to the idea that America had somehow become post racial — that centuries of hatred and bigotry had been magically washed away in a sea of progressive unity. Millions of ‘well-intentioned’ white people celebrated the notion that we had finally moved past our ugly history.

While the film was a massive critical and commercial success, many slammed the satirical horror film for its “anti-white” and “racist” portrayal of white characters.

Get Out ruffled feathers because it exposed the hubris of liberal, well-educated white people. As bad as overt racism is, the ignorance and complacency of the “good guys” is just as dangerous. In much the same way, Promising Young Woman tackles misogyny and the system that allows it to breed and flourish. When the men in the film constantly assert, “But I’m a nice guy,” it’s undeniably vexing.

Promising Young Woman is currently available to rent on most VOD platforms for $19.99.