As ridiculous as it is, “Jack Frost” is a fun and entertaining Anti-Christmas film — filled with dark humor, creative kills and a very memorable villain. 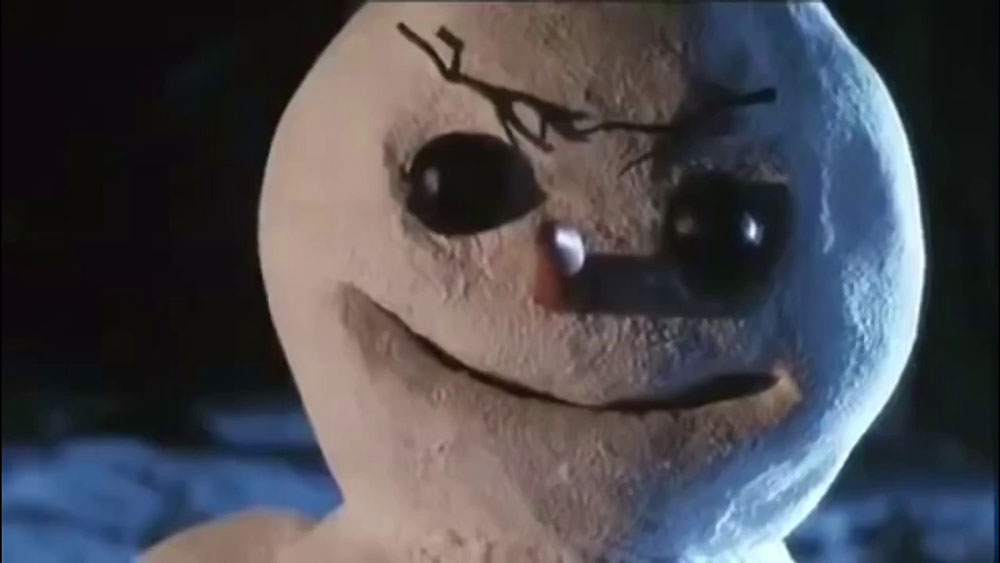 Okay, I will be honest, during Christmas, I shed my olive skin and turn green, like the Grinch. Yes, I still love family time and gift-giving activities, but sometimes, we go overboard in the holiday’s commercialization. The ads, the commercials, the push to live a fantasy of buying and doing the Christmas traditions.

That is why I have always had a secret yearning for anti-Christmas movies, and there isn’t a greater anti-Christmas film than Jack Frost (1997). Yes, I love the film. Okay, it’s low budget, corny and just weird, but there are points of brilliance. 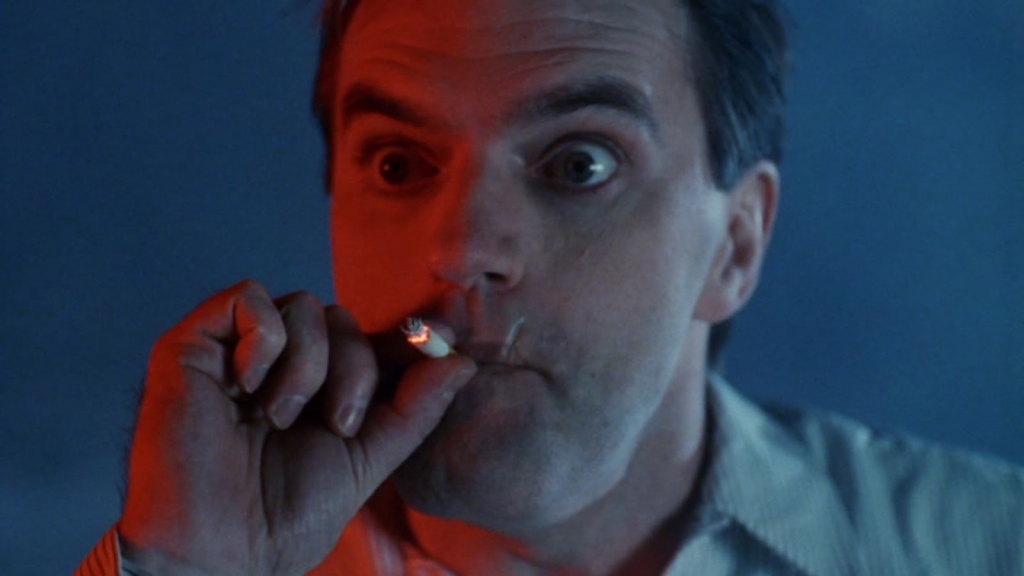 Jack, our villain and raving psychopathic killer, is on his way to being executed, in what appears to be a repair van for a plumbing company. Why he’s being transferred to his execution with minimal security is never explained. But as Jack enacts his escape, the prison van crashes into a secret portable government experimental lab ( in a semi ), and Jack is contaminated with a polymer that binds his skin to whatever is in the surrounding area.

Did I mention it’s a cold, blizzardy night? Jack’s DNA now recombined to the snow, he takes the form of a snowman. Don’t worry, Jack is raving mad and even angrier. He escapes and goes back to the town where he was captured (and to the police officer, Tiler) to enact revenge. 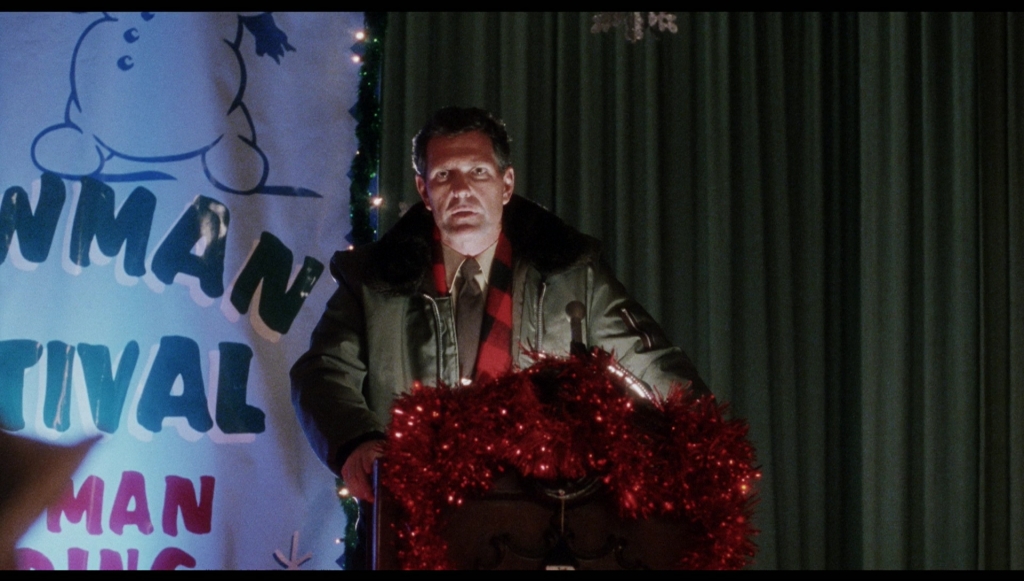 Hijinks begin as Jack knocks off the locals, with my favorite being the poor decorative death of Mrs. Sally.  Jack displays his powers when he discovers he can melt himself and recompose himself indoors, so his “liquid” self can reform into the snow and back into the killer snowman.

As a fan of dark comedy, I highly enjoyed his attacks on the townies. 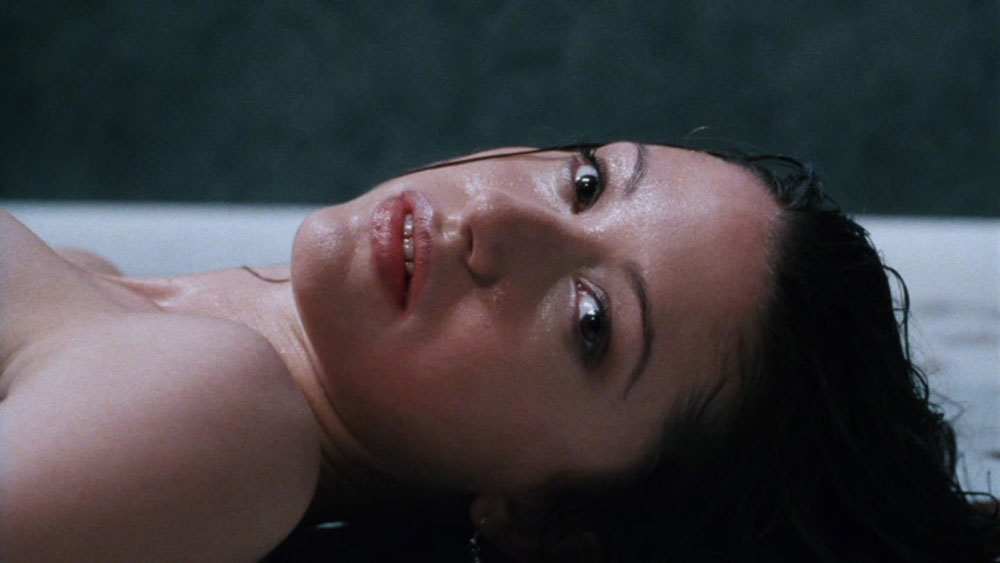 As to the film’s star power, Shannon Elizabeth (best known for the American Pie series) has a small role and gets a gruesome death; this isn’t a film for the kiddies.

The town’s meager police force and a few friends, a nutty FBI agent and a government scientist who understands the polymer, help Tiler fight Frost, as he stalks the survivors. The acting is marginal, and the storyline can force you to question why are you sitting and watching. But it’s worth the watch as the film is able to put a damper on over-the-top Christmas spirit, while Jack’s mean and sarcastic tone pokes fun at the Christmas themes.

He may resemble Frosty the Snowman, but he behaves like Freddie Krueger. 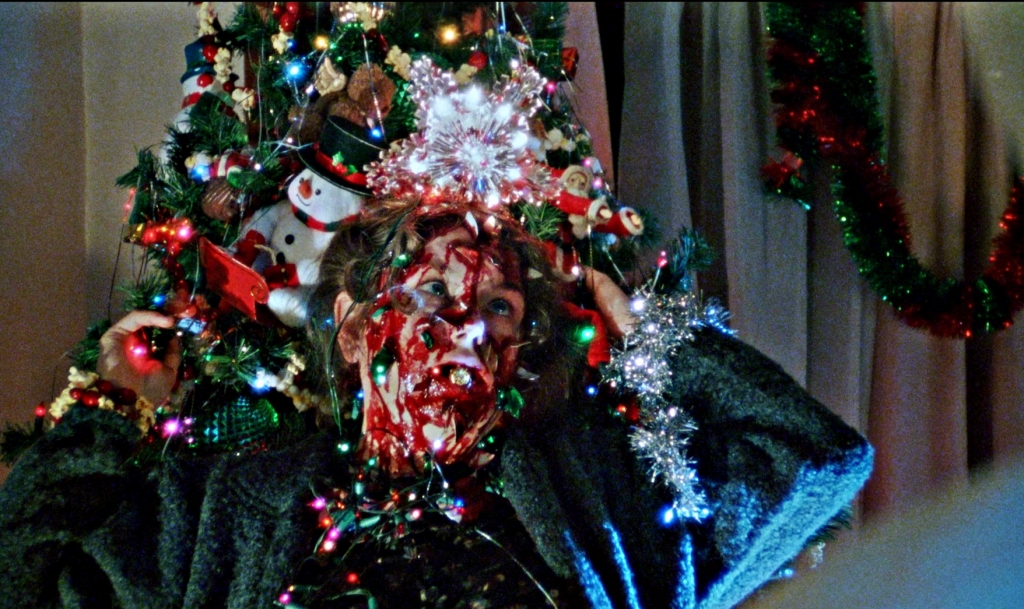 The finale makes marginal sense, but you’ll stay to chuckle at the eventual ending, which is ridiculous but screams for the sequels (two more films, in fact).

Now, this isn’t The Shining or the original Suspiria film. It’s low budget, cheap, schlocky horror. It’s in your face, low brow, dark humor — and that’s fine. Frosty needed a mean streak to give him some character; Jack Frost is that kind of a jerk. He’ll force you to appreciate Christmas and even that annoying uncle of yours with the obnoxious Christmas tie.

You can currently watch Jack Frost for free on Vudu.