In the underrated film “Mister Frost”, the devil is in the details. Murder, havoc, supernatural overtones, and Jeff Goldblum: what else could one desire? 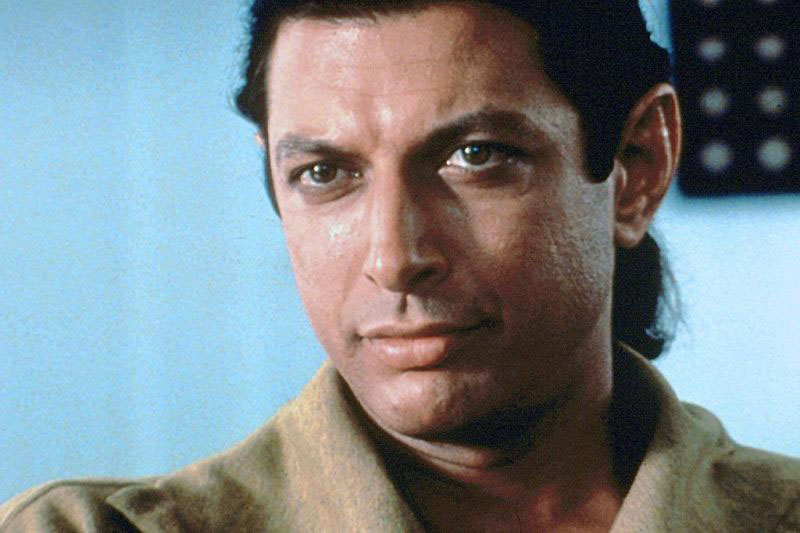 Madman or Satan? Jeff Goldblum gives his most quirky and creepy performance ever, leaving audiences to ask: is the devil out of touch?

Marketed as a horror-mystery, Mister Frost begins with two young thieves (one played by Charley Boorman) who attempt to break into the garage of a fancy home in the United Kingdom and steal an expensive car. When they discover a body inside a car, they immediately flee the scene, effectively setting up the ‘murder mystery’ element right out of the gate. The thieves get caught a few days later and inform the police of their gruesome discovery at the home.

Detective Felix Detweiler (Alan Bates) visits the house and finds Mr. Frost (Goldblum) baking in the kitchen. During their discussion, Frost cooly admits to hiding a body in the car. Upon further investigation, it turns out that Frost is a serial killer with a multitude of victims of all ages and genders buried across the house. The police arrest him, and Goldblum’s character makes a claim that he is the physical embodiment of Satan.

Soon after his confession and sentencing, Frost goes silent, with Detweiler being the last person to hear his voice. In the years that follow, Frost travels to psychiatric institutions across Europe, where he confounds and horrifies his keepers.

Eventually, Frost arrives in France under the watch of Dr. Raymond Reynhardt (Roland Giraud) and his personnel, which includes Dr. Sarah Day (Kathy Baker). Sarah catches Frost’s eye and is the only person Frost speaks with, while remaining aloof to all the others around him. She finds him fascinating, and the film suggests a sexual attraction between the two with subtle undertones. 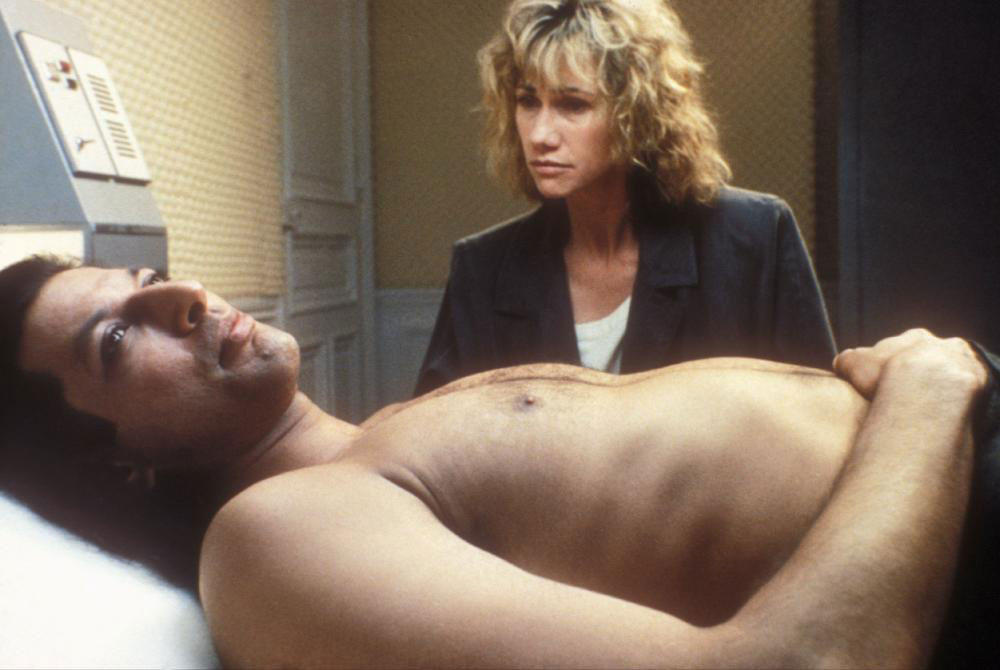 After a few sessions, Frost reveals his dark plans and professes himself to her as Satan, which she assumes is part of his affliction.

However, lurking below the surface, she senses something abnormal exists within him.

The film takes on a creepy aura as Frost displays his sinister nature by punishing those around him, including a young patient named Christopher (Francois Negret). The young man and the staff do horrible acts, ignoring ex-detective Detweiler’s warnings of Frost’s capabilities and the perils of interacting with him. Christopher goes off on a murderous rampage, and Dr. Reynhardt jumps off the facility’s roof in a suicide attempt.

Frost continues his mind games with the faculty at the psychiatric facility. And after receiving tragic news regarding the death of Christopher, one of her favorite patients, Dr. Day is driven to the point of wanting to kill Frost in order to stop his destructive path. In the final scene, she ignores Detweiler’s advice to avoid Frost, and she pays a high price at the film’s fatal conclusion. 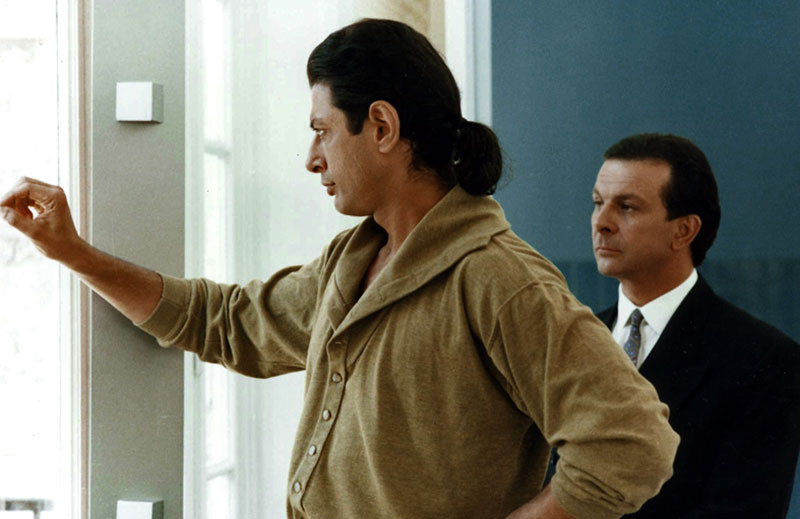 After the film’s end, the question lingers: what does the devil want from us?

Frost himself explained to Dr. Day that, as humans have discovered and accepted scientific theories and beliefs, he has struggled to get them to fear him and his reach. His remedy? He plans to have a pillar of science, a doctor, murder one of her patients (even one as heinous as Frost). This, he believes, would throw scientific belief into a tailspin and help old superstitions resurface as the driving force of human thinking.

It seems feasible that a mass murderer being killed by his own psychiatrist might make people doubt the validity of mental health procedures. But I doubt it would turn the world against science and rational thinking. Mister Frost either makes a conspicuous flaw in assuming a supernatural being would have such simplistic thinking, or maybe he just has a general misunderstanding of humans.

Could it be Satan has weakened? Is he is a diminished being…or was he never really as powerful as legend and religious texts hold? 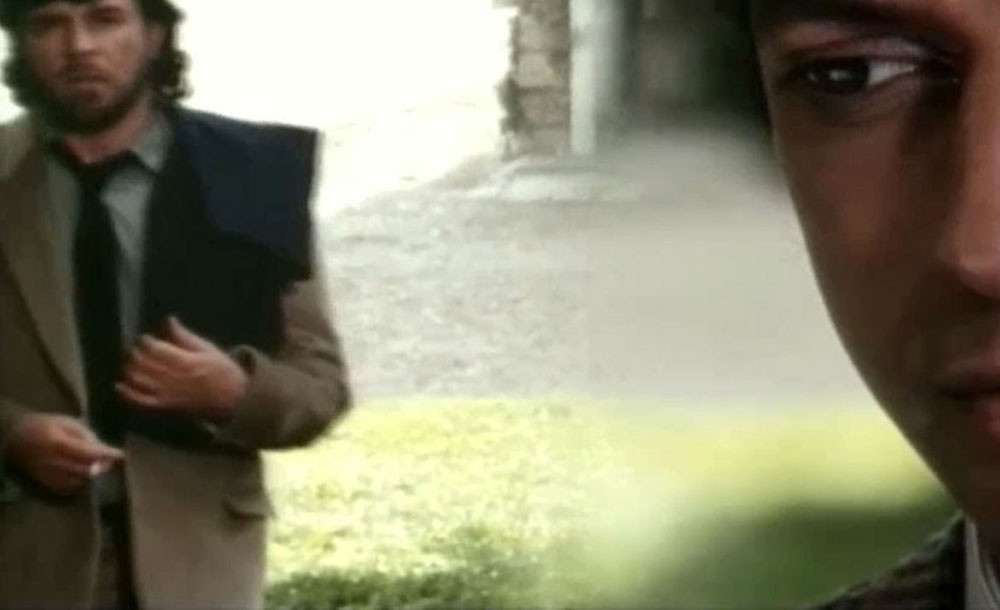 Frost’s ultimate goal of debunking psychology, and thus science, to throw religious skepticism into confusion falls a bit flat for me.

Although it does make sense for him to attack science, it seems like someone as powerful as the devil could enact a bolder scheme. Creating a deadly viral pandemic or even reanimating the dead seem like better solutions to throw human civilization into a tailspin — restoring shattered disbelief in the devil and old, religious thoughts. In this regard, the plot, while compelling, seems somewhat flawed.

Another weakness of the film is that, other than Frost himself, there’s a lack of character depth among the supporting players. To be fair, I can’t complain about the caliber of acting, with Bates and Baker doing yeoman work with a lackluster script. 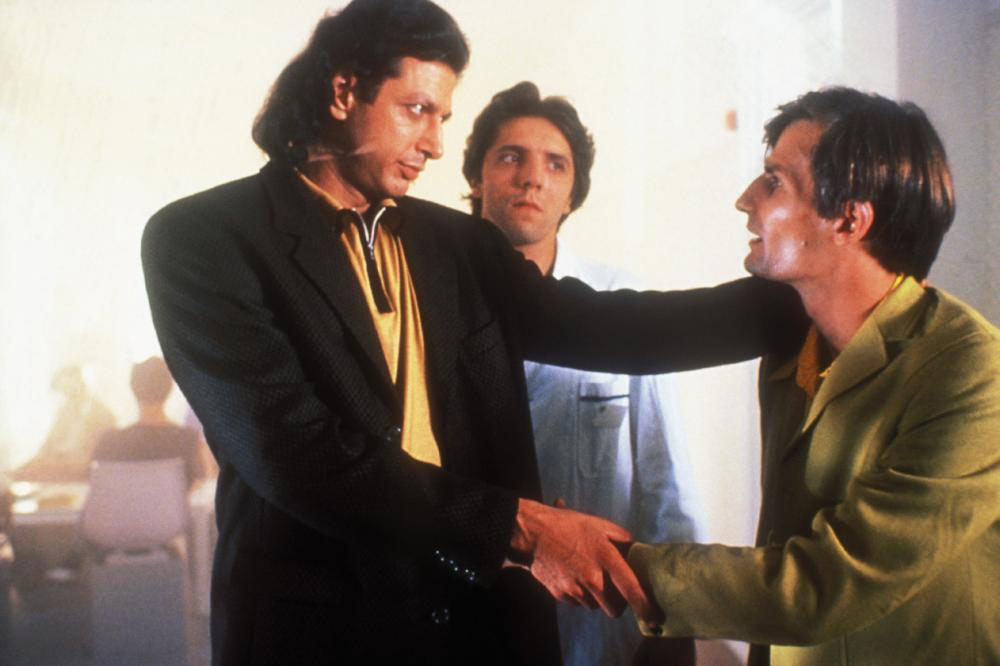 But anyone who sees this movie will recognize it for what it is: a showcase for Goldblum and his odd, magnetic onscreen persona.

Goldblum single-handedly carries this movie. He can transfix the viewer with his endearing quirks and circumvent manner of speaking. Goldblum’s Mr. Frost is confident, so one senses he is always three steps ahead of everyone. His cold and watchful eyes hint at evil intentions, yet he can easily seduce the minds of all who interact with him.

The devil is always an enticing villain within the horror genre. However, while many films have focused on the awesome power of the ‘Prince of Darkness’ as an overwhelming force of darkness that can be only stopped with heavenly intervention, Mister Frost operates on a small scale. Frost is a monster and a killer who uses his mind to effectively toy with humans. Goldblum’s version of the devil is a thinker. He isn’t leading the world to damnation. Instead, he wants recognition.

While not perfect, Mister Frost’s dark and ominous background, alongside Goldblum’s creepy and powerful personality, makes this relatively unknown 90’s film an original and worthy entry in the supernatural sub genre.