“A Christmas Horror Story” is an entertaining holiday horror anthology with a wonderfully wicked yet playful approach that’s perfect for the season. 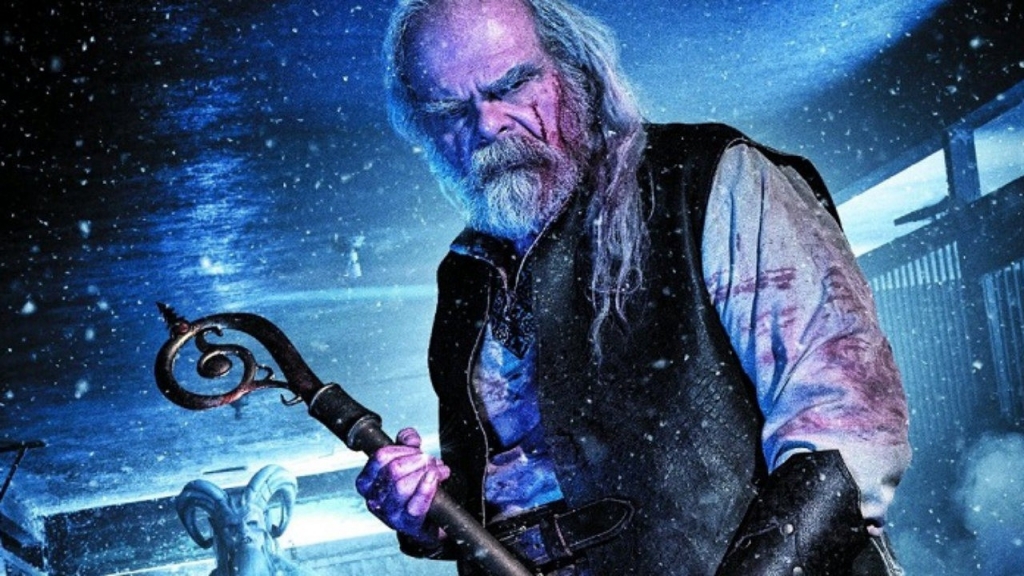 We are always looking for the next something.  The next great slasher movie, the next Hellraiser, and the next Alien are a few examples.  As tempting (and rewarding) as it is to break away from that way of thinking, at least it gives us a little bit of direction and perspective if we want to know what to watch, or what we’re watching is like.

A Christmas Horror Story does. But like Trick R’ Treat, it is an anthology of stories that unfold gradually and intermittently, and each tale has a clever thread or two that connects it with the others. 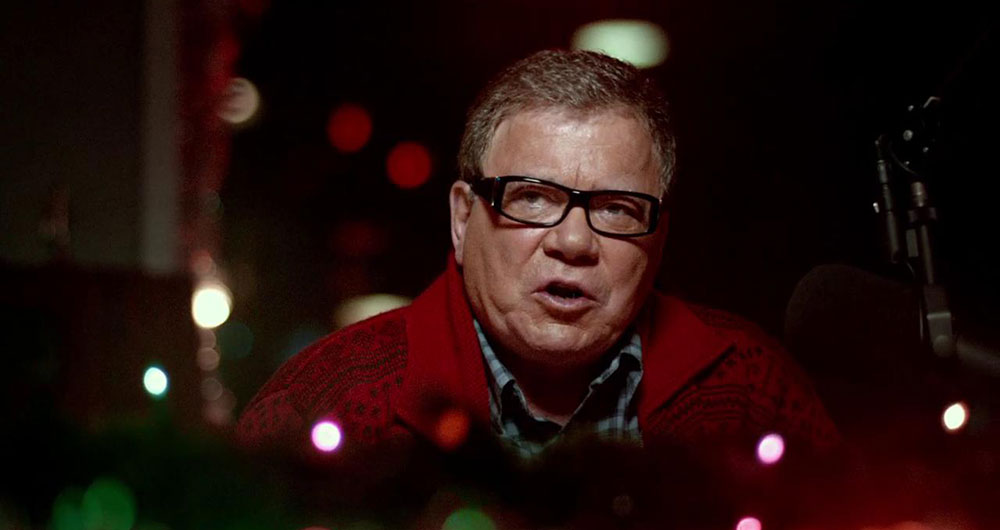 The “crypt keeper” of the anthology is a very festive and enjoyable radio DJ named Dangerous Dan (played by William Shatner).

He broadcasts his Christmas Eve show from the fictional town of Bailey Downs, and drinks eggnog & whiskey cocktails from a coffee mug. Right off the bat you are given clues as to what is really going on (which you won’t notice until that highly recommended second viewing). The song Dangerous Dan plays escorts us smoothly into the beginning of the first story.

Three camera-equipped teen snark machines plan for their break-in and ghost investigation of the Bailey Downs high school, which is rumored to be haunted by the victim of a botched abortion, back when the school was a convent. Spooky stuff happens, then some pretty serious stuff starts to happen. This tale ends up in a basement full of nativity mannequins, and it has a very macabre conclusion (though there is one survivor). 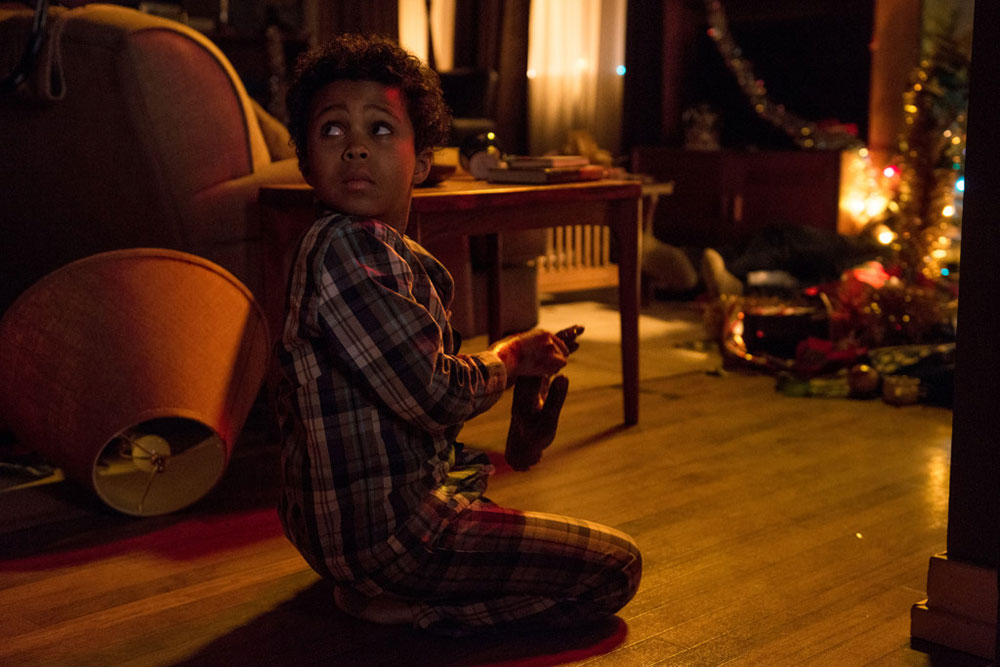 The second story (or third, or even first depending on how you follow it) has a loose connection to the previous one, and is about a young family who cut down a Douglas Fir in a cursed area of the Bailey Downs forest. After their young son wanders off for a brief amount of time, he is frantically searched for and found inside a gigantic tree. But he is not himself. That night, on Christmas Eve, his odd behavior escalates into full-blown acts of violence against his parents. It turns out this really isn’t their son. It’s a Changeling. The family then needs to complete the standard “ancient” tasks in order to get their son back.

In the third concurrently-told story, a fourth absent member of the teen ghost hunting group accompanies her family to a tremendous mansion in order to visit their aunt. The family is miserable to the point of comedy, and the attitude their aunt has is even worse. After the little boy in the family breaks a Krampus statue, they are kicked out of auntie’s house. 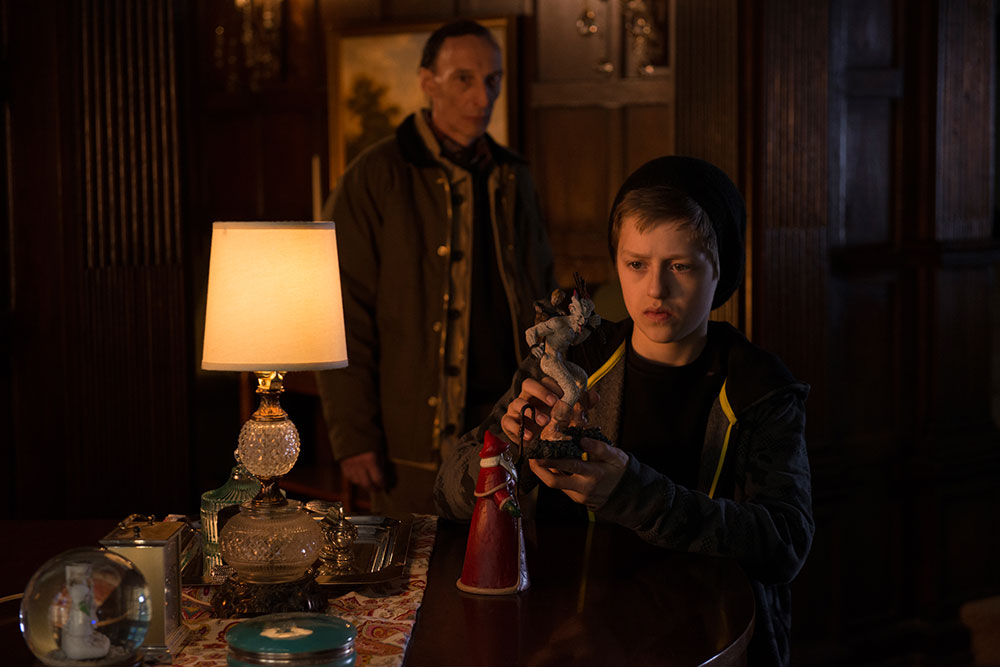 On the way home they get into a car accident, and must walk to safety. Obviously this means trudging through a dense, snow-covered forest in the middle of the night. But Krampus is hot on their trail. He didn’t at all appreciate that little boy breaking official merchandise. By the end of the chase, the survivor makes it back to auntie’s house for one final (kickass) surprise.

Krampus makes another truly epic appearance in the final story of A Christmas Horror Story.

In this over-the-top gorefest, all of Santa’s elves become zombies. One of them dies from a virus, but wait, I thought elves don’t die. Turns out they don’t. But this is a horror movie, so instead they become zombies as they fall victim to the virus. Santa has to defend himself, the missus, the presents, and his North Pole castle (that looks like a glowing green Isengard).  Elves rampage and heads fly, and this is the best-looking Santa I have ever seen. 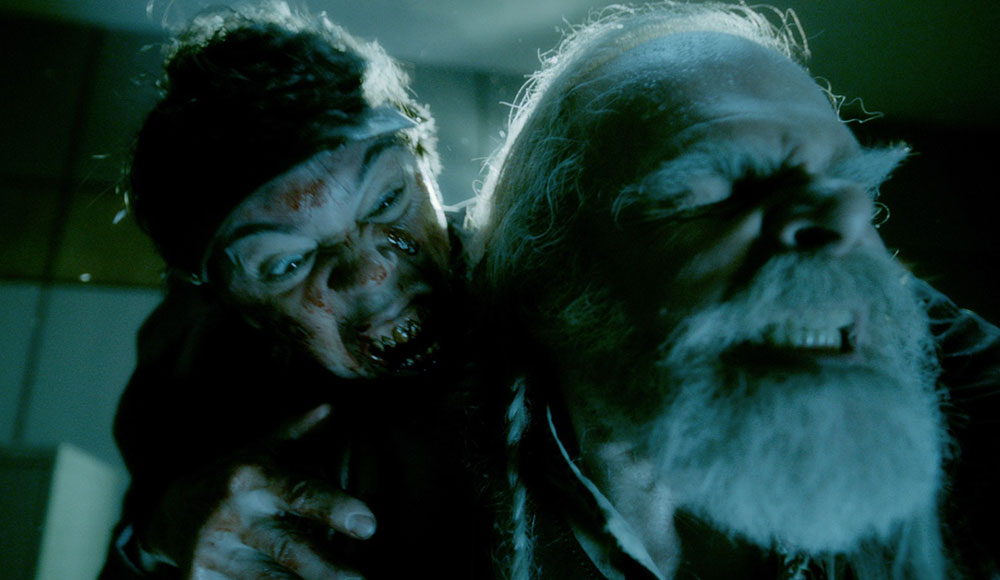 He figures out that Krampus is responsible for the virus, and the two have an exciting confrontation sequence. The Krampus creature in this movie is so silly that it actually works. The best way to describe it would be to say it looks exactly like an evil minion of Skeletor, from Masters of the Universe.

At the end of A Christmas Horror Story, we are treated to the film’s most i