Fear, Loss, and Motherhood: We go beyond the surface scares and explore the deeper meaning behind Mama 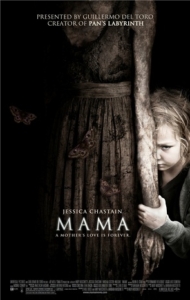 Based off a 3 minute short film by brother and sister Andy and Barbara, Mama is the story of a man and his girlfriend who recently come to raise his two nieces, who have been missing for five years following their father’s disappearance and now presumed death. The girls were found to be in a feral, uncivilized state and seemed to have only adapted and survived in the wilderness with the assistance of a mysterious or otherwise imaginary person they call ‘Mama’. 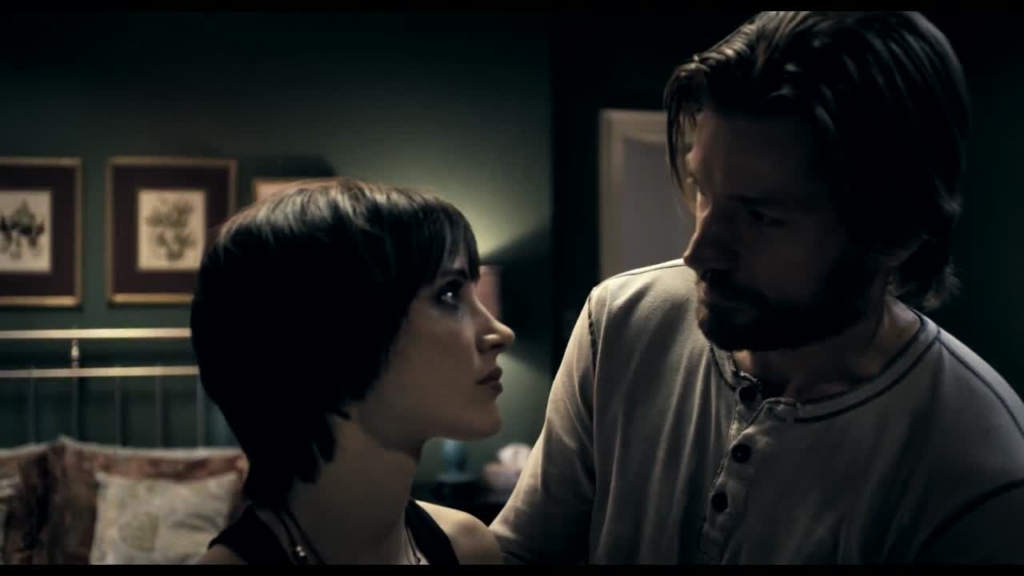 Once the dust has stilled from their discovery and health observations, the unlikely family move and attempt to begin a new life together; however, the girls aren’t settling in like they should. After too many odd occurrences, and one too many bad dreams, the girlfriend-turned mother-figure is determined to resolve the frightening problem and cause of the girls’ strange habits.

Side Note: You can watch the short film that inspired Mama here: 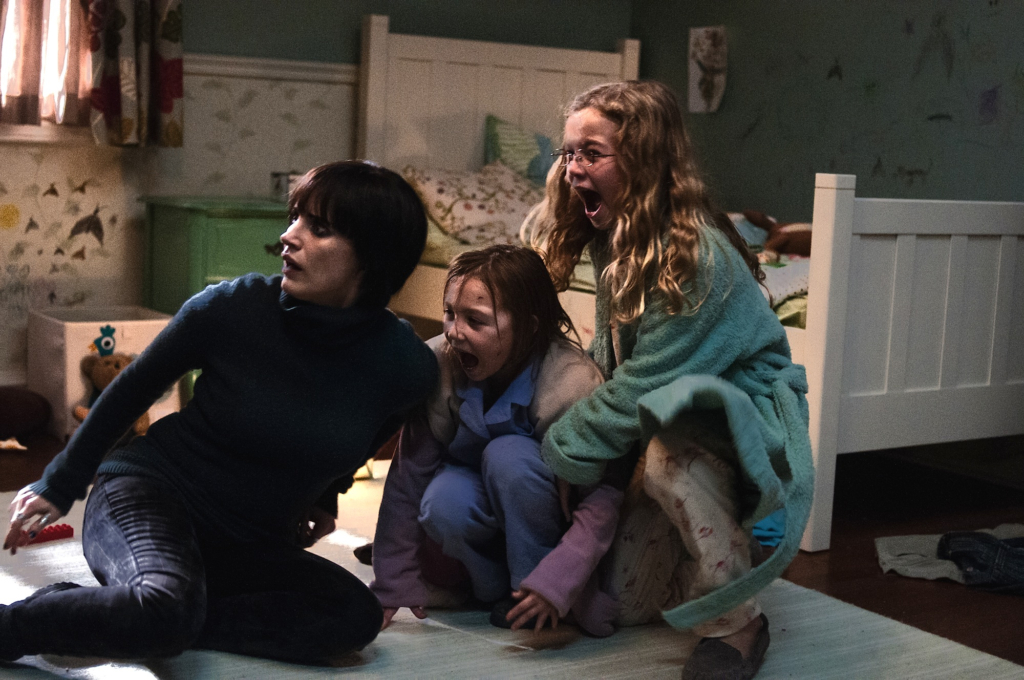 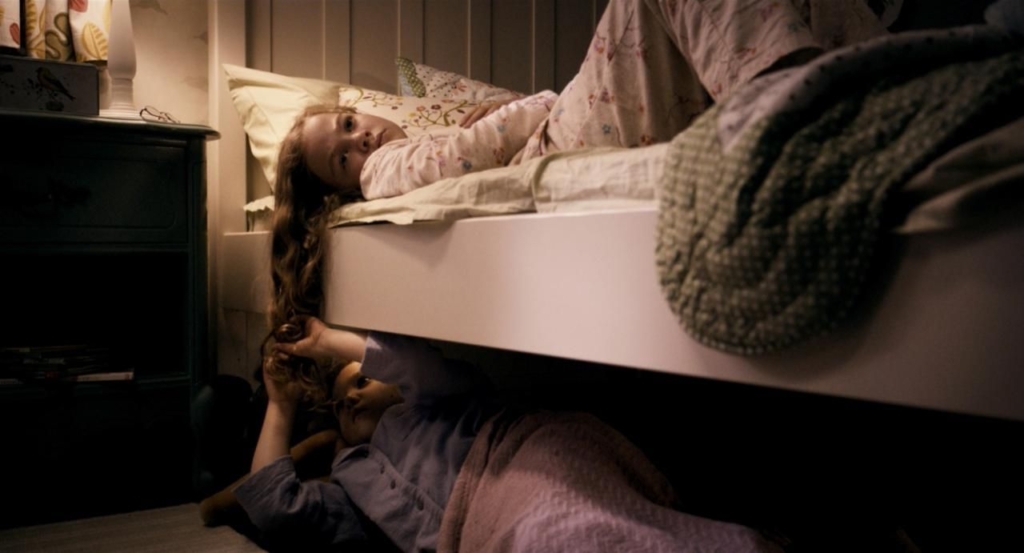 While Lucas (Nikolaj Coster-Waldau) portrays the uncle, it’s really Annabelle (Jessica Chastain) who holds the protagonist position. The audience is introduced to her sitting on the toilet, anxiously awaiting the results of a pregnancy test in her hands, and cheers with relief when the stick shows negative. She wears black from head to toe, sports tattoos with pride, and plays bass for a band of other late 20s-early 30s rockers. The director successfully conveyed in every possible way that Annabelle is not, and never wants to be, mother material. However, the role of mother is suddenly thrusted into her hands when the nieces are found. Her role as fun, easy going girlfriend just took a serious turn to responsible, loving mother. 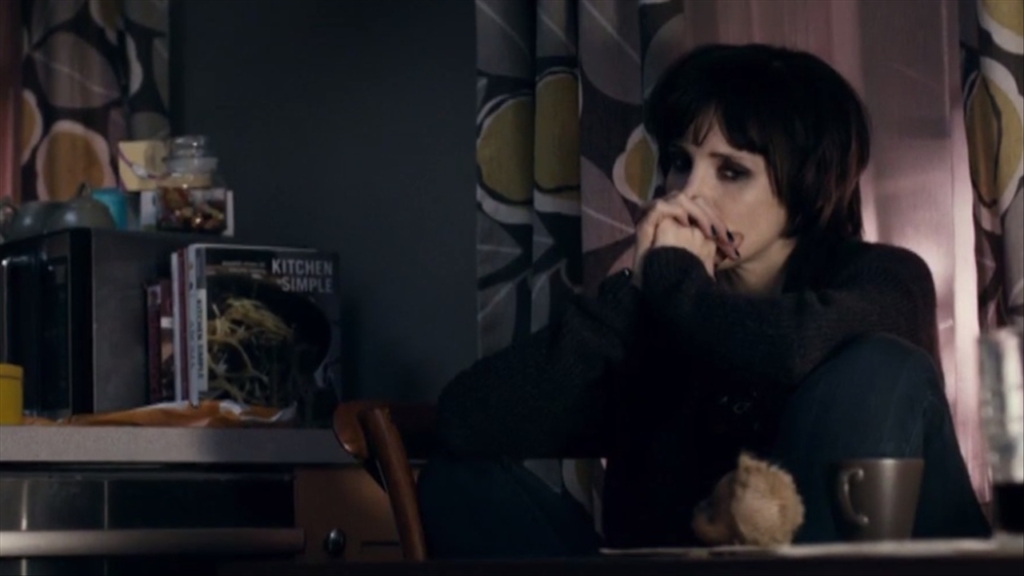 She doesn’t accept the role initially and shows reluctance and defiance throughout the exposition, at one point even pondering her importance to Lucas. She shows the girls no affection at first, holding her displeasure and contempt for the situation against them by being abrupt and short with them. She gives minimal effort for their needs and is frustrated and exhausted by them and the fact that she feels she has no clue what to do. Once the house starts to feel unsafe and she can no longer ignore the strange (albeit not the usual strange) actions of the nieces, her sense of compassion for them starts to unravel.

This is eased by Victoria, the eldest girl, who is receptive to her interactions with Annabelle and appears to be accommodating with her and the newness of the situation. The more she feels the children are threatened, the more Annabelle steps up to the plate and shows concern for both their wellbeing and discovering why these “things” keep happening. Nearing the resolution, the audience sees Annabelle embrace the girls, speaking to the girls more softly, and showing genuine care. With this evolution of character, Annabelle can pull forth her bravery in order to keep these two girls out of harm’s way as only a selfless maternal figure could do. 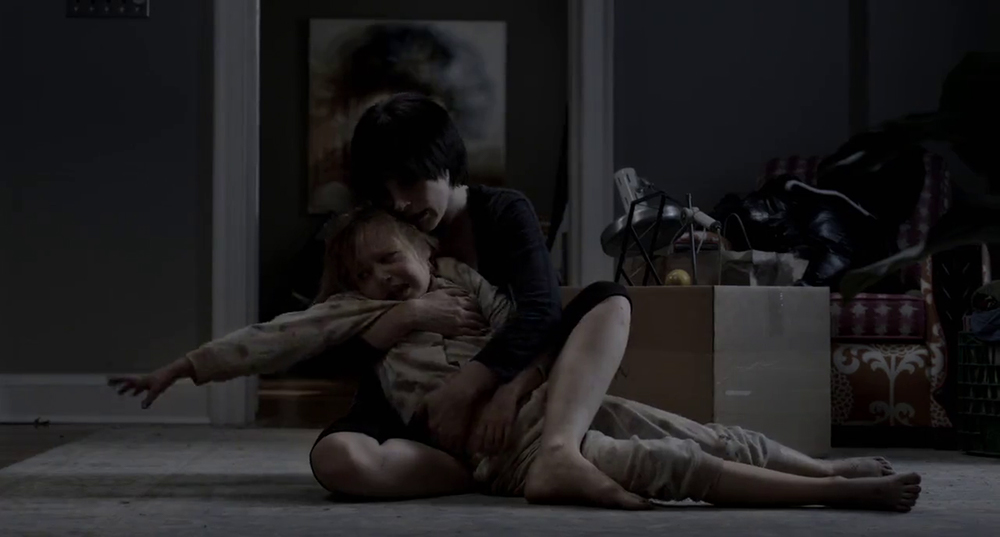 This contrasts with the relationship between Mama and the girls, as Mama’s reasons for caring for the girls was selfish and polluted. When the girls upset and made Mama feel jealous, she caused fear and harm to the girls, revealing just how lacking Mama really is as a mother.

The combination of ghost story and metamorphosis into motherhood works perfectly because it taps into the ideas of facing your fears, having faith within yourself and having the strength to face loss, whether it be the loss of a child, the loss of independence, or the loss of normality.

Mama was produced by Guillermo del Toro, who has his trademark displayed throughout the film. His flair for the supernatural is one of them and the overlying idea, conveniently conveyed by character Louise, really helps you understand the heartbreak and helplessness of Mama-  “A ghost is an emotion bent out of shape, condemned to repeat itself, time and time again until it rights the wrong that was done.”

What ideas did you pick up on in Mama? How do you relate or what did you find terrifying? Let us know in the comments below.