The Debilitating Pain of Loss and the Destructive Power of Paranoia: We go beyond the surface scares and explore the deeper meaning behind Bug. 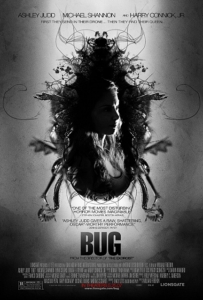 Written by the original playwright Tracy Letts and directed by William Friedkin (The Exorcist), Bug centers on Agnes (Ashley Judd) and her bleak existence in a seedy motel in a small Oklahoma town. Avoiding her past and present problems, she meets a man who strikes her as something new and something worth caring about. As their relationship flourishes, so does the infestation that consumes both her room and mind.

Side Note:  The stage actors who portray the main characters in the play “Bug” discuss the production in much different terms than the director William Friedkin, who pegged it as “violent and sexy”

Welcoming Strangers: Michael Shannon’s character Peter is off putting the moment he enters the screen. We’re not sure as to why quite yet, but we know we’re not alone in our feelings of distrust based off of Aggie’s initial response. However, in combating both her extreme loneliness and fear of her abusive ex-husband, she invites him into her life despite her reluctance. She cares for him immediately even though she doesn’t know a single thing about him.

Skin Crawlers: The title could suggest insects, probably the despised variety. Anyone who has dealt with cockroaches, ants, bedbugs, or spiders can relate reverently to the feelings of disgust when thinking of them crawling on you at your most vulnerable moments and invading your homes. Combine this with adults who refuse to leave their environment and succumb to the tiny creatures for even more repulsion. 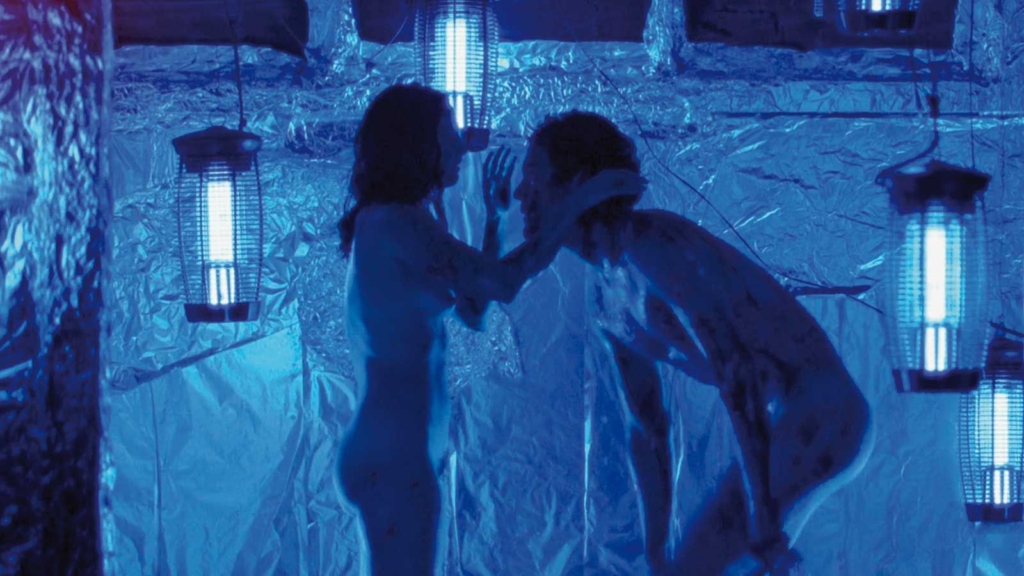 The Power of Suggestion: The main portion of the film is watching Aggie’s decline into the world that Peter has spun for both of them. His theories and stories latch onto her ruthlessly and again, she is reluctant to disagree or question out of fear of being abandoned. The more irrational Peter becomes, the more invested Aggie becomes in him. Viewers are concerned for Aggie’s safety in a physical sense due to her ex’s visits but slowly become more worried about her crumbling emotional strength.

Extreme Unease: The amount of paranoia in Bug is enough to make any sane person’s head swim. From government interference and military testing to highly intelligent and deliberate insects living under flesh, the amount of tension these two individuals live under drives them to almost animalistic behavior. It’s uncomfortable to watch the sores appear on their skin and see their one room universe covered in fly strips and tin foil. They don’t bathe, they live off drugs, and are constantly smacking themselves because they think a bug is on them. It’s quite literally like watching a human unravel their own mind. 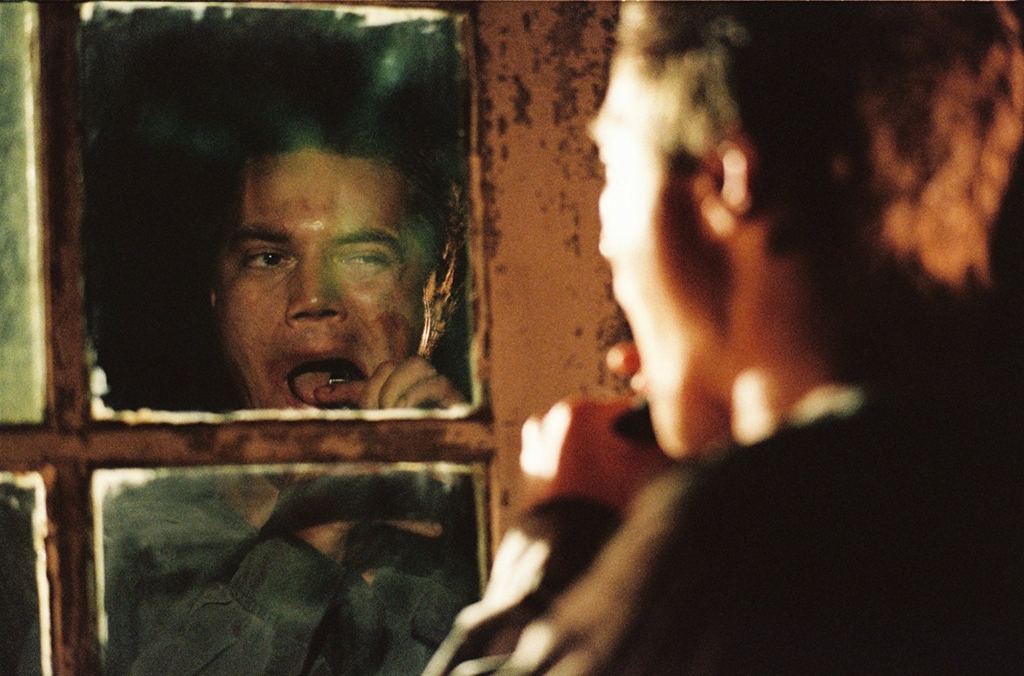 It’s safe to say that Aggie is a struggling woman the moment viewers meet her. She lives in a debilitated motel and abuses drugs and alcohol daily, while working in a bar with very few and enabling friends. She’s also avoiding an abusive ex-husband who was unfairly released from prison. The reasoning for her condition lies with her son, who was taken in a grocery store nearly ten years prior on her watch.

Blame and guilt are her ultimate destructors, as she simply uses substances to staunch the emotional void she can’t seem to find closure for. She really doesn’t find purpose or hope until she’s introduced to Peter. Peter is an odd, quiet man who frankly states he’s not interested in sex, but friendship. He intrigues Aggie, and her utter sense of isolation coaxes her into inviting him to stay in her room and into her life. 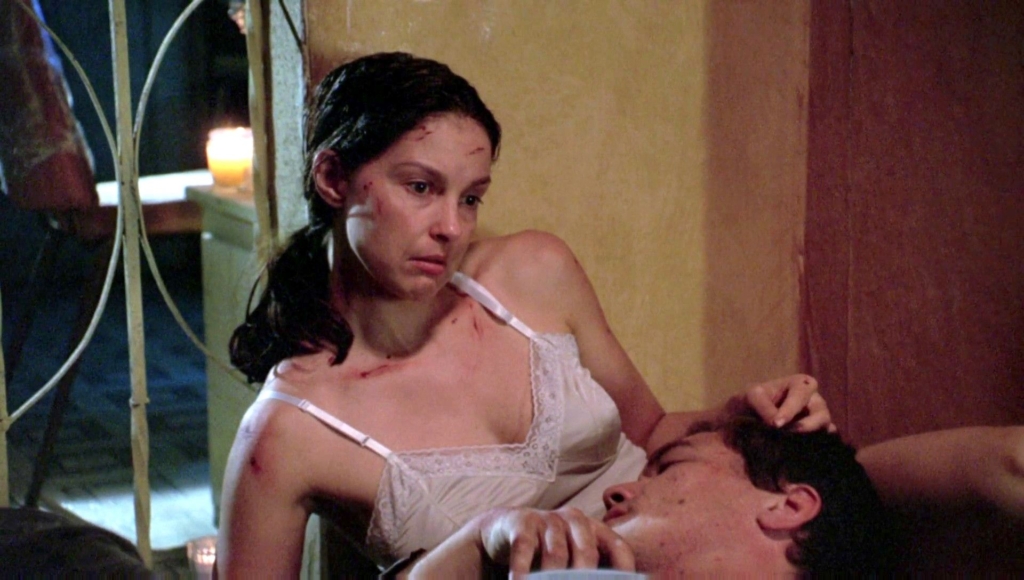 Both are damaged individuals seeking refuge in each other, but in a greatly differing sense. Aggie is suffering from a broken spirit and Peter from a broken mind.

She clings to him as a pseudo replacement for the loss of her family and normalcy. He is something to care for and protect, something she failed to do with her son, Lloyd.  In her own way, she had never stopped looking for her son, even if it wasn’t actively. Grocery shopping is a painful reminder and every phone call she receives is a flicker of hope. It’s questionable whether or not the calls she receives are even real; she could very well be imagining them. If someone knows she’s in her room, then she’s not completely alone, right?

Peter convinces Aggie that insects are biting him after they finally end up in bed together. It’s apparent she doesn’t see what he sees, but she’s willing to give him the benefit of the doubt. The “bug” problem escalates, and Peter begins speaking of aphids and hybrids and all other sorts of Bug SCIENCE that is foreign to Aggie. Still, she believes him because she needs him. And pretty soon, she believes there are bugs too. 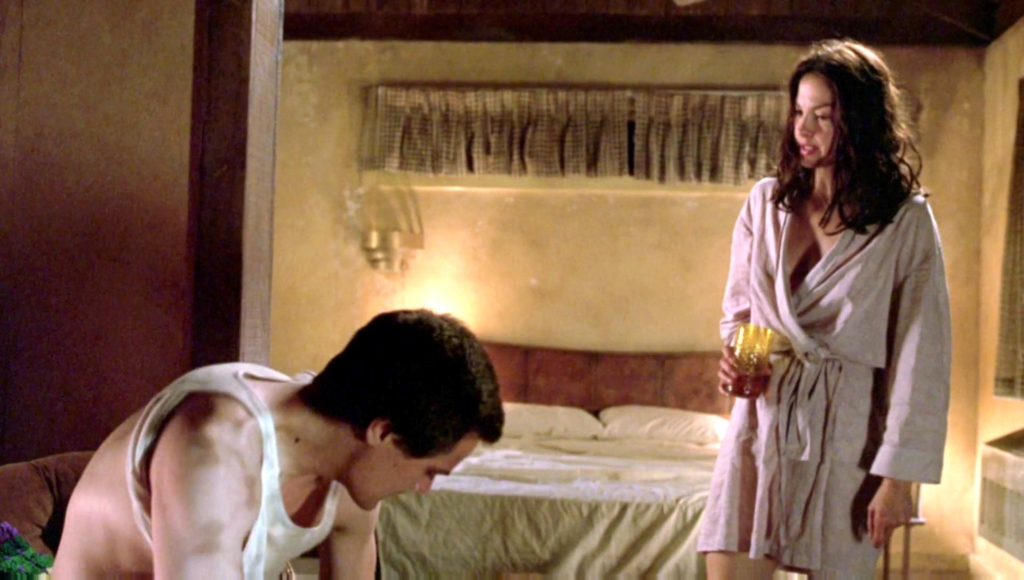 Bug is a fine example of folie à deux, a psychosis in which delusional beliefs and hallucinations are shared between two people. Both Peter and Aggie end up believing that insects are living inside of them and the government is watching them. How? Peter’s suggestions and comments that started almost day one of their relationship. Blame the drugs or blame her vulnerability, but Aggie chose to believe this strange man rather than shooing away a potential new friend.

The one room in which the film takes place symbolizes one’s mind and how claustrophobic it can become when under intense stress. It started off sedated and automatically functioning when Peter (the paranoia) wasn’t present. When the paranoia was introduced, it started to decline and manifest things that weren’t actually there (finding other places to store the negative emotions and displacing blame without resolve). Finally, the brain self-destructed when it was convinced it was no longer safe (the conclusion of the film and the paranoia taking over logic). 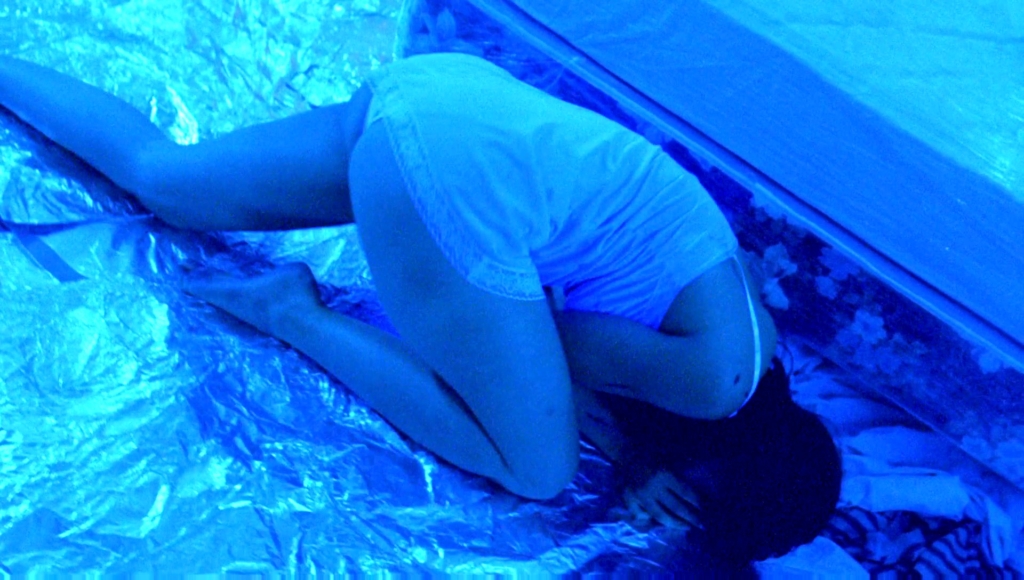 Ultimately, Aggie’s guilt and blame switch places with newfound conspiracy ideas — that her husband was actually responsible for her son’s disappearance and the government paid him to do it. She cannot bear to grapple the truth and skits far beyond the ledge of sanity in order to avoid coming to terms with her previous reality.

So how far is a wounded psyche willing to go to find comfort? What is the limitation of paranoia’s influence?

Friedkin admitted he presented a lot of questions and very few answers with this film. These two mismatched lovers created a world in which only they existed. Even if the conditions were unfit, they still preferred it to the harshness of reality because they had the comfort of knowing that they both saw and felt the same things. They found a paradise in each other because the other truly, truly believed in what they said, no matter how untrue it was.