Movies, TV shows, exclusive action figures, panels, cosplay and of course comics were on the agenda for 5 days of non-stop Nerdvana.

With so much going on during SDCC, it can be overwhelming to take in all the things you may have missed that came out of the show. Fear not, as we are dedicated to bring you a recap of all the major highlights that won the show, including one trailer that blew the roof of the hallowed room of Hall H. 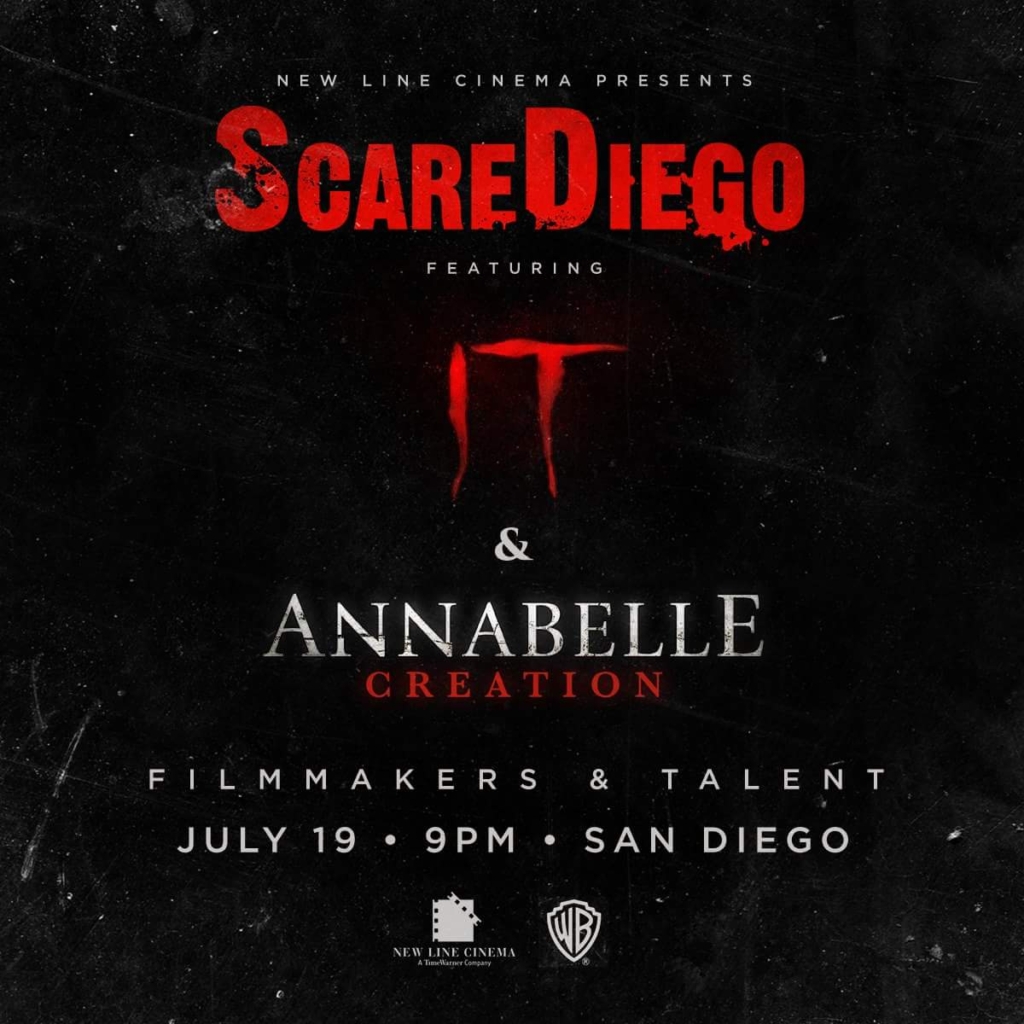 Warner Bros and New Line Cinema had a special presentation for horror fans on Preview Night of SDCC. An advanced screening of the upcoming ANABELLE: CREATION was shown to attendees. Many said this is one of the scariest movies they’ve seen in a long time and blows the original film out of the water. Prior to that screening, WB and New Line Cinema presented 3 exclusive scenes and a new trailer for the highly anticipated reboot of STEPHEN KING’S IT. 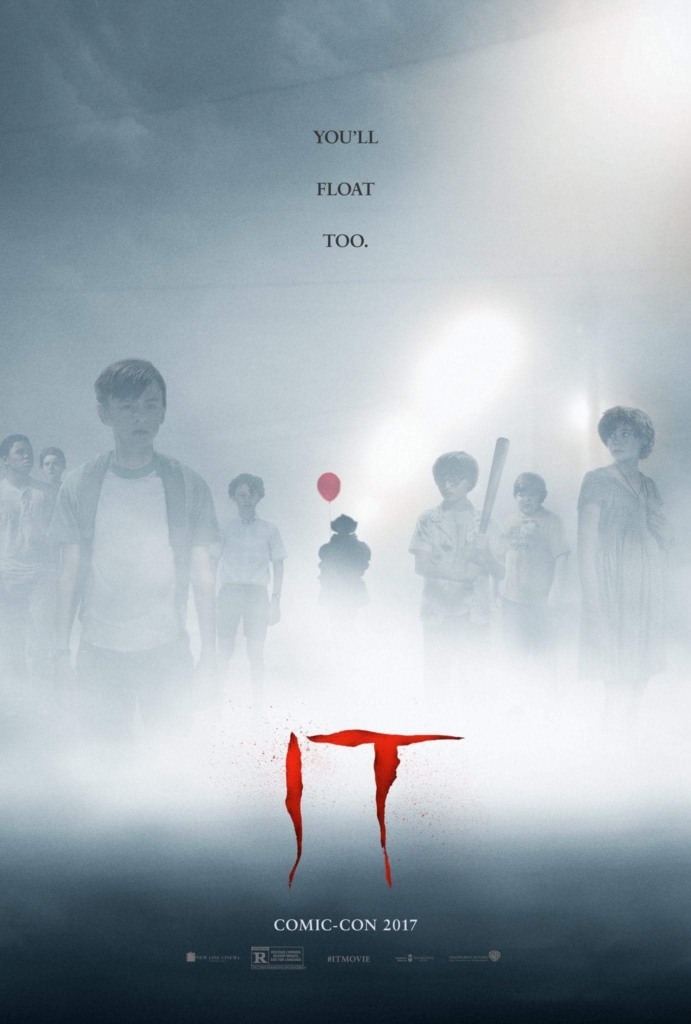 Reaction to the scenes were beyond positive, as one of the scenes was Mike of The Losers Club being chased by the Bowers Gang near the Derry sewers. He is hit in the head with a rock and is fuzzy. He sees something and it’s Pennywise, gnawing on a child’s arm. Pennywise waves the arm at Mike and had blood all over his mouth. Just as Henry Bowers is about to crush Mike’s head with a heavy rock, the other Losers show up to save him. The trailer that was shown after the 3 clips will be released online this week and  will feature more scenes of Pennywise at his most menacing…the final shot of the trailer is sure to cause nightmares for months. 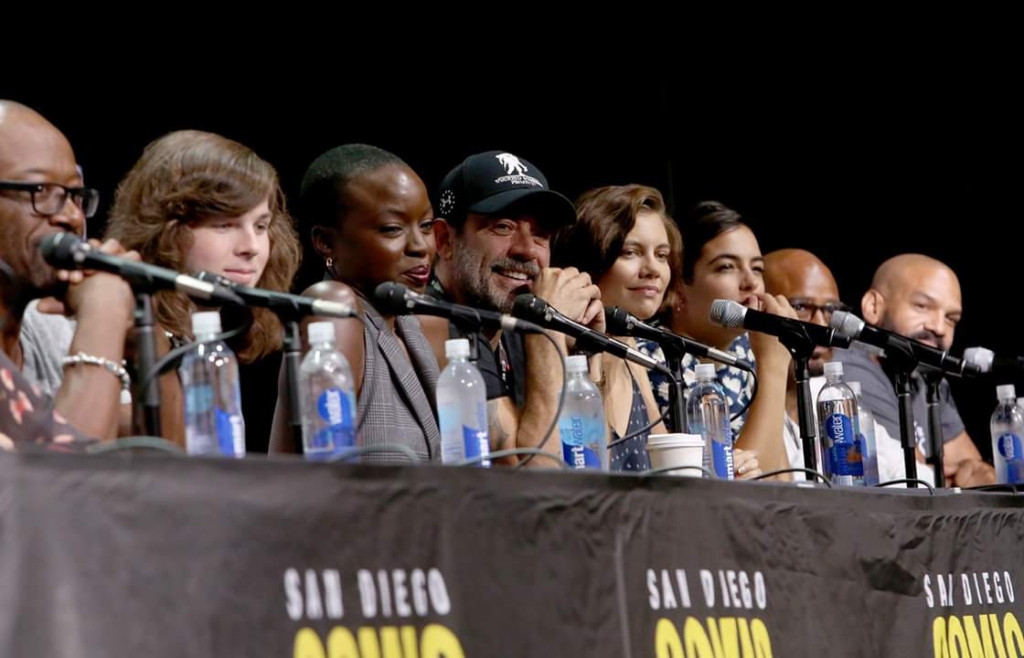 AMC’s hit zombie show’s SDCC Hall H panel began on somber note, as the cast, comic creator Robert Kirkman and Scott Gimple paid tribute to the stunt actor who tragically lost his life performing a stunt during filming on July 14th. Afterwards, Kirkman stated that he knows exactly how the comic story will end, but not saying when it will end. He also mentioned that all current storylines are all leading to the eventual finale of the comic book series. The season 8 trailer premiered during the panel, and fans were stunned by the final scene of the clip. Fans took to social media to voice their opinions about that scene, as many are curious as to what it means for the future of the show. THE WALKING DEAD will return  October 22nd on AMC, which coincidently is also the show’s 100th episode. 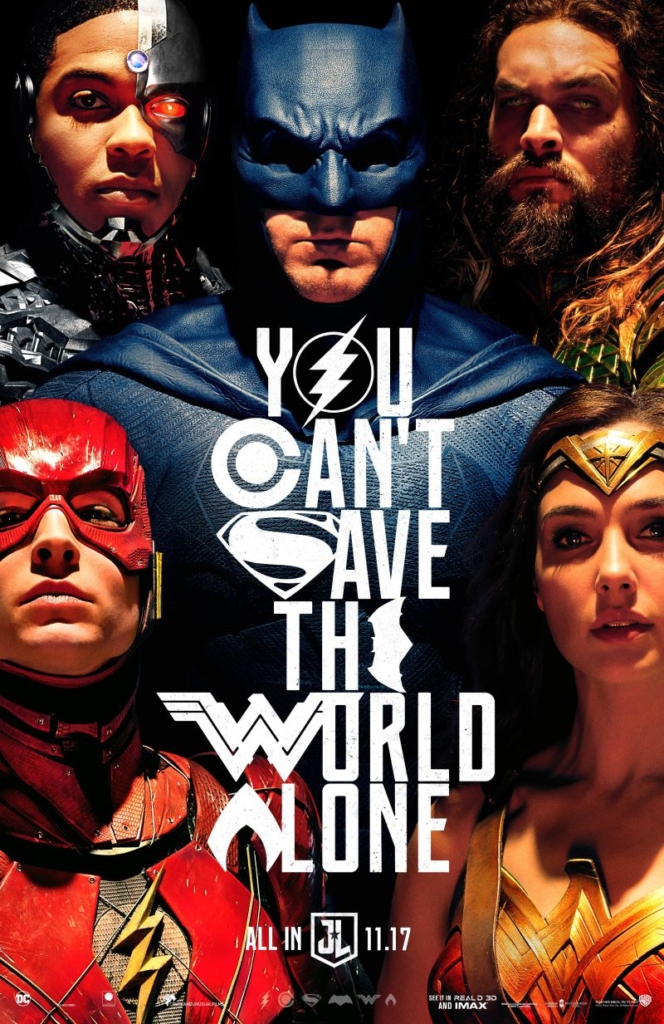 Warner Bros. returned to Hall H on Saturday of SDCC to showcase the newest film by the legendary Steven Spielberg READY PLAYER ONE. The film is an adaptation of the Pop Culture phenomenon novel written by Ernest Cline. Admittedly I have not read the book, but after seeing the trailer, I will be correcting my misstep so I am in the loop on what could be one 2018’s surefire blockbusters. Plenty of Pop Culture Easter eggs hidden in the clip.

Following that panel, DC (it is Comic Con after all) showed an impressive look at November’s JUSTICE LEAGUE. The cast was on hand to talk about the film and the accompanying clip. Gal Gadot, fresh from the phenomenal WONDER WOMAN solo film, received the biggest ovation of the cast. Fans are truly hoping the magic of that movie carries over to this one. 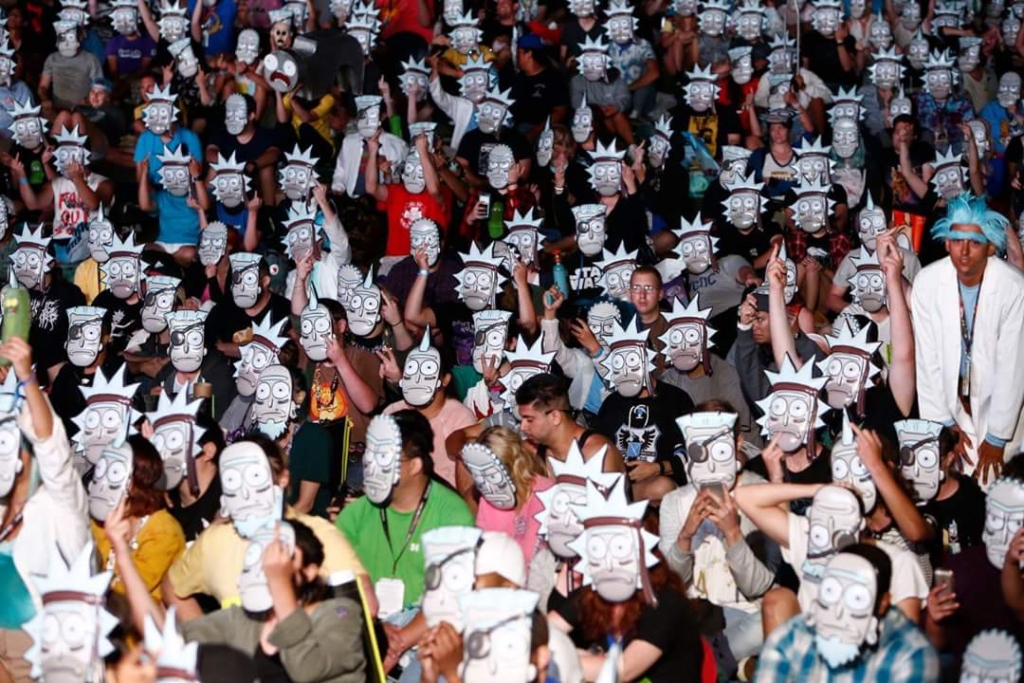 WUBBA LUBBA DUB DUB! The screening for the upcoming episode of RICK AND MORTY had to be held in a park in order to accommodate all the fans. The Rickmobile made it’s way to San Diego, as did the voice cast and creators to do a meet and greet with the fans. RICK AND MORTY (FINALLY) Get Schwifty in the Season 3 premiere July 30th on Adult Swim.

ROBOT CHICKEN was also on hand at SDCC to show a sizzle reel of their new season, which included the return of my favorite character, BITCH PUDDING. It was also revealed that ROBOT CHICKEN PRESENTS THE WALKING DEAD SPECIAL: LOOK WHO’S WALKING will be airing at some point during the season.