The talented Adrienne King is more than a horror icon. She’s also a successful entrepreneur, a real life survivor, and an inspiration to so many.

We all know who Adrienne King is. She’s one the most famous Final Girls in the genre, known for her portrayal of Alice Hardy in the original Friday the 13th and its sequel. What some may not know is King is also well known for her extremely popular Friday the 13th-themed wines she sells through Crystal Lake Wines.

I had the chance to sit down with Adrienne and talk with her about her career, her thriving wine business, surviving a stalker, her return to acting, her convention appearances and her love of the fans she calls ‘Campers’. 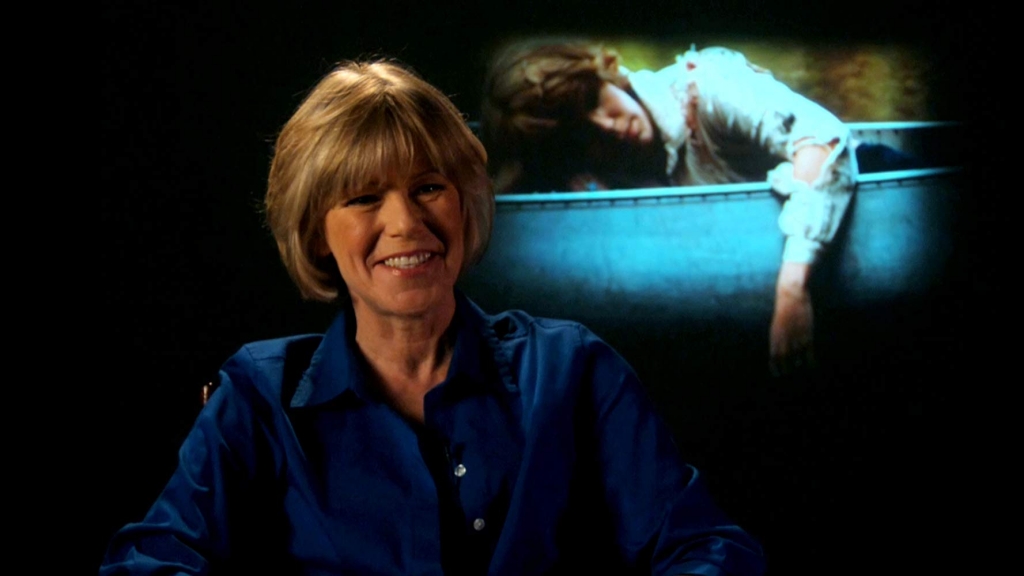 1. What made you want to be a part of the first Friday the 13th and its sequel?

Like most actresses, I just wanted to act! I auditioned for everything within reason. But I admit: Horror chose me, I didn’t choose Horror. Of course, having said that, now nearly forty years later, I couldn’t imagine being adopted by a more loyal genre.

In the Summer of 1979, I auditioned with hundreds of other young actors and actresses at an open call at the Minskoff Studios on Broadway. New York Casting legends Barry Moss and Julie Hughes and director Sean Cunningham called me back time several times over the next couple of weeks to read with different actors, as they whittled it down and decided who would become the lucky camp counselors. Then it was down to a few girls to screen test. I remember crawling on the ground and screaming my lungs out. Later that day I got a phone call from Sean, and he told me I nailed the role of sole survivor, Alice. 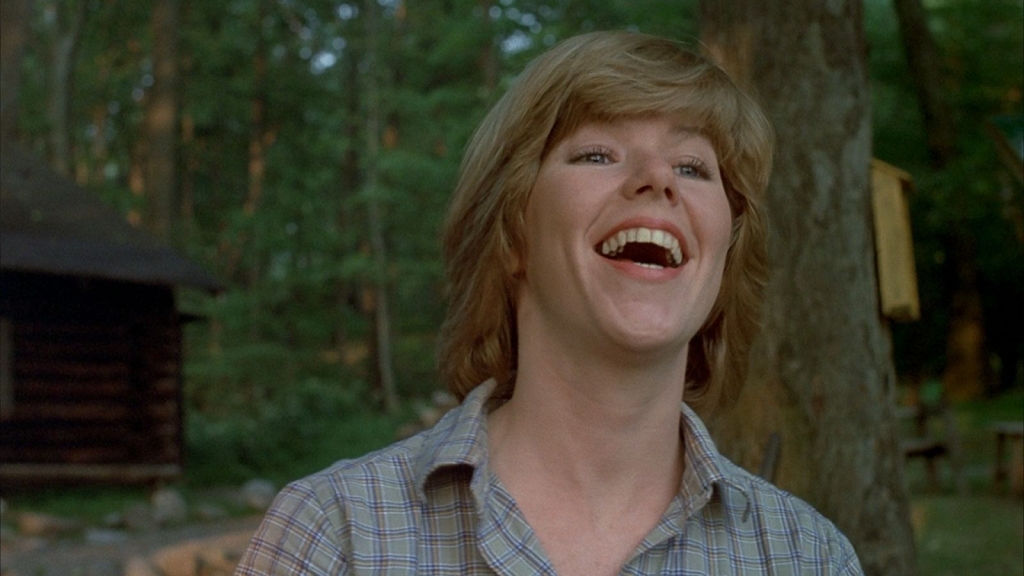 2. Were you a horror fan before appearing in them?

I enjoyed the Joan Crawford /Better Davis movies Whatever Happened to Baby Jane and Hush Hush Sweet Charlotte in the early 1960s. I was just a little kid in the back of the station wagon at the Drive-In, but I made sure I stayed to up to watch those melodramatic performances which were laced in horror.

The Exorcist scared the hell out of me in 1973, and I didn’t watch another horror movie until 1980.That was Friday the 13th! Fortunately for me, Tom Savini, our special effects guru, invited me into his cabin to see how the gory magic was created. I was hooked! A fan for life!

3. How does it feel to be one of the most recognized Final Girls?

Pretty damn cool, right? Not to mention belonging to a great club of tough ladies who I respect immensely.

4. You took an extended break from being on screen, while working on ADR and voice acting. What made you want to return to the screen and how did it feel to be back?

As many of my campers already know, I encountered a nasty Stalker after Part 1 was released in 1980 when there were NO stalking laws. The ugly experience took its toll on me in many ways for a long time. In my mind, I felt unsafe and vulnerable performing on-camera, and so I delved into the wonderful world of voice-overs and looping. It was another fantastic career where I could escape and perform in-front of a microphone; instead of an audience who could see me and find me and track me down… if that makes sense.

I voiced 8 seasons on Melrose Place in the 90s and looped (my voice into others’ mouths) on so many incredible movies, including Titanic, Philadelphia, and What’s Eating Gilbert Grape just to name a few (www.adrienneking.com for more).

I came back to on-camera in 2008 with a strong female lead in a Mel House film Walking Distance (changed to Psychic Experiment, distributed by Lionsgate). The script was great. The edited film not so much, but it contains wonderful performances from Reggie Bannister and Debbie Rochon. It was so much fun to be acting again. I didn’t realize how much I missed the experience until I was back on the set.

I was spoiled with ‘Friday the 13th’. It was the perfect storm. The great casting, trained New York Actors especially, our bloody brilliant Betsy Palmer, Director, Sean Cunningham, Susan Cunningham, Savini, and Manfedini — just some of the geniuses that came together to create this legendary cult film.

I have two new films coming out later this year that I’m quite excited about, so keep a lookout for KILLER THERAPY with PJ Soles, and The Girl in Apartment 3 — I play a Police Detective in this psychological thriller! 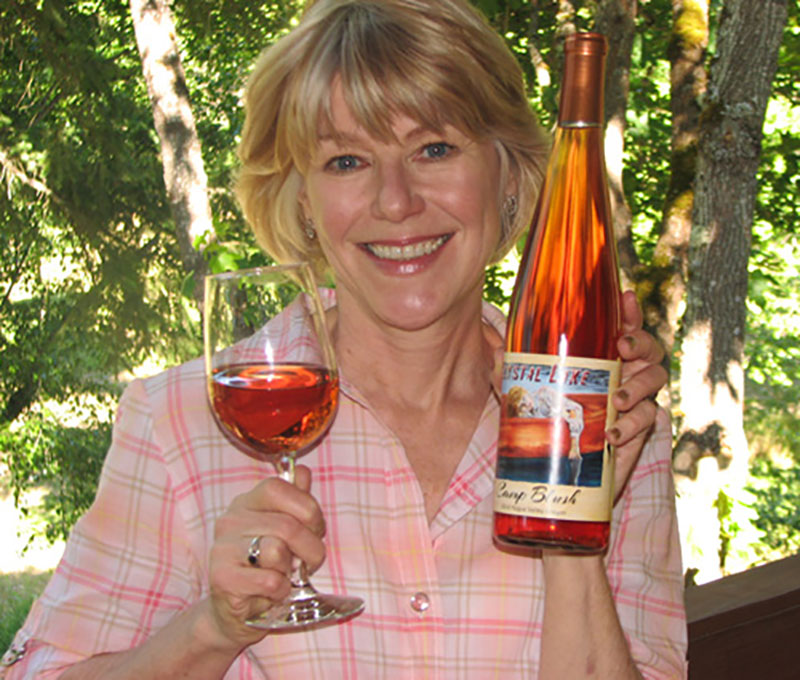 5. I know you’re currently a very accomplished wine maker, and your Friday the 13th wines have become a fan favorite. Can you tell us how you got your start in wine making and about your wines?

I am so proud of my Crystal Lake Wines, which celebrates its 9th year this Spring!

I just returned from the Screamfest LA Fears & CHEERS event at the Chinese Theatre in Hollywood, where Crystal Lake Wines hosted a Friday the 13th Part 2 screening of over 300 Campers! Fabulous turnout and feedback!

I partnered up with the oldest & finest family run Winery in Southern Oregon. We chose Valley View as our favorite winemakers in the Applegate, and they asked me to join their family in 2010. I got my liquor license, ran the Winery’s tasting room for a year and learned so much. It was during this time that we came up with the idea of creating a Facebook page: Crystal Lake Wines by Adrienne King to see if there was any interest in a genre-labeled fine wine. Well, it blew out their website, and we knew we were onto something! We launched our first bottles of Chardonnay and Cabernet Sauvignon soon thereafter.

I painted the labels of Alice in a canoe and signed the bottles. Then I got clever with names like Survivor’s Syrah and Cabin A Sauvignon with a new painting for every varietal and vintage! Once I convinced my Campers to open their Crystal Lake bottles, drink the fine wine, save the empty bottles (put a candle in it and recreate the Part 2 Shrine to Mama Voorhees) and order more wine… we were on our way!

We haven’t spent a penny in advertising in nine years; just fantastic word of mouth and social media! I’m having so much fun, and my Campers love the delicious Oregon fine wine. Cheers to Friday the 13th! The gift that keeps on giving! 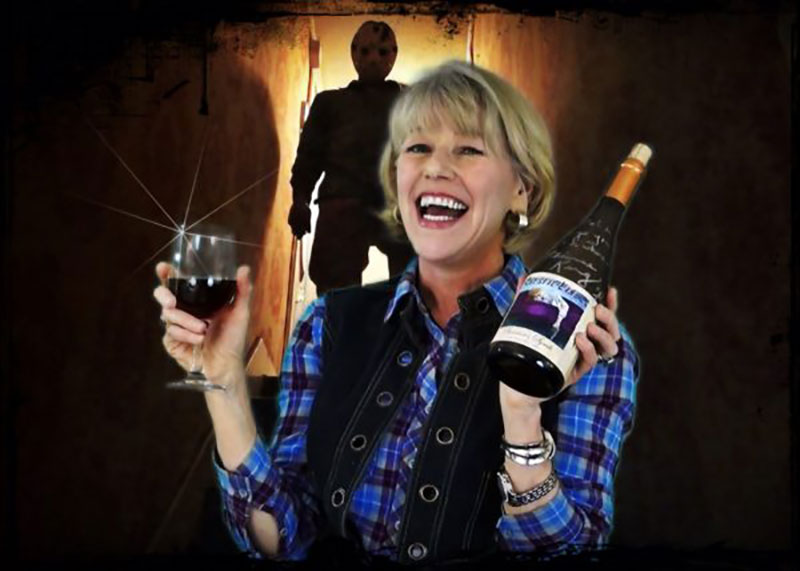 6. You’re very familiar in the convention circuit. Do you ever find it hard to connect with fans after your stalker?

Great question. Not at all. My fans, who I call my Campers, and I connect readily. We usually have much in common. We’re all Survivors. Horror is our bond. We’ve all gone through something horrible at some point in our life, and sometimes it’s about how we get back to our whole self again. No one gets through this lifetime unscathed. The Horror Community is our family where we can feel safe and not judged.

My stalker was not a horror fan. He was a psychopath with desires to control me and my world.

It wasn’t until I attended my first real Horror Convention in New Jersey in 2004 when asked that I explained to a packed house some of why I’d disappeared from on-camera after 1980. At that moment, I felt the last tiny bit of my heart heal. I experienced enormous waves of concern, care and love from the immense audience of my Campers. We cried together. We shared the pain. Connected for life.

To so many, it’s about if I, Adrienne, can fight back and survive a seriously real nightmare and yet be so happy at this stage of my life, then hopefully you can, too.

Alice and I have a lot in common. We’re both touchstones for surviving and making it through that long and brutal night. I am here to empower women, especially, but I am here to empower the underdog, the bullied, the overwhelmed. If I can do it, survive and fight my way back to being whole and happy… then take that from me and feel my strength. But remember it takes time. Allow yourself the time to heal. 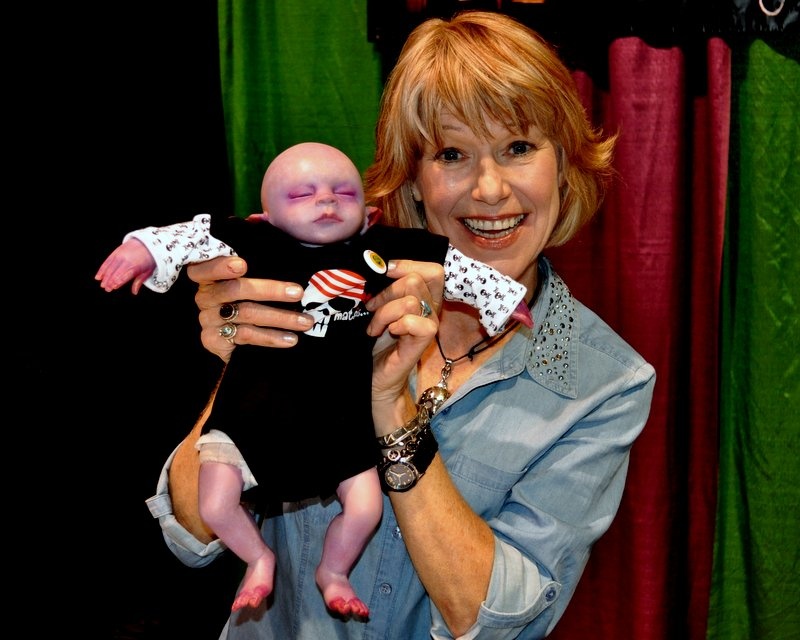 7. What does Women in Horror Month mean to you?

It’s wonderful to be recognized and included with so many incredibly talented individuals. We have to support one another! I have such respect for so many of my colleagues who have gone on from acting into directing and producing as well; for instance: Deborah Voorhees and Debbie Rochon.

8. Any words of advise for anyone just starting in the genre?

Be careful, and don’t forget to double-check your props! Especially “retrackable” ice-pics!! Also, be open to various aspects of your chosen career. It’s a wonderful way to learn and network. 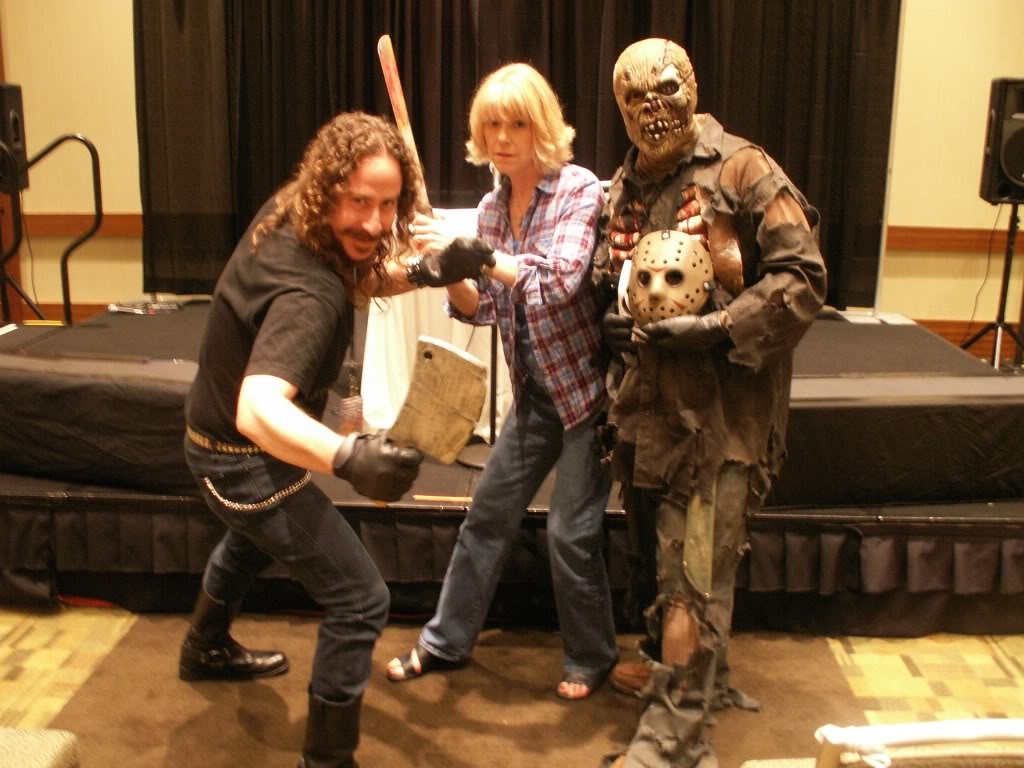